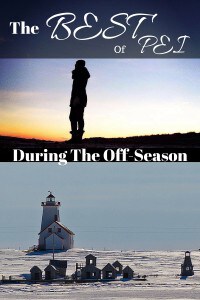 Prince Edward Island is the smallest province in Canada and is known as the “Birthplace of Confederation” because the capital city, Charlottetown, is where the idea of Canada was born. The Island history dates back thousands of years before that to the early Mi’kmaq settlement.

Although small, PEI has a mighty tourism industry that draws crowds by the thousands each and every year during the summer. This remarkable island has thousands of miles of sandy beaches (including Basin Head which was voted Canada’s #1 beach), is Canada’s #1 golf destination, and is the proud home of Anne of Green Gables.

Don’t be fooled into thinking that the summer is the only time of year to visit Prince Edward Island, especially if you’re the kind of traveler who wants to beat the crowds.

Here is a few of the of the best things to do in PEI during the off season. 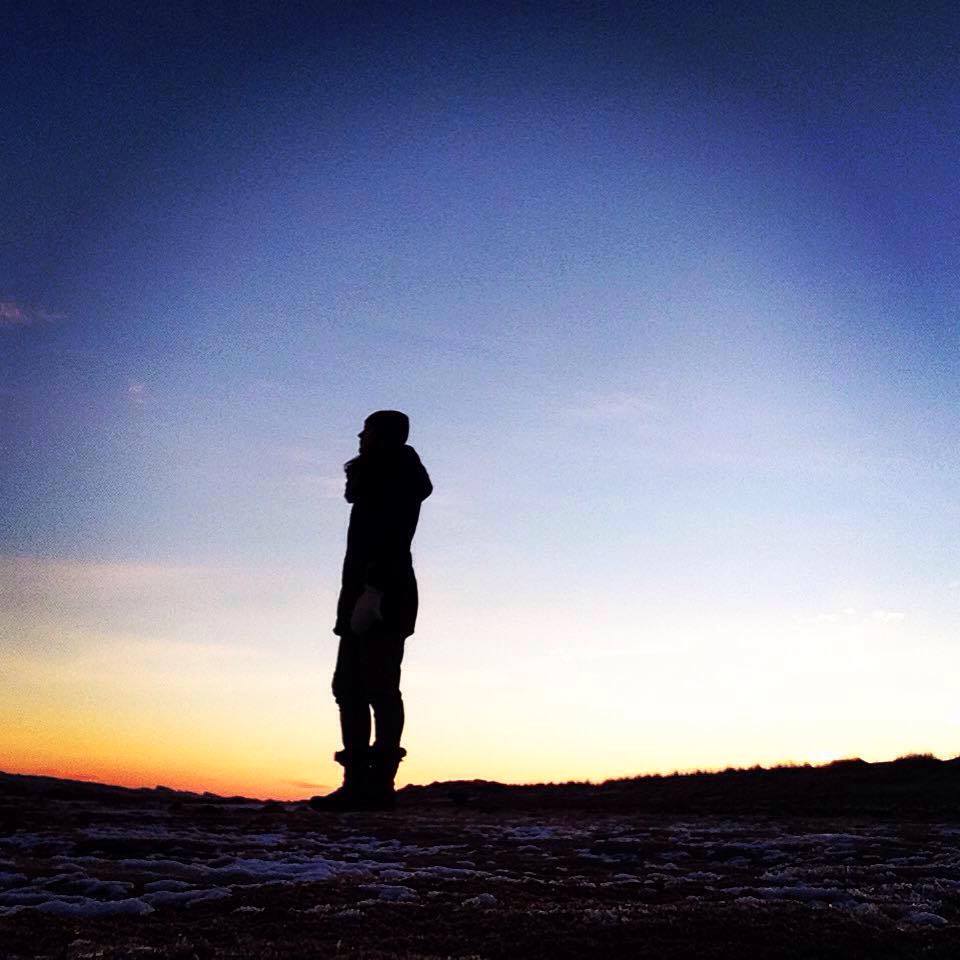 I know I said that the beaches are a summer thing, and they are, but trust me when I tell you that they are gorgeous in the off-season as well. You may want to leave your bathing suit behind and refrain from taking a dip, but PEI beaches in the off-season are a beautiful place to watch the colors of the sunrises and sunsets dance in the sky, go for a walk, and take some stunning pictures. 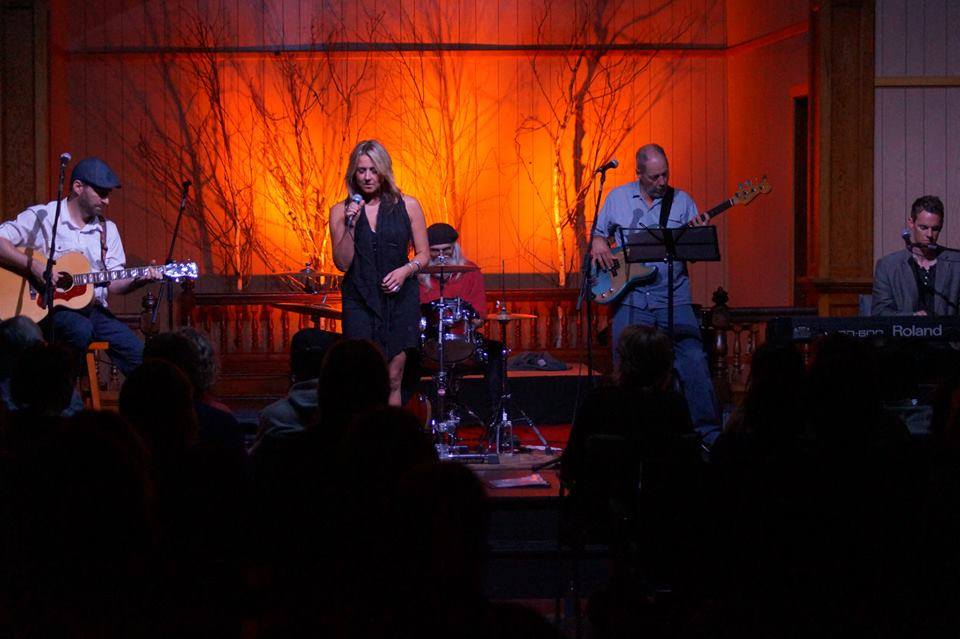 If you won’t be around to check out the Cavendish Beach Music Festival in July (maybe country music isn’t your thing) or any of the other fun summer festivals, you can still have a great night out in PEI with live music all year round.

Since PEI is a province on the east coast of Canada, many people get the idea that we have a lot of Irish and Celtic music. While this is true, the blues scene has, over the past few years, become a new and different way to get out on the town and enjoy the nightlife.

, drawing large and upbeat crowds to their events. The fun thing about going out in Charlottetown is that you might see them on a big stage, in a small pub, or at a house party.

Other well known musicians from PEI that you’d be lucky to see, on the Island or away, are Paper Lions, Two Hours Traffic, and Death Valley Driver. 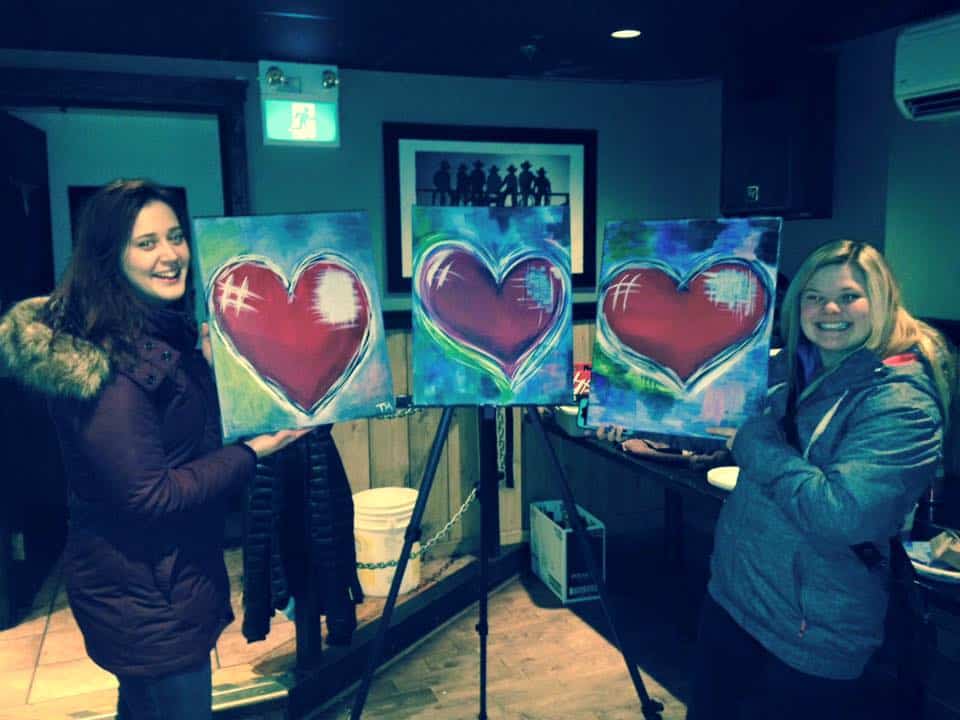 Art After Dark is a social painting experience where participants are given everything they need and are, as a group, led through creating their own masterpiece. The events are held at local hot spots across the Island where you can arrive early, have a few drinks, meet a new group of people, and go home feeling more pride then the time Mom stuck your smudged handprint painting on the fridge.

I can not stress enough that my stick people come out looking like tic-tac-toe boards so if I can do this, anyone can.

Maybe you like the idea of having a few drinks and seeing a masterpiece be born but don’t want to be in control of the paintbrush. In that case, head down to PEI Brewery for one of the Art Battles where you can hang out and watch talented artists battle it out on the art floor. 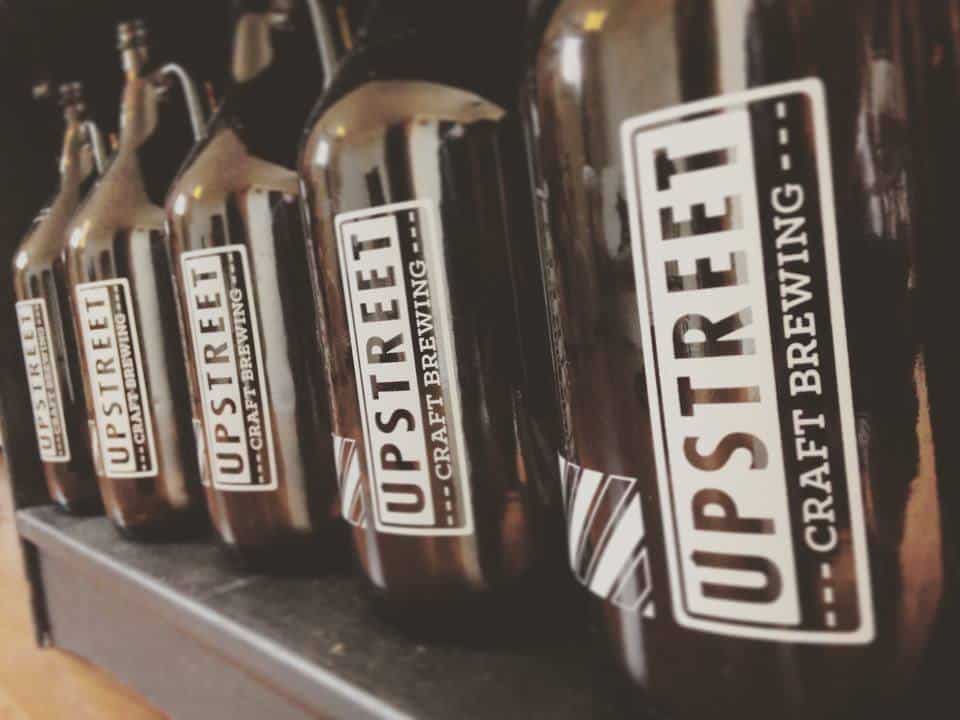 Speaking of beer and art, UpStreet is the latest, hip, new brewery in Charlottetown that is collecting proceeds from the sale of every Do-Gooder APA and donating it to local artists and community groups to help support local arts.

Not only can you have good beer with good people, they also have a ton of board games to play.

It’s so hipster it hurts.

And I love it.

You can become a member of The Mug Club which gives you your very own hand-made mug and discounts on merchandise and refills and why aren’t I part of the mug club yet?

The Beauty Of The Outdoors 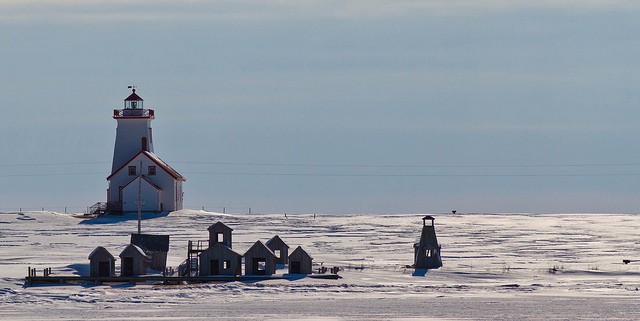 Photographers rejoice! PEI’s ravishing landscape has a certain charm in the winter that will keep you busy for hours on end. The best part is, nothing is too far away for a day trip.

If you’re an outdoor enthusiast who’s always looking for the next adventure, don’t be fooled by PEI’s long rolling hills relatively flat land.

Brookvale Provincial Park is a winter activity park that has lots of fun activities for winter enthusiasts of all ages, including x-country and alpine skiing, snowboarding, camping and snowshoeing.

Where are your favorite off-season destinations?

Canadian Destinations For The Literary Traveller

The Best Beaches in Canada