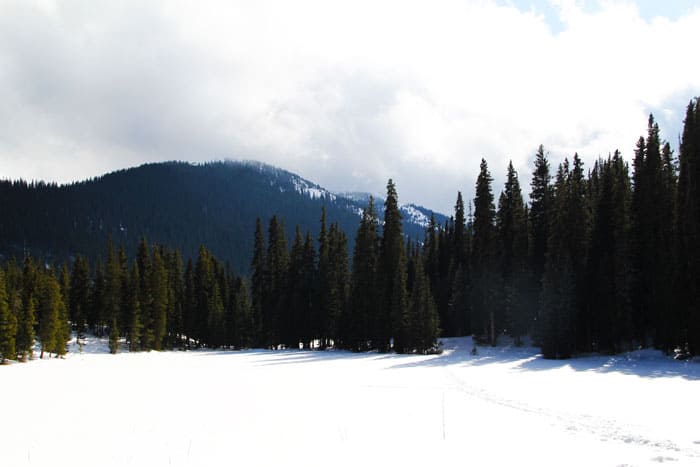 Before I went to college in Vermont, I had some serious illusions about winter camping. I.e. I thought it was going to be fun. I thought it might become my “thing,” that I might get really into mountaineering and possibly even purchase my own set of crampons (!!!) and learn how to ice climb and maybe one day attempt Everest. Then I actually went camping in February in Vermont and my main takeaways were:

A) This is cold.
B) this is EXTREMELY cold.

C) I’m glad I did this, but never again.

I didn’t have a terrible time, but I didn’t love it either. I mean, seriously, what’s to love about sleeping with your water bottles jammed in your crotch, wearing five pairs of long underwear and constantly feeling like you’ve misplaced your nose? Nothing, literally, nothing to love.

This winter, however, I discovered a new way of winter camping, one that appeals to me much more — it boils down to this: rent a damn yurt. Specifically, one with a wood stove and bunk beds and a gas stove.

More specifically, this yurt, tucked high in the mountains in Northern New Mexico: 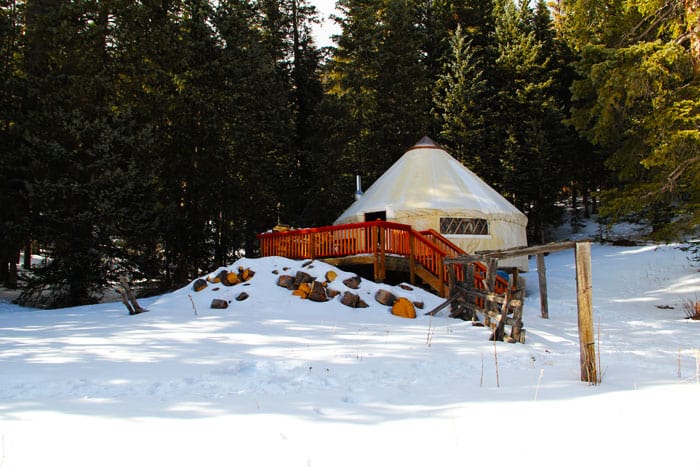 This yurt, named the Bull of the Woods yurt, is located three miles by trail above the Taos Ski Valley outside of Taos, NM. It’s open for rent most of the year, either for one night or several. And the best part? It has a wood burning stove, a propane cook stove and drinking water that it is, amazingly enough, still in its liquid state. How awesome is that? Apparently there are lots of yurts and cabins like this in the Rockies, which that was news to me and opened up an opportunity for a winter camping redemption. I mean, I can really get into this kind of winter camping.

In early December, I spent a night here with my boyfriend and his family. The hike in is relatively easy, although possibly strenuous for those not used to the altitude (~10,000 ft). Macky and I hiked in late in the afternoon, so the light was dimming as we arrived, and the others had already started a fire in the yurt. The windows glowed orange and smoke puffed from the chimney. It was idyllic. It was beautiful. And most importantly, it was warm. 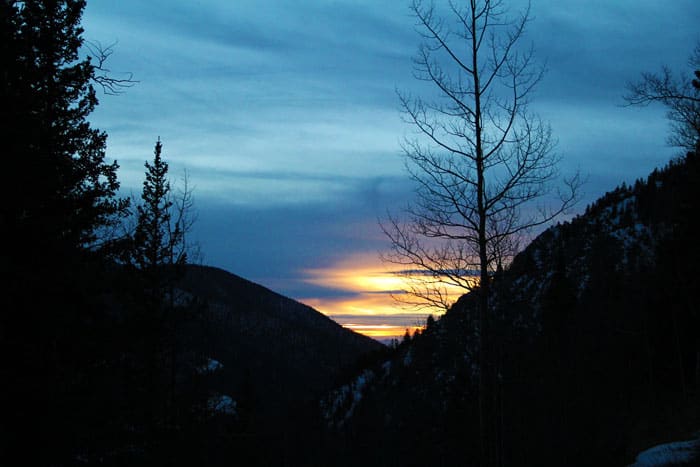 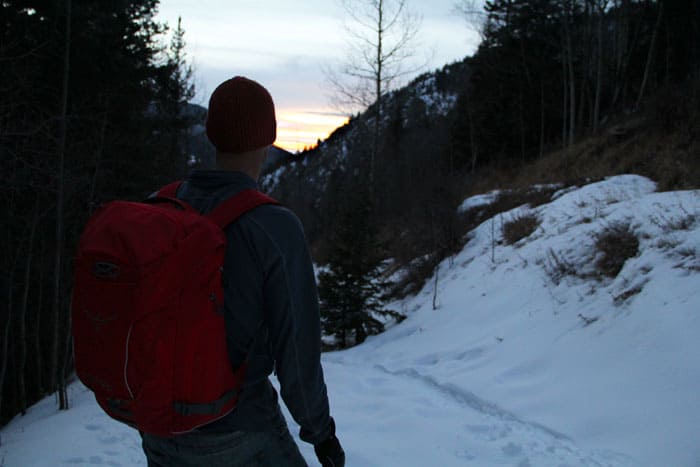 We pulled off our boots, hung up our coats and dried our feet in front of a lovely crackling fire. Then we made burritos and spent the evening playing Bananagrams. We slept on real mattresses and suffered no danger of frostbit noses. In the morning we made oatmeal, talked around the fire and then, of course, organized a full scale snowball fight. 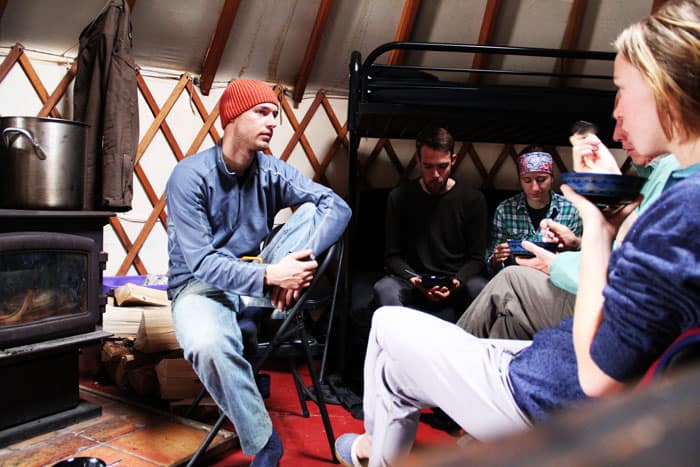 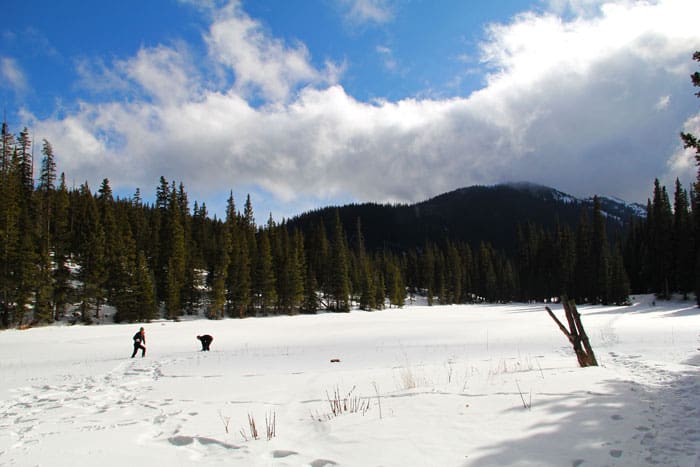 This is, in my opinion, exactly how winter camping should be. All of the camaraderie, none of the frozen water bottles and frostbit toes and insufficient zero degree sleeping bags. All of the snow ball fights, none of the worries that a wet undershirt might have deadly consequences.

For more info, about yurts in Northern New Mexico, check out this site.

How do you feel about winter camping? Yay or nay? Would a wood-heated yurt change your opinion? Would you rather be warming while camping in New Zealand?