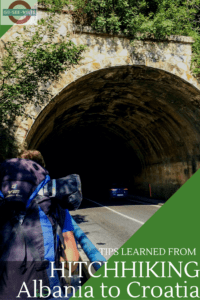 It all started with a brief conversation in Tirana, Albania; the same conversation backpackers have over and over again in hostels all over the world. The “Where are you coming from? Where are you going” conversation. This time, it ended in an adventure I never imagined for myself, which in this case meant hitchhiking in Croatia, Albania, and Montenegro.

Where are you going next?

I’m hitchhiking my way to Croatia.

I’m going to Croatia, too! Hitchhiking…hmm…can I join you?

I was lucky the Andi, the Austrian hitchhiker at my hostel agreed to let a random American girl join him on part of his adventure without knowing anything about me. He later told me that he agreed because female companions make male hitchhikers appear less threatening. Plus, it was going to be fun!

The following day we took a bus to the outskirts of Tirana and began walking along the highway. In theory, hitchhiking sounds easy. It is easy in many parts of the world, but it’s also important to know what you’re getting yourself into, in this case starting with what it is like to hitchhike in Albania.

Be prepared to walk

Hitchhiking can involve a lot of walking. It’s much easier to get picked up for rides when on a main road on the outskirts of town than in the center. We walked from the center of Budva far outside of town in the blistering summer heat because the center of town was too busy and the drivers would have had no idea which way we were heading.

Just remember that you need to dress properly to hitchhike as well. That not only means dressing conservatively, so you don’t appear too scary to the drivers picking you up, but also dressing comfortably enough to walk a good bit when needed.

Sometimes you have to wait

Not everyone is going to want to pick you up immediately. Andi and I waited aside highways for an hour or more at times before we found a driver willing to pick us up. It’s frustrating; I found myself wondering why someone wouldn’t want to pick up two friendly looking backpackers like us. We were tired, hungry, and sweaty, but we had no choice but to keep trying. Patience is key; eventually you’ll hitch a ride!

In my experience, the waits were less long when we were hitchhiking in Albania and Montenegro, but hitchhiking in Croatia took a lot longer to get a ride. I think that’s likely because Croatia sees more tourists than the other two countries, but I’m not sure. 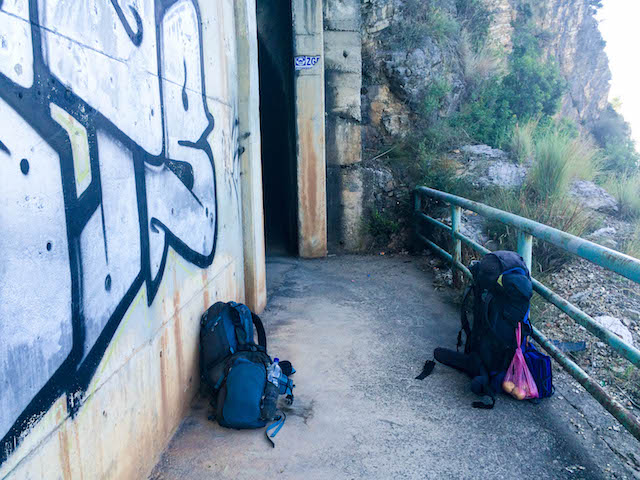 You won’t always know where you’re going to sleep

Whether you have an end destination in mind each day or not, you might not always get there by nightfall. I had one request while hitchhiking to Croatia: I wanted to stop in Kotor, Montenegro for a night. We didn’t expect to also stay overnight in Budva, Montenegro, or Makarska, Croatia, though both turned out to be cool experiences and a chance to see a bit of each city.

It is this unexpected and unplanned part of hitchhiking that makes it the most interesting way for me to travel. 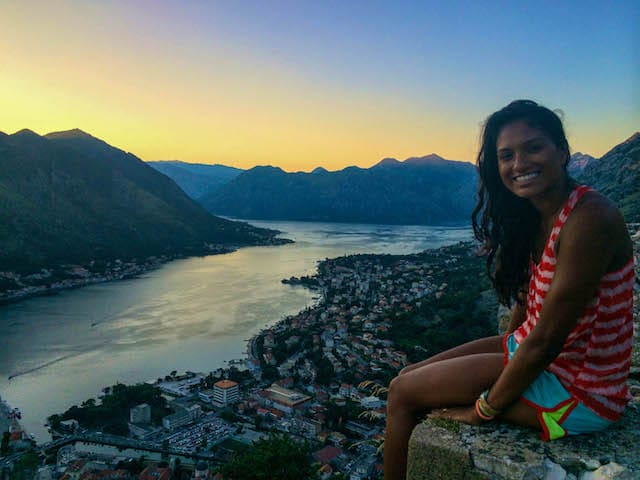 I quickly learned the basics: stick your thumb out, try to make eye contact (though that’s hard with drivers in moving vehicles), and smile. We never used signs although a lot of other hitchers we bumped into along the way did. Signs could either dissuade a driver from stopping because they aren’t heading to the end destination or persuade a driver to stop because they know where you want to go. I’m definitely going to make a sign the next time I hitchhike and see where it takes me.

I’ve been told that I’m crazy for hitchhiking in Albania, but it’s actually very common to hitchhike in the Balkan countries, and safe and we found that to be true not only hitching there, but also hitchhiking in Montenegro and Croatia as well. Trust your gut, as you should while traveling anywhere.

Gauge the situation when a car stops and you’re speaking with the driver. I felt safe hitchhiking with a male travel companion for my first time. I might not be inclined to hitchhike alone, but I’d certainly do it again with a male or female companion in other parts of the world. 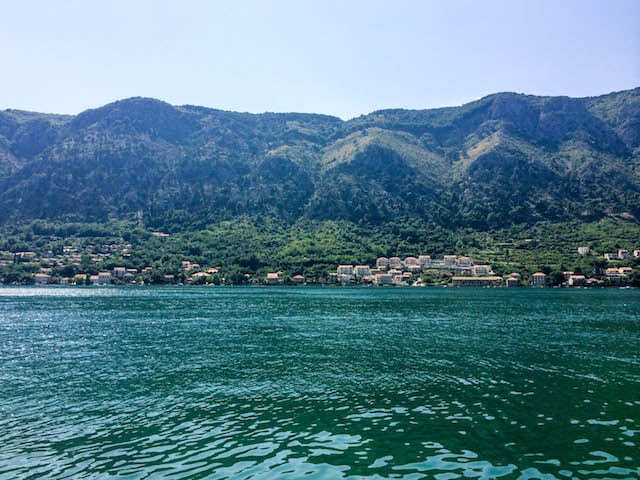 It helps to speak different languages

Luckily my hitchhiking partner spoke German, some Italian and some Russian. I didn’t expect that all of these languages were useful on our trip! A few of our hitch rides spoke English, but many people from the Balkans were more comfortable speaking in Italian. It was interesting when we couldn’t communicate well, like with a group of Russian teenagers. We bonded over the hip-hop music that was blasting on the stereo instead of driving in an awkward silence.

Get to know your drivers during the rides

You’re going to meet kind strangers with interesting stories. It’s amazing how friendly and kind strangers can be. Among countless rides, we were picked up by a sweet Albanian man who chartered a yacht in Greece and stopped to treat us to juice and coffee while learning his life story, and met a wonderful Romanian couple that drove us from the Montenegro border to Dubrovnik, sharing their wedding story and photos of their baby daughter. We met an Albanian family that drove us out of their way because we were in a slightly unsafe area and an older German couple that drove us past their destination in Croatia so that we wouldn’t have to walk further. We talked, laughed, and indulged in the jaw-dropping Balkan seaside views together.

When you have no real plan but an end destination in mind, hitchhiking is a perfect way to have a spontaneous adventure.

5 thoughts on “Tips Learned from Hitchhiking from Albania to Croatia”