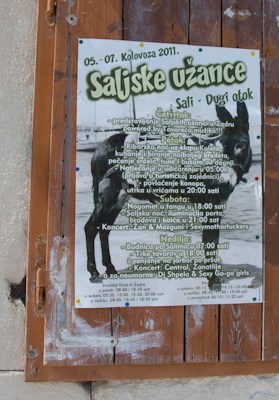 A few months ago, I had the chance to do the Running of the Bulls in Pamplona. It is the most famous festival of its kind in the world. Hundreds of thousands of people show up to watch or participate. Hemingway wrote ‘Sun Also Rises’ which revolved around it.

The Donkey Race at the Sali Summer Festival

It is an event that can only happen in a small town. And one that I am exceedingly grateful that I stumbled upon, during my month in Croatia.

At the beginning of August, the sleepy little town of Sali (population 1,688), on the island of Dugi Otok holds its three day summer festival. Sali is easily accessible from the mainland by means of a hour-long ferry ride from Zadar. 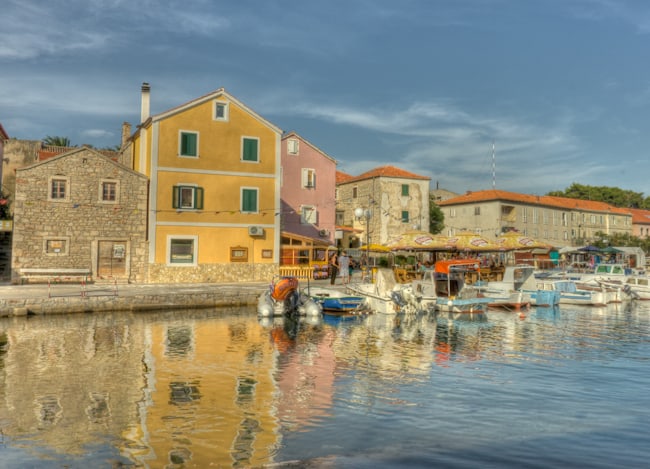 part of the picturesque, and rather tiny, harbor in Sali

The festival consists of three days of food, drink, music, and assorted sporting competitions, such as sack races, scooter races and a tug-of-war competition, but the whole thing culminates with the soon-to-be-famous Donkey Races late Sunday afternoon.

The donkey races run a big U from one of side of the harbor to the other. I didn’t realize until I got this photos up on the computer what I enjoyed the most, which is the contrast of expressions and emotions you can feel from the donkeys and the riders. 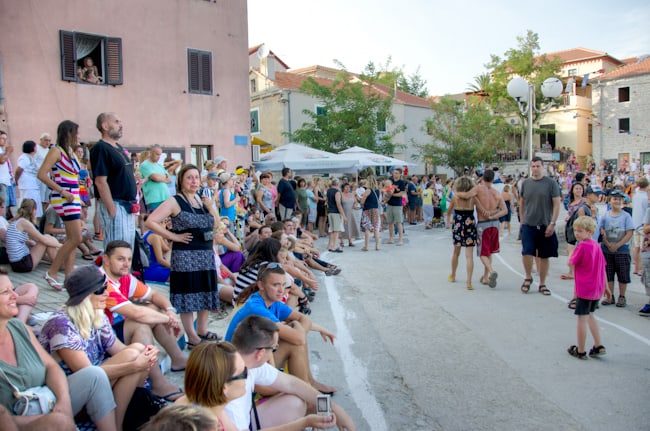 the crowd gathers on the race track, carefully marked off in white paint

Unlike the Running of the Bulls, the crowd in this particular endeavor can get much more up close and personal with the beasts. Just stand behind the white lines and get ready for all the high-speed racing excitement. 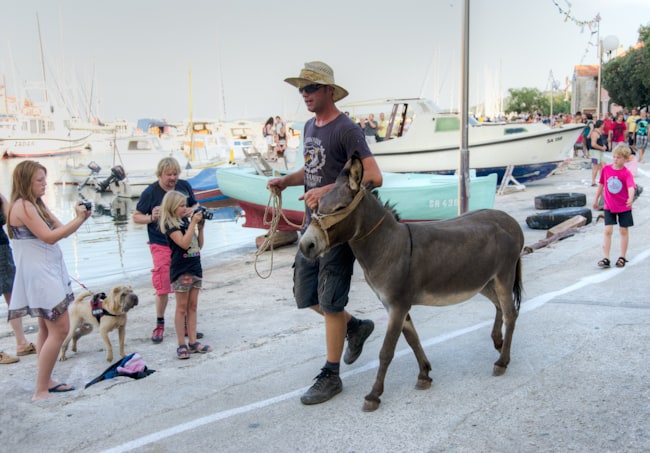 the pre-race walk of the donkeys by the crowd... reminded me of the Kentucky Derby

Before the race, the donkeys, their riders, the Donkey Band, and local dignitaries assemble on one side of the harbor for some speeches and merriment. They they march around to the starting line — donkeys, riders, and dozens of locals of all ages in costume. 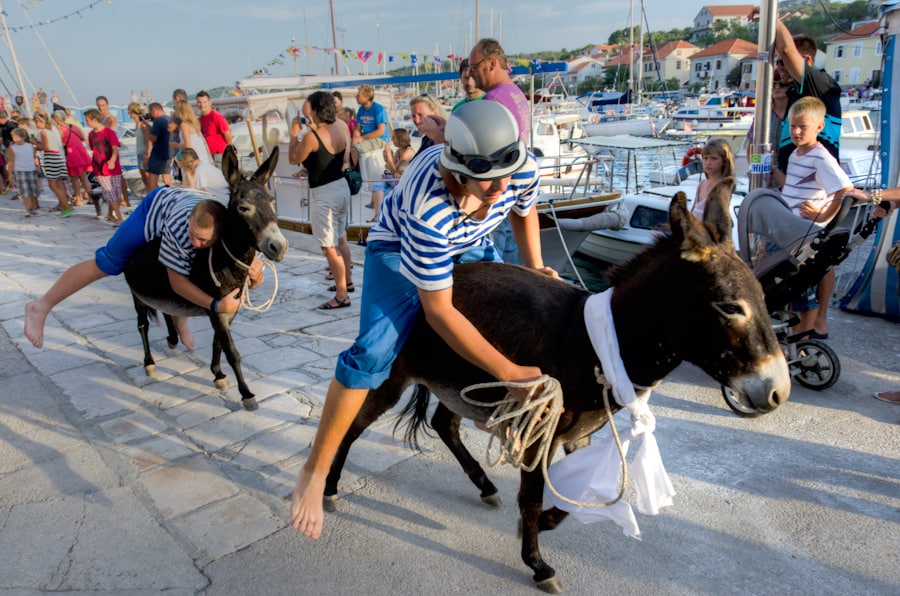 and they are off!! 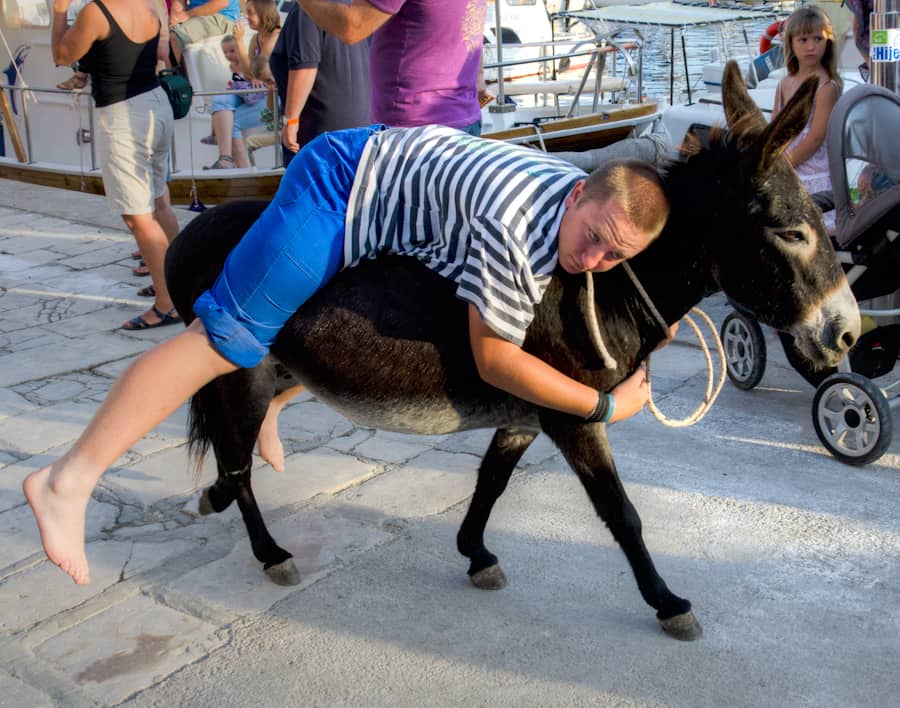 The intensity. The concentration. The Will to Win. 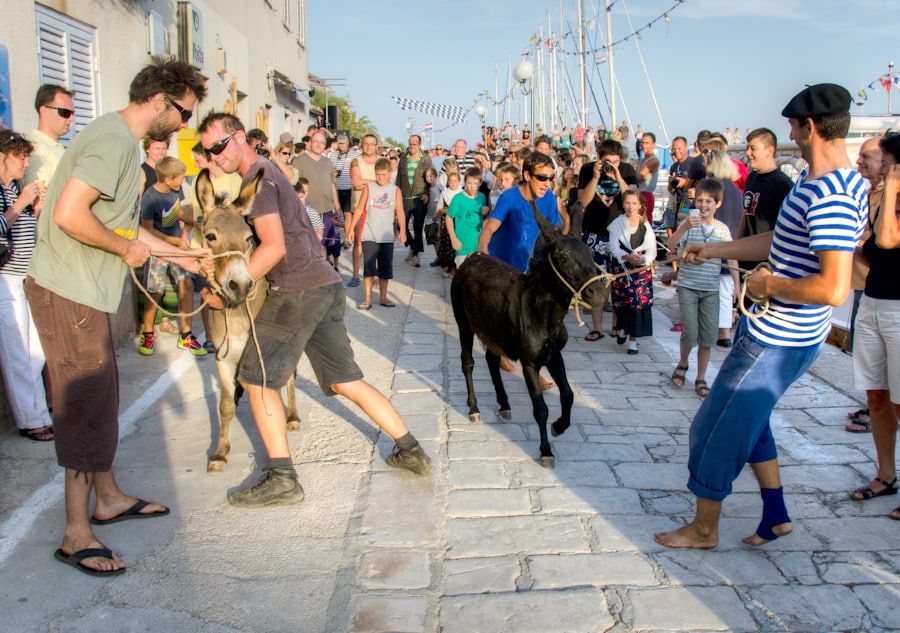 Push. Pull. Doesn't matter. Just get to the finish line. 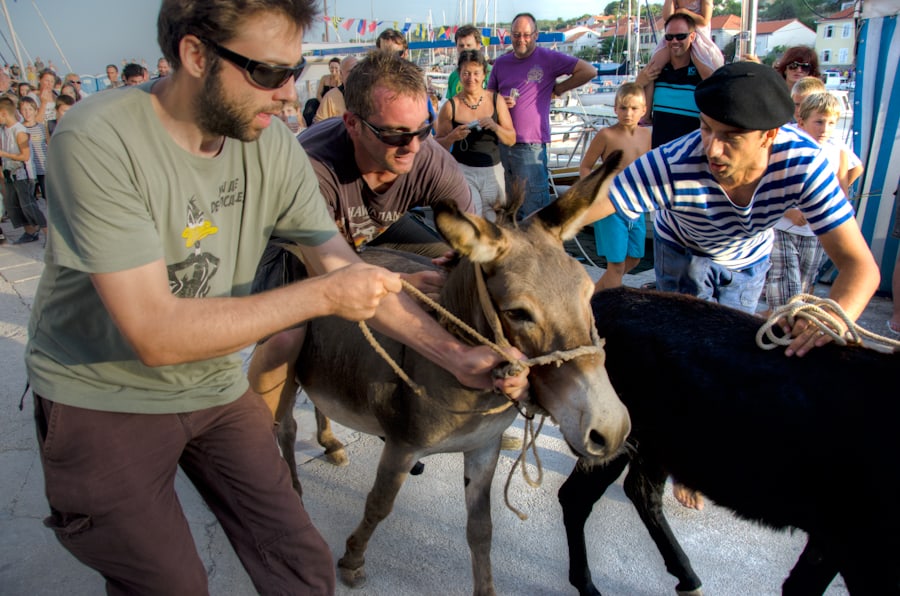 Come on... tell me that you aren't already booking a ticket to see this next year. 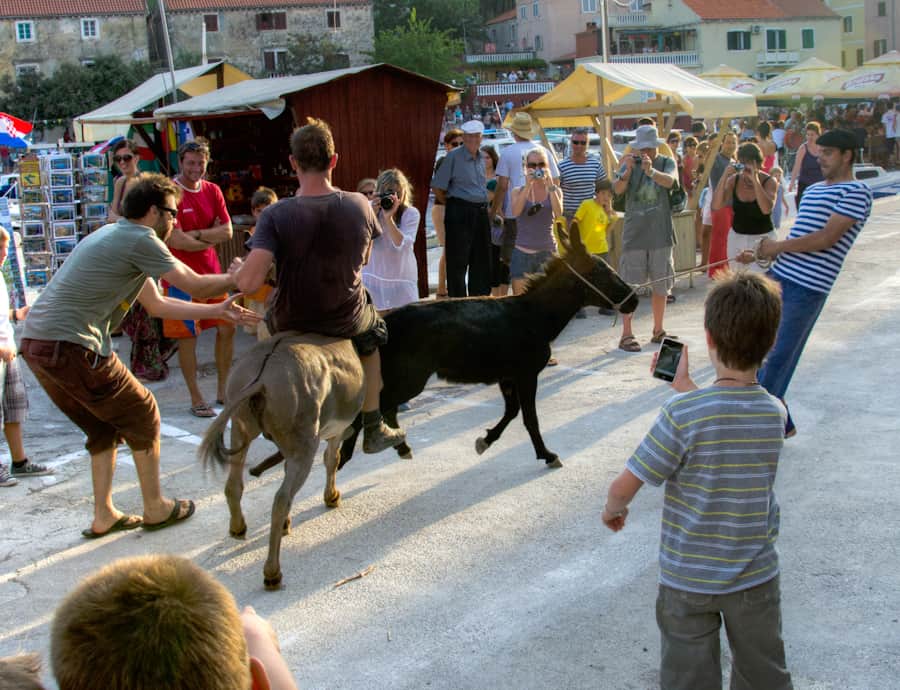 donkeys are famous for their obedience and training 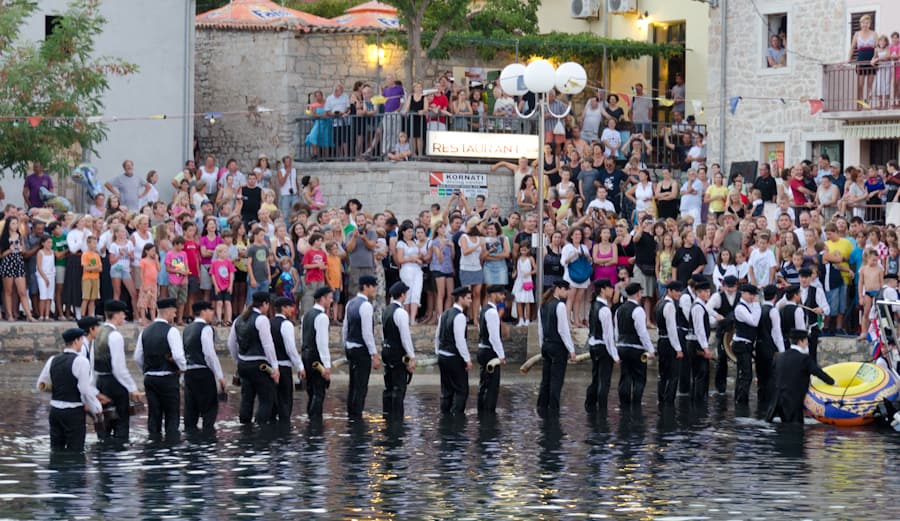 the "Donkey Band" finishes the festival by playing... in the harbor waters

The run a couple donkey races. The winners get a big prosciutto ham. Then, the Donkey Band takes a few tours around the harbor and everyone then gets back to the eating and drinking.

It was only a day trip, actually that turned into an unexpected overnight trip without my bag when I couldn’t get a ticket back on the return ferry, but it was one that I was happy to have stumbled across.

Nobody ever lives their life all the way up, except bull-fighters.

Running with the Bulls in Pamplona