A well known fact about me is my obsession with everything music-related. In fact, I once thought I wanted to go into music management at one point and even start my own festival – well, I guess that dream is not completely dead, once I retire from writing, that is.

When I was living in Australia for a year, I decided to try out this whole music management idea by volunteering at a bunch of festivals for the summer. I hitchhiked, learned the ins and outs of festival camping, volunteered by myself, or with a friend if I was lucky, and basically did everything in my power to get to as many festivals as possible. 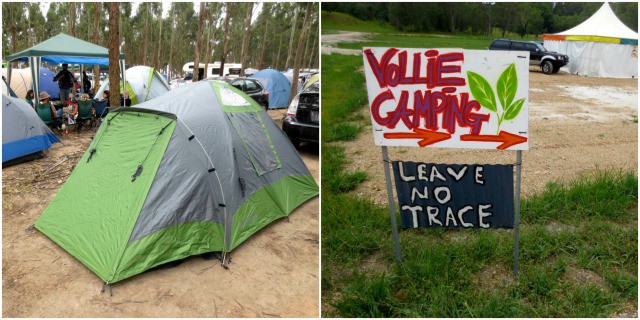 The result was a string of fun memories with new friends and good tunes to the backdrop of the stunning Australian bush. Australia is constantly coming out with a ton of quality artists every year and, dare I say, Aussie music tastes are pretty impeccable. 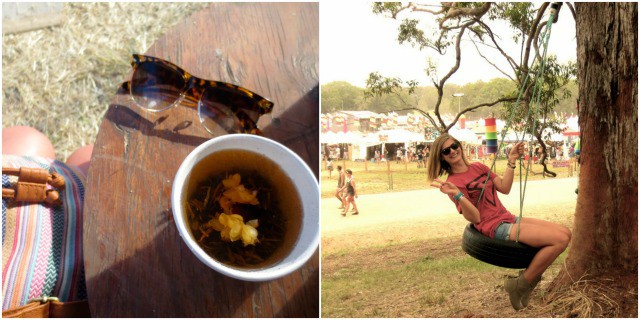 If you’re heading to Australia, especially in the greater summer months, you should think about attending a festival while you’re in the country. Music is very much a part of Australian culture and just another facet to enjoy about life down under. And the great thing about the large festivals is that they’re “roaming” festivals, meaning the same festival happens in multiple places around the country. This is especially key in as big of a country as Australia, and just goes to show how much they love their music.

I went ahead and asked a few of my Australian friends to name their favorite festivals, and combined that with my own experiences from a summer traveling around the rural parts of the country. This is the short list of what we came up with, in order of when they happen during the year.

Electronic/Rave. End of November; NSW but closer to Melbourne than Sydney

Strawberry Fields is a festival that describes itself as an indie electronic rave in the Australian bush, it would have to fall into the most unique festival I went to throughout my time in Australia.

The festival is technically located in New South Wales along the Murray River, but much closer to Melbourne, only about a 3 hour drive away. This festival was adventurous from the start. Volunteering by myself at this one, I found a ride there with a random assortment of people and had to hitchhike back to Melbourne at the end of it. What I found in between that time was another whole story. 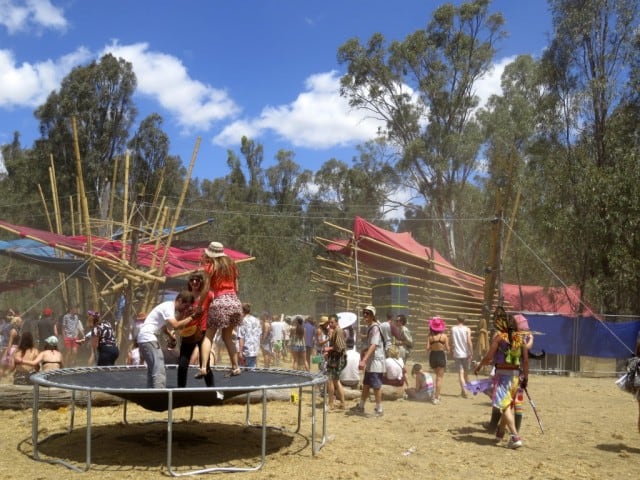 Strawberry Fields is exactly what you would think an electronic rave would be, with a lot of open drugs, morning Tai Chi, and all night parties with a fist pumping bass beat that vibrates your tent as you fall asleep. The aspects that stuck out to me were the unique art installations and random items that would pop up out of nowhere, like the huge trampoline that showed up near the main stage on the last day.

Electronic music is not my favorite genre but I still managed to have an amazing time at this one. However, if you can’t stand the thought of being around electronic music for more than a couple of hours, you may want to skip this one, as the music is nonstop for 3 days straight and you can hear it throughout the festival grounds.

If there is one word you should know before you head to this festival, it’s “doof” the Aussie word for outdoor rave.

Meredith always brings back fond memories and it still is one of my favorite music festivals in Australia, along with Falls Fest. What I love about Meredith is the hometown local feel to the festival. It’s the one the cool kids attend without making a big deal about it. In a word, it’s nondescript.

I met the nicest people at Meredith than any other festival I’ve attended in my life. I mean, there’s even a no dickhead policy. If you’re being obnoxious, you’ll swiftly be kicked out of the festival, how cool is that? Everyone was actually there to make friends and have a weekend away to enjoy the present. Meredith brought a more diverse range of people together, there were many more middle-aged and older types, as well as 20-somethings, but I enjoyed that type of diversity and what kind of music that brought to the stage. 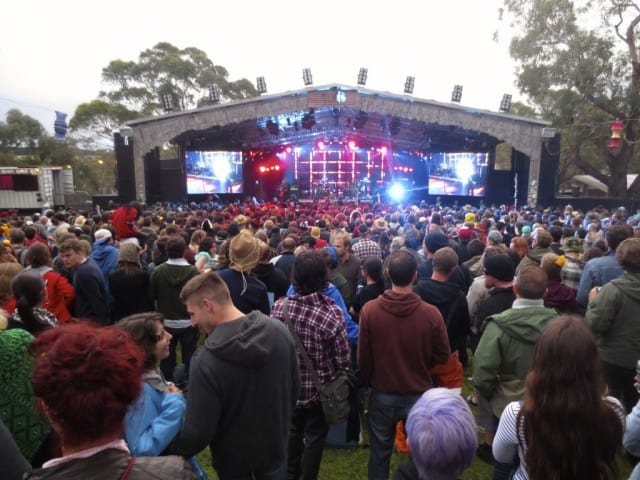 Even the toilets were clean. They use waterless composting toilets that are completely green. No flushing, just a bit of sawdust, and they’re easily the cleanest and least smelly toilets I’ve come across at a festival, which is a huge feat.

What’s great about Meredith is that it’s small and there is only one stage, so from the start it feels like a communal festival and one to share with everyone. We saw artists from Oliver Tank to the popular 70’s band, Chic, and festival-goers were equally into every band that came on stage.

To go to Meredith, you can’t simply buy a ticket like most festivals. Because they’re so adamant about keeping the size small, you can only enter into a lottery and hope that you get chosen.

Also, it’s popular to bring couches to Meredith and line them up at the back of the stage, so if you have a car that can carry a couch, by all means get into the festival spirit! It’s a great way to make friends. And make sure to stay until the last day so you don’t miss out on the Meredith Gift, or the world’s greatest nude footrace. Believe me, it’s hilarious.

Another one that brings back fond memories, Falls Fest is the perfect way to spend New Year’s Eve with thousands of your closest friends. The year I went to Falls Fest in Byron Bay, the music was untouchable, from The Roots, to Vampire Weekend, London Grammar, Bonobo, Grizzly Bear, and The Paper Kites, just to name a few.

Falls Fest is one of the largest festivals in Australia, with multiple stages and some of the biggest artists of the year. Think of it as the Coachella of Australia, but with less vapid and rude crowds. 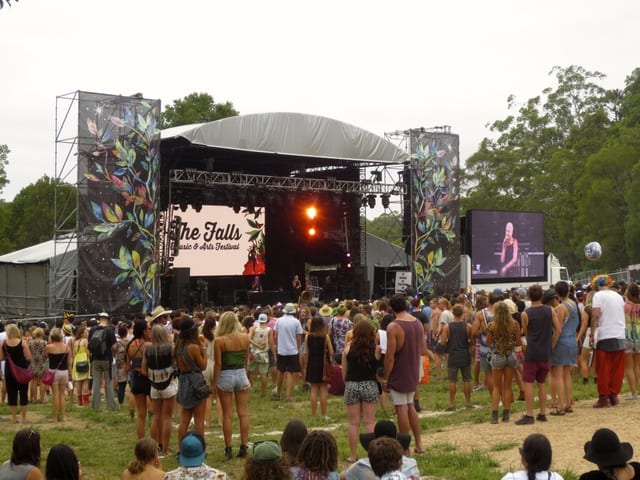 Falls Festival is one of the roaming festivals that takes place in multiple areas around the country. Byron Bay is the most recent location they added on to, but they also have festivals in Lorne (Victoria) and Marion Bay (Tasmania) around the New Year as well.

There are a ton of vendors and food stalls at this festival, and to get from one end to the other it took about 20 minutes of walking without too much foot traffic, so make sure to bring good shoes! If you have a choice to go to one festival in Australia – this is the one to go to. It exemplifies some of the best aspects of Australian culture, music tastes, and friendliness, and personally, I can’t think of a better way to ring in the New Year.

This six day festival is another way to ring in the New Year, the Australians clearly know how to celebrate New Year’s Eve properly. Woodford is a huge folk festival held north of Brisbane, in the rural town of, you guessed it, Woodford. The festival hosts over 2,000 performers, 35 performance venues, and 438 events. 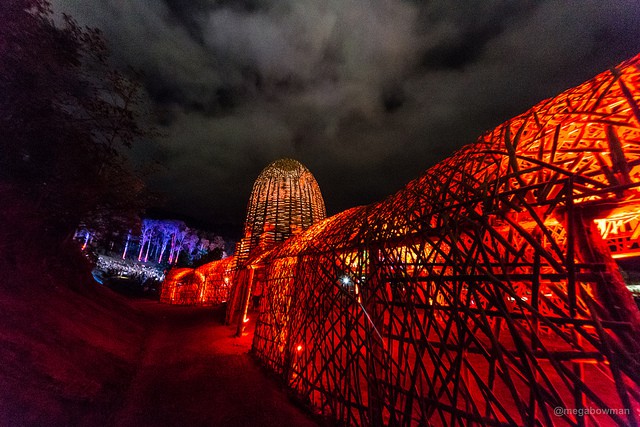 Although there’s definitely music involved, especially in the folk and world genre, this festival is a mix of street theatre, writers’ panels, film festival, comedy sessions, folk medicine, and craft workshops. There is even an entire children’s festival. In other words, you won’t be able to experience all the goodness in six days, but you can enjoy what you do get to and experience a little bit of everything while you’re at it.

If you’re looking for a good way to ring in New Year’s Day, Field Day is a one day festival in Sydney that hosts quite a few top performers each year in the indie/alternative genre. I can’t think of a better way to spend the first day of the year than on the sunny grass of the Sydney Domain, listening to live tunes from talented popular artists. 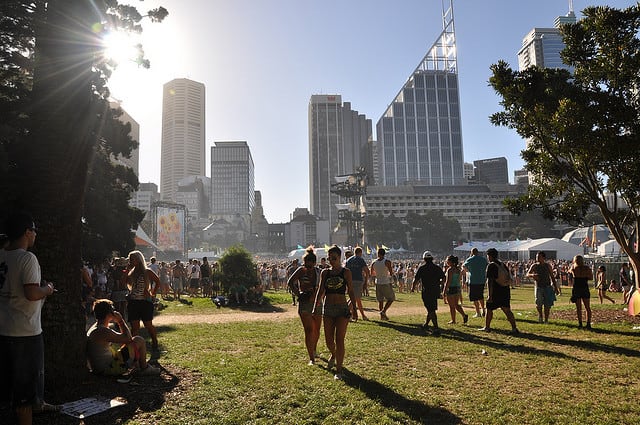 Similar to St. Jerome’s Laneway Festival, mentioned below, this a is great festival to attend if you’re either not a camping person, you don’t like the idea of a rural festival, or you simply want to keep the good times rolling into New Year’s Day.

Indie/Top 40. Late January – early February; all over Australia and even NZ

Originally a festival that started in Melbourne, with its famous laneways, St. Jerome’s Laneway Festival is a huge event that takes place all over Oceania every summer and beyond. This is another festival that hosts a lot of big names in the music scene, particularly the indie top 40.

Laneway can be seen as a more convenient festival since its whole premise is to be right in major cities. Because of this, you don’t have to worry about camping if that’s not your thing and there’s generally not much of a commute to get to the festival. 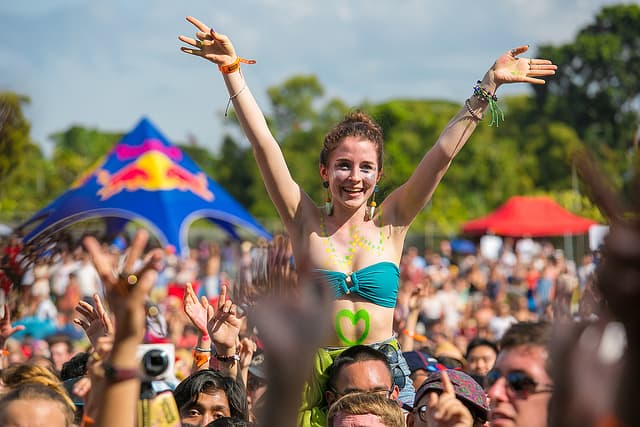 The organizers for Laneway got back to me only a couple days before the start of the festival in Sydney with a volunteer spot, so I unfortunately wasn’t able to attend due to work but I’ve heard great things about the quality of music and party at this one.

If you happen to be in Australia only in the middle of winter and still want to enjoy a great festival, check out Splendour in the Grass! Held near Byron Bay in July each year, Splendour in the Grass is the perfect festival to lift those winter blues with good music from the likes of bands such as Flight Facilities, Mark Ronson, Of Monsters and Men, and Tame Impala. 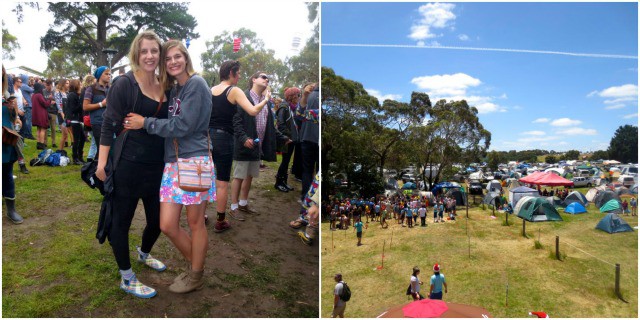 If you’re in Australia in the fall (early March), Golden Plains festival is located at the same place as Meredith and a fun one to go to as well. Also in March, the brand new festival called PANAMA, which started last year, is set in the beautiful Tasmanian forest and has received great reviews from its first kick off.

6 thoughts on “The Best Summer Music Festivals In Australia”