Southeast Asia is a place filled with color, spirituality, tradition and celebration. Everywhere you turn you’ll come across bright decorations, daily rituals and plenty of excuses to party. While festivals of all shapes and sizes are held in different places throughout the year, the five celebrations below are some of the most prominent and certainly worth the trip. 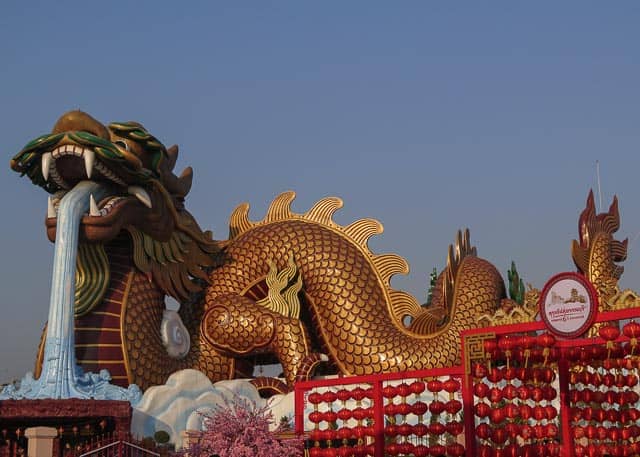 Chinese New Year isn’t only celebrated in China; large ethnic Chinese populations have spread the holiday through Southeast Asia as well. Families will join together to offer food and gifts to their ancestors while communities will put on parades, dances and shows combining some of the original Chinese traditions, such as lion dance performances, with local beliefs, practices and celebrations. Some cities that are particularly active during the holiday include Singapore, Ho Chi Minh City, Jakarta and Kuala Lumpur. 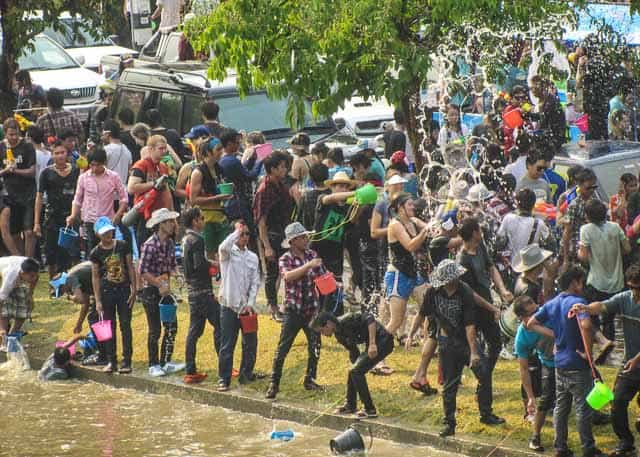 The traditional Thai New Year, Songkran is held over April 13-15th each year, essentially turning the country into one giant 3-day water fight. Businesses shut down and everyone, from toddlers to grandmas, take to the streets flinging water onto others and wishing good luck for the coming year. Visitors can join in the festivities throughout the country, but Chiang Mai is often considered to be the place to be – it’s crazy!

An incredibly spiritual and symbolic Hindu festival, Thaipusam isn’t for the faint of heart. Held in January or February by Hindu devotees around the world, the festival has a particularly strong following in Malysia and Singapore. Devotees pierce their cheeks, and often other parts of their body, with long spears and make offerings to the Hindu god, Lord Murugan. In Malaysia, activities are strongest around the Batu Caves, which is home to the second largest Lord Murugan statue in the world, 13 kilometers north of Kuala Lumpur. In Singapore, pierced devotees walk from Sri Srinivasa Perumal Temple along Serangoon Road to Sri Thendayuthapani Temple.

Held at the end of the rainy season, usually in November, the infamous dragon boat races run for three days, along with a range of celebratory parades, shows and firework displays. The festival marks the beginning of the dry season as well as the reversal of water flow between the Tonle Sap and the Mekong River. Though the races are held in cities throughout the country, the largest celebrations are found in the capital of Phnom Penh. 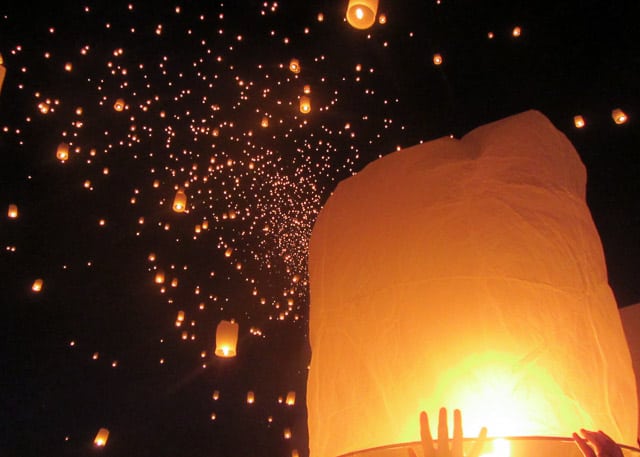 Often recognized by foreigners as Thailand’s ‘Lantern Festival’, Loi Krathong is arguably one of the most beautiful and peaceful holidays in Southeast Asia. Every year on the full moon of the 11th lunar month (usually in November), Thais across the country release glowing paper lanterns into the air and decorative flower floats, known as krathong, into the rivers to thank the river goddess and let go of any worries or transgressions from the previous year. Again, while Loi Krathong is honored throughout Thailand, Chiang Mai holds some of the grandest celebrations in the country.

Have you been to any of these Southeast Asia festivals? Any others on your bucket list?

How To Spend 24 Hours In Singapore

8 thoughts on “5 festivals in Southeast Asia worth traveling for”