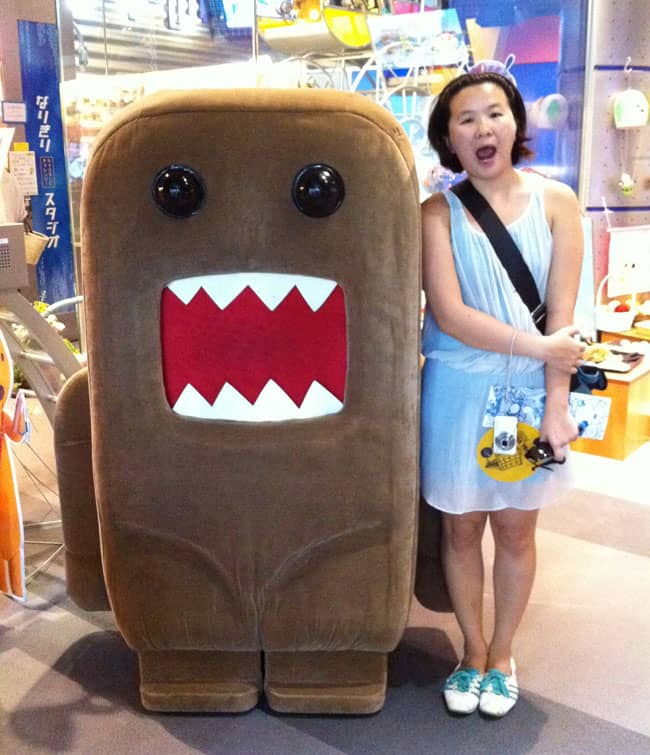 I’m not like most travel bloggers out there, who travel or blog full-time and have the luxury of a flexible schedule. Like most other folk out there, I have a full-time job, which gives me the money to travel, but severely limits how much I can do so with a fixed number of leave days. It’s easy to get sucked into work and forget about taking these holidays, which is exactly what happened to me 3 years ago, when I found at the end of one year that I had too many leave days to carry over to the following year.

Thus The Occasional Traveller was born, as a reminder to myself and to other working folk like myself to travel more, and to prove that one can indulge in a love for travel even with a time-consuming full-time job. I’ve found that one of the best ways to sate this perpetual wanderlust is to take many short trips close by – which for me is around the Asian region as I have lived in Singapore all my life.

So I’ll be talking a lot about the Asian countries that I’ve visited here on GoSeeWrite, giving simple travel tips for visiting these places and telling you interesting stories about them, which will hopefully inspire you to put them on your bucket list whether you’re based in Asia or not. It’s a highly diverse and relatively inexpensive region to visit, and I hope to spend more time exploring this region and maximize my travels in the meantime.

For starters, here are 5 things you probably didn’t know about my home town of Singapore:

Singapore’s renowned for being the ‘little red dot’ on the world map, but did you know that our land area has increased 25% over the last 40+ years? With our population exploding from 1.6 million to the current 5.3 million in that time, we need all the space we can get and have since reclaimed around 200 sq m of sea; what was once a diamond shaped country is now… a rather bloated looking diamond. If you visit Marina Bay, East Coast or Tuas, know that not too long ago this once was water! 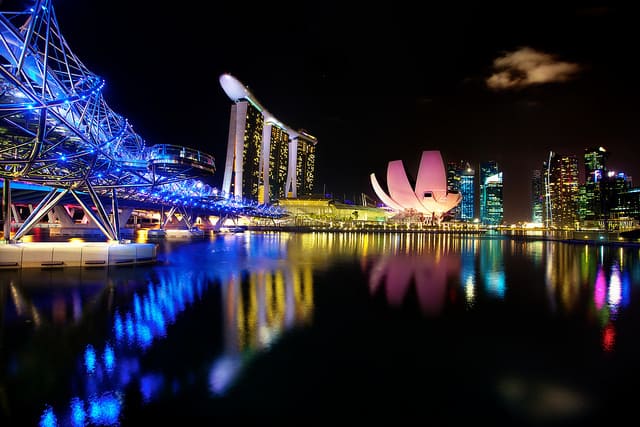 You can chew gum here, really

Our infamous chewing gum ban has been relaxed some. You can bring in your personal stash on a holiday without worrying about the authorities confiscating it at customs, though you’re still not allowed to sell it here and you’re not going to see it sold in stores. They do sell nicotine gum for the reformed smokers, so chew on that if you’re really desperate, or head up to neighbouring Malaysia for your gum fix. 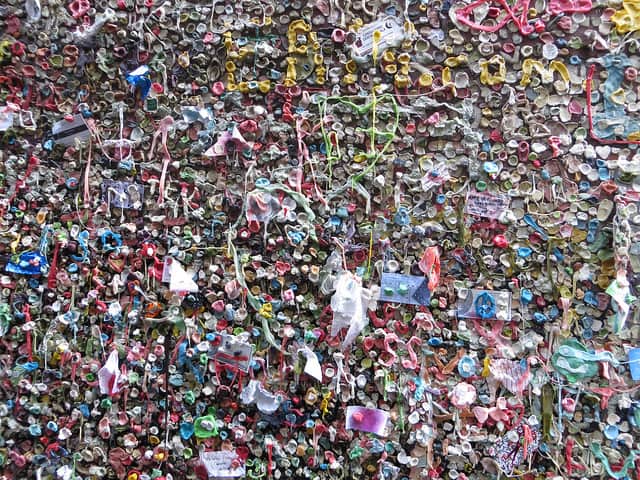 You’ll never find something like this in Singapore! Image source Ewen Roberts

You’re not going to find Singapore Noodles in Singapore

If you happen to be a big fan of what is known as ‘Singapore Noodles’, a dish of fried vermicelli noodle with curry powder – is not actually something you can find widely here – the closest approximation is 星洲米粉 or Sin Chew Bee Hoon. We do have a whole variety of noodles and a plethora of other great food at relatively inexpensive prices in our hawker centers, so you won’t be missing your Singapore Noodles much. 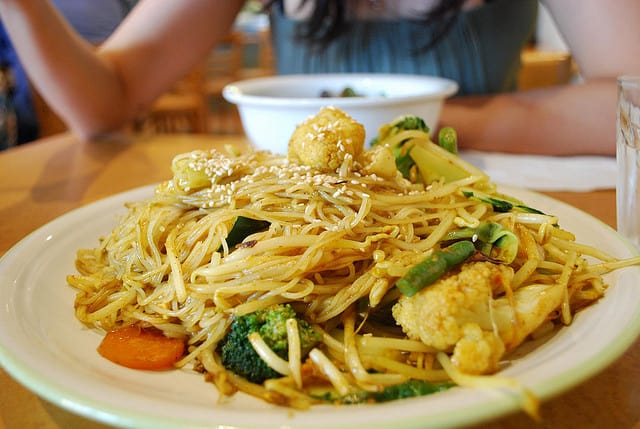 Singapore has many different types of noodles, including vermicelli or ‘Bee Hoon’, but not quite done ‘Singapore Noodle’ style – image source Alpha

Singapore is not just an island, but an archipelago… sorta

Singapore is actually made up on 63 islands in total! Most tourists spend their time on the main island, but if you’re feeling adventurous and want to get out of the city, a hop to a nearby island (or Pulau in Malay) by ferry is a great way to get a quick of nature. Some popular islands: Pulau Ubin in the north east is popular for outdoor enthusiasts and a rich wetland called Chek Jawa. Down south, Pulau Hantu (that’s Ghost Island), Sisters Island and St John’s Island and for those looking for something a little more disneyfied, you can drive, walk or take a cable car to Sentosa which is an island resort with a casino and Universal Studios. 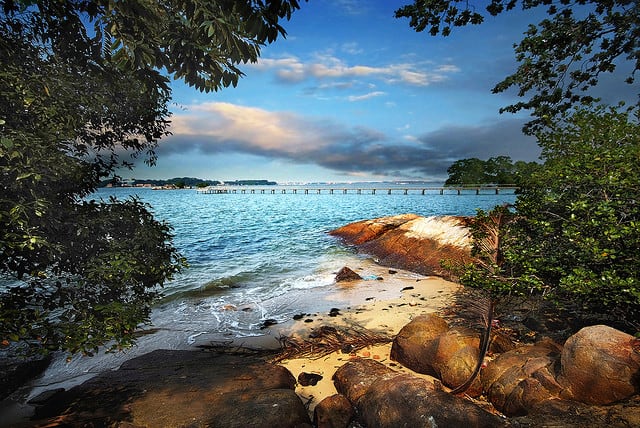 Our national language is Malay

Most visitors to Singapore are generally surprised that Singaporeans speak quite fluent English, not particularly common for most Asian countries, but that’s because most of the younger generation grew up in an English education system. The country recognizes four official languages (English, Mandarin Chinese, Malay and Tamil), but our official National language is actually Malay due to historical reasons. It’s used in our National Anthem, Majulah Singapura, and military commands mostly these days, and more commonly used by the Malays and some older folk. 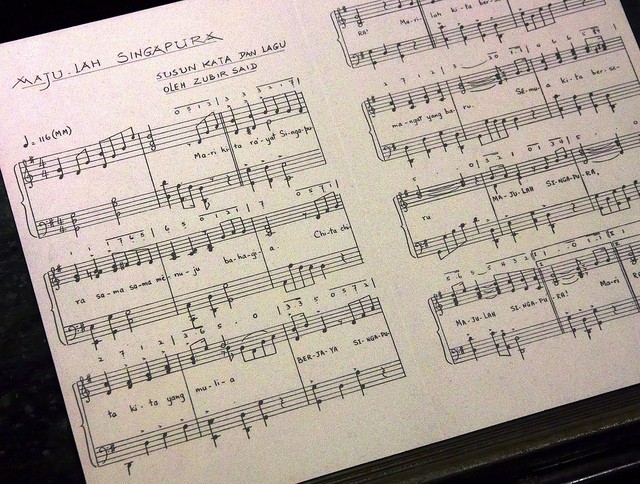 Did you know all this about Singapore already, or is this new to you? If any of you are visiting soon do drop me a note, I’ll be quite happy to give you some tips or take you out for a spin!

Jaclynn Seah is The Occasional Traveller, a deskbound wanderluster with a full-time job who hopes to remind other working professionals like herself to get out and travel more. You can find her over at theoccasionaltraveller.com or follow her on Facebook, Twitter and Instagram.

How To Spend 24 Hours In Singapore

Where to go for Southeast Asia’s best street food

10 Game of Thrones locations you should visit in real life

26 thoughts on “5 things you didn’t know about Singapore: Introducing The Occasional Traveller”