One of the things that makes Southeast Asia so enticing to foreign travelers is its abundance of cheap street eats. Sure, there may be a food truck craze going on in the West, but it can’t compare to the street food found around every corner in Asia.

That said, there are several hotspots to check out if you’re serious about about grabbing a great meal.

Thais absolutely love to eat and snack and Thailand in general is filled with street food options day and night. Of course, one of the best places to go for your pick of street side dishes is the capital itself. Everywhere you go, you’ll find stalls, stands and carts serving a wide range of snacks, drinks, pre-made and cooked-to-order dishes. One of the most popular areas for tourists to get their street food fix, however, is Sukhumvit Soi 38. The concentration of evening stalls, combined with menus in English, make it an easy place to be initiated into Thailand’s street food scene. (This post from Mark at Migrationology breaks down which dishes you should try…and which to avoid.) 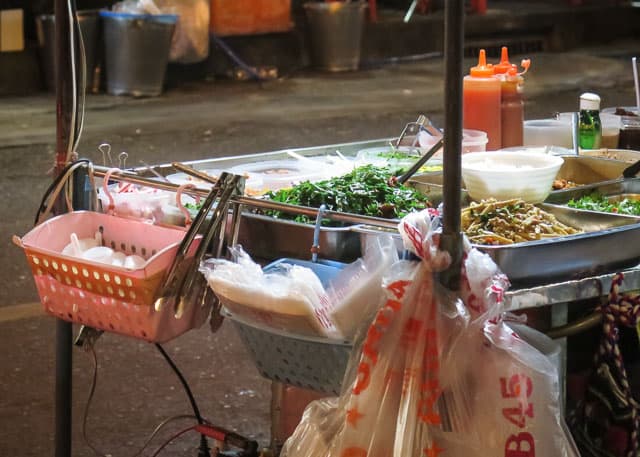 A food cart in Bangkok

As the birthplace of many famous Vietnamese dishes, inluding the popular pho, Hanoi is an excellent place to eat, eat and eat some more. Many “restaurants” will cook food in small shops then service the dishes on the sidewalk. The only problem with finding great food in Hanoi is attempting to balance on the tiny stools set out at most places as you try to eat!

Though the street food in Singapore has now mainly shifted to sprawling food courts and hawker centers, it’s still centered around the same famous dishes such as chili crab (crabs steamed in chilies and tomato sauce) and chicken rice (known as khao mun gai in Thailand), simple steamed chicken served over a fragrant, oily rice. High health and safety standards make Singapore’s street food some of the safest in the region.

Penang, an island in Malaysia just south of Thailand, is often considered one of the best places in Asia, if not the world, for street food and is known for its unique dishes that combine Malay, Indian and Chinese elements. Particularly centered around the historic Georgetown district, you’ll find street stalls set up day and night dishing out fragrant soups, fried noodles, crispy roti (flat bread) and icy desserts. Some of the most popular dishes to try on Penang are hokkien mee, a spicy prawn soup with thin egg and rice noodles and lots of toppings, and mee goreng, a cousin to China’s lo mein noodles. 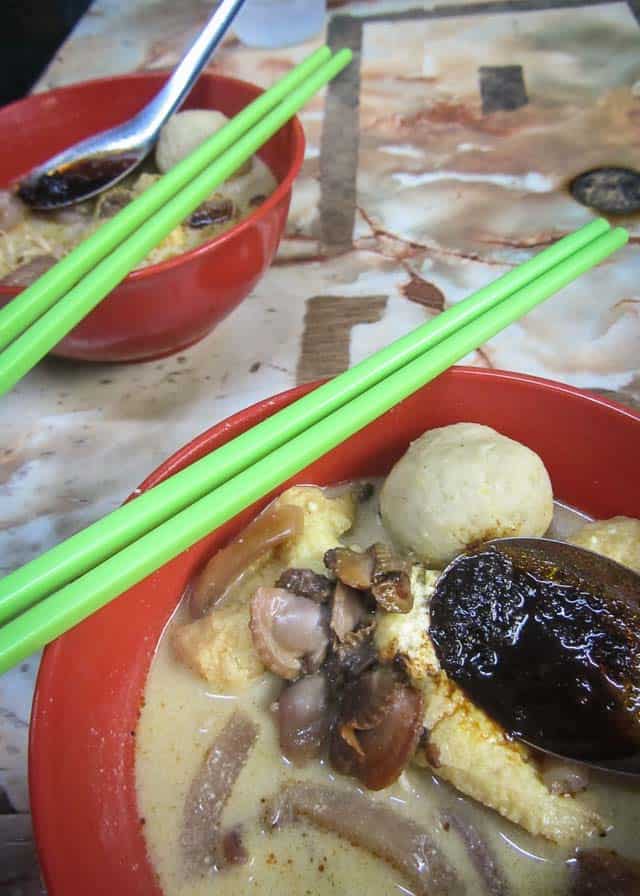 I know I’ve already covered a Thailand destination, but can’t help putting Chiang Mai on the list as well. Like Bangkok, Chiang Mai markets and street food stalls set up throughout town at all times of day, but especially in the evenings. Though it may not have quite the variety you’ll find in Bangkok (though it’s certainly close) you can expect dishes here to cost almost half of what you find them in the capital for. In many places you can still get a full made-to-order dish for just $1. Some of the best places to go for dinner are the collections of carts set up close to the north and south gates of the Old City. The weekend night markets are also great places to snack and taste test a bunch of different items. For more suggestions, plus tips on how to order and what dishes to try, check out this post. 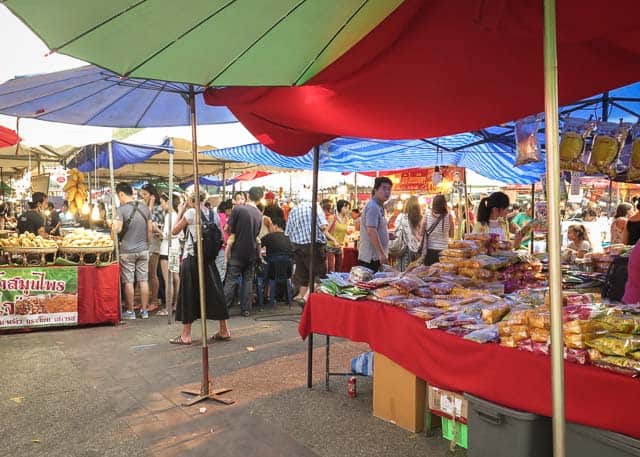 Hunting heritage and art in the streets of Penang