Named as Lonely Planet’s top culinary destination for 2014, my recent trip to Penang, Malaysia was definitely dominated by food, eating, and a lot more food. It seriously felt like I spent that entire weekend trip just going from meal to meal!

While I enjoyed the great hawker food immensely, what surprised me as I walked around town letting my food digest in preparation for the next meal, was the sight of rather unique street art found all over the walls of its UNESCO World Heritage site, George Town. 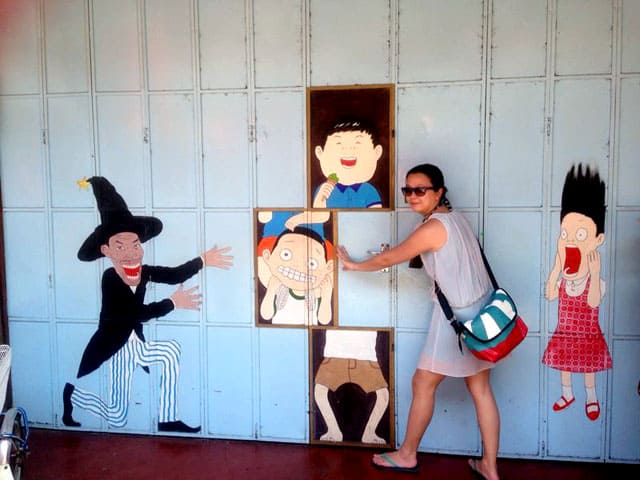 You have to take ridiculous street art photos, that is the unspoken rule!

George Town has developed into quite the arts and cultural district since the inception of the George Town Festival, a month-long arts festival, in 2010, which is just one of the many things to do in Penang year-round. In the 2012 edition of the George Town Festival, Lithuanian artist Ernest Zacharevic created ‘Mirrors Georgetown,’ a series of quirky street art murals that incorporated local culture and some fun 3D elements. 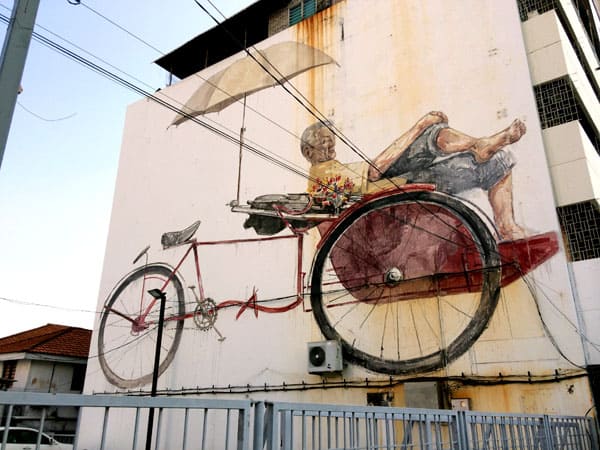 The overwhelming response from both locals and tourists led to even more street artwork being produced by local artists from Malaysia. It also led to ‘Marking Georgetown,’ a series of iron sculptures that give a rather humorous nod to the heritage of the various parts of Georgetown, which is a really fun way for visitors to learn about this place. It definitely beats wandering around dull museums or trying to read a lengthy guidebook! 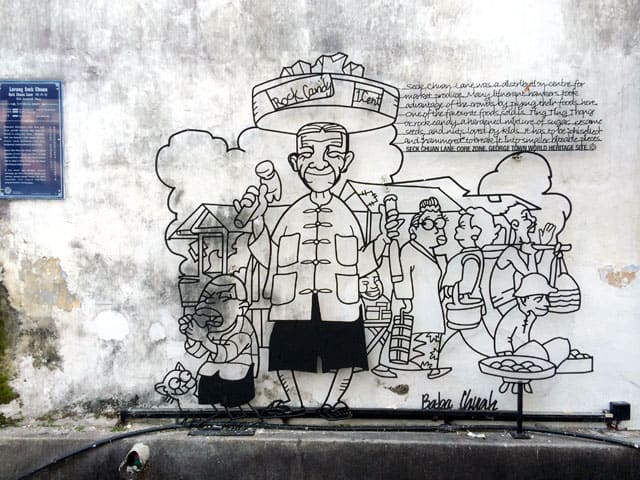 These iron structures for Marking Georgetown were specially created in a collaboration between local craftsmen and cartoonists. Each structure comes with a little paragraph dictating the history of this place.

Some tips for the imminent visitor and street art hunter:

Be prepared for the weather

Penang is a hot, humid city, with average afternoon temperatures around the 30 degrees celcius mark on average. There’s not much shade around as buildings aren’t very tall and the walkways are narrow, so slap on the sunblock and bring a hat. And, even if it makes you feel like a middle-aged auntie, an umbrella works wonders to keep you cool when the sun is scorching or in case you encounter a sudden tropical downpour. Trust me, I totally got sunburnt and am regretting it now. 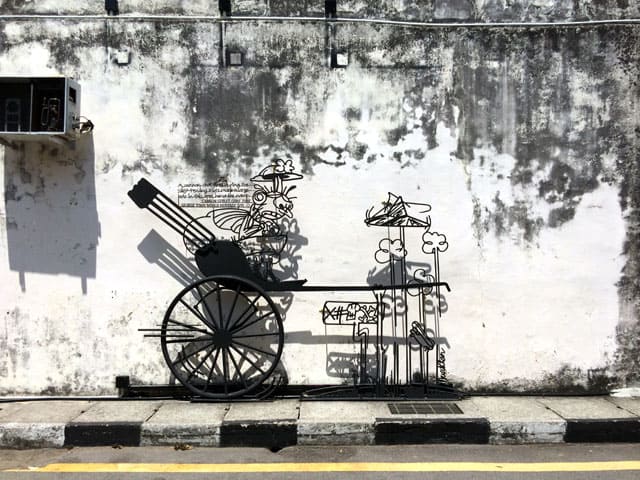 This one tells the story of how Lebuh Cannon, or Cannon Street, got its name (someone allegedly fired a cannon, naturally)

On weekends, some streets like Armenian Street are blocked off to traffic and free for pedestrians to wander around in. It is also proportionately much more crowded, so popular street art venues sometimes draw crowds, and you have to wait your turn to snap that ridiculous shot of you stealing that fake artwork bun. I visited these same area on both Sunday and Monday, and the difference in number of people milling had a huge impact on my enjoyment of the work. If you want to spend a lot of time taking photos without silly tourists in there, pick a weekday. 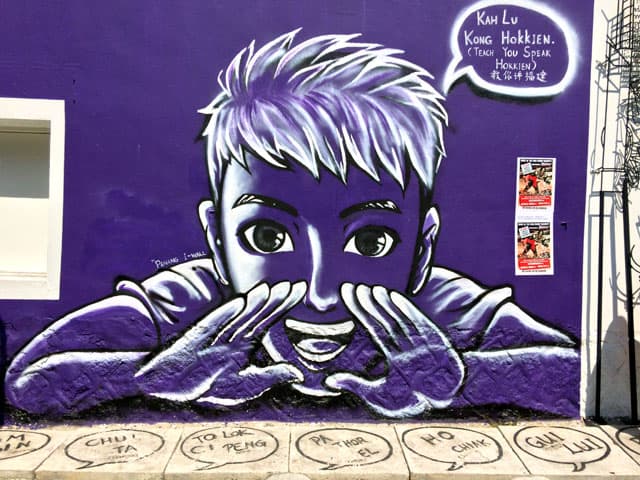 What you’re not seeing here – the crowds milling around on either side and behind me! This was a split second of emptiness on a weekend… In case you’re wondering, this is an educational piece of street art teaching basic Hokkien phrases

Know where to go

I have a colleague who visited a few weekends before me and declared she had no idea Penang even had any street art! The Penang Tourism Board has developed a pretty excellent map that you can pick up at the airport that marks out the places where each work is located. They are scattered around Georgetown, but most of the more interesting ones can be found along the Armenian Street and Love Lane area. Do note that given the transient nature of street art, some of the painted art works (like the Kung Fu Girl and the Chew Jetty Boat) have already disappeared or been replaced, but don’t despair if they disappear because they’ll most likely be replaced by other great street art instead! 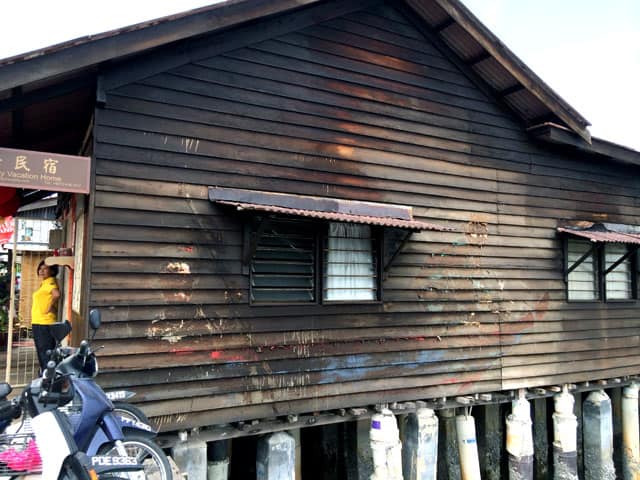 See the remnants of artwork on the wall? This piece by Ernest is at the Chew Jetty. Some murals have been removed, while others have just been weathered away

The Top Attractions of Malaysia

Where to go for Southeast Asia’s best street food