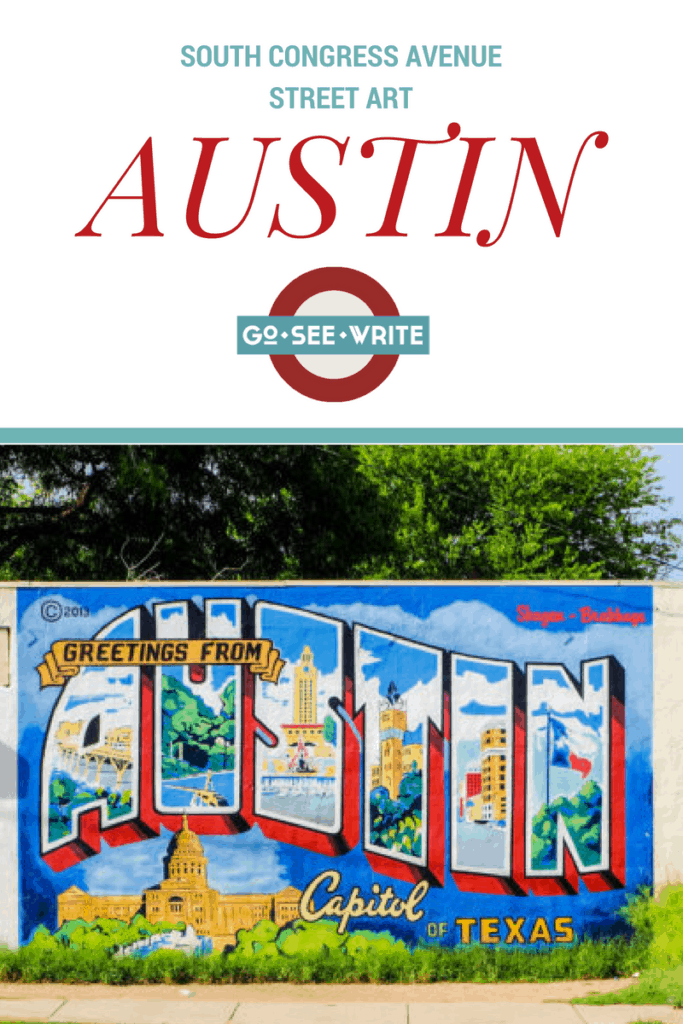 I returned to Austin, Texas for the second time realizing I hadn’t done much sightseeing the first time. I knew I had to explore more of the food and beer scene, but I was also searching for interesting places to photograph. 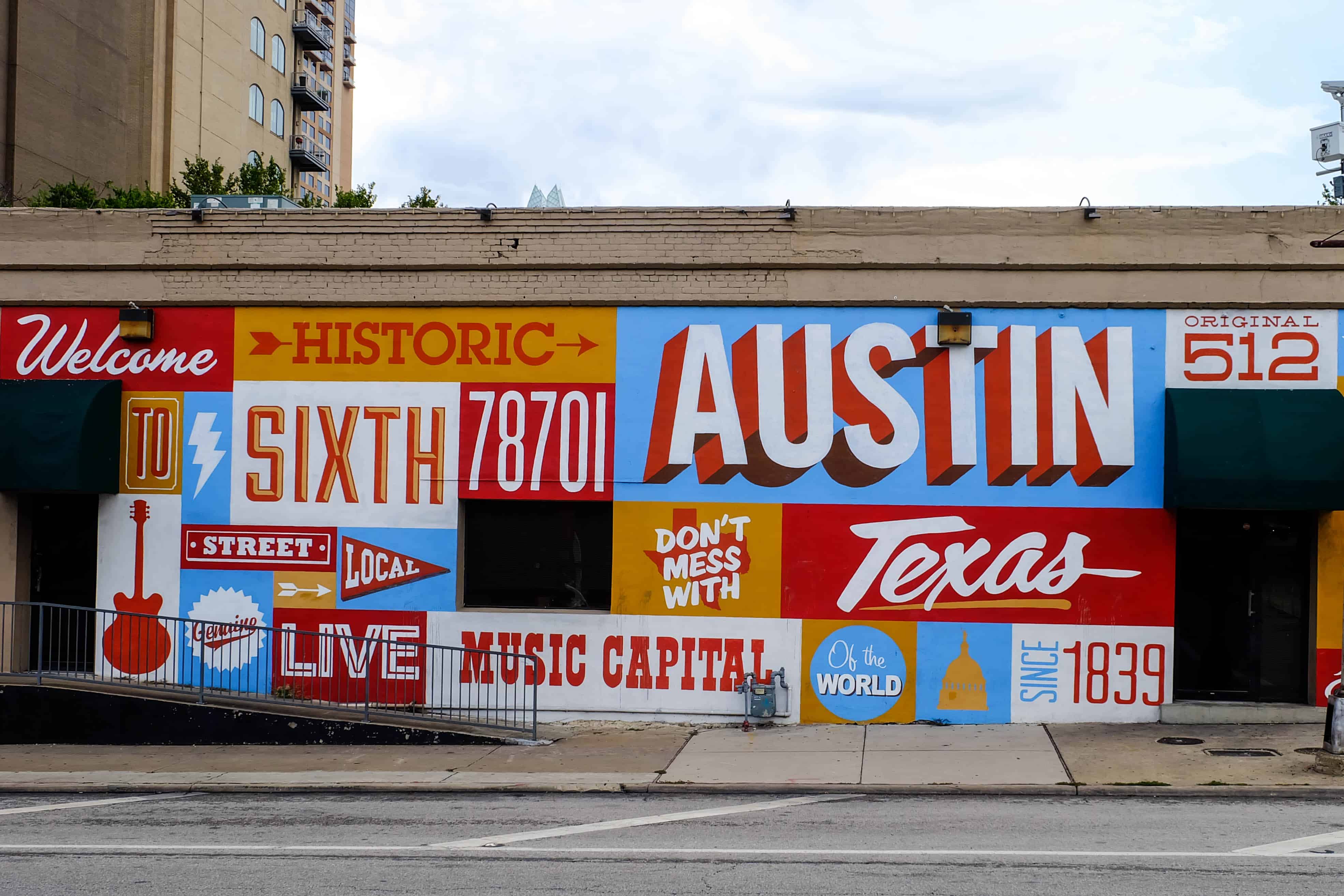 The manager at my hostel didn’t even flinch when I asked him where I should go: South Congress Avenue. I borrowed a bicycle and took off to check it out! 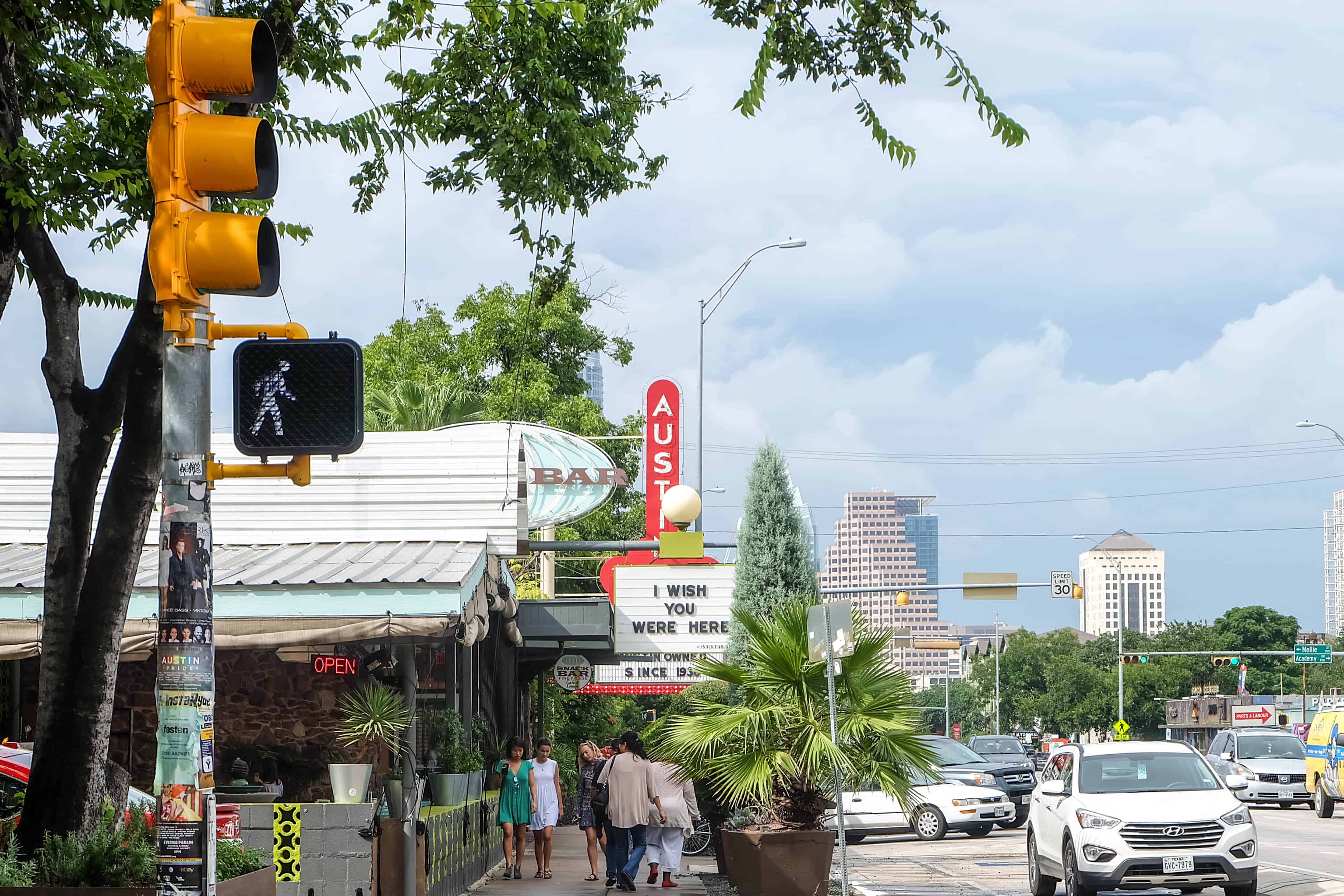 Right off the bat I got a sense of the quirkiness of South Congress. Most of the businesses had signs with funny and clever sayings. I was really getting that “Keep Austin Weird” vibe. 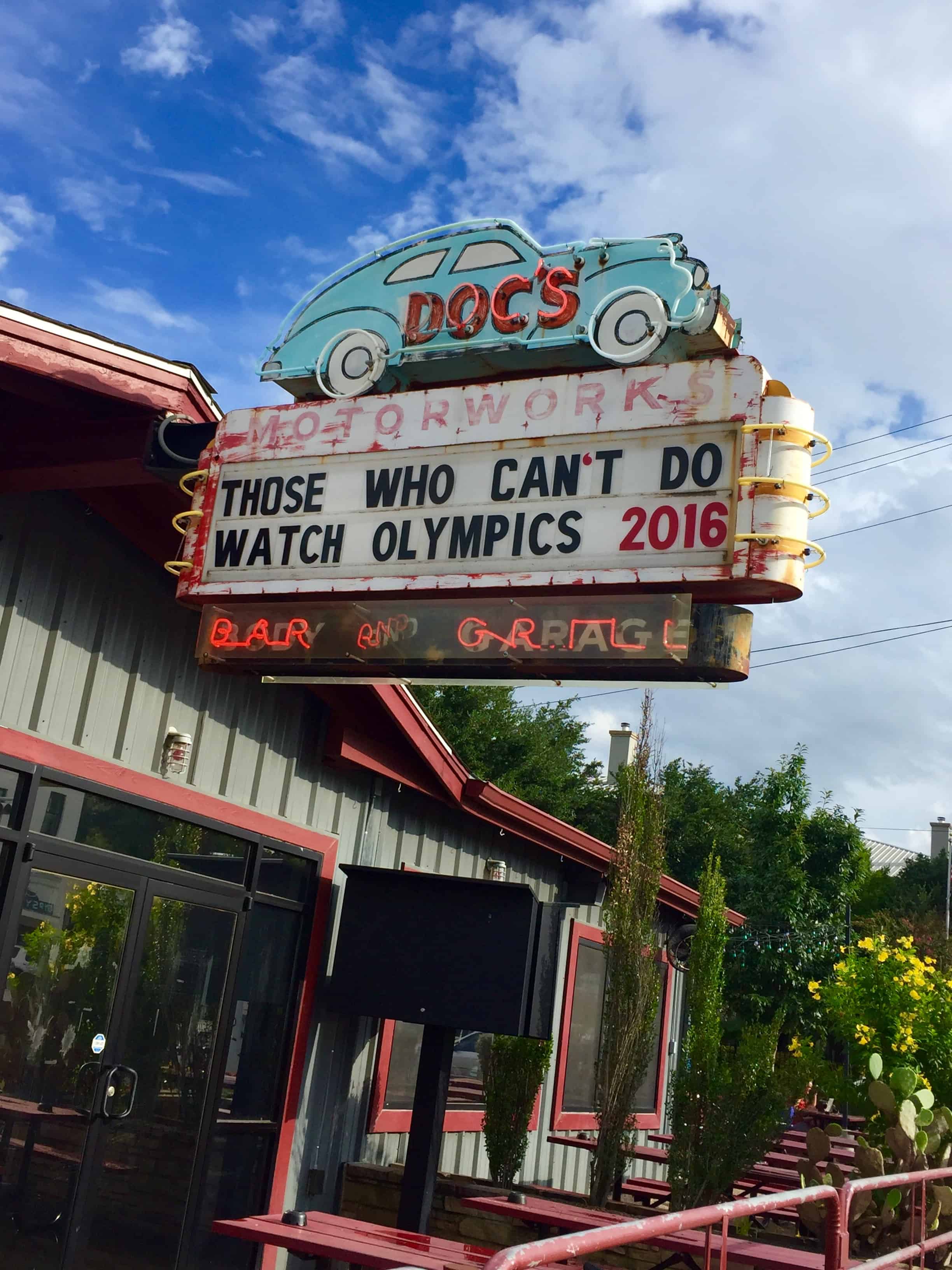 Lined with shops of uncommon goods, boots, trendy clothing, and candy, South Congress Avenue appears to have something for everyone. It’s particularly known for the strange odds and ends in the shops. I couldn’t walk around South Congress without popping my head into a few stores and fiddling with the interesting knickknacks. These antique and vintage shops had everything from light bulbs for old school flash cameras to animal taxidermy. So random, but definitely interesting to look at!

The food isn’t too shabby either! Just to name a few, Torchy’s Tacos and Amy’s Ice Creams are just a stones throw away from each other and both are delicious!

The shops and food were great, but my favorite part of the South Congress area was the street art. Much like other eclectic cities such as Bogotá, Penang, and Berlin, the street art in Austin plays a large role in the city’s charm. 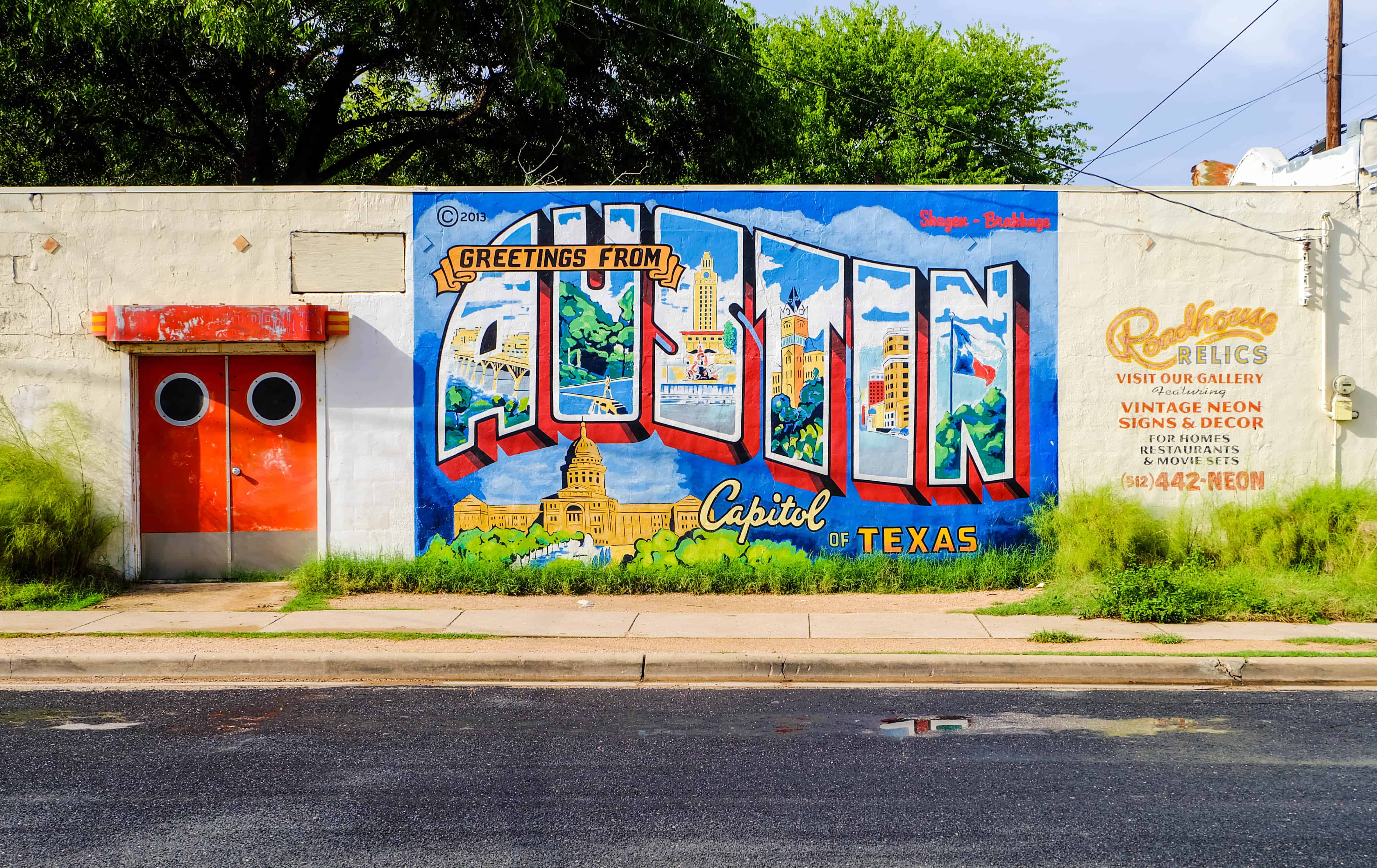 The “Greetings from Austin” sign on S. 1st and Annie Streets is a perfect place to begin a tour of Austin. After all, it does look like a postcard! The bright and vibrant colors are very characteristic of Austin and has adorned the wall of Roadhouse Relics since 1998!

“I love you so much” 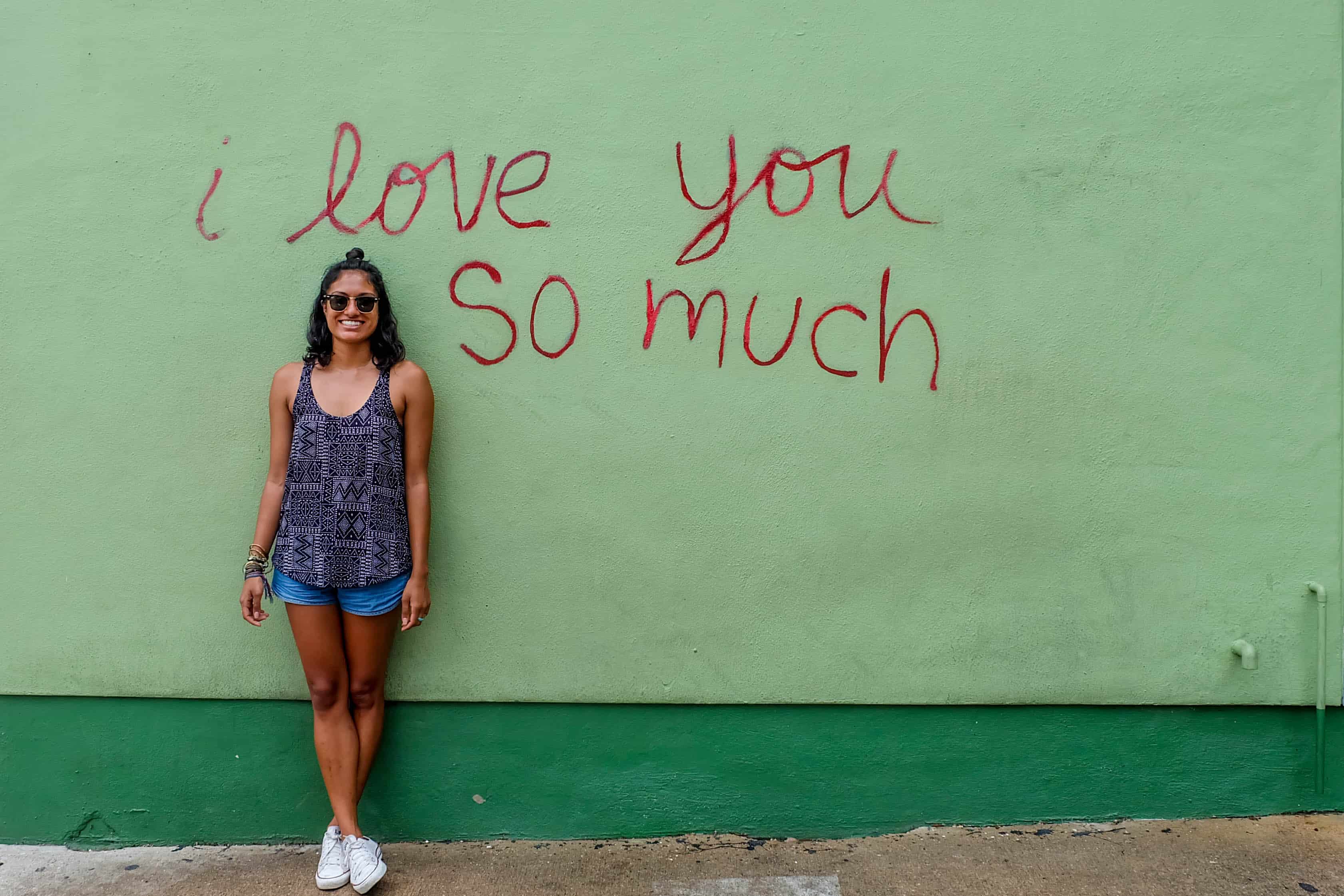 I had seen photos of this simple line of graffiti but actually didn’t know it was located in Austin until I heard about it at the hostel. This is the photo op everyone gets when in Austin – so I had to do it! You can find it just outside of Jo’s Hot Coffee. Rumor has it the “I love you so much” statement was tagged as a love letter from one woman to her then-partner, an owner of Jo’s. Now this sweet testament is where visitors love to photograph their love letters to the world. 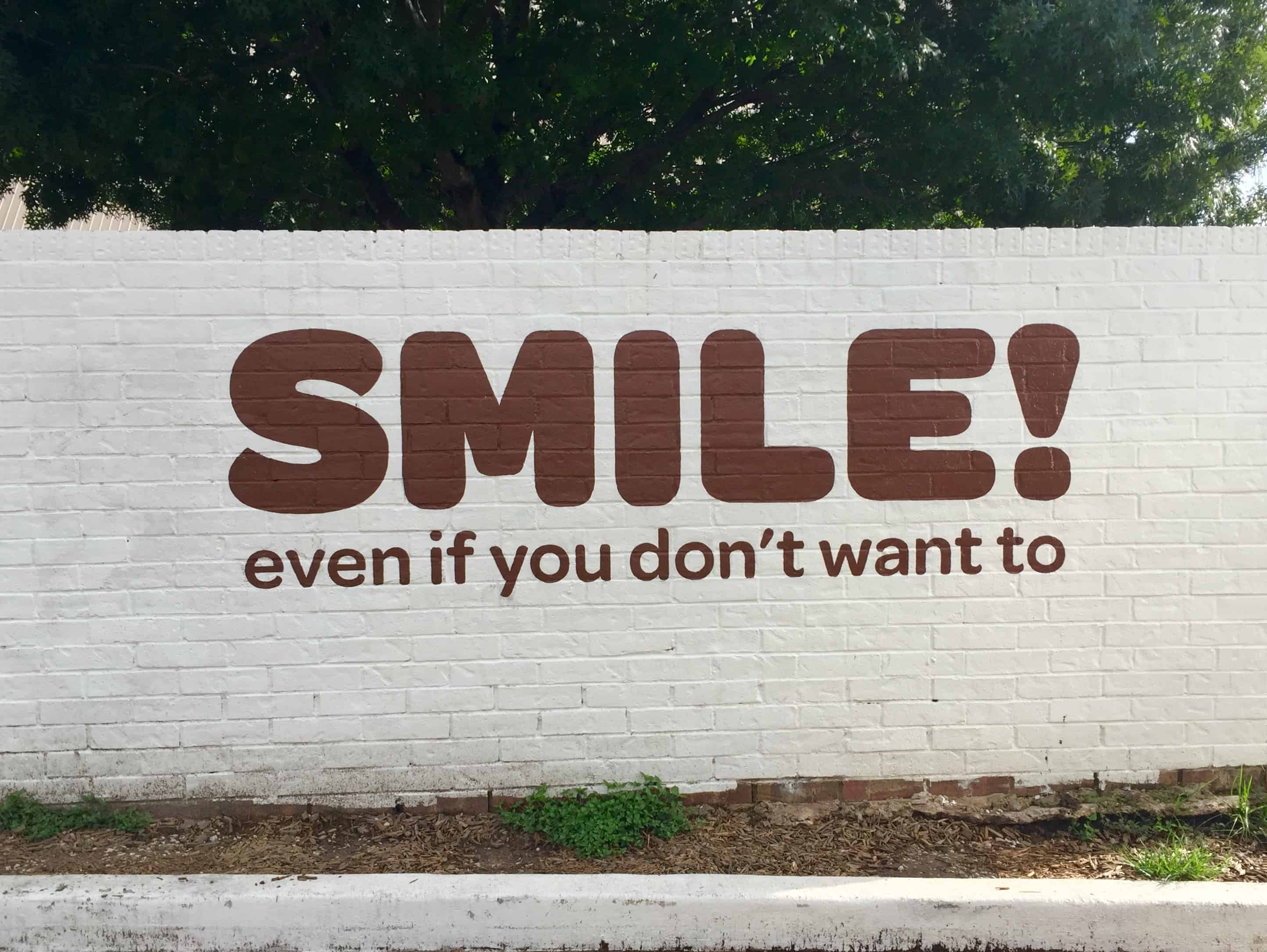 Austin oozes with positivity and happiness. I love it! I had such a great day exploring South Congress. Even though I was alone, I had a couple very open conversations with some strangers on the street. One very nice lady took my photo for me and told me about how much she loved Austin and was happy to return after spending time in Ohio where she was taking care of her husband who recently passed away. Another man trying to get donations for a nonprofit organization told me opened up about how he used to live in Dallas where he was looking after his father and returned to Austin, taking a pay cut, to pursue a job he enjoyed. The ability of perfect strangers to let me into their life in these short conversations really made my day. 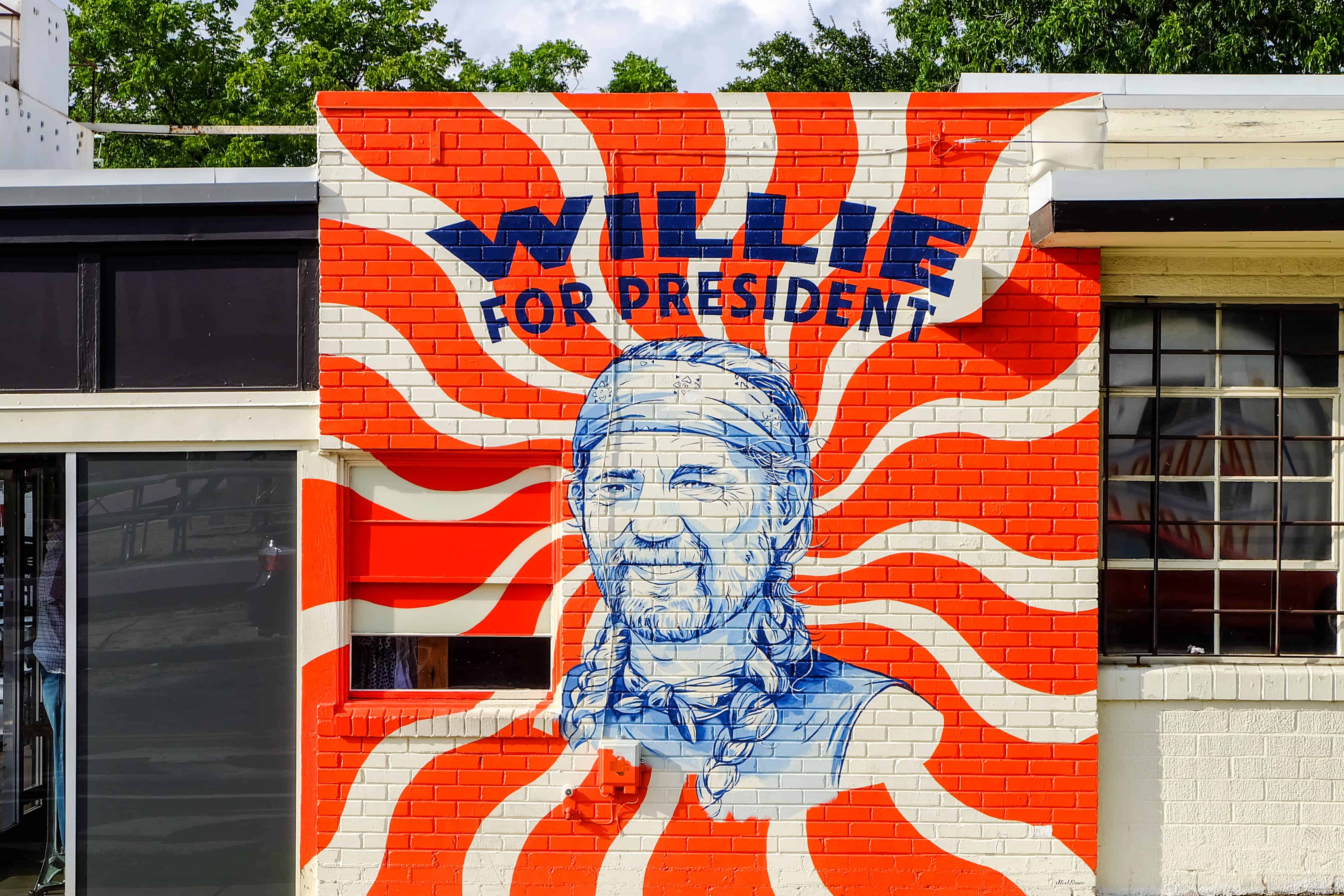 With the ongoing controversy of our presidential election, maybe the people of Austin are on to something here!

In all seriousness, this is a very cool piece of street art that has been on this wall almost all year and everyone loves it!

These are just a few of the numerous examples of street art in Austin. My recommendation is to rent a bicycle or set out on foot and take a walk! Cool street art is on just about every corner in Austin; you never know what you’ll find!