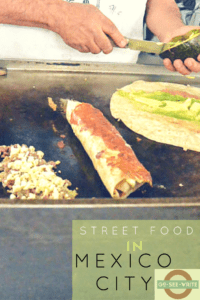 Being a vegetarian and enjoying street food aren’t mutually exclusive attributes – despite what most people might assume. Of course, in some destinations eating street as a veggie isn’t as easy as others. But you might be surprised by what a bit of local language knowledge, a touch of patience, and a big dose of curiosity will help you achieve.

While Mexico is a nation that LOVES pork – whole pork roasts, fried pork skins, even pork lard sneakily smeared on otherwise innocuous tamales – eating street food in Mexico City is surprisingly possible for vegetarians (and other meat-restricted diets), and an important part of the cultural experience.

Mexico City (or as it is colloquially known: DF, pronounced similar to “Day Effay”) is a city plagued by traffic. Annoying, sure, but wondering what this has to do with food?

Because many workers face commutes of an hour, two hours, or even more just to reach their work, this doesn’t leave much time for breakfast in the morning, and going home at lunch is utterly impossible. The whole “sack lunch” or homemade breakfast-to-go isn’t really a thing here, either. So, what’s a hungry office worker to do? Eat street, of course. It is one of my favorite things to do in Mexico City. 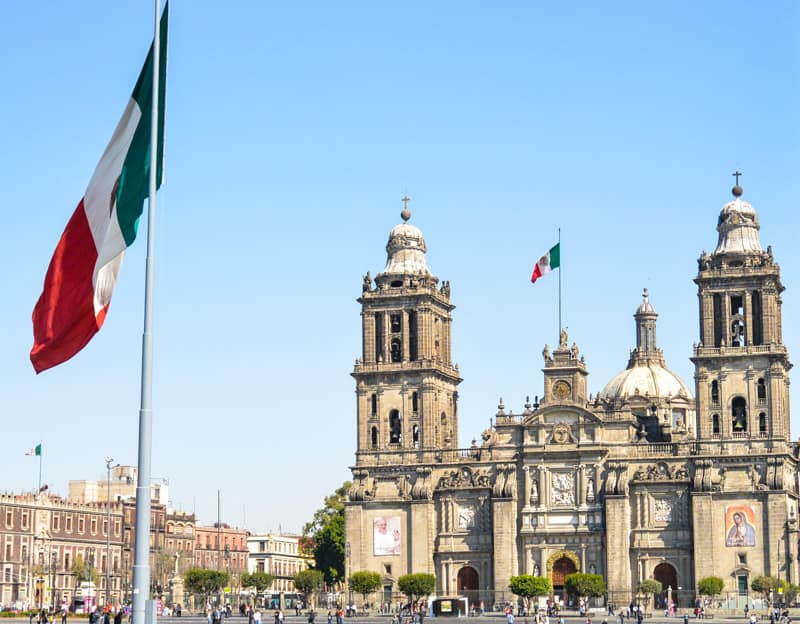 Street vendors pop up to meet the demands of the thousands (or really, millions) of mouths in Mexico City, especially at breakfast and lunch time on weekdays.

One of the most popular, and portable, breakfasts is the tamale. A sort of soft corn bread wrapped in a corn husk and then steamed, the tamale is available in a wide variety of flavors both sweet and savory. The tamale is a “to-go” food by design, as its corn husk will keep it fresh for hours. You eat it by peeling back the corn husk wrapper and taking bites with a fork. If you are really in a rush and want to multitask by eating and walking at the same time, you can usually get the tamale inside a sandwich for ease (and double the carbs). 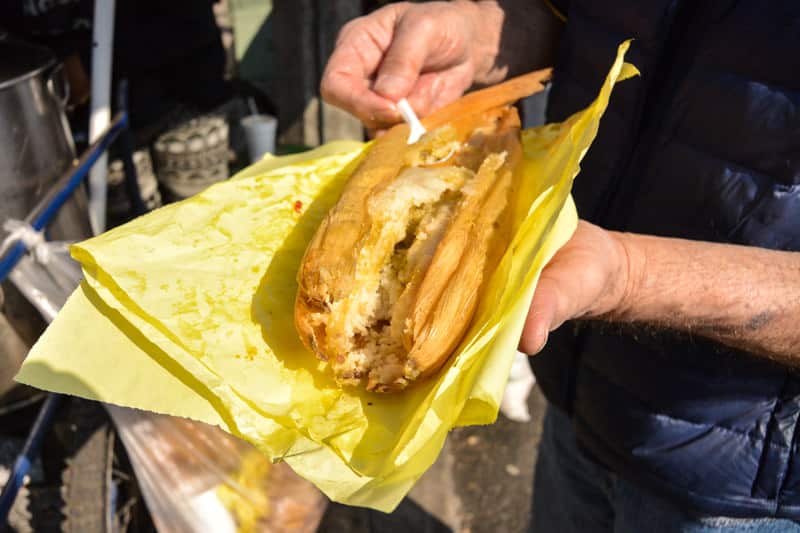 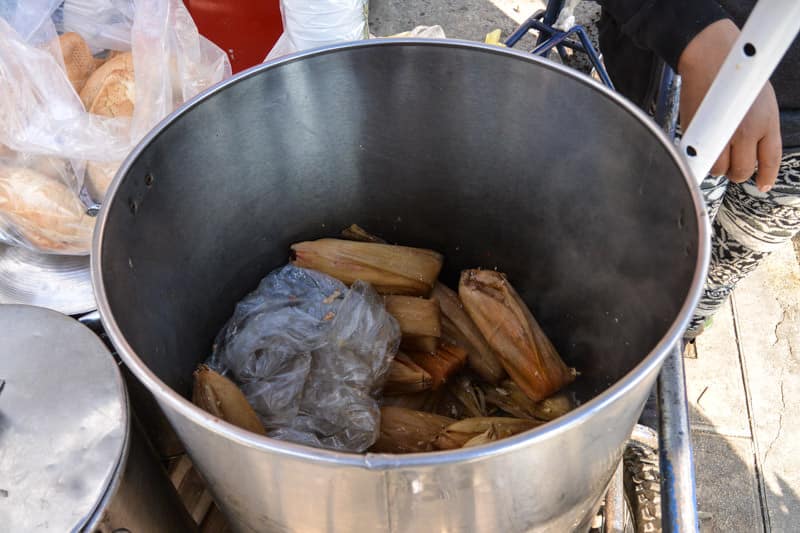 Tamales on the street are usually paired with atole, a really thick breakfast beverage that has the texture and taste of milky pureed oatmeal, available in a few flavors (including traditional chocolate). 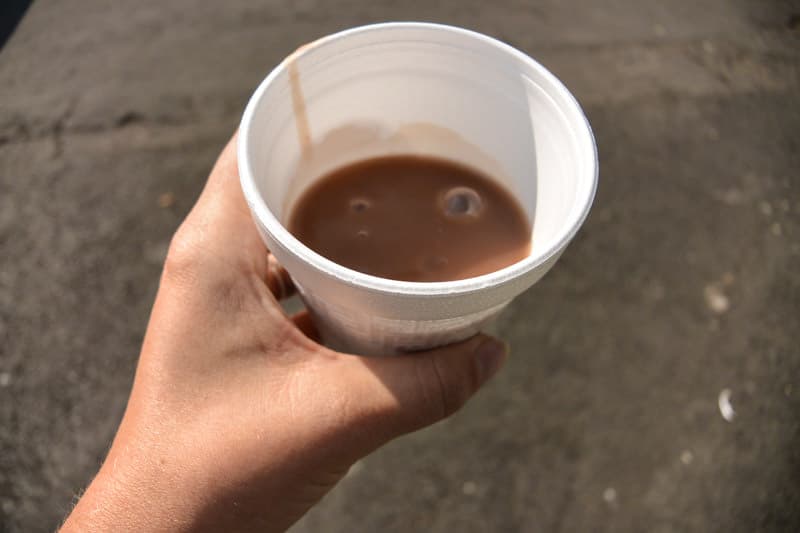 Unfortunately for vegetarians (and anyone who keeps kosher or halal), as mentioned earlier, almost ALL street tamales are greased with pork lard. Fortunately for those of us with food restrictions, you can still try tamales at the popular Mexico City chain Tamale. While not technically a street food, Tamalli offers authentic style tamales in a vast assortment of flavors, including vegan and vegetarian. And they also have atole! 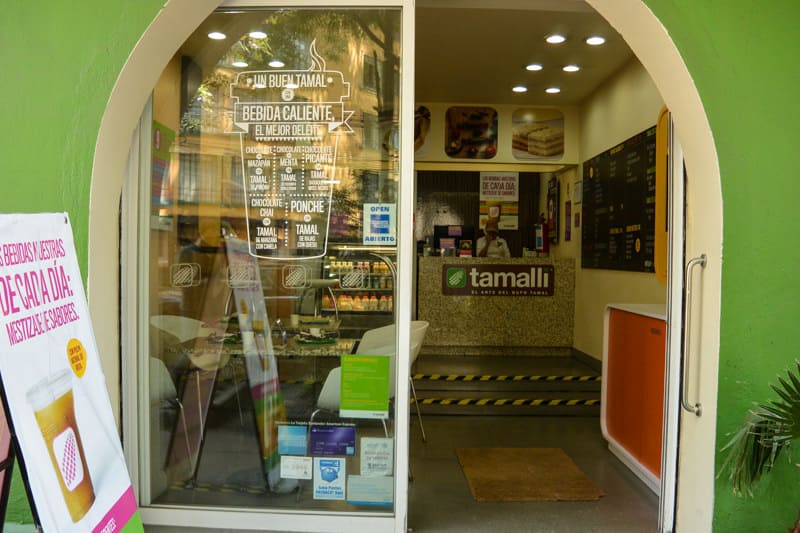 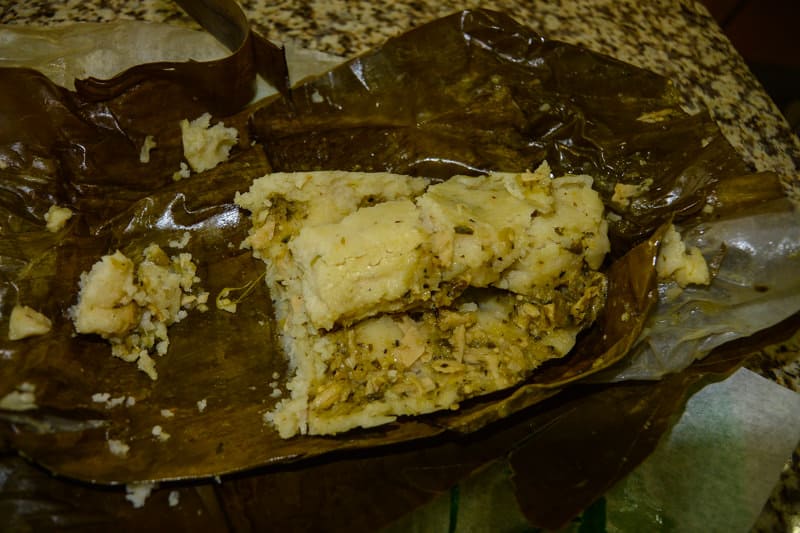 Enough about breakfast, what about lunch?

Comida corrida is probably the most overwhelmingly popular midday meal option. The comida corrida consists of several dishes for one fixed price, served during the lunch break (around 1pm to 4pm to accommodate for a wide variety of schedules).

It’s tough to find a traditional comida corrida with a viable vegetarian option (any offered soup usually has chicken or meat stock, and the cooking surfaces can be greased with lard). If you know of one – please let me know!

Luckily, there are many other vegetarian options for lunch; even at non-veg stalls.

Tlacoyo and quesadilla vendors are great choices for vegetarians and common throughout the city. While meat options are available, the meat is usually kept quite separate from the vegetables (and cooked before). Toppings are added yourself, after the tlacoyo or quesadilla has been cooked. The only thing to watch out for is the beans, double check that they don’t contain any pork lard (“cerdo” or “puerco”). 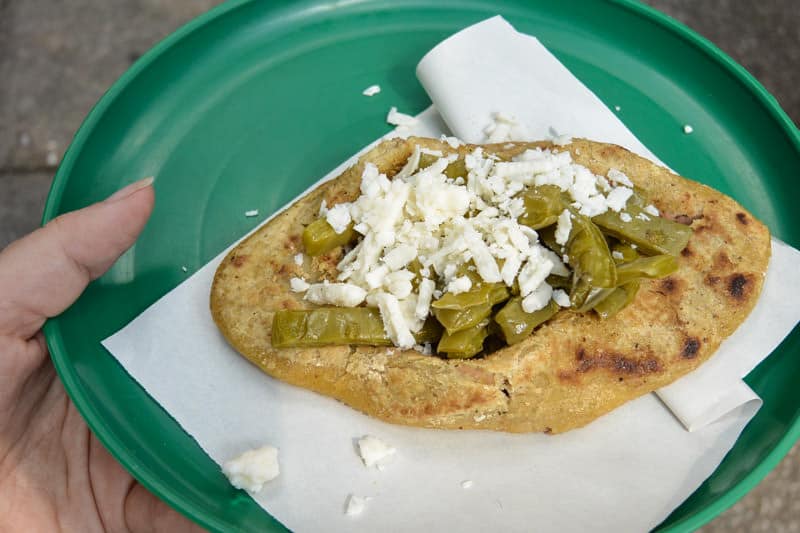 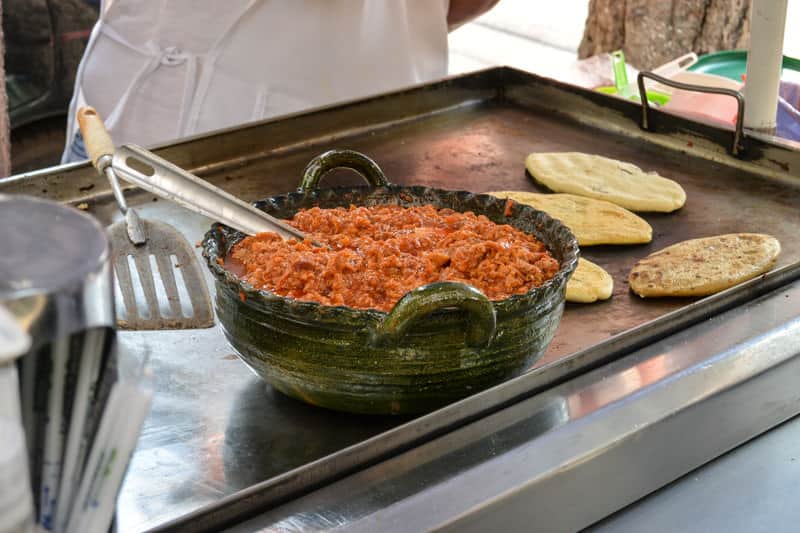 While burritos are arguably not entirely traditional (they are said to be more of a Tex-Mex or northern Mexican creation), they certainly are delicious and easily made vegetarian. The stand “Los Burros” is one of my favorite, with several vegetarian options and a bunch of different sauce options for customization. 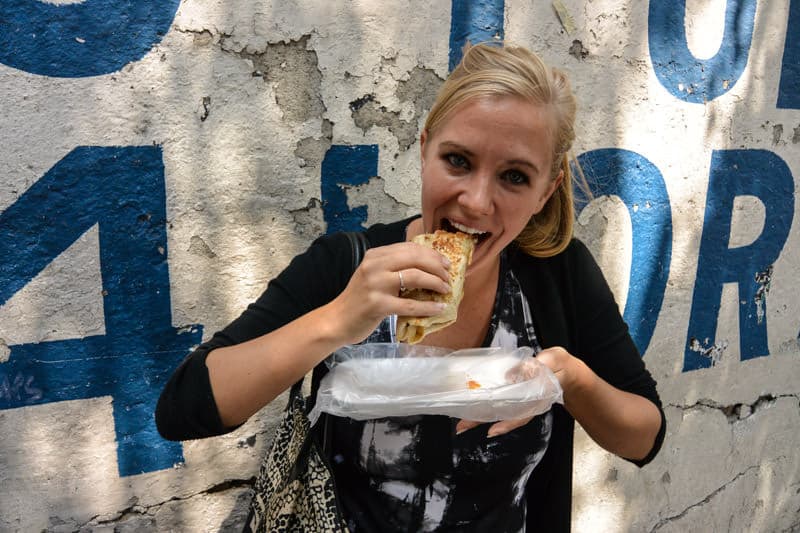 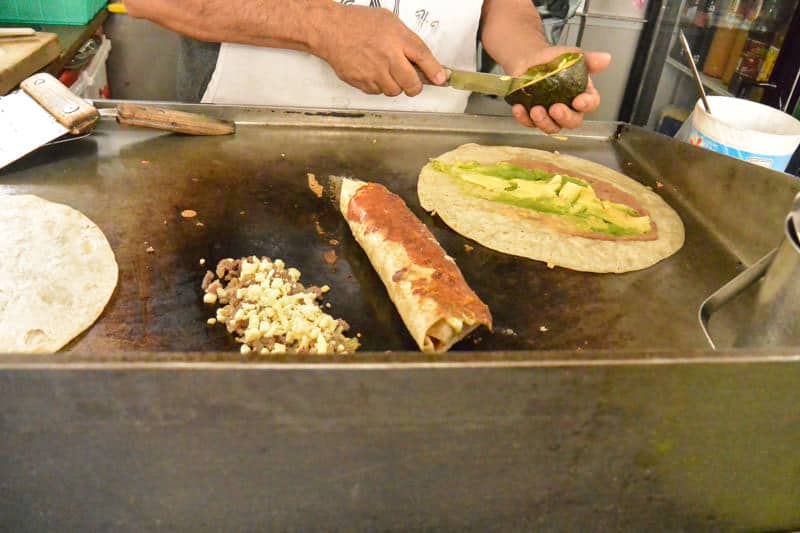 On your next trip to Mexico City, don’t let your dietary restrictions keep you from sampling the awesome street food. With a few key words (like “vegetariano” which sounds more like beh-hay-tariano to my gringa ears, and “sin carne”), and the suggestions above, you’ll be on your way to a tasty meal in no time!

2 thoughts on “Exploring Culture Through Street Food in Mexico City”