When friends come to visit Mexico City, they often do so with just a few days to see the sights and of course, down more than a few tacos. And aside from asking what to do (or more specifically – what INEXPENSIVE or free things to do), I also often get asked what are the best neighborhoods in Mexico City.

Mexico City is enormous, with almost 9 million residents, and over 350 colonias (neighborhoods). While I’ve spent the last year exploring Mexico’s capital city, I haven’t even come close to visiting all of its colonias. Amongst the ones I have experienced, however, four have stood out as major favorites.

This colonia isn’t often on tourist (or expat) hit lists. It’s a frequently bypassed area that offers some beautiful (and interesting) views. One of the most famous icons of the neighborhood is the Morisco Kiosk, which was used for the Mexico Pavilion of the 1886 World’s Fair in New Orleans, and was shipped all the way back and installed (and later restored) in Santa Maria Ribera’s park. Now, it’s a popular place to hang out, or to get portraits done. 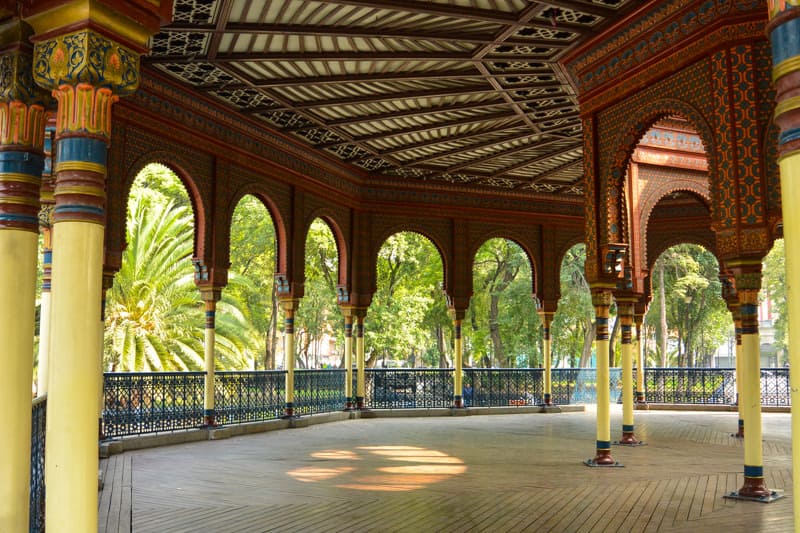 The rest of the neighborhood is a strange mix of grand (and sometimes decaying) old mansions and houses, sprinkled next to tenement and abandoned buildings. Over 1000 of the grand homes have been listed as having important architectural or historic value, and the area was awarded the designation of Barrio Magico (magic neighborhood), yet the buildings aren’t usually in great shape. This strange mix makes for amazing photographs, and the lack of tourists visiting the area means that locals are pretty interested in outsiders, and on the most part extremely friendly. 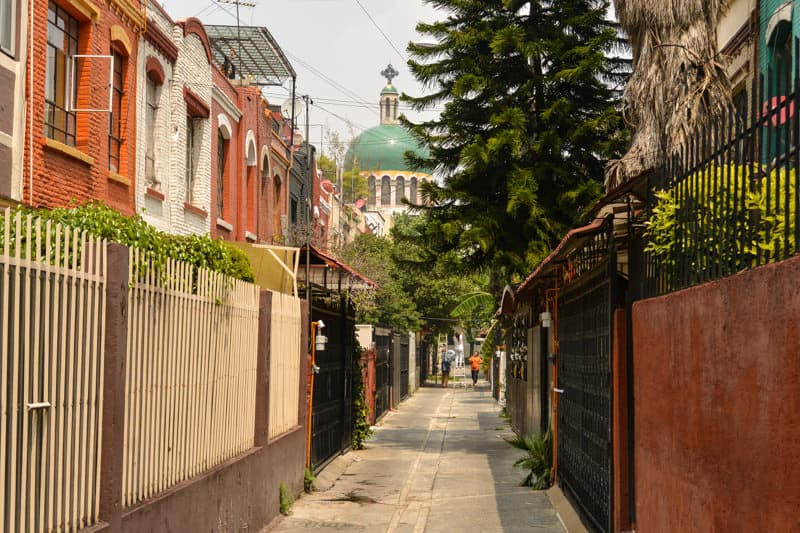 Street art, tasty food, tree lined streets, and more! For me, Condesa and Roma are practically twins, as the two neighborhoods seem very similar. If I’m not watching street signs (or my GPS) and simply admiring buildings and architecture, I can’t tell the difference from one to the other.

I love Condesa (and Roma) both for their green leafy parks, numerous character-filled cafes, sweet little shops, and sidewalks just begging for strolls. If I’m meeting up with a friend for coffee, Condesa and Roma are my go-to colonias. This is also my favorite colonia to go for walks with my dogs, as most of the restaurants are extremely dog friendly (some even offer canine menus), and the parks are perfect for going off-leash in some areas. 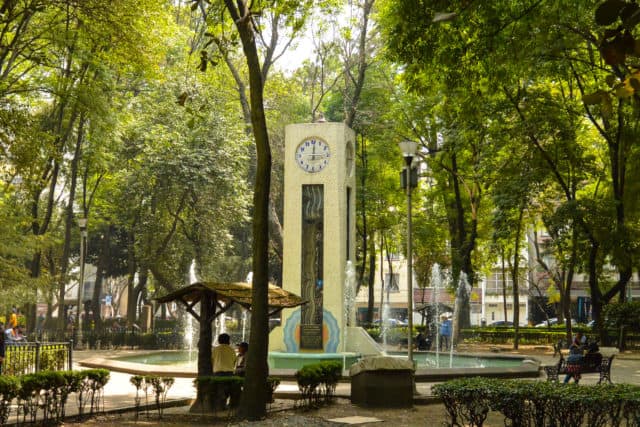 Most importantly for me as a veg, these are two of the best areas for vegans and vegetarians. You’ll find numerous vegetarian street food stalls, vegetarian restaurants (Forever is one of the most popular ones), vegan grocery stores (like Mr. Tofu), and restaurants that offer vast vegan and vegetarian options (like Volver). Bonus points on top of the great food is the upfront view that most restaurants offer as they are usually street level, cafe style, with an awesome perspective of the sidewalk and passing pedestrians. 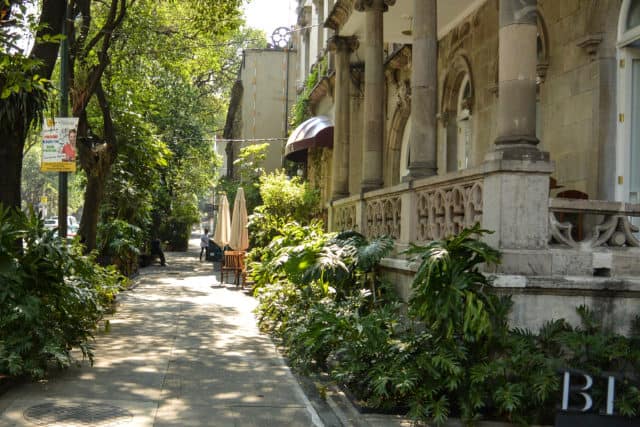 If you’re a tourist, this is the neighborhood you absolutely can’t pass up. All of the major icons of Mexico City are located in this neighborhood, in fact most are situated around the center square! 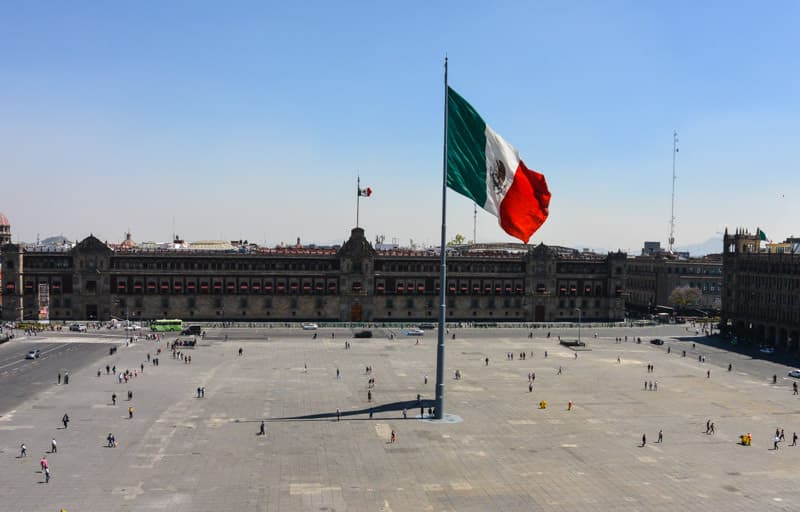 Aside from major tourist and historical attractions (like the Zocalo, Cathedral, and National Palace), the Centro Historico is home to some amazing rooftop restaurants (all you need to do is walk around the Zocalo – hawkers will call your attention to their restaurant’s view while inviting you up), simply delicious street food, and beautiful hotels (the Gran Hotel with its Tiffany-style glass ceiling is particularly noteworthy). 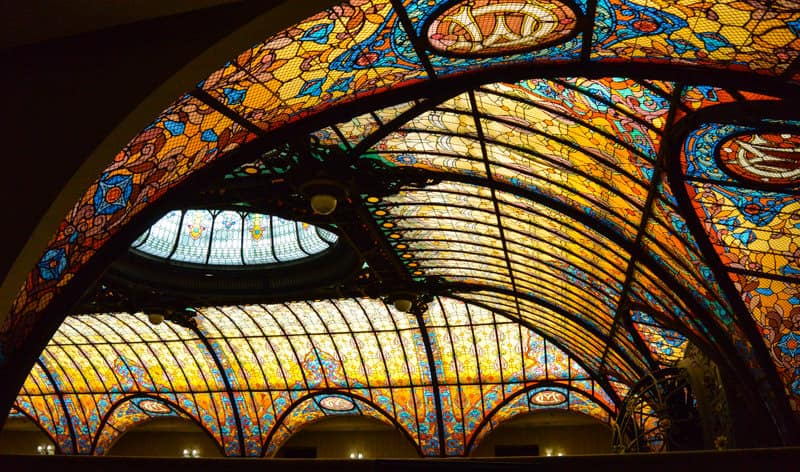 The neighborhood is full of history and character, and has been beautifully preserved. While a decade ago the neighborhood was a bit seedy (and pickpocketing occasionally happens even now), the police force patrolling and general revitalization has made it a very safe area for wandering and enjoying.

I might be a bit biased, as this colonia is also my home. While a lot of people brush it off as snobby or overpriced, I entirely disagree. I love my neighborhood because I feel safe and at home (which for me justifies the additional expense), and the sidewalks are wide, clean, and dotted with trees – important for anyone like me who enjoys walking from place to place. 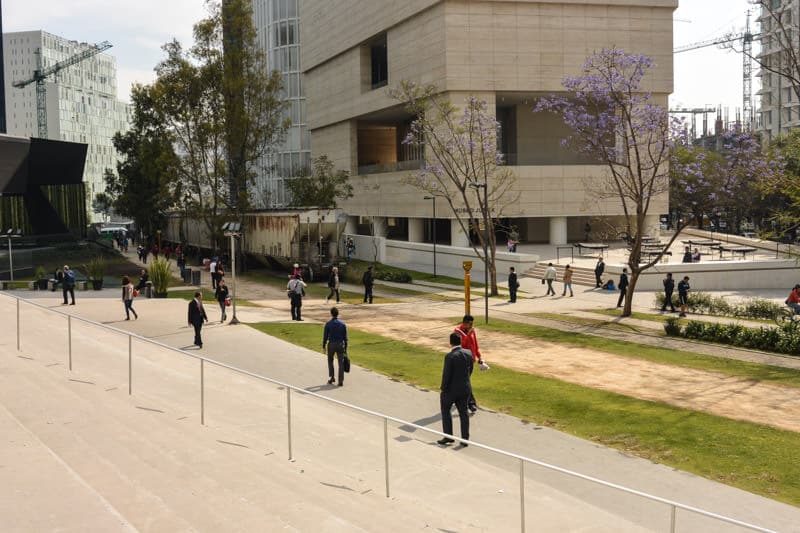 If you’re looking for museums, the spectacular Soumaya, Museo Jumex, and Aquario Inburso (aquarium), are all located in the same square. As has been mentioned (and mentioned some more), this area also has lots of malls, and outstanding cuisine. 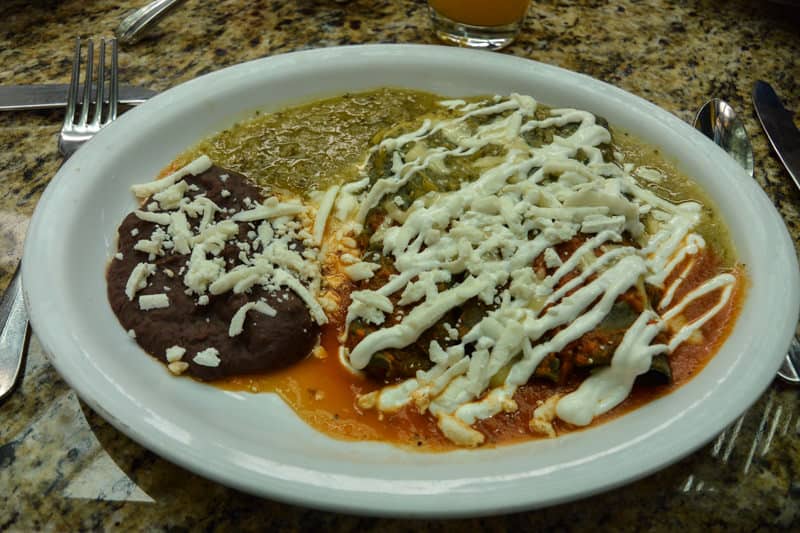 If familiar with Mexico City, you may notice that Coyoacan isn’t on my list. While it is a darling of many expats and visitors, I’m not a big fan of Frida Kahlo’s old stomping grounds. It’s quite a ways out from the rest of the city, and aside from a few artist-related attractions (including Kahlo’s Blue House) and an overrated market – I can’t find much to do there, or much of a reason to like it enough to go back, even though I’ve tried three times. Unless you’re a major Frida fan, and especially if you’re on a time limit, I’d skip it.

One of the things I love to do from Mexico City is take advantage of some of the cheap flights on the weekend and head over to Belize for the many cool things to do there as well. 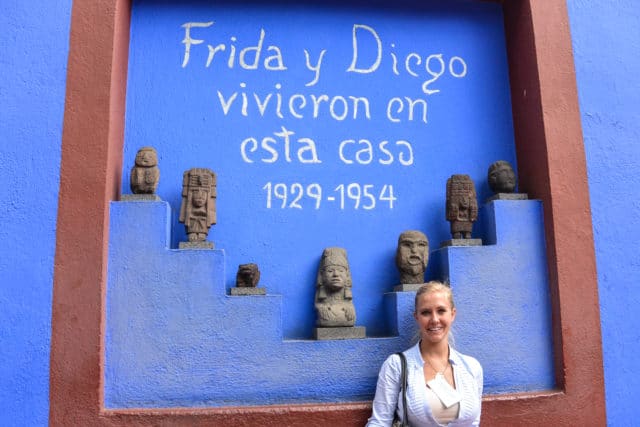 6 thoughts on “My Favorite Colonias of Mexico City”