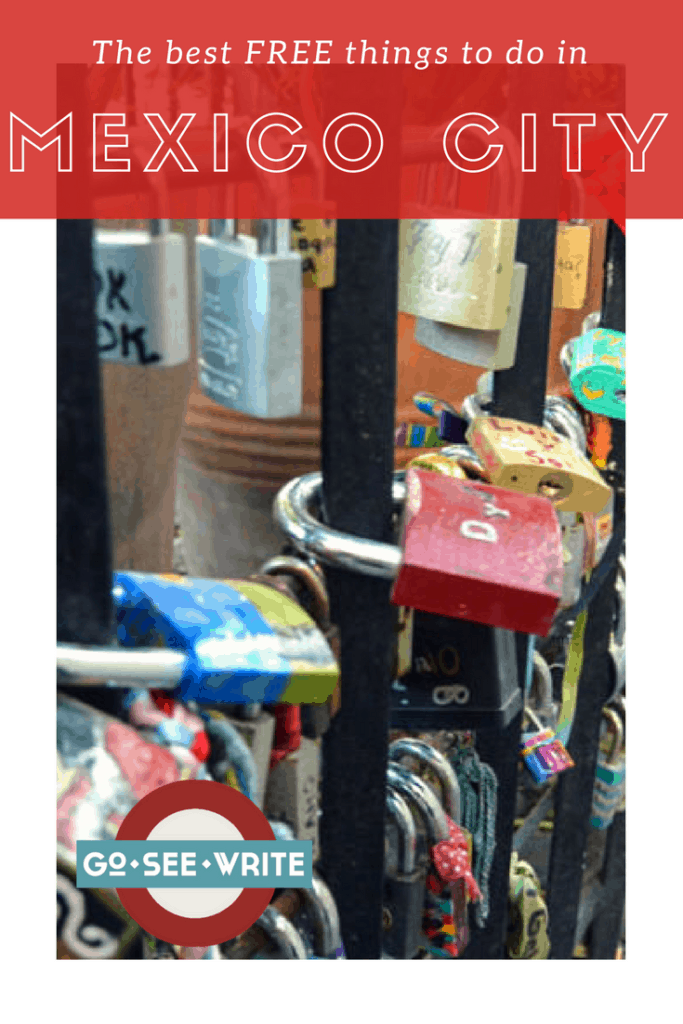 Far from the dull gray city I imagined before moving to Mexico City (without ever having visited), I’ve been thrilled by the endless free activities and serious sightseeing that this gorgeous city has to offer.

Even on a budget, it can be hard to narrow down your choices to fill a weekend, long weekend, or even a week! Regardless the length of your planned stay in Mexico City, these are my top picks to get a feel (for free!) for Mexico’s capital:

Check out the Historic Center 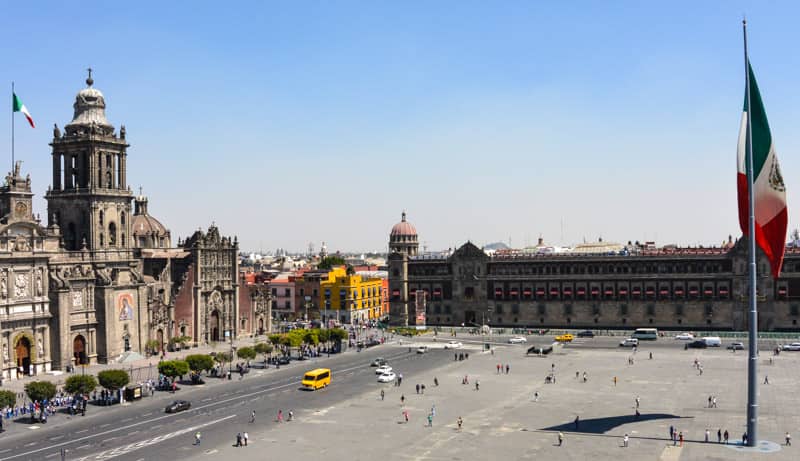 the Zocalo marked by the Mexican flag, with the Metropolitan Cathedral to the left and the National Palace behind

Also known as Centro Historico or simply Centro, this is the central neighborhood in Mexico City. And at the center of the Centro is the Zocalo, surrounded by some of the most important buildings in Mexico City (over 1500 of which have been declared historically important).

Zocalo – The largest plaza in all of Latin America (with the capacity to hold almost 100,000), the Zocalo has been an important gathering place for Mexicans for centuries. This square hosts ceremonies, political proclamations, parades, religious festivals, and even protests.

National Palace – Home to the offices of the President, the national Treasury, and the national Archives, the palace is located on the entire east side of the Zocalo. It is free and generally open to the public to enter, with beautiful gardens and amazing Diego Rivera murals to see. The central balcony of the palace is where the President rings the bell on September 15 to celebrate Mexican Independence.

Mexico City Metropolitan Cathedral – Mexico City’s Metropolitan Cathedral is one of the largest and oldest cathedrals in the Western Hemisphere (and arguably the most beautiful). Construction began in 1573, and wasn’t completed until 1813, though stabilization upkeep work continues. You can visibly notice the crookedness of the church as it is sinking, with different parts sinking at different rates (most of Mexico City was built on a lakebed and some older buildings have sunk considerably).

Spend a morning (or more) in Chapultepec 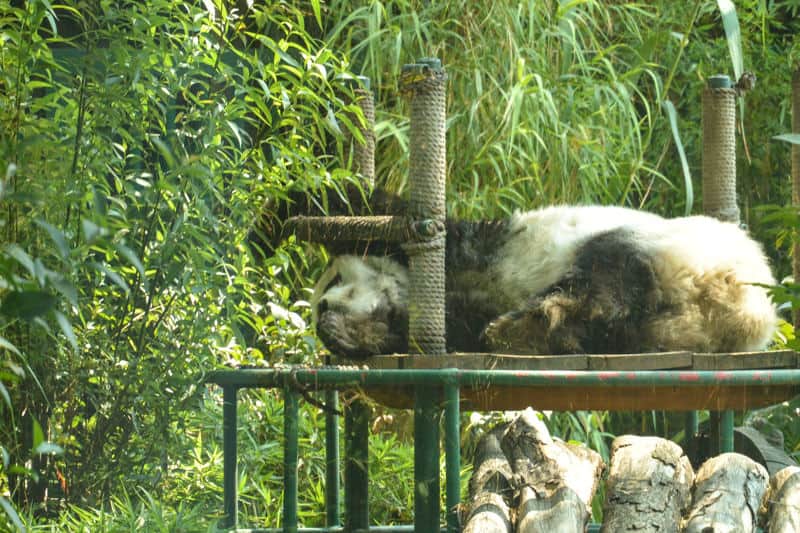 one of the famous pandas at Chapultepec Zoo

One of Mexico City’s most famous green spaces, Bosque de Chapultepec (Chapultepec Forest) is absolutely huge at over 1500 acres. In fact, it is the biggest city park in the Western Hemisphere!

Even if wandering a city park doesn’t seem at all appealing, don’t dismiss Chapultepec yet. The “lung” of Mexico City is also home to some of the city’s most major attractions, including Chapultepec Zoo (which is free to visit!), Chapultepec Castle, and the Museum of Anthropology .

Chapultepec Zoo – With more than 200 different species and nearly 2000 different animals, Chapultepec Zoo is the second largest zoo in Mexico, and one of the best known in the world. Chapultepec Zoo is particularly famous for its giant panda breeding program. It became the first zoo outside of China to successfully breed pandas in captivity, and has been home to eight live births. 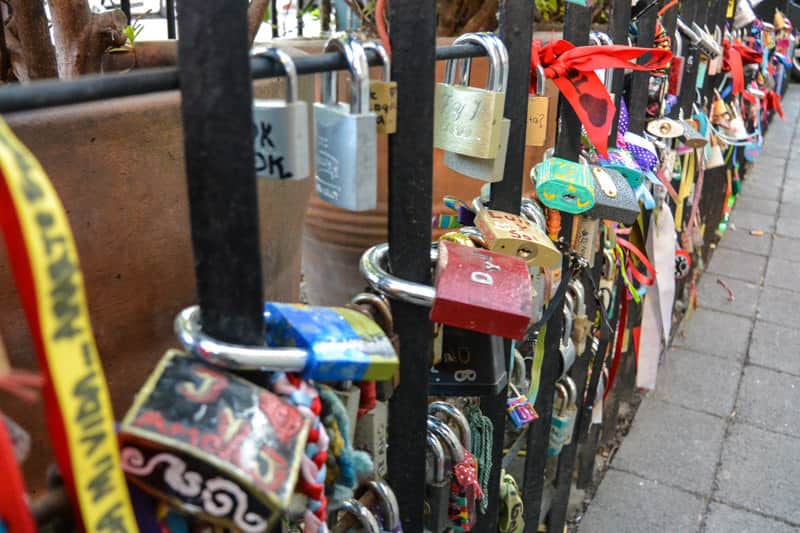 Condesa and Roma are artsy, fun, and quirky – like these love locks!

While Condesa and Roma are well-known for their bar and foodie scene, there’s also a lot to do here for free. They are both beautiful neighborhoods, with a plethora of historic homes, beautiful parks (including my favorite, Parque Mexico), and tons of street art! These are my favorite neighborhoods for taking a walk.

Parque Mexico – My favorite park in Mexico hosts fabulous art deco architecture and sculptures, soothing ponds and fountains, and is the perfect place to people watch. It is also home to my favorite dog park (currently under renovation). 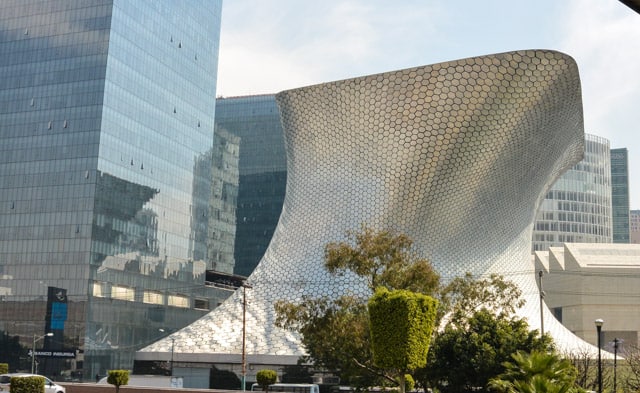 While the neighborhood of Polanco has the reputation of being pricey, and maybe a bit stuffy and pretentious, don’t believe all that you hear! It is home to sculptures scattered everywhere, along with one of Mexico City’s best art museums, the Soumaya in Plaza Carso (totally free to enter).

Museo Soumaya – The museum is named after founder Carlos Slim’s deceased wife, Soumaya Domit. The Soumaya holds more than 60,000 artworks including paintings and sculptures, with the majority of the works European in origin (though many Mexican pieces are featured as well), and spanning more than 5 centuries. Even the building itself is a work of art, with thousands of shimmering hexagonal titles.

Mexico City and the Oddities of Names