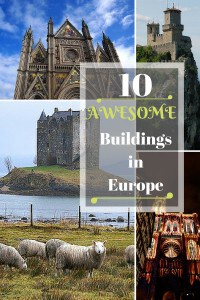 Over the years, we’ve had the opportunity to visit many beautiful buildings and photograph some spectacular architecture. We’ve put together a list of ten of our favorite buildings in Europe although we love many more.

You might recognize Castle Stalker from Monty Python and the Holy Grail. The best vantage point is by turning at the red mailbox in Appin, parking at the end of the road and walking passed the sheep meadow. There is a viewing spot up the hill at a cafe but it was overgrown when we were there and difficult to get a good view. You can also book a visit as long as you are willing to take a boat there and able to climb several stairs. 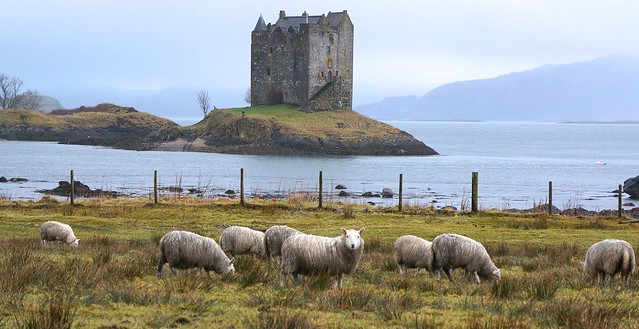 Antwerp city hall is decorated with 87 flags. Including Antwerp, Flanders, Belgium, Europe and the United Nations, there are also flags representing European Union member countries and nations that have a consulate in Antwerp.  In front is the fountain depicting Brabo throwing the giant Antigoon’s hand into the river. One of the first things you will notice in Antwerp are the chocolate hands for sale in many shops. Antwerp means hand throw in Old English. Another great building is the Antwerp train station, don’t miss it! 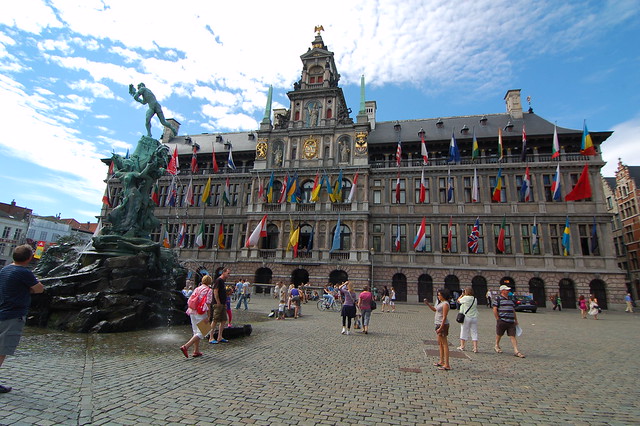 Known as one of the most magnificent gothic cathedrals in Europe, Our Lady of Strasbourg just celebrated her millennial birthday with a wonderful light show. Inside you can watch the minutes tick by on an astronomical clock dating back to 1842 and an organ that is nothing short of a work of art. In the summer months, you can admire this towering beauty from a nearby patio while enjoying a local libation. 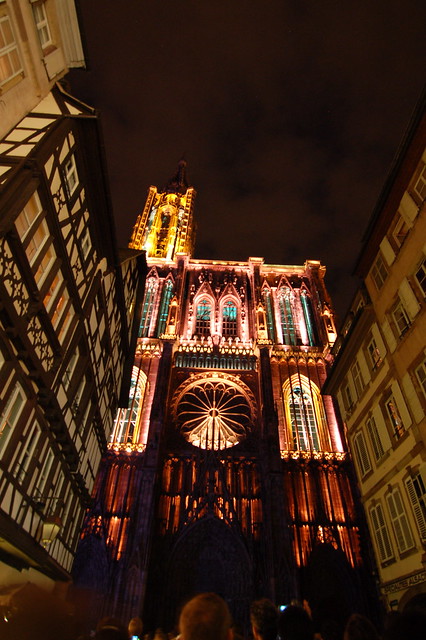 Known as the town hall of Florence, the Palazzo Vecchio looks like a typical palace from the outside but its real beauty is on the inside with great rooms covered in artwork where you can imagine the life of royals ballroom dancing into the wee hours.  If you visit, plan on staying a few hours to take in all the nooks and crannies. The palazzo is open late most days, and until midnight in the summer months. 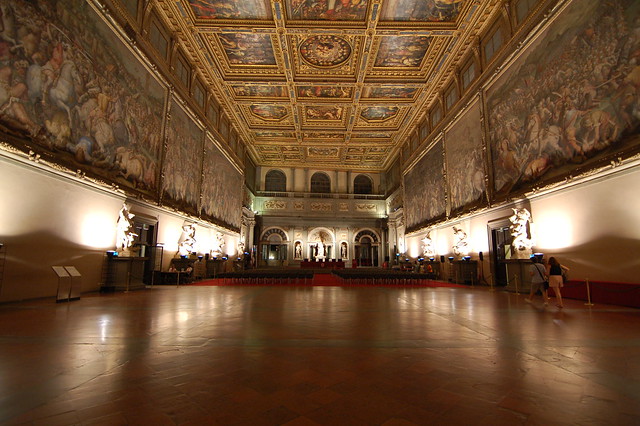 Not too far from the Eiffel Tower is the Quai Branly Museum. An architecturally interesting building including a living vertical garden that makes it look, well, alive! It’s definitely worth a walk by and if there’s an interesting exhibit happening than walk on in. 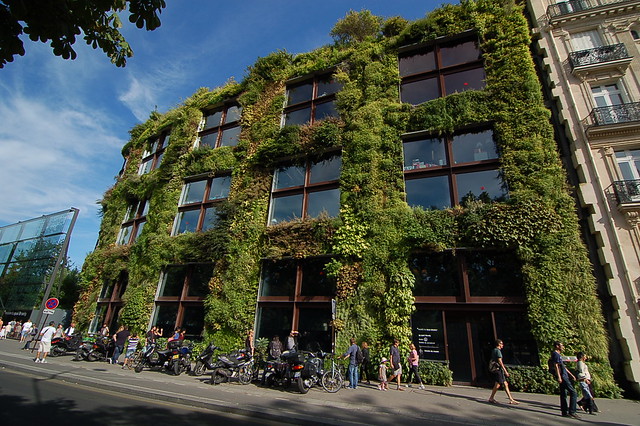 This massive cathedral, visible from miles away is the jewel of Orvieto. Opening in 1591 it was built under instruction by Pope Urban IV to house the Corporal of Bolsena. Inside this beautiful example of Gothic architecture, you will find smaller chapels including the chapel of San Brizio. During the summer months time in this chapel is limited to 15 minutes. 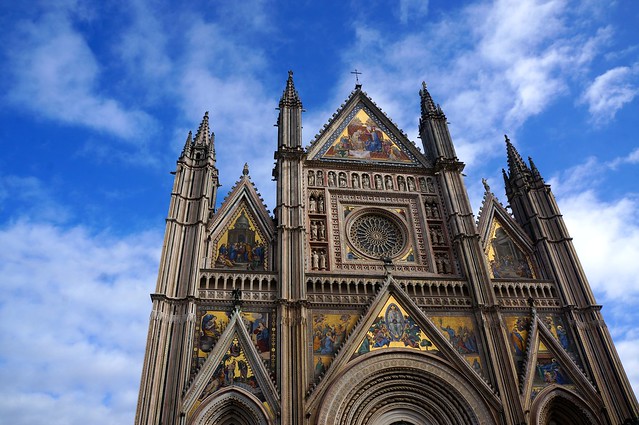 There’s a reason Roman Catholic buildings are some of our favourites even though we don’t buy into the dogma. They are often adorned with gold and jewels and although sometimes acquired in despicable ways, they are a testament to the people’s faith in God. St Stephen’s Basilica built in a Classical style is an amazing sight to see. It is said to house St Stephen’s right hand. The shrine encasing the hand is paraded in the streets on August 20th, the anniversary of St Stephen’s death. 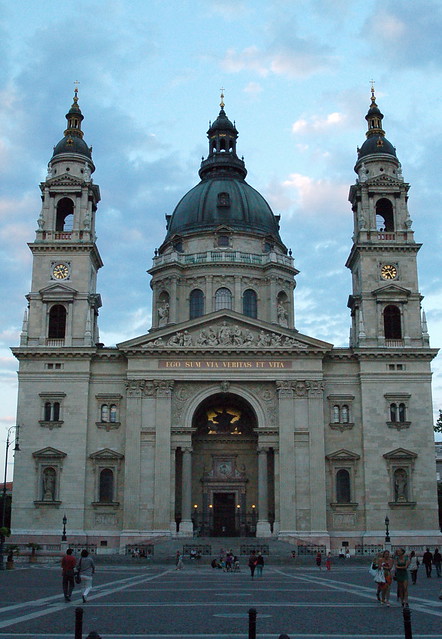 San Marino, a small country in Italy has three fortresses, all perched high up on Monte Titano. The Guaita Fortress is the most famous, built in the 11th century, it served briefly as a prison. In 2008, it became a World Heritage Site. It is quite photogenic on its rocky pedestal. 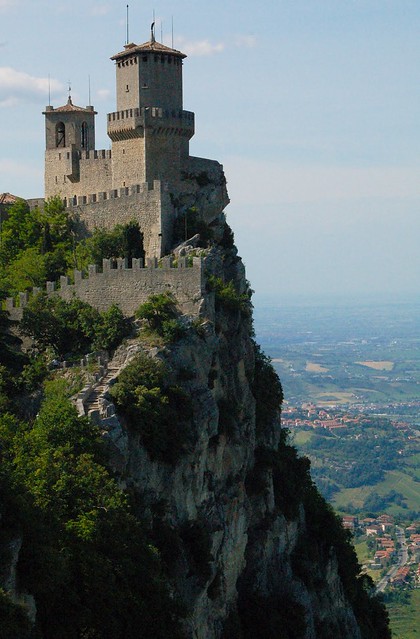 Comprised of two identical buildings facing each other. From inside you can look up 40metres into the dome that is surrounded by portraits of natural scientists and collectors. And let’s face it, everybody likes a domed building. 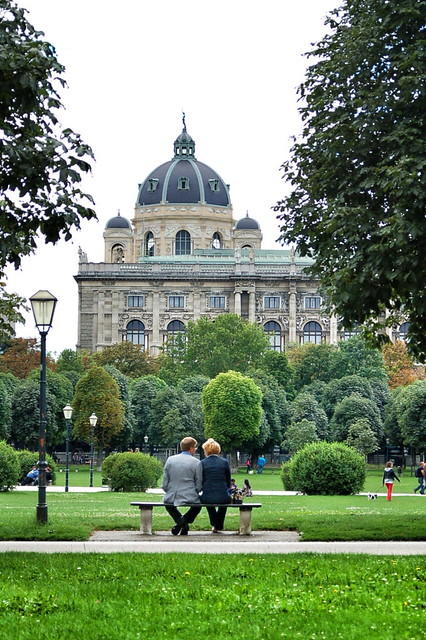 Germans are known worldwide for their designing achievements and BMW’s factory and museum are no exception. They are works of art and also house works of art. You can tour the factory and enjoy some pretty awesome exhibits in the museum. 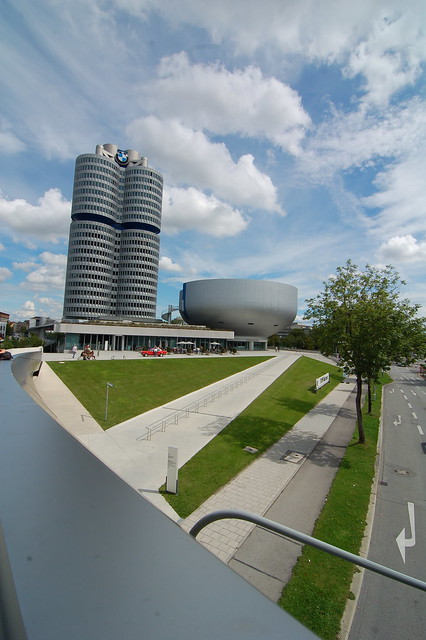 There are so many beautiful buildings that have awed us on our travels and at home, this list could have been much longer. Did you see any of your favorites on this list? If not, which would you add?

13 thoughts on “10 of our Favorite Buildings in Europe”