Where is the best place you’ve ever celebrated New Year’s Eve?

Around this year, it’s a common question to ask fellow travelers, and bond over shared stories of awesome escapades abroad.

For me, the answer is simple – the place I spent last New Year’s and look forward to celebrating again in just a few days has definitely stolen my heart as my absolute favorite. 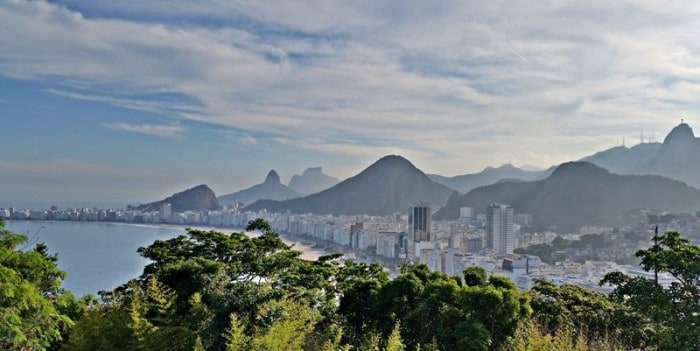 Aside from sensual samba, delicious caipirinhas, amazing beaches, and awesome day hikes, Rio is a destination to visit even JUST for its New Year’s Eve parties. 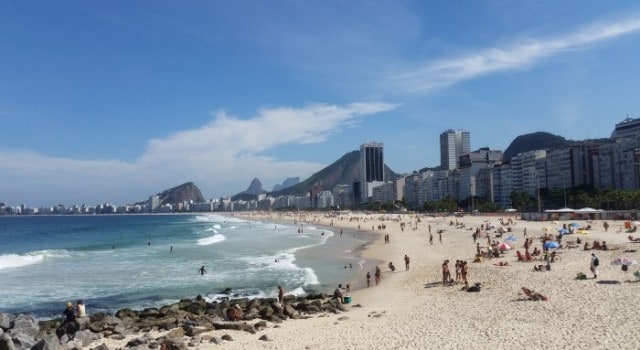 Rio even has a special name for its NYE celebrations – Reveillon. Even the name sounds exotic and magical.

And great news – if you want to get in on the party as a foreigner, you’ll be more than welcomed.

What do you need to know as a Reveillon first timer?

First, you’ll want to dress in white. White is symbolic for purity and renewal, and also pleases the goddess of the sea, Iemanja, who you may be visiting later in the night. While typically a fashion faux paus, for Reveillon you’ll try to dress in as much white as possible, but whatever you’ve got (from a white t-shirt with khakis or even jeans, all the way up to a fancy all-white ensemble) is fine – as long as you avoid black, which will bring bad luck. If you want to jazz up your white rags, you can add some red (to bring romance), green (for health), yellow (for wealth), or blue (for peace). For dinner, you’ll want to avoid chicken and other feathered fowl (vegetarians are in luck, for once!). Chickens scratch backwards when eating, and eating them on the New Year’s Eve would doom you to similar backward motion in the new year.

Next, most Reveillon celebrators engage in some sort of pre-midnight drinking festivities. Whether you “pregame” in your hotel room, gather with friends at a chic Leblon bar, down some cervejas at a boteco, or even just drink in the street (yes, it is legal in Brazil), you’ll be joining in on the festive atmosphere. Participation will vary from having a few drinks to all-out, passed-out inebriation (be careful where you step). Avenida Atlantica is particularly popular from 8pm onward, with live bands and a lot of samba. 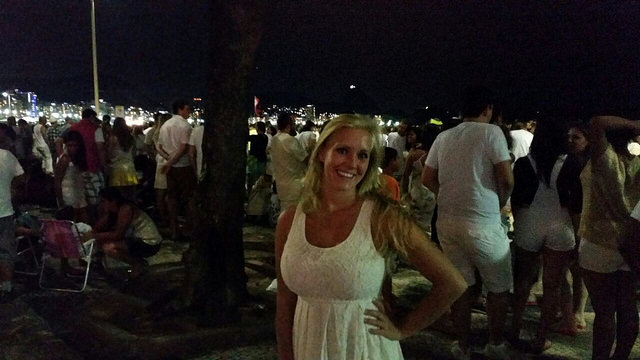 Then, you’ll begin making your way from wherever you are to Copacabana Beach. Thousands will be gathering on the beach (likely posted up hours ago to snag a prime seaside spot) and filling the blocked streets. In 2013, over 2.3 million partiers gathered, making Copacabana Beach at Reveillon the largest beach party in the world. Seeing so many people, all dressed in white, all waiting and ready for the New Year’s possibilities is a powerful experience. And a lot of fun. 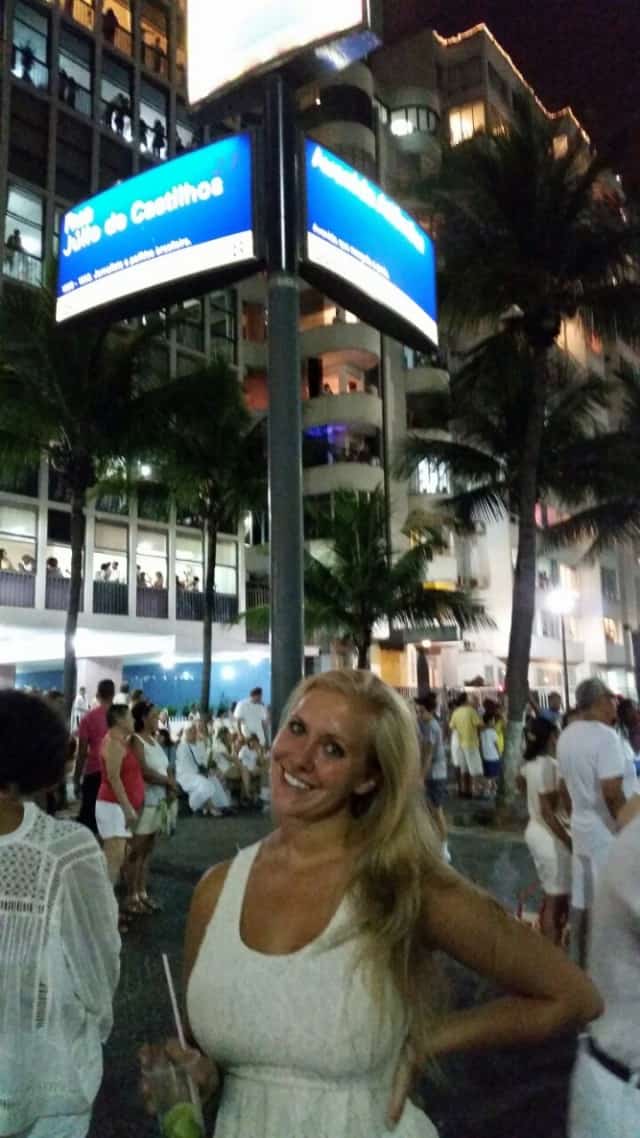 Finally, at midnight fireworks will explode throughout the sky. This is the time to kiss your partner (or maybe a stranger?) or just hug your friends. Enjoy seeing the sky lit up in vibrant colors, and take in the millions of fellow celebrants. Reveillon’s twenty minute fireworks display is one of the largest fireworks shows in the whole world. Despite the crowd and no matter where you’re at on the beach, you’ll be able to see the show.

If you’re feeling brave and hopefully not too schwasted, head on into the water. A major Reveillon tradition is jumping over seven waves, to start the new year out right!

If heading to the sea in the dark of night with millions of drunk strangers isn’t your thing, you can pay homage to the goddess of the sea in another way – by sending offerings and prayers. Purchase flowers, candles, perfumed rice, and little boats (from any of the number of pop-up seaside vendors) to make a wish over before sending them out to sea. Make sure to give them a good, hard push. Legend has it that if the offering comes back to shore, prayers won’t be granted.

What to know before you go to Rio de Janeiro