Skip to content
Home » Blog » Go on Safari in…. Mexico? 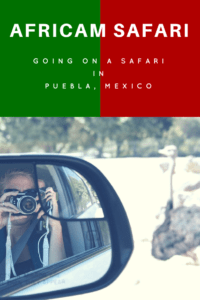 But the small town of Puebla, Mexico, offers a spectacular safari experience without the expensive overseas plane ticket, or even a guide or safari lodge stay.

If you’ve heard of Puebla, it’s probably for its poblanos and fantastic mole sauce and not for giraffes and lions. But this mid-size Mexican city just a short drive from Mexico City is home to an attraction maybe even more exciting than traditional (and delicious) Mexican food.

Instead of an African safari (and at a teeny tiny fraction of the price), Puebla offers an Africam Safari – with many different habitats including an African Savannah, a Tropical Jungle, a Mexican Forest, American Steppes, and many more. The Africam Safari park’s diverse zones are home to more than 2500 animals of 350 different species. The habitats have been specially designed to mimic the native homes of the animals, and provide the most natural experience possible for the creatures housed there. The expansive space and animals’  ability to roam freely is said to positively affect animal development and reproduction rates, as it is much more natural and enjoyable than being confined in a small enclosure. 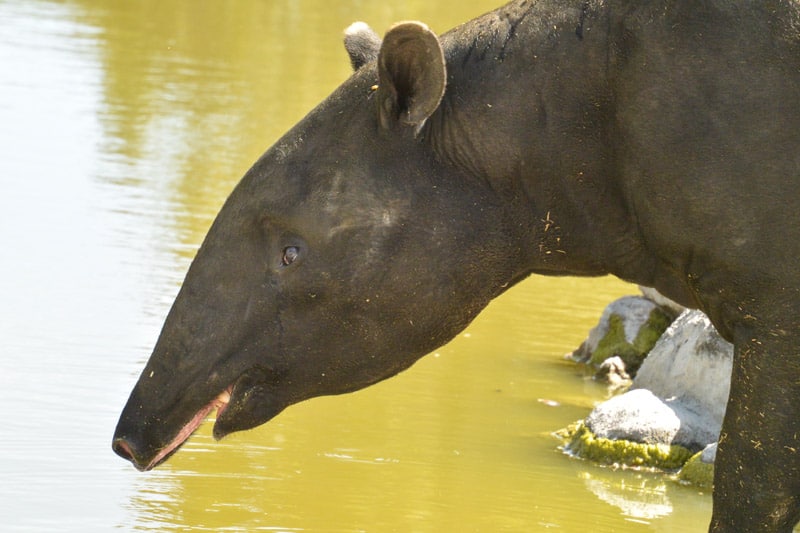 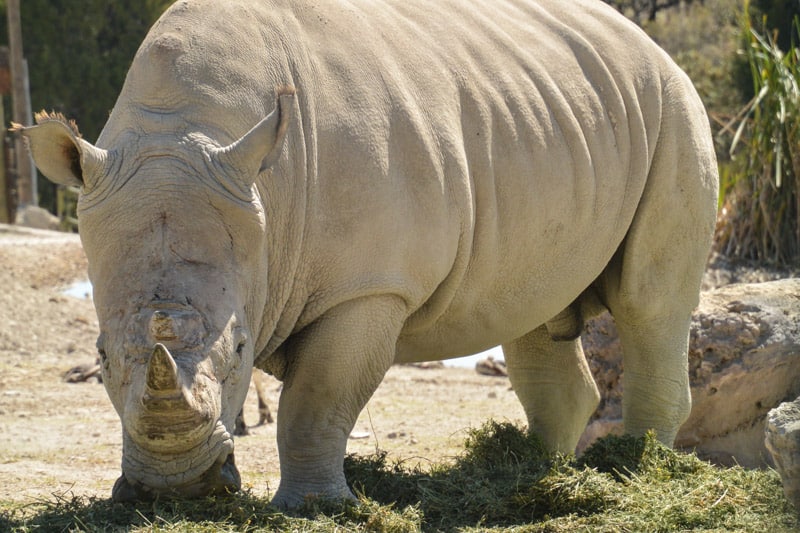 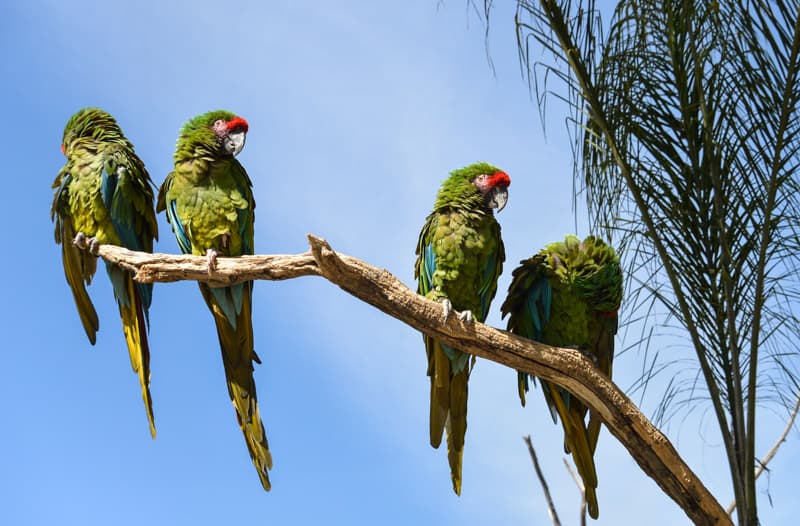 The Africam Safari originally began in the 1970s as a private animal reserve. The collection of animals was owned by Carlos Camacho Espiritu, a multi-talented pilot, radio host, and businessman. Carlos created the park with the goal that the animals could live as naturally as possible. He named the reserve by combining the continent where most of his animals hailed from (Africa) along with his last name (Camacho): becoming Afri+Cam.

Rather than peering at confined animals through a screen or window like in a traditional zoo, the Africam Safari provides an actual self-guided safari experience. Visitors can choose whether to carefully and slowly drive their own car through the habitats, or take one of the park’s guided tour buses. 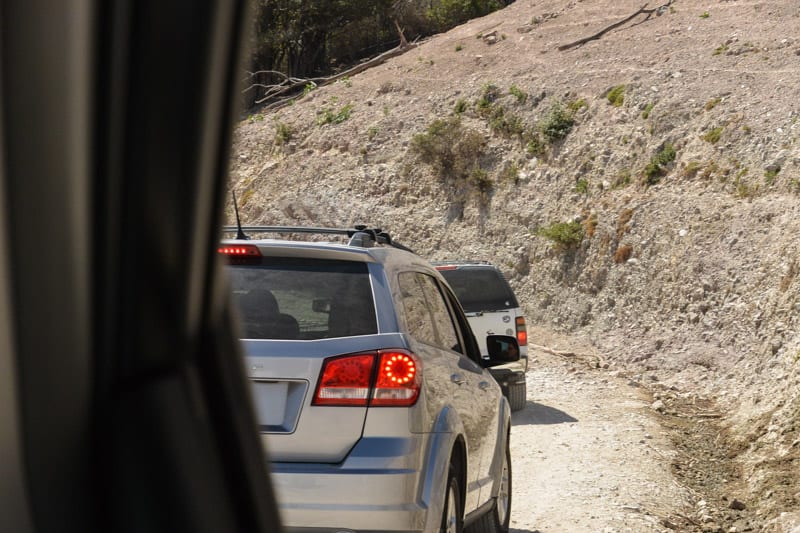 The up-close-and-personal animal experience is unlike anything you could experience outside of taking a real African safari. Without reflections in the glass of exhibits, or thick fences obscuring your camera, the photo opportunities are endless! 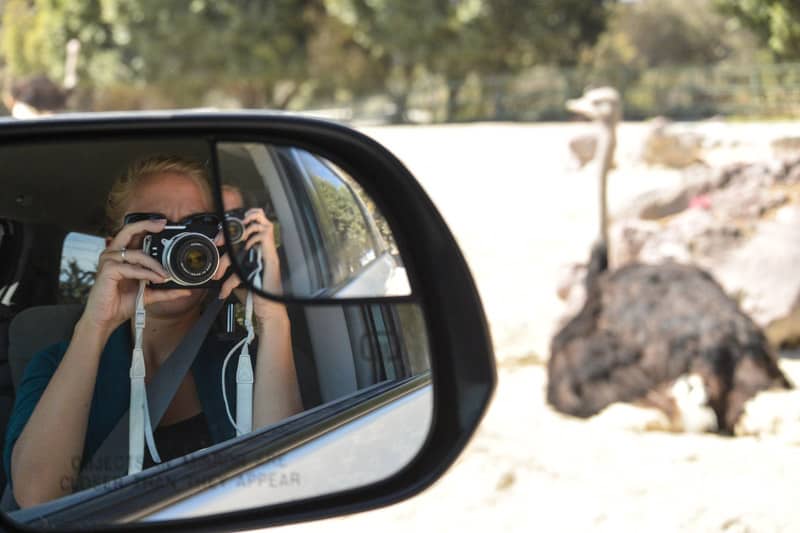 As you drive through the park, signs advise whether you can have your windows rolled down (near animals like giraffes, gazelles, and zebras), or whether they need to be rolled up for safety (in the habitats with tigers and bears). 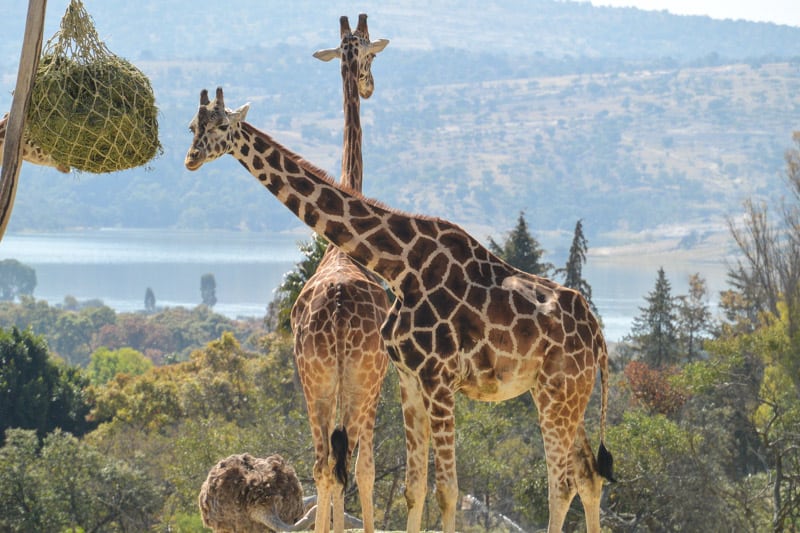 The window can be rolled down by the giraffes 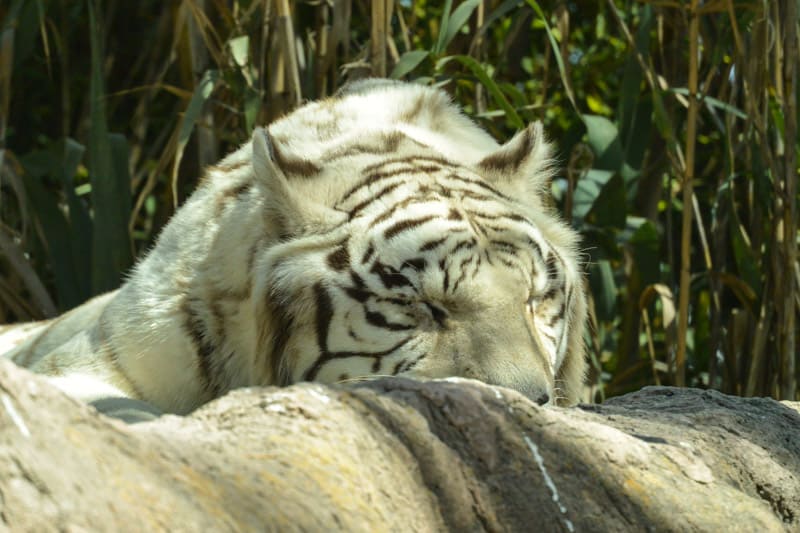 Only one habitat area (the Adventure Zone) even slightly resembles a traditional zoo. In this section, vehicles are not allowed and visitors must walk to each exhibit, including a butterfly zoo, bat exhibit, kangaroo exhibit, reptile exhibit, insectarium, and small mammal enclosures. These exhibits are more traditional in style and while still large, the animals are enclosed with fences or glass.

The kangaroo exhibit was one of my favorite enclosed exhibits. While I spent a few days in Melbourne three years ago, I didn’t have the opportunity to see kangaroos in the wild. The Africam Adventure Zone has an area full of kangaroos just hanging out. It was a dream come true! 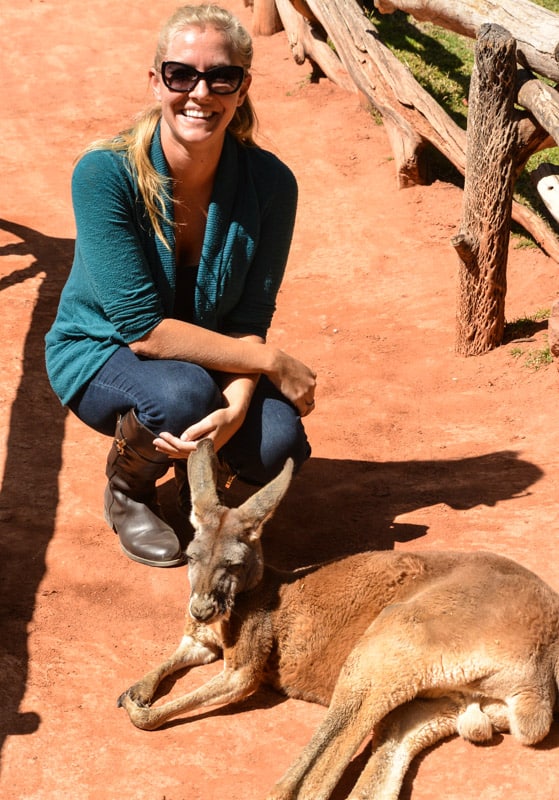 While I definitely want to go on a “real” safari in Africa someday (and to see wild kangaroos in Australia), that day is probably at least a few years out. Until I can make it to the amazing continent that is home to so many interesting animals, the Africam Safari was an awesome experience!