Australia is on a lot of people’s bucket lists. And with great cities like Sydney and Melbourne, and the ever famous Great Barrier Reef, it’s no wonder. But another reason why many travelers arrive en mass to this Southern continent is its very unique wildlife. With a population density of around 2 people for every square kilometer (and with most of those people packed into cities on the coast), the wildlife has had lots of room to flourish.

Anyone visiting one of Australia‘s cities can see the more famous creatures at one of the countries many zoos, but those willing to venture a little further afield will be rewarded with some pretty epic wild life encounters.

The following list will take you around the continent, starting in the north, to some pretty incredible places where you can meet some incredible creatures. 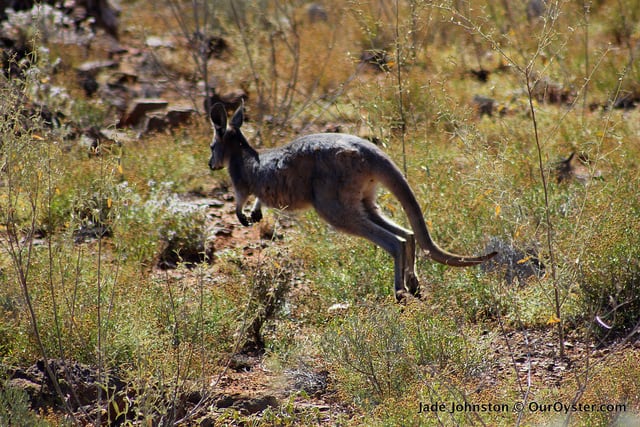 Try to not become a meal for crocodiles in Darwin

Salt water crocodiles are as nasty as their reputation implies. They are an apex predator, widely distributed in both salt and fresh water in the northern regions of Australia, and aren’t adverse to making a meal of humans. So if the sign says “don’t swim,” then you probably shouldn’t swim. But if you want to meet some salties on your own terms, then you have a couple of options.

To see crocs in the wild, your best bet is to go on one of the “jumping croc” tours that depart from Darwin. You will get to go on a boat ride where they dangle chunks of meat from the boat. The crocs literally propel themselves out of the water for this easy meal. You should probably keep all your limbs inside the boat for this one.

If you are in the water and see a salt water crocodile approaching… well it will probably be the last thing you see… unless you are at the Crocosaurus Cove in downtown Darwin. Here you can book yourself a time in the “cage of death,” where you will be locked inside a plexiglass cage and lowered down into the water with a couple of salt water crocodiles. It is not uncommon for the crocs to try to attack the cage. I must have been too skinny and must not have looked worth the effort, though, because they all completely ignored me.

Swim with whale sharks in Ningaloo

Imagine you are bouncing around in a boat in the open seas off the coast of Western Australia. Suddenly the crew shout “everyone in!” You grab your snorkel and fins and hop off the side of the boat to suddenly be swimming alongside the largest fish in the ocean. The whale shark is so graceful and calm that you might not even register at first that it is over 13 meters (nearly 43 feet) long.

Swimming with whale sharks is a rare experience to have, and it can only be done in a few countries around the world. Between the months of April and July, the whale sharks migrate past the waters of Ningaloo and you will have a chance to swim with these amazing creatures.

Boats depart daily from the Australian towns of Coral Bay and Exeter. Most companies have their own spotter planes in the air, which greatly increase your chances of getting to swim with a few different individuals. 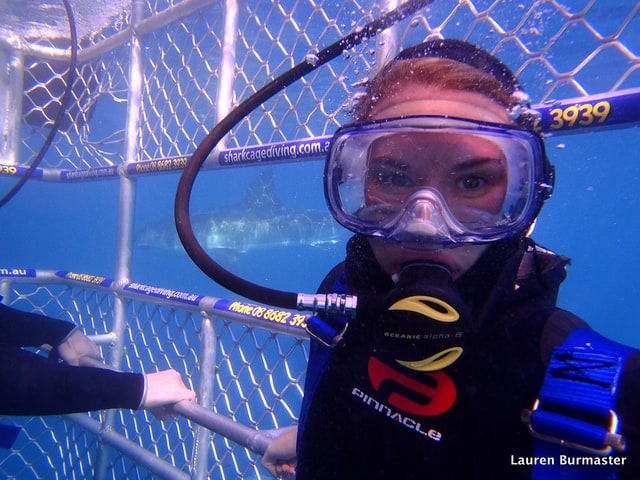 About a seven hour drive from the state capitol of Adelaide in South Australia is the small fishing town of Port Lincoln. This is the best place in Australia to see the king of the ocean – the Great White Shark. Tours depart early in the morning and run for the full day where you will get several opportunities to be lowered into a cage with some scuba gear and a bunch of curious sharks. When we went, there were eight different Great Whites circling the cage and some even came up to have a nibble.

It’s named that for a reason. In fact, there are so many kangaroos and wallabies on Kangaroo Island that the car rental company warned us not to drive as dusk or dawn. This is one of the best places to see kangaroos in the wild. We would be driving past fields and would see dozens of ‘roos grazing in the morning.

Kangaroo Island is not only a great place to see kangaroos, but you can also see seals, penguins, and pelicans here.

Meet up with a dingo on Fraser Island

UNESCO World Heritage-listed Fraser Island is the world’s largest sand island, and is one of the best places to see relatively pure-blood dingoes. The islands isolation has reduced the instances of interbreeding between domesticated dogs and the dingo population, and no dogs are allowed on the island. The dingos here are relatively used to having people around, and often hang out on the sandy beaches, making them easy to spot and photograph. However please be warned that interacting with or feeding a dingo will come with a hefty fine, and that fed dingos often have to be put down as they later pose a threat to humans.

Jade Johnston blogs about all things travel at OurOyster.com. She likes to write helpful guides for the places she visits to help others realize their travel dreams – on a budget. All this while navigating international travel with a baby. You can also connect with her on social media. Take your pick of Facebook, Twitter @our_oyster, Pinterest, or Google+.