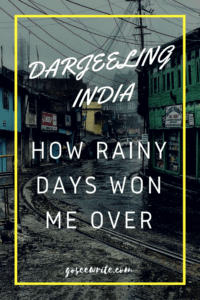 Imagine India for a moment. You might be visualizing crowded streets, colorful, silky fabrics, vibrant markets, and tuk-tuks speeding around. You would be correct, but when I think of India I also visualize the monasteries, mountains, tea fields, and beautiful Tibetan faces of the people of Darjeeling.

I’ve visited India countless times since I was a child, but every time I only went to places my extended family and family friends were located. I wanted to visit places I’d never been to on my most recent solo visit to India. Nestled in the mountains in the corner of India near Nepal, Bhutan, and Tibet, Darjeeling was a part of India that took me by surprise. 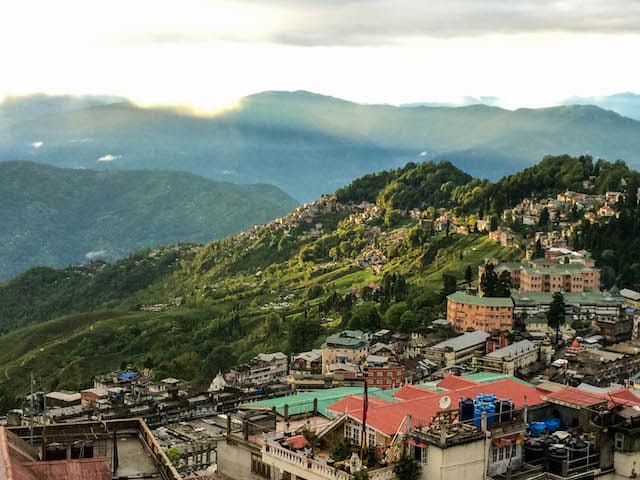 The Jeep hugged the mountain as we ascended higher and higher into the Lesser Himalayas. As I peered out the window and over the cliff face of the mountain road, I began to question why I decided to come here. I’m not sure how the idea manifested in my mind, but I just wanted to go somewhere different in India. Darjeeling seemed like the perfect place. 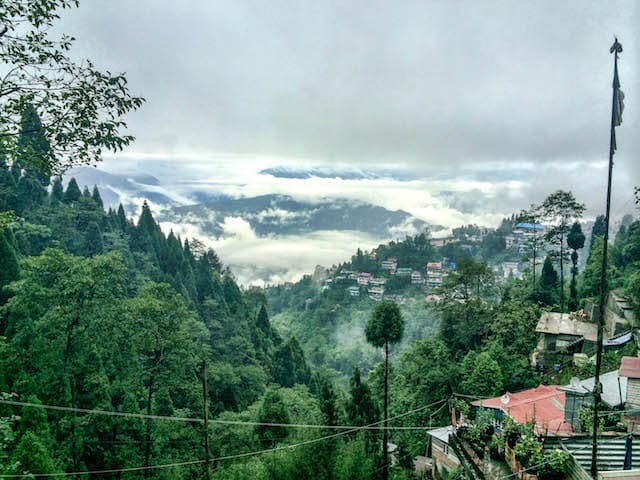 I’d received a message a few days before from a friend I’d met in Varanasi; he couldn’t find any hostels and hotels for us to stay at, but he’d found a Tibetan family to take us in. I wasn’t sure what was going on, but I had no choice but to just go with it.

Darjeeling is small enough that I bumped into my friend on the street as soon as I got out of the Jeep and thanked my lucky stars for making it up the mountain in one piece. It turns out when my friend couldn’t find a place to stay, he approached a group of Germans who invited them to the homestay they were at. The Germans were actually approached by the homestay host when they were in the street with no place to stay. Luckily, their host had enough space for all of us.

The days we spent in Darjeeling were a real learning experience. Our homestay host was an incredibly sweet Tibetan woman and her son. They fed us two delicious meals a day and endless cups of Darjeeling tea. We stayed in a beautiful room overlooking the city and mountains. On a clear day, we could see Kanchenjunga, the third highest mountain in the world, from our window. 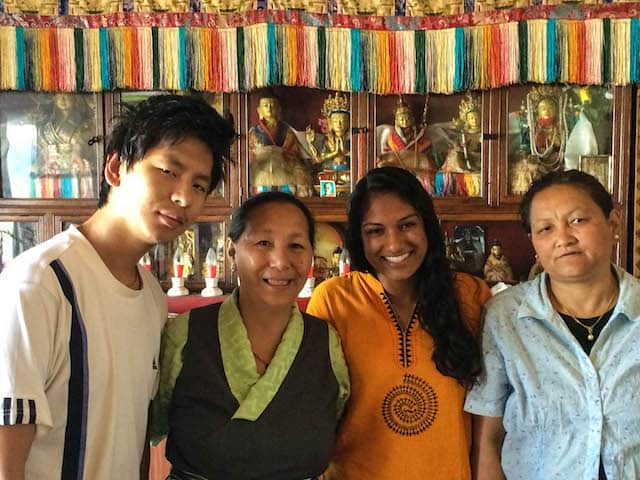 We learned the struggles of living in the mountains. Some days we didn’t have running water. I bathed using a bucket of hot water when it was available. The electricity would fail every now and then and we would be left to chat in the candlelight. We didn’t have much to do up in the mountains at night, but we entertained ourselves with good conversation and embraced the opportunity to learn about this culture. 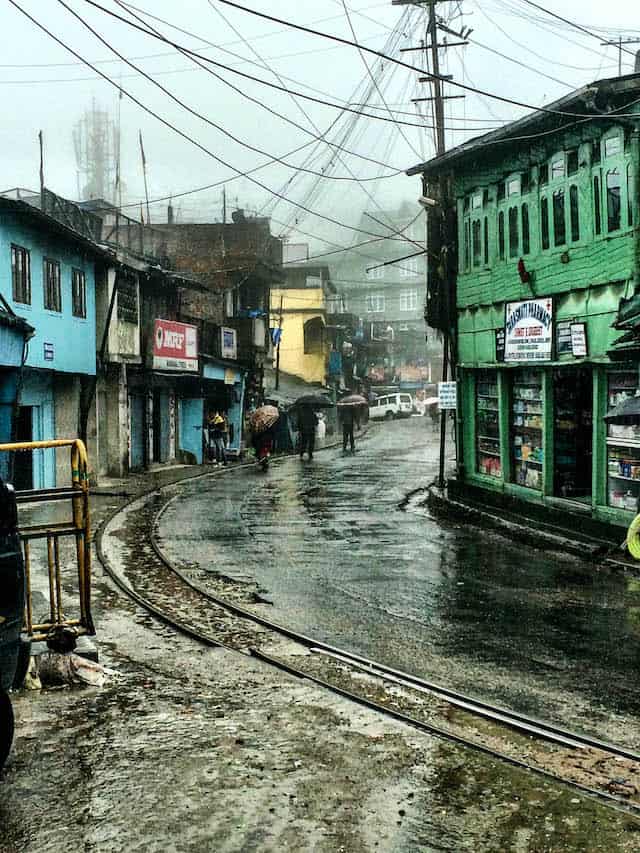 We were undeterred by the rain that wouldn’t let up while we were in Darjeeling. My socks were constantly soaking wet, but I didn’t care. We walked up and down the mountain roads and along the signature Darjeeling “toy train” tracks until we found the monasteries we were looking for. The greenery was lush and houses perched on the mountain cliffs made me feel as if I was walking inside a cloud. Darjeeling’s simple beauty was so natural. 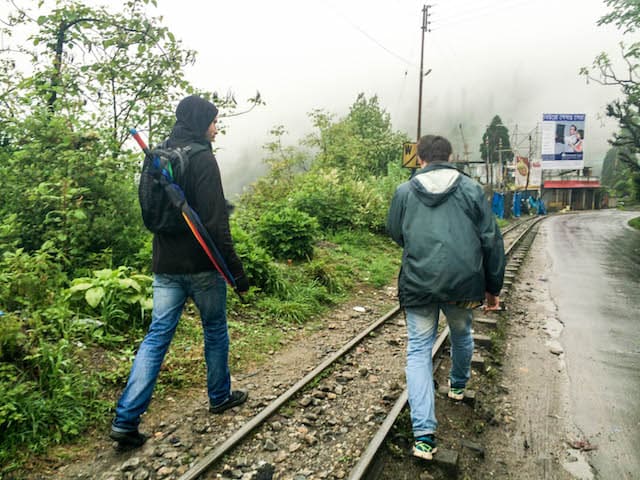 At one point when it was raining too hard, we sought refuge under a roof. As we waited for the rain to stop, the owner of the house came outside and invited us in for tea. I realized then that our home-stay host was only one of a whole community of friendly and generous people in Darjeeling. These were some of the kindest people I’d met in my travels. Despite the sometimes arduous conditions in the mountains, you’ll still be invited inside for tea on a rainy day. 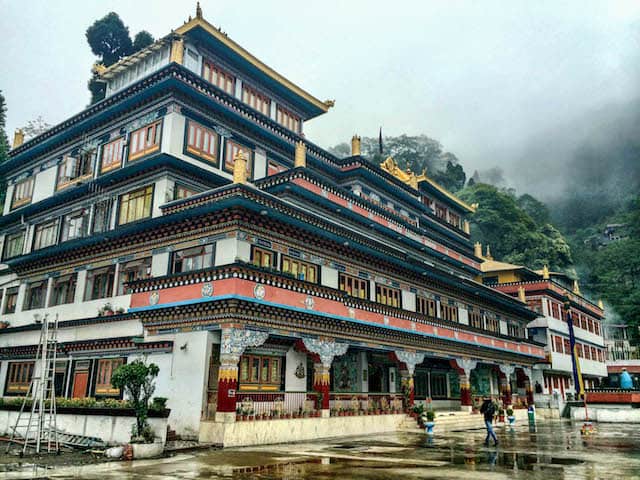 Aside from Indians, Darjeeling is also home to many Nepalis and Tibetans. I was surprised to meet so many Tibetans that spoke Hindi. We looked so different from one another yet spoke the same language; this was a first for me in India. We were welcomed into beautiful monasteries and even tea fields after the tour hours were over. It brought a smile to my face to be so welcomed by the people of Darjeeling.

Darjeeling easily is one of my favorite places in India because it is so different from the rest. While Darjeeling is a tourist destination for both Indian and international tourists, it’s not exactly a typical stop on the tourist trail. I couldn’t have asked for a better “off the beaten path” experience. Would I take that scary Jeep ride up the mountain to this beautiful Indian hill station again? In a heartbeat.

The Highs and Lows of Indian Roads

3 thoughts on “How rainy days in Darjeeling won me over”