When the hill railways first came to India almost 150 years ago, few people could have then predicted the rise of even faster and more efficient means of transportation. The railways gave Indians and visitors the ability to travel the vast distances between cities in a fraction of the time — all the while allowing magnificent views of the Indian countryside.

While the pace of life for many on the Indian sub-continent continues to accelerate, for many, few experiences are as pleasurable as enjoying the three remarkable hill passenger railway systems that make up the Mountain Railways of India.

Whether you’re a honeymooning couple headed to Darjiling or a businesswoman who needs a break from the workweek’s demands, India’s Mountain Railways are the perfect way to rekindle the romance of travel, life and love in India. First named a UNESCO World Heritage Site in 1999, the three railways that make up the Mountain Railways system have each been in operation since the latter part of 19th century or the beginning of the 20th. Each rail is a superb example of innovation in design and engineering that found daring solutions to the problems of rail travel passing through difficult, mountainous terrain. Each of them continues to be fully operational, and while they aren’t the first choice for every traveller on the sub-continent, they are each — in their own way — a piece of important transportation, cultural and technological history. 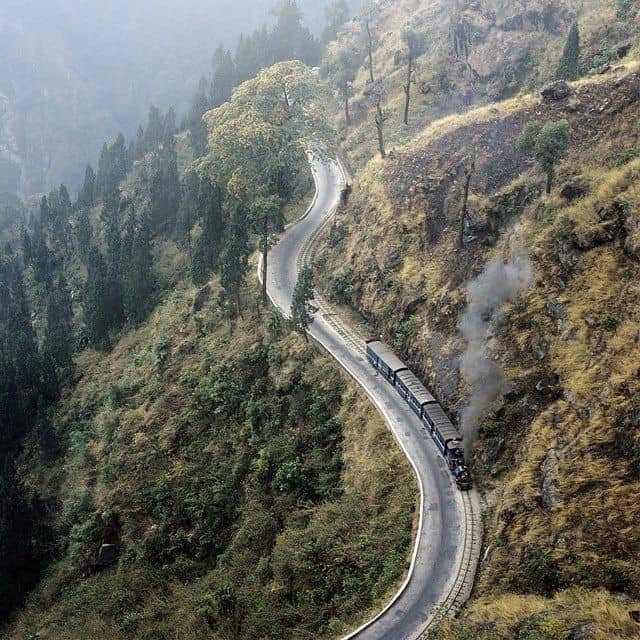 because it runs on kilometre route. This rail line connects Darjeeling and New Jalpaiguri. It travels a path that sees rises and falls from 100 metres up to 2,200 metres at its highest point, when it stops in Darjeeling. Four updated and modernized diesel engines handle the majority of the daily service.

Opened in 1880, the line has basically followed an old path called Hill Cart Road, which has seen little deviation over the years. One of the primary difficulties faced by the engineers who built the rail was the steepness of the climb. Loops and Z-Reverses were employed in order to achieve a gradual rise in elevation; these techniques require the train to move forward, reverse and move forward again. Some of the loops and reverses are so extreme that they earned names like “Agony Point.”

A 1,000-millimetre gauge track, the Nilgiri Mountain Railway was built by the British in 1908, and it continues to operate via steam engines. It travels over 26 kilometres from Mettupalayam to Ooty, and as it does so, it moves through 208 curves, 16 tunnels and 250 bridges, while it travels accross beautiful countryside. The uphill journey is almost five hours, whereas the downhill trip takes just over 3 1/2 hours. 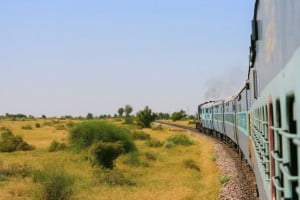 It lays claim to the steepest track in all of Asia with a maximum gradient of 8.33 percent. While all of the Nilgiri Mountain Railway stations have computerised ticketing systems, the line still issues Edmondson-style manual tickets for the trip from Mettupalayam to Ooty — a necessity due to the World Heritage Site status. Today, it is just one of many nostalgic reasons people enjoy traveling the railway.

A 762-millimetre narrow gauge railway system in the northwest of India, the Kalka Shimla Railway travels a stunning route that takes it from — you guessed it — Kalka to Shimla. Travel on this rail line will bring you spectacular views of the Himalayas, the Sivalik foothills and many picturesque villages.

The train travels through 102 tunnels — the longest of which, Barog, is the source of a local legend claiming that the tunnel’s engineer committed suicide. After initially starting the tunnel from both ends, the engineer found that the sides could not meet in the middle. He was fined one rupee for the error, but his pride was so damaged that he shot himself inside the incomplete tunnel. However, this ghost story has so many variations, it’s unlikely that it’s true. The tunnel was finally completed in 1903.

Human transportation has changed significantly since India’s first railways sought paths through its many mountains, hills and land. India’s Mountain Railways may be products of a bygone era, but the feats of engineering that they accomplished coupled with their continuing ability to take passengers safely and serenely through India’s majestic countryside make them important reminders of who India has been and still is. The next time you hope to travel around India, why not experience the land as your grandparents and their parents might have?

How rainy days in Darjeeling won me over