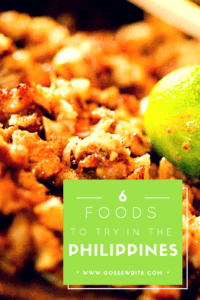 Asia is a region that is known for its culinary gems and also its more eccentric dishes. It is an incredibly versatile part of the world, both culturally and culinarily speaking. When you think of mouthwatering Asian dishes, your mind might go to Thailand, Vietnam, Japan, Korea, or India.

The country that is often left out of the foodie talk; however, is the Philippines. So many travelers that I’ve talked to don’t find Filipino food as interesting as some of the more well known cuisines, but I would beg to differ.

The cuisine in the Philippines is heavy on meat, so if you’re a vegetarian, there’s not a whole lot in this post for you, unfortunately. And as in other parts of Asia, Filipinos truly use every part of the animal when they cook meat, and in very creative ways, if I might add – have you ever tried chicken toenails? How about dried chicken blood in cubes? They’re also the pros at family-sized meals that will fill you up for days. I’m all for food cultures that test your adventurous taste buds and leave you filling full and happy, and that is the Philippines.

As you may have guessed already, a culture as fascinating as the Philippines is bound to produce a few interesting dishes. These are my choices for 6 foods you should try next time you’re in the country. 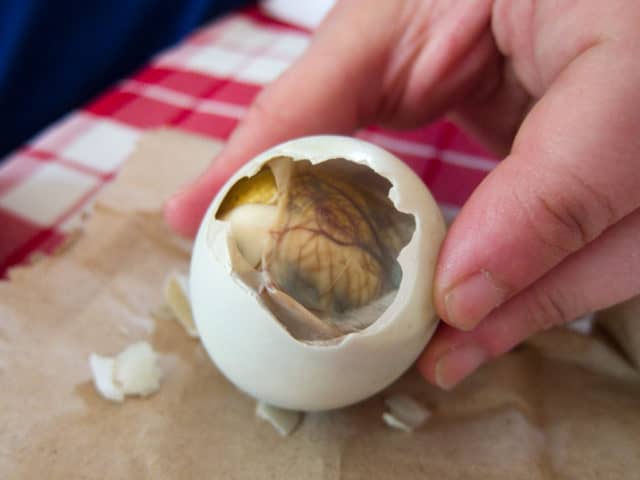 Okay, maybe not the tastiest on this list, but balut is necessary to mention because of how “unappetizing” it is seen in Western cultures. If you used to watch Fear Factor, you would know that balut was once one of those foods they had to eat to pass on to the next round. And to be fair, it does sound pretty hard to stomach from an outsider’s (or even local’s) perspective

Essentially, balut is a fertilized duck embryo, usually about 14-17 days old, that is boiled and served piping hot. This means that there is a little underdeveloped baby chick, feathers and all, inside. The smell may turn you off, but in the Philippines this specialty is seen as an aphrodisiac, which is partially why you can usually find it as a street food at night. 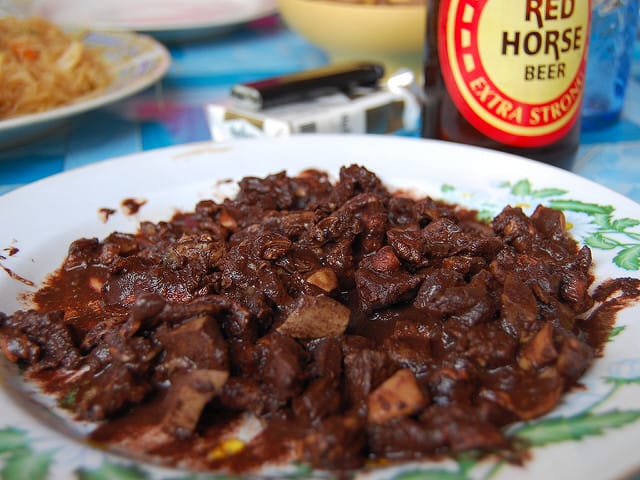 The black pudding of the Philippines, Dinuguan is a blood stew usually made with pork meat, or offal (i.e. kidneys, intestines, lungs, heart, ears, and snout), and green chili with vinegar cooked in pig’s blood. The dark color of this stew and the fact that it’s made with blood and internal organs can turn some people off. However, it’s worth a try at least once, even if you’re not the most adventurous eater.

Dinuguan is best served with rice or puto, a Filipino rice cake. 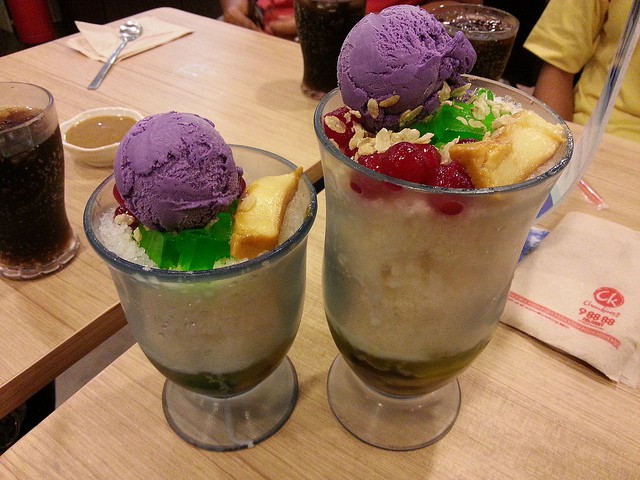 When it’s a stifling hot day in the Philippines, there’s nothing better than halo-halo, a unique take on an ice cream sundae of sorts. There’s a lot going on in this sweet cold treat, sometimes including beans, jello, tapioca, fruit, corn, shaved ice, evaporated milk, flan, and ice cream. Somehow the flavors work well and come together nicely, making it a favorite dessert on a humid day. 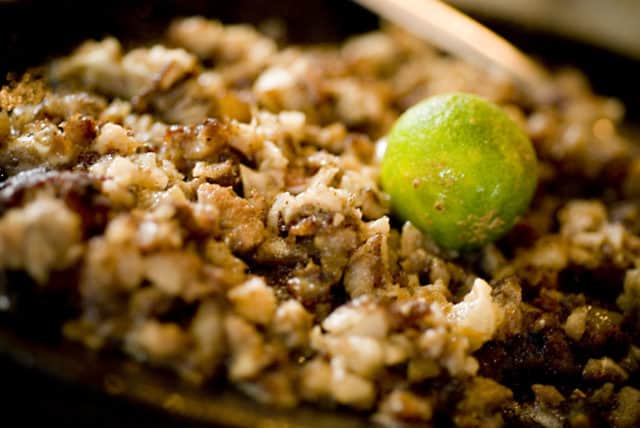 If you’re looking for something to satisfy your munchies after a night out on the town, look no further than pork sisig, a crunchy meat-heavy dish. This is one of the more popular dishes with tourists due its hearty and scrumptious nature. You may not know for sure what types of pork body parts you’re eating (usually the head), but this is one of the Filipino dishes you’ll probably fall in love with right off that bat if you’re a meat eater. 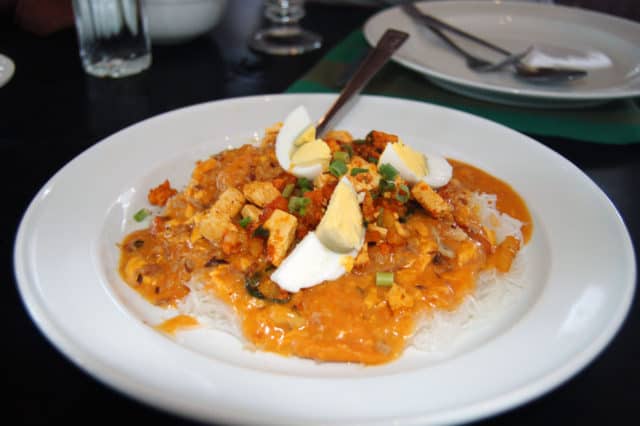 One of the more colorful Filipino foods you’ll find, palabok is a bright orange noodle dish that can come with either thin or thick noodles. On top of the noodles, it generally has shrimp sauce, tofu, garlic, green onions, boiled pork, and hard-boiled eggs.

If you’re craving a satisfying noodle dish, this is what you would want to find in a local eatery. 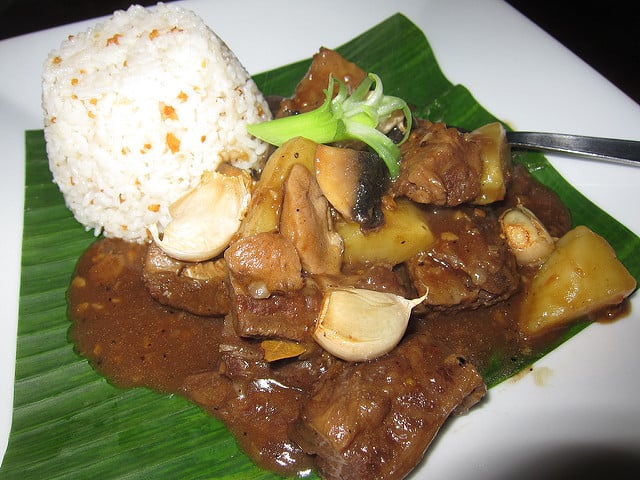 Saving the most popular Filipino food for last, Adobo is a cooking process and also a dish in the Philippines. It may seem simple but it offers up a savory and comforting flavor of soy sauce, vinegar, and pepper over your choice of meat, seafood, or vegetables. You can find a number of variations on this dish and it can easily be added on to as well.

Adobo is considered the quintessential Filipino stew, and even thought of by some as the national dish of the Philippines. This dish and style of cooking is a must-try while you’re in the country.

Have you tried Filipino food before? Which dish would you try first from this list?

Historical sites to see on Corregidor Island in the Philippines