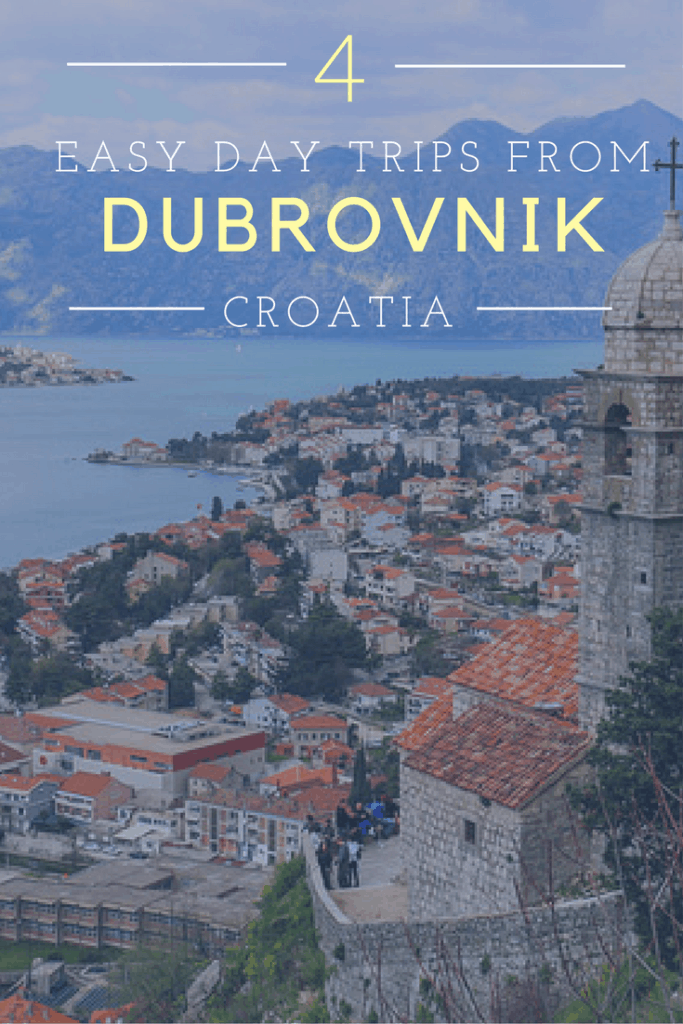 Dubrovnik was the first place I ever visited in Croatia back in 2007.  I’ve since returned to the city in 2012, following a week of backpacking and island-hopping down the country’s coastline.  Whilst there is easily enough to keep you occupied in Dubrovnik for a good few days, the city can get ridiculously busy, especially during the summer months.

So when you find yourself needing to escape the throngs of tourists, here are a few suggestions for four easy day trips to take from Dubrovnik. 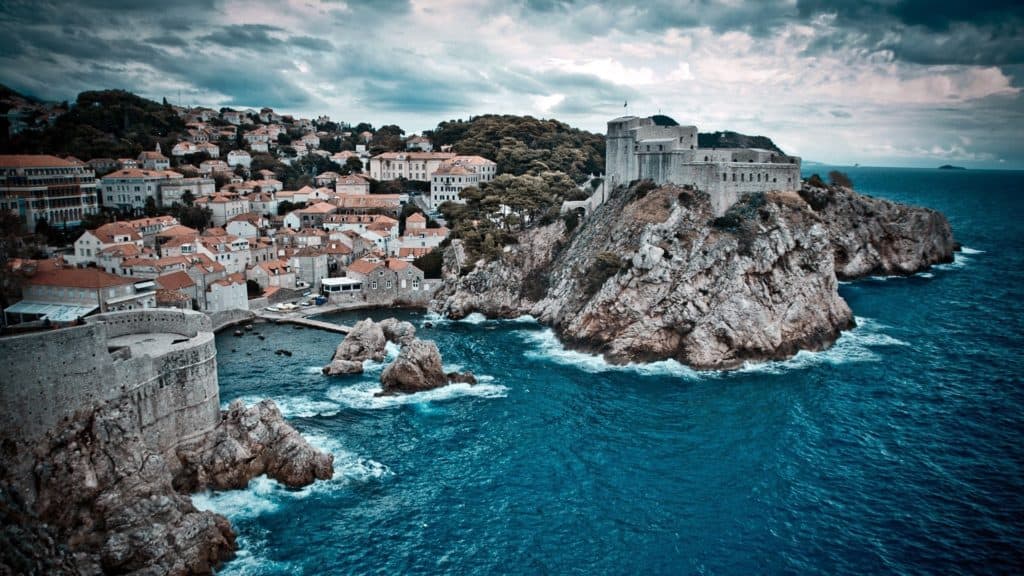 If you’ve already walked around Dubrovnik’s city walls, you’ll probably have spotted the tree-covered island of Lokrum, just one kilometre to the southeast.   We kayaked across to the island, which I loved.  However if you’re not feeling quite as adventurous then there are ferries that run the route every 30 minutes during the summer from Dubrovnik’s Old Port.

Lokrum has a population of wild peacocks that roam amidst its lush vegetation and tall triffid-like cacti, as well as beautiful salt water lake that’s perfect for swimming. 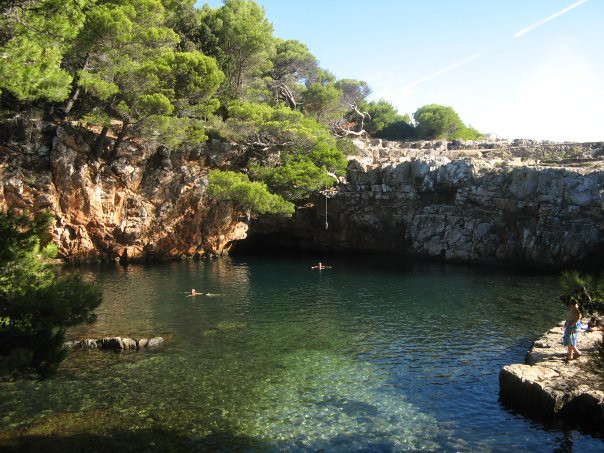 You can also climb up to Fort Royal for some fantastic views across the island. 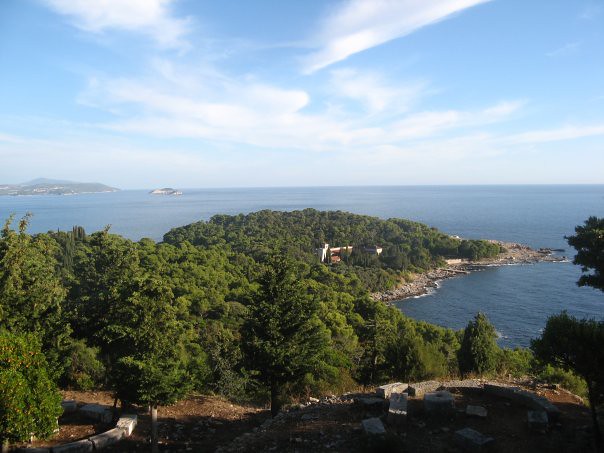 Mljet is Croatia’s greenest island and lies 37 kilometres from Dubrovnik.  The G & V Line catamaran docks at Sobra after a journey time of approximately an hour.  Once you’re there the best way to explore the island in a day is to hire a scooter and ride up through its national park (there’s a 90 Kuna entrance fee to get into the park). 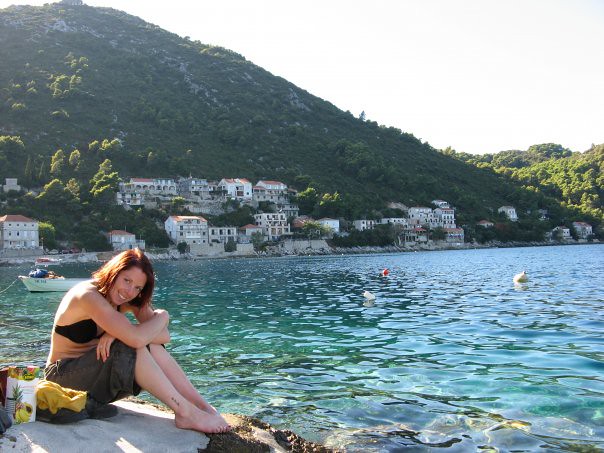 You can also explore the shores of its two saltwater lakes, Veliko Jezero and Malo Jezero (not forgetting to stop for a swim!), and for a unique experience it’s possible to catch a small boat over to Mljet’s island within a island.  Here you’ll find the Benedictine monastery, which dates back to the 12th century and now houses a delightful little restaurant called Melita.

I love the novelty of being able to hop over into another country for a day when I’m travelling, and Mostar – in Bosnia-Herzegovina – is just over a two-hour bus journey away, which makes it very easy to visit as a day trip from Dubrovnik.

If you’re not familiar with the name of Bosnia’s cultural capital, you’ll probably have seen photos of its iconic bridge, Stari Most.  Built by the Ottomans in the 16th century, it’s now considered to be one of the most exemplary pieces of Islamic architecture in the Balkans.  Around 10,000 people descend upon the city during the last weekend in July when it plays host to the Mostar Annual Bridge Jumping Festival. 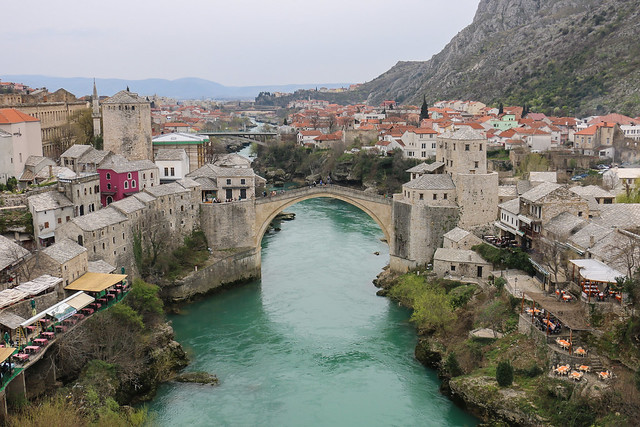 Mostar has a very different feel to it than tourist-friendly Dubrovnik. Outside the Old Town it still bares the scars of its war-torn years, following the break-up of Yugoslavia.  And in the Old Town you’ll find a lot of Turkish influences including mosques, traditional Turkish houses and bazaars.

A two-hour journey in the opposite direction will bring you to Kotor, the oldest city in Montenegro. Built between the 12th and 14th centuries, Kotor is filled with medieval architecture and numerous monuments of cultural heritage, which together have earned Kotor its UNESCO status as a “World Natural and Historical Heritage Site.” 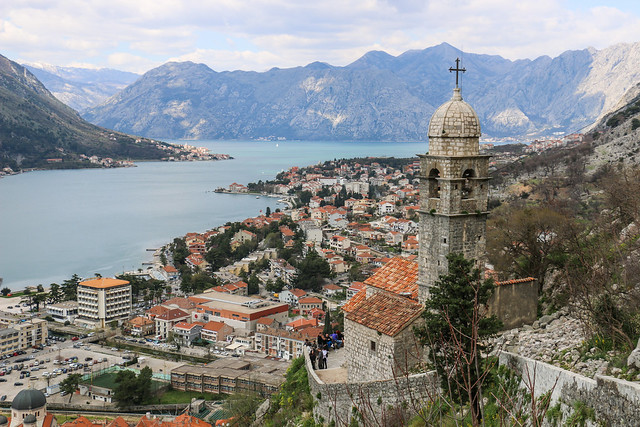 A 90-minute round trip will take you to St. Ivan’s Castle via the old fortress walls, for some fantastic views of the day.  Alternatively you can meander your way through the Old Town’s maze of cobbled streets, not forgetting to stop of at St. Tryphon’s Cathedral and the Maritime Museum.

Do you have any further ideas for day trips from Dubrovnik?

Tips Learned from Hitchhiking from Albania to Croatia