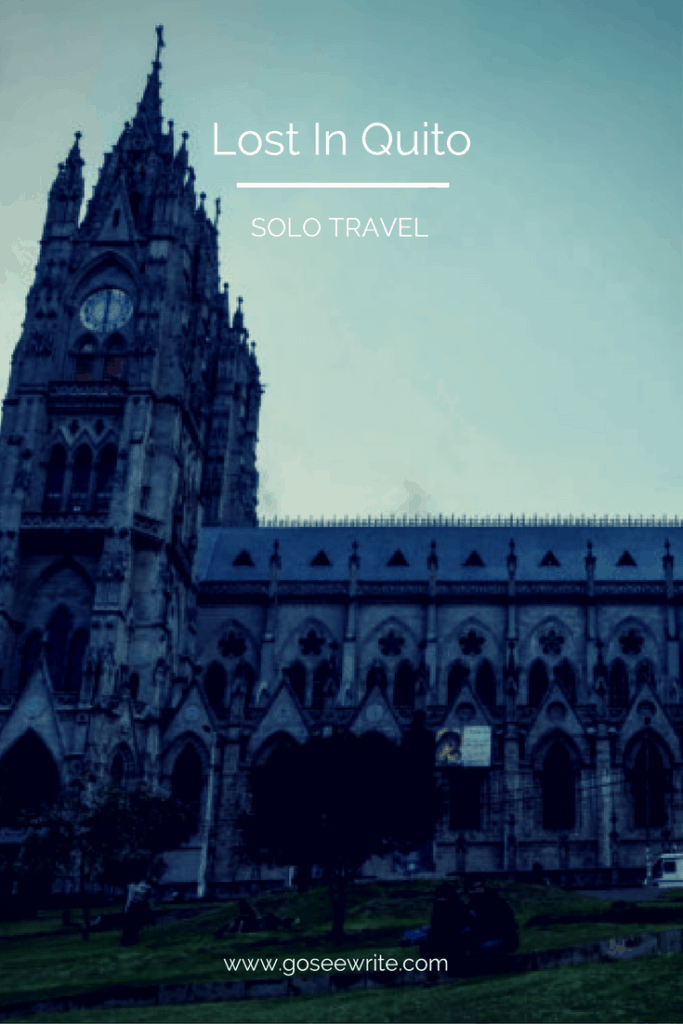 For a woman who typically travels solo, I often find myself surrounded by other travelers and rarely spend time alone. Quito, Ecuador was probably the first city where I was truly alone during the entire 9 months I traveled through Latin America. There’s nothing wrong with being alone, but I did feel a bit lost in Quito.

Hostels are usually the place to meet other travelers. As luck would have it, I ended up staying in a hostel in a residential area of Quito. I was far from the city’s action and other like-minded backpackers. Instead of wallowing in this rare moment of loneliness that began to sink in, I decided to hit the streets of Quito. When I feel lost, I’ve learned the best thing to do is walk around until I find my way. 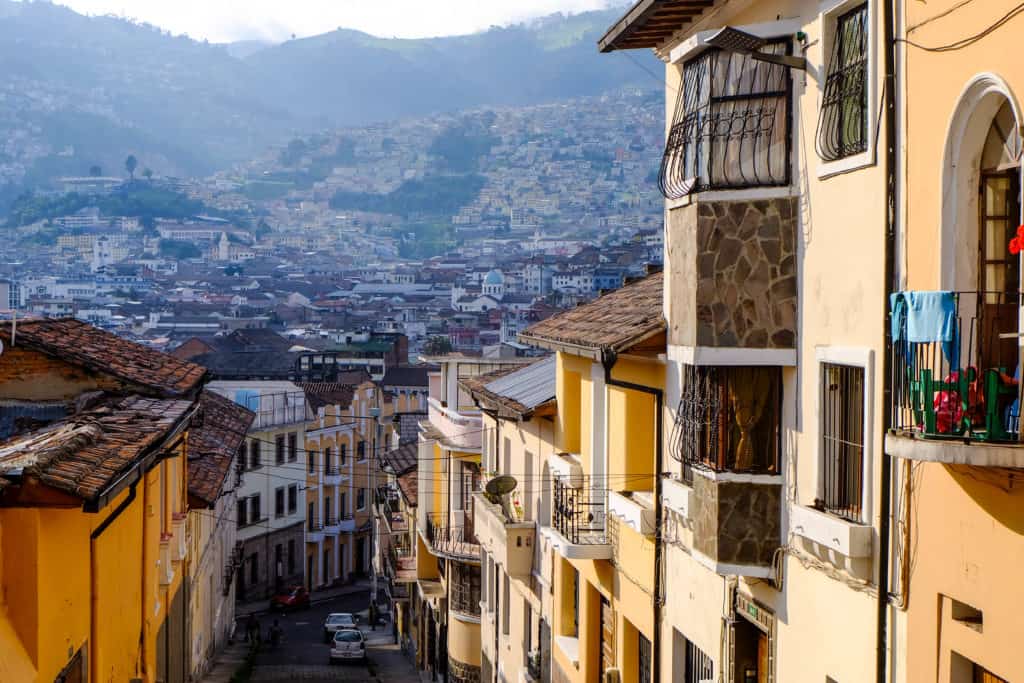 I didn’t have a map and only had a broad idea of what I wanted to see in downtown Quito: the historic center. This is where my “fly by the seat of my pants” personality kicked in. I took a taxi to the city center and asked to be let out near Plaza de la Independencia. The skies were blue and the square was bustling mostly with locals and a few snap-happy tourists taking photos. Not knowing which way was up or down, north or south, I began walking. 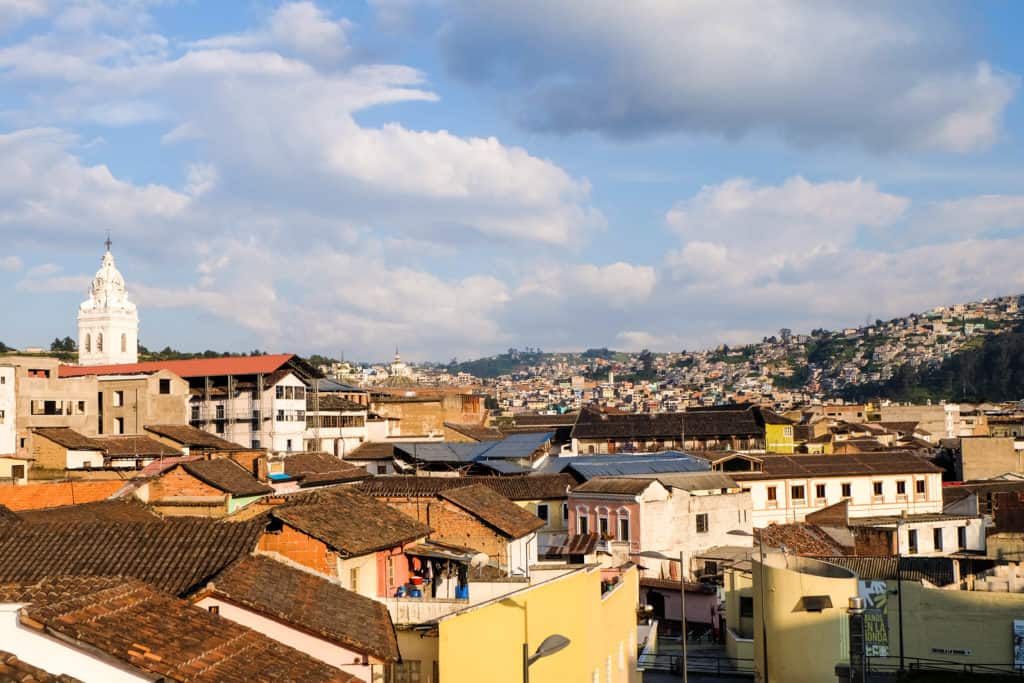 Quito is a beautiful city in the Andes Mountains and its streets are very hilly. I decided to try to walk up a few hills to get a higher vantage point over the city for photos. Quickly, I realized that I should have heeded the warning of the hostel receptionist. I probably needed a few days to adjust to the altitude. Quito was the first of many cities at high altitudes I was going to be visiting in South America and I had no idea what I was dealing with. I was out of breath walking up those hills before I knew it! 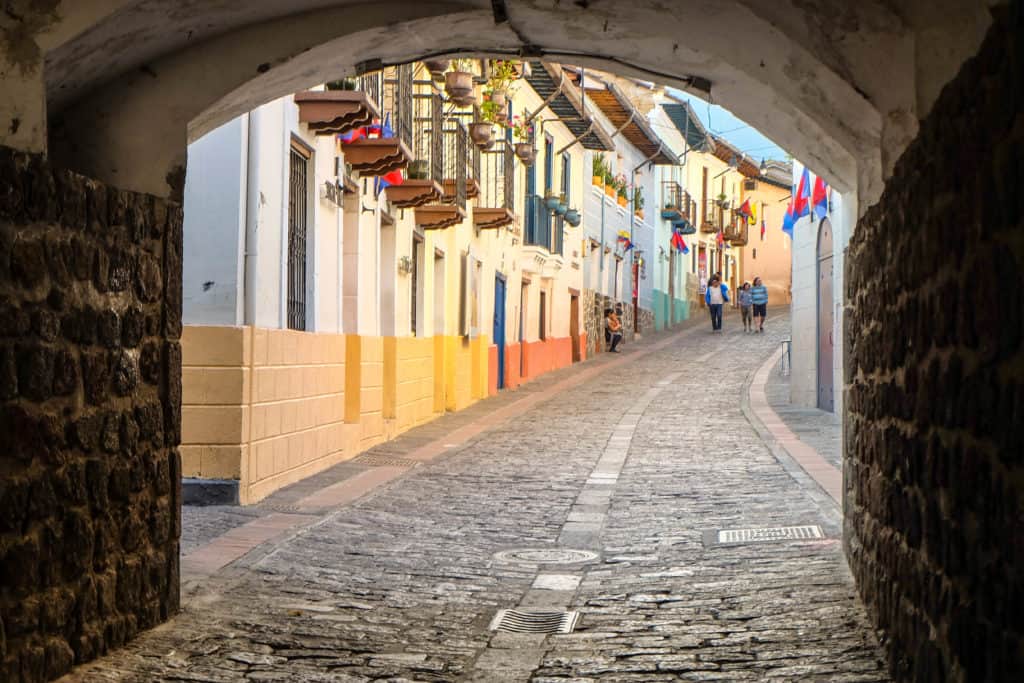 Of the little research I did before landing in Quito, I knew I wanted to visit Calle La Ronda. One of the most picturesque streets in the historic quarter of Quito, La Ronda is the artsy, bohemian part of the city. Its cobblestoned streets are lined with cute boutiques, restaurants, and shops. Looking up, the balconies were filled with colorful flowers. I visited during the way, but I longed to stay and see what action and entertainment would ensue in the cafes after sunset on this lovely street. 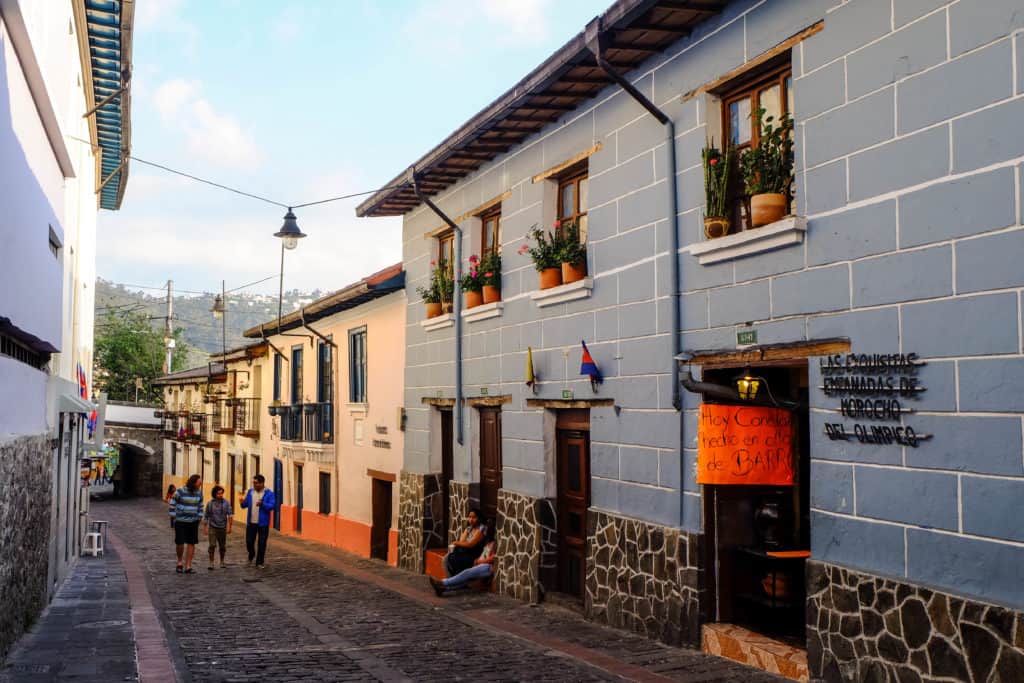 When I finally tore myself away from Calle La Ronda, I began to make my way back toward the center of the city. Failing to flag down a cab, I continued to walk with my end goal being a massive church I saw in the distance. As I approached, I was so glad I hadn’t caught a cab. I stood, craning my head and gaping before Basílica del Voto Nacional. This gothic church completely took me by surprise; I saw churches like this in Edinburgh but didn’t expect to see anything like this in Quito! The church was a stunning sight as the sun began to set behind the mountains. I’d just begun to find my way as the day was ending. 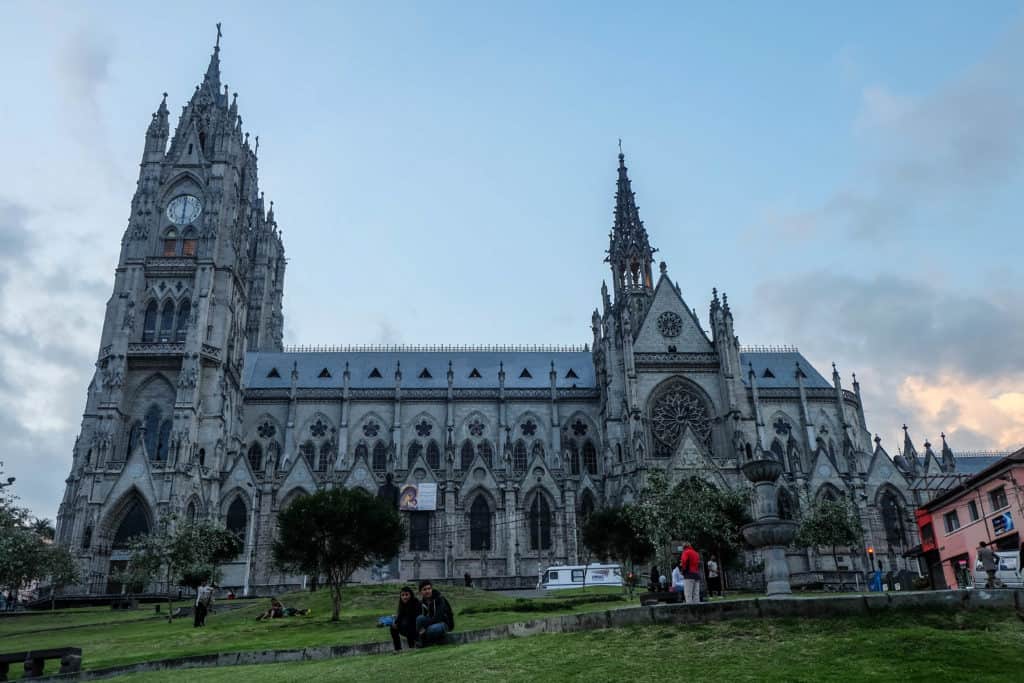 By feeling lost I actually mean that I had no idea what to do in Quito. Instead of looking for specific activities to do like in Baños where I biked to waterfalls and jumped onto the “Swing at the End of the World”, taking to the streets and exploring the city on foot was the best activity I could have done. It was really the only way to capture all of Quito’s beauty. Being lost in Quito didn’t mean being lonely at all; it was just filled me with more excitement to get close to the action of the city.

Four Ways to Explore Quito (For All Budgets!)

2 thoughts on “Lost in Quito”