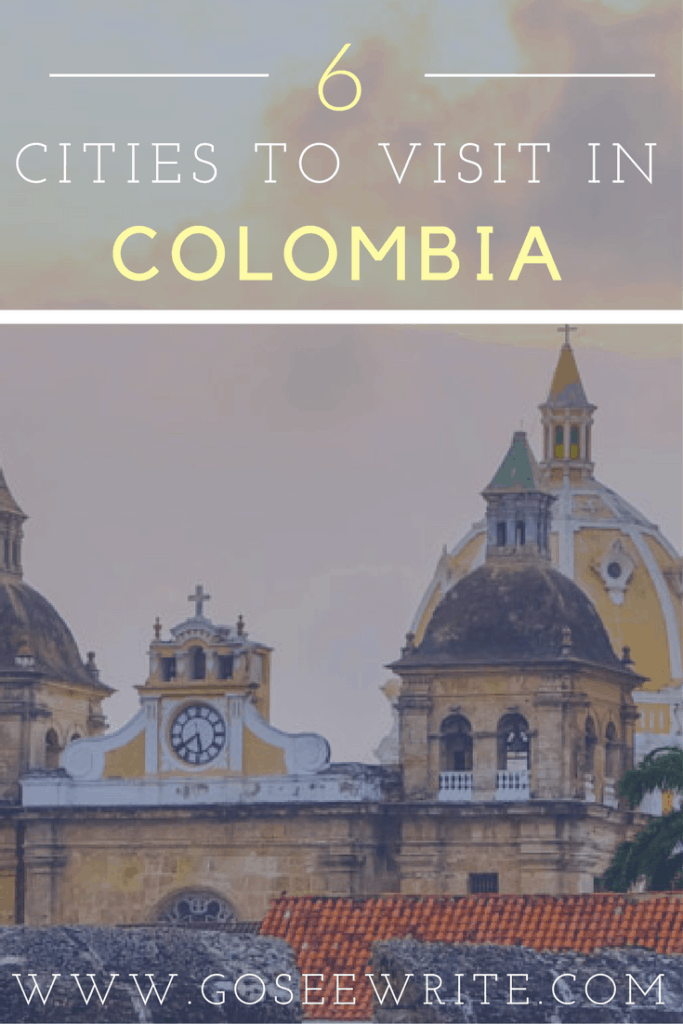 Colombia is at the top of everyone’s travel bucket list these days, especially when visiting South America for the first time. Flights from North America won’t break the bank; neither will expenses while traveling within Colombia. The biggest pull to Colombia is the stunning landscapes, cities, and of course the lively culture within. If you’re more interested in experiencing cities and towns when traveling, here are 6 cities to visit in Colombia. 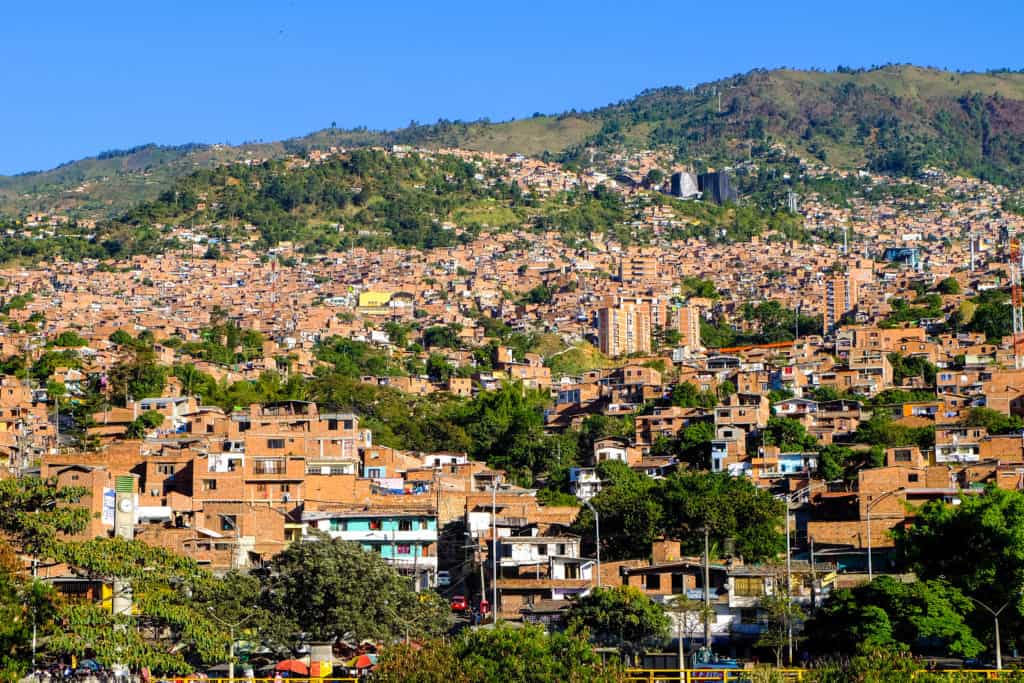 Medellín was the first city I visited in Colombia and it really gave me the best first impression. I’d never seen a city nestled between the mountains before, and didn’t realize many other big South American cities like Quito and La Paz had similar traits. The trendy El Poblado neighborhood made me feel as if I’d stepped out of South America and into Spain; it felt very European. As much as I loved the trendy cafes and cool bars, my favorite part of Medellín was taking the cable car, which soars over what used to be one of the city’s most dangerous neighborhoods. If you want a list of the best restaurants in Medellin, here you go! 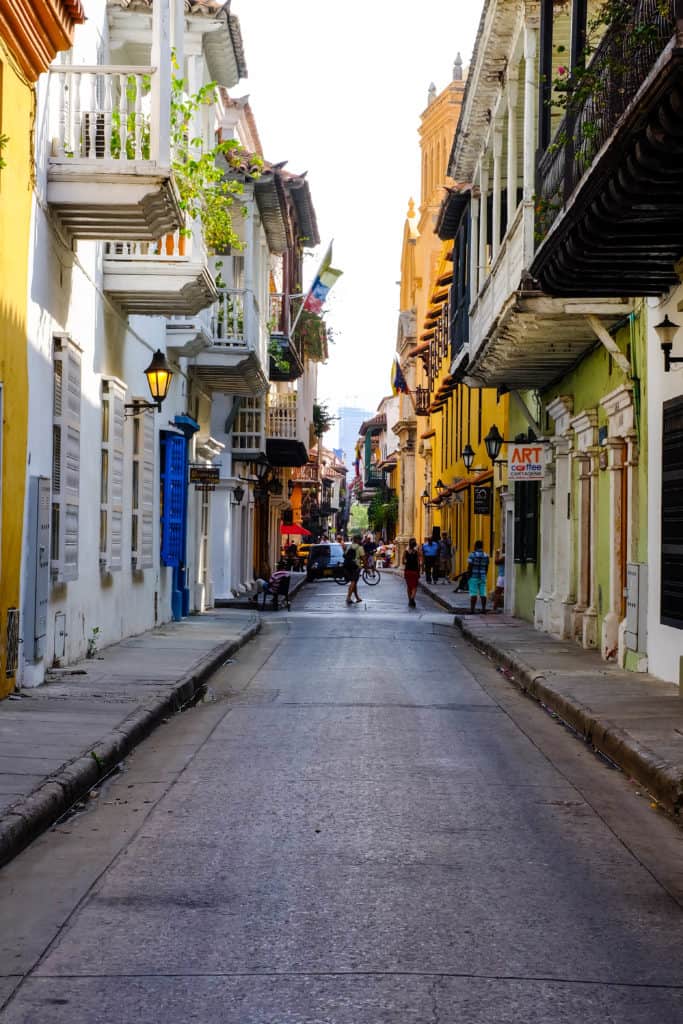 Cartagena is one of the most colorful cities I’ve ever had the pleasure of visiting. Its historic center is full of tourists, but vibrant. Every day I bought both fruit and delicious meat skewers from the street carts and strolled the streets, people-watching before enjoying the sunset while sitting on the old city walls. I couldn’t help but photograph every corner of this city, I fell in love with it! 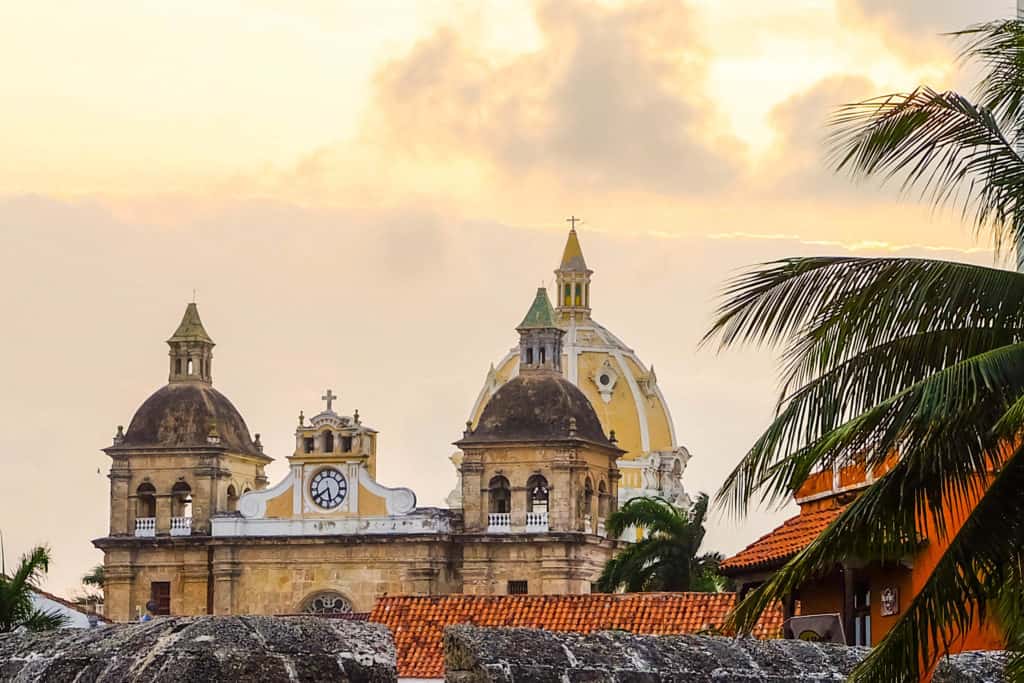 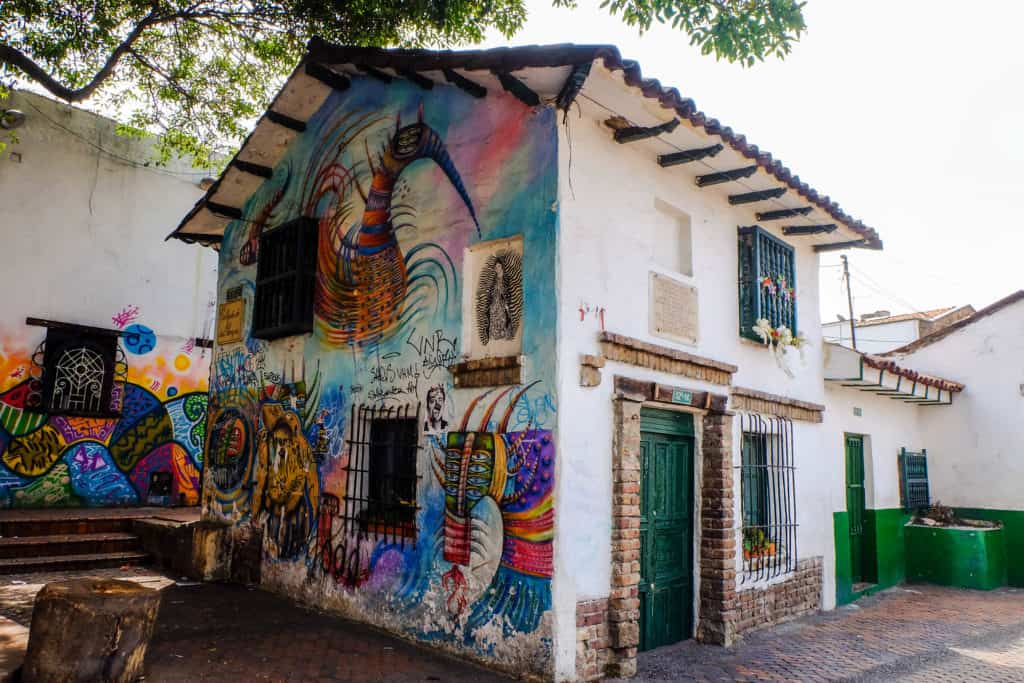 If street art is your thing, Bogotá is your city in South America. While street art used to be discouraged, now it is celebrated, especially in Bogotá’s La Candelaria neighborhood. You’ll find street art on every corner and storefront in this funky, bohemian part of Colombia’s capital city. Take the cable car to the viewpoint and enjoy a coca tea while taking in the city below you. 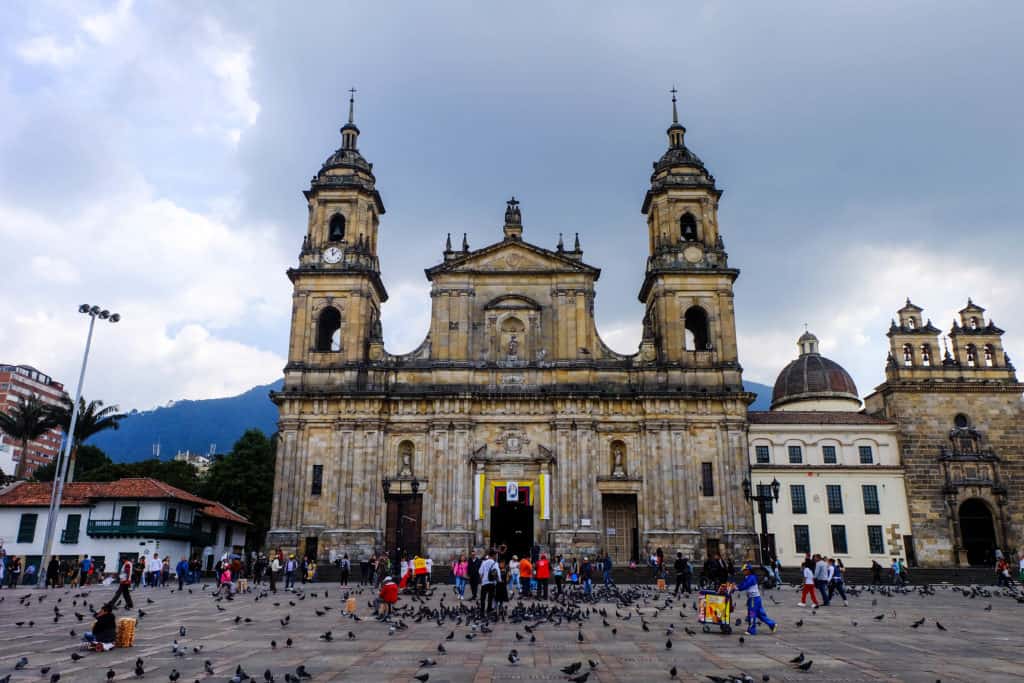 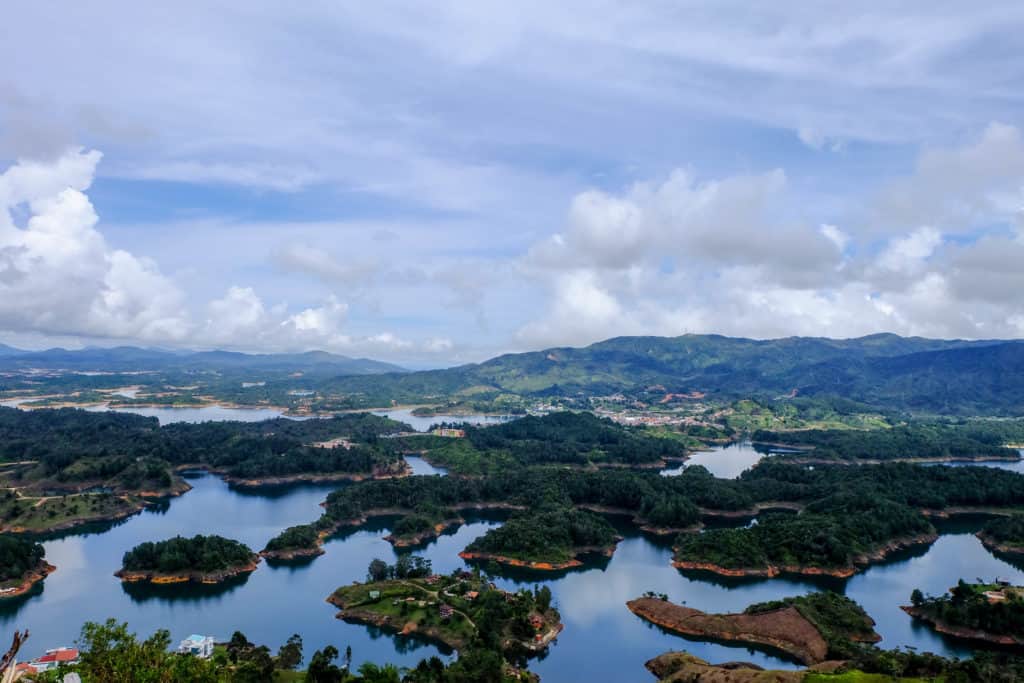 Just two hours away from Medellín, Guatapé is one of the cutest towns I visited in my travels. The buildings were painted every color of the rainbow and town itself was buzzing with excitement just a few days after New Years with festivities still in full swing. Even without the fiesta, Guatapé is a common attraction for vacationing Colombians and international tourists alike because of La Piedra del Peñol, a monolithic rock giving way to the best views of Guatapé if you’re willing to climb the 740 steps to the top. It’s no wonder Pablo Escobar chose Guatapé as a site for one of his numerous mansions – the place is stunning. 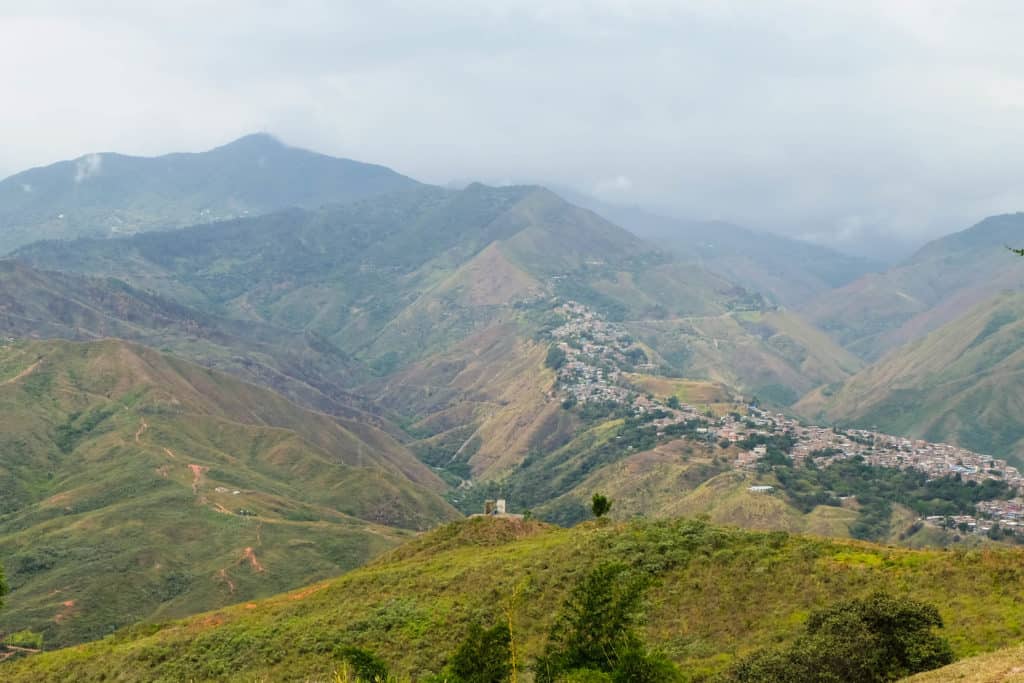 The heart of salsa dancing lies in Calí. I just missed a salsa festival by a few days when I arrived in Calí but couldn’t resist hitting the town and salsa dancing at one of the small clubs downtown. One thing I noticed about Colombia is that there’s always a place to get a view of the city from above. The Cristo Rey statue is the perfect spot for that, as is Tres Cruces. 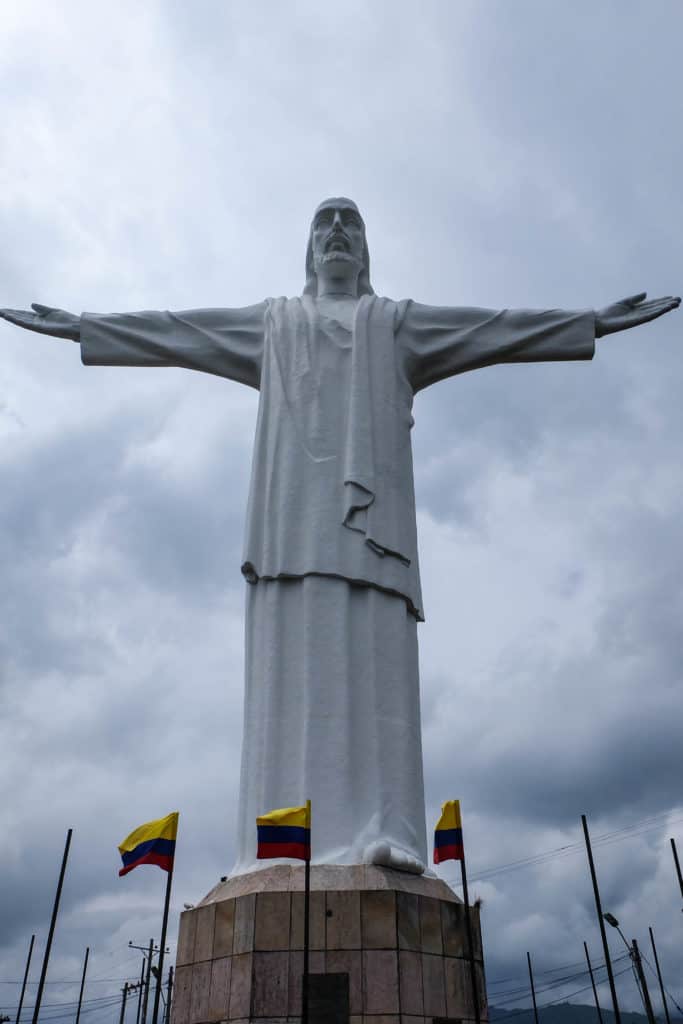 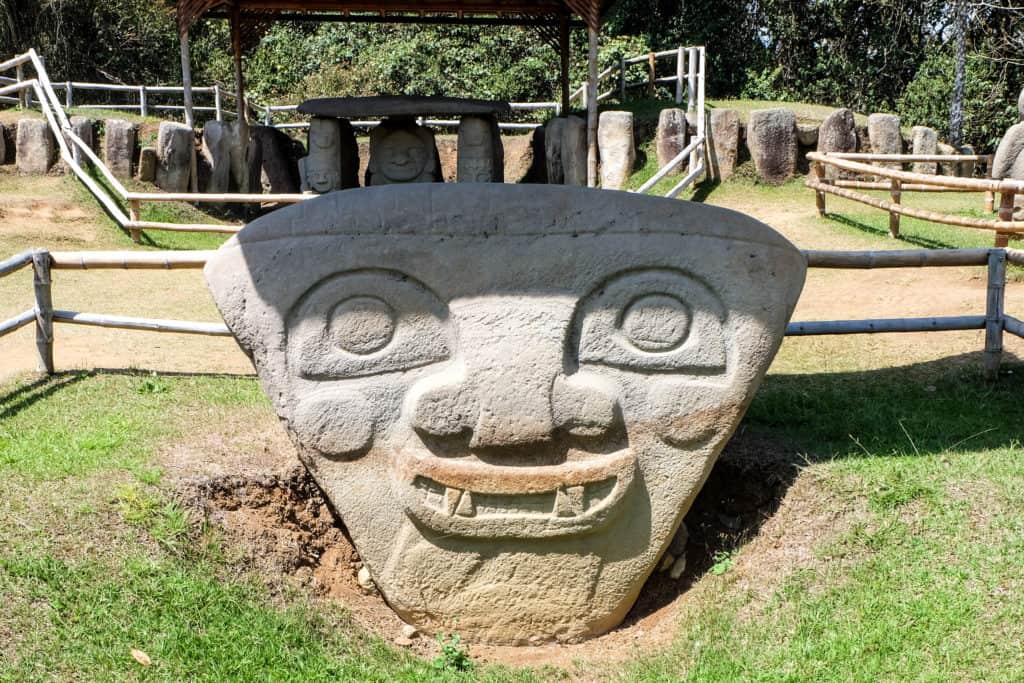 Although it’s more of a small town than a city, San Agustín is a great place to learn about the history of Colombia’s natives. The archaeological park in San Agustín is home to the largest collection of megalithic rock figures in Latin America. The most surprising part was that these sculptures were buried and stumbled upon many years later. The sculptures might have been created for grave sites or religious purposes during that time period, but the whole story behind the sculptures is still not clear.

I didn’t see all of Colombia in one month, but I did see enough to fall in love with the country. Now that I’ve had my fill of cities, I’ll explore the nature!

9 thoughts on “6 Cities to visit in Colombia”