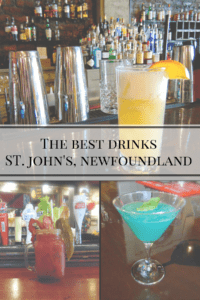 If you’re at all familiar with the East Coast of Canada, then you might know about our pubs, late night fry trucks, and popular kitchen parties. If I had to choose a winning province on the East Coast as the best and most fun place to drink, it would be St. John’s, Newfoundland.

After living in St. John’s for three years, I had a bit of an inside scoop on where to go in the city and knew that my ten day visit would be incomplete without a good old downtown pub crawl.

I headed downtown at 8am on a Thursday morning to find the best drink and the best bar in downtown St. John’s. It was a very expensive day.

It was worth it. 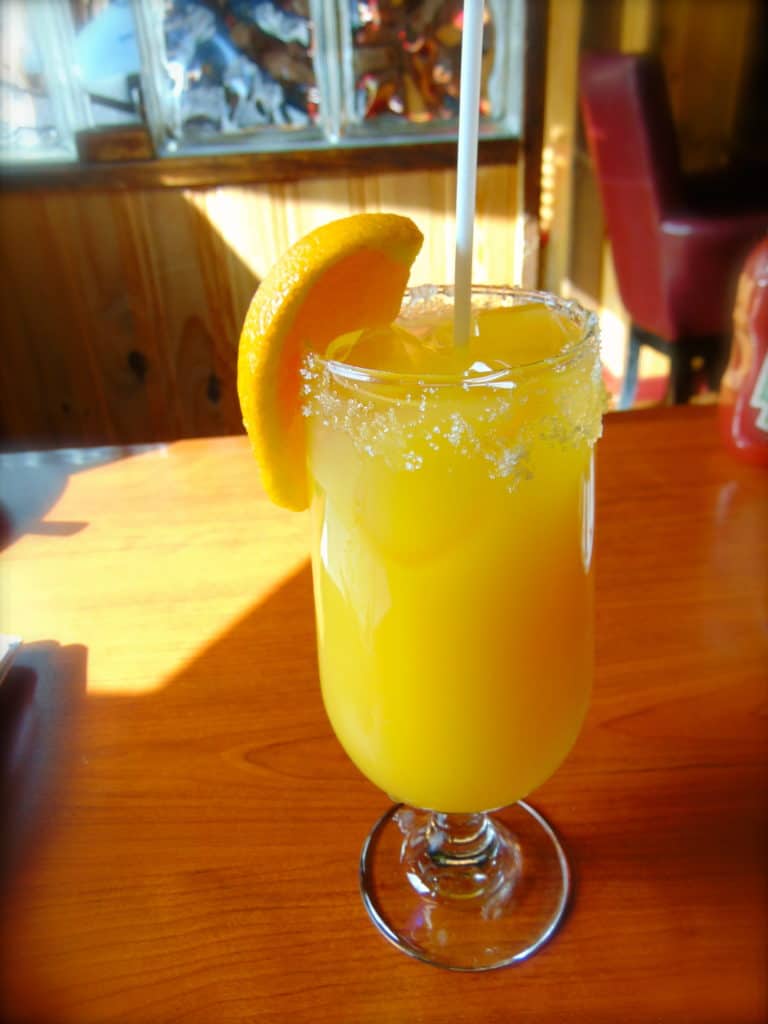 Okay, so maybe 8:00 in the morning was a tad ambitious to start my day of alcoholic beverage research. I couldn’t find anyone who would actually serve me that early, but it gave me ample time to have a wholesome breakfast so as not to start drinking on an empty stomach.

The Bagel Café was quirky and bright with a cluster of decorations, stained glass, and a questionable “Let it go” remix playing in the background. It can get a tad claustrophobic in there so if you aren’t a big fan of tight spaces with lots of stuff, be warned.

Eventually, when it was legal to serve me some booze, I considered ordering the morning drink of champions: the Caesar. The normal Caesar here is $5, or you can order a special Caesar but it’s $5 more just to put a lobster claw on the side of the glass and I ain’t about that.

Well, good morning to me! The Fuzzy Orange was tasty, strong, and not a bad price at $5.

The Celtic Hearth is a 24-hour pub because, clearly, everyone needs reliable access to a pub at all times. This traditional Irish pub is the kind of place where you feel like it’s okay to have a morning coffee with a shot of fun.

I ordered an Irish coffee and just chilled out for a while in the warm and relaxing environment. The drink was rimmed with sugar, and so loaded with whipped cream that I could barely even taste the whiskey. I’m not complaining though, it was great. 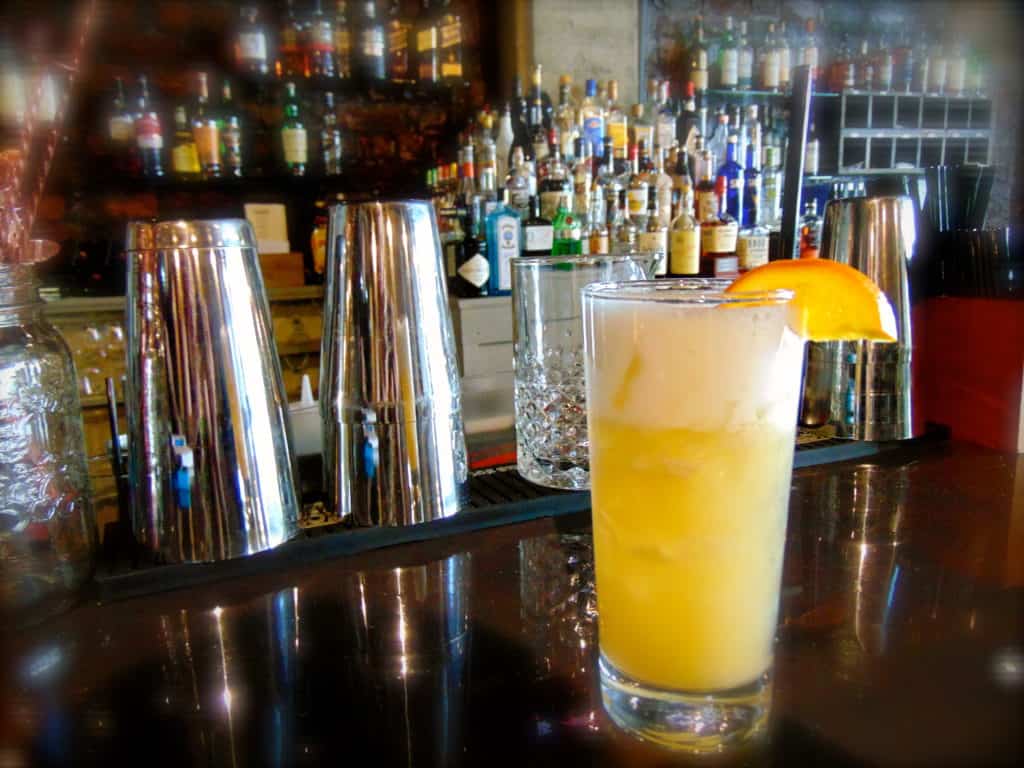 What a great feeling it is to walk into a bar at 10:00 in the morning, feeling slightly ashamed to be ordering your third drink of the day, and realize that you know the bartender! He also happens to have come third place in the city for mixology, so I just let Tyler take over and mix whatever he pleased. The first ingredient of ‘whatever he pleased’ turned out to be an egg white and I wish I could show you the look on my face when he casually mentioned that he was putting egg in my drink.

The ingredients in his adaptation of a whiskey sour were egg white, whiskey, Irish mist, honey whiskey, apricot brandy, and a lemon, ginger, and basil syrup. It was SO good.

So good in fact, that I asked him to mix me a second drink. 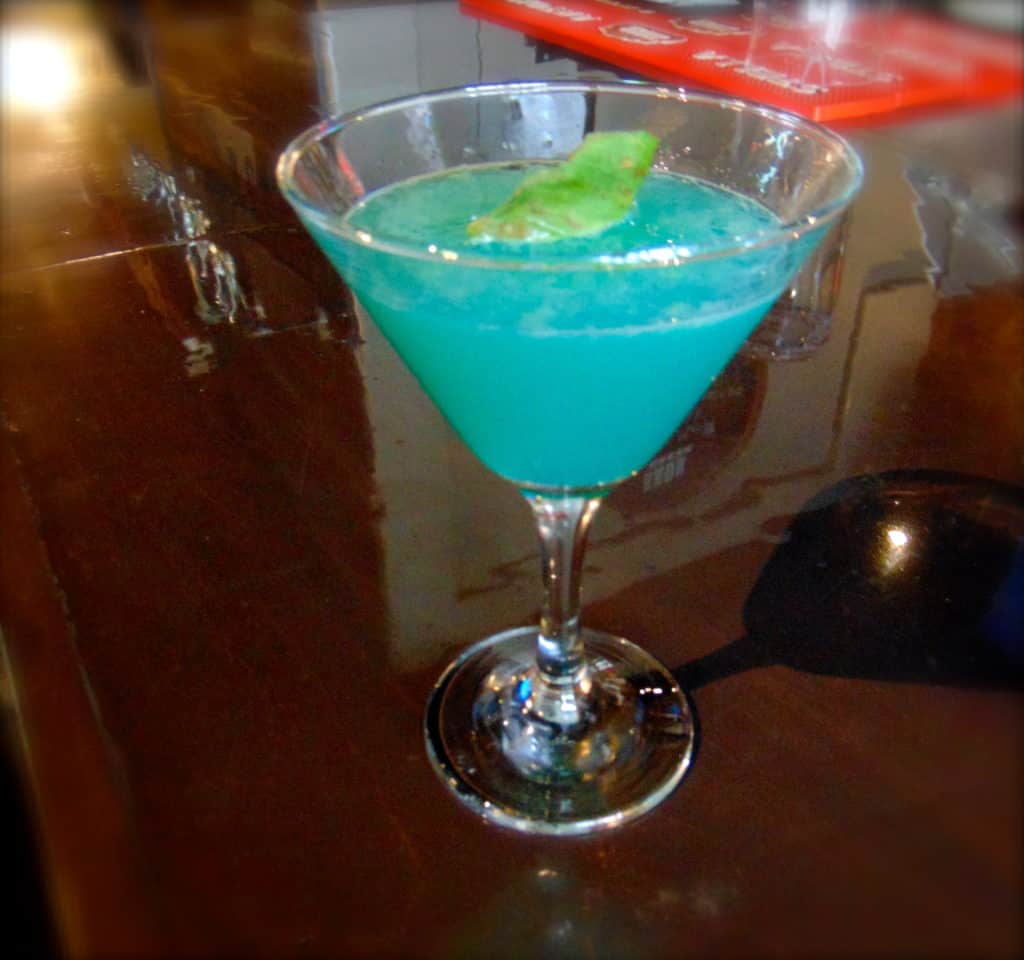 The next drink was a Blue Canoe and it was made with whiskey, lime juice, blue curacao, ginger, and basil syrup. It was gorgeous and delicious and I was assured that he could do this all day.

Blue on Water was my top choice for a fancy, tasty drink. When I say fancy, I mean those two drinks almost came back up when I got the bill. It’s not the kind of place I could afford often but as a date night, celebratory night out with friends, or in my case, a Thursday morning alone, it was amazing. 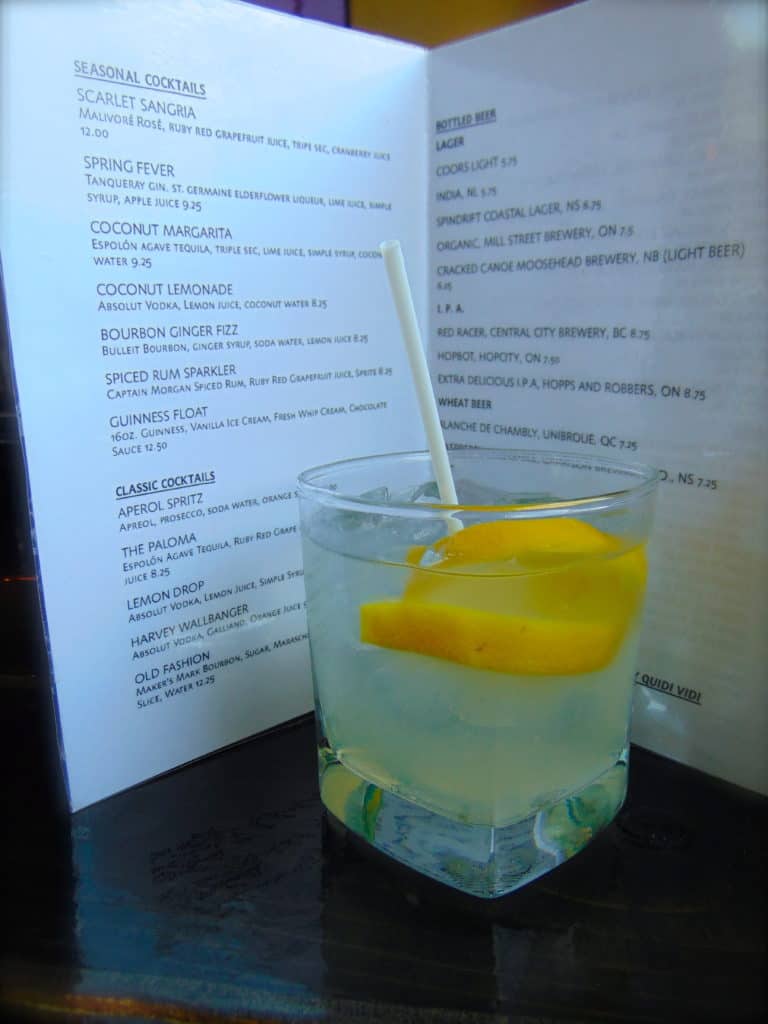 Sadly, I was not impressed with this bar. It’s a relatively new, bright, clean, spacious place in St. John’s. My drink was made with vodka, lemon juice, and coconut water. It was kind of boring and the vibe of the place just wasn’t working for me and then I was told that there was no wifi.

That being said, it might be a great spot to grab a bite on your lunch hour, but it wouldn’t be my top choice to stop in for a social drink. 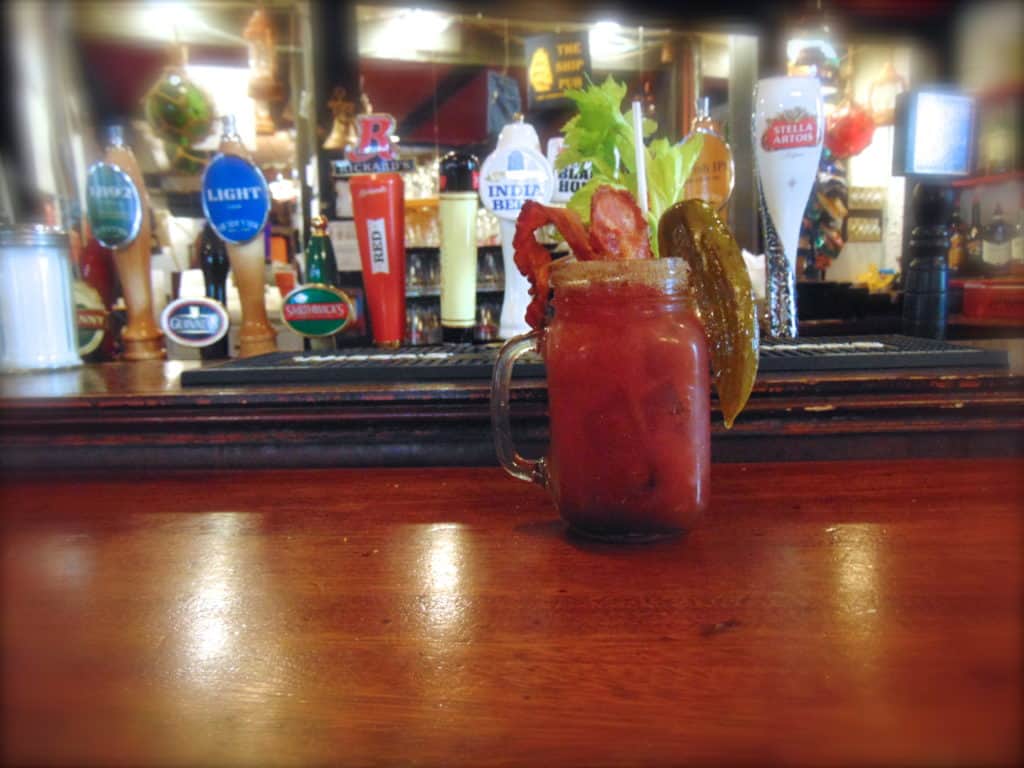 The Ship was, hands down, my favorite spot. I finally got my Caesar and it was well worth the wait. The bartender even did up a mock Caesar for me with bacon and pickles (two things that I very much dislike) just so I could take a picture of it. She told me how she won first place for the 2015 best Caesar in town and she took her bacon/pickle Caeser to the 2015 Mott’s Best Caesar in Town National Competition. That’s a competition I would seriously love to attend.

I was sworn to secrecy on her plan for the 2016 competition but I can say this, she’s determined, she has a great idea, and she poses a threat to everyone else participating in Toronto this year.

My seventh, and final, drink – just because I was having too much fun at The Ship and didn’t want to leave – was a bay breeze and I do not have a picture of it because like I said, it was my seventh drink. 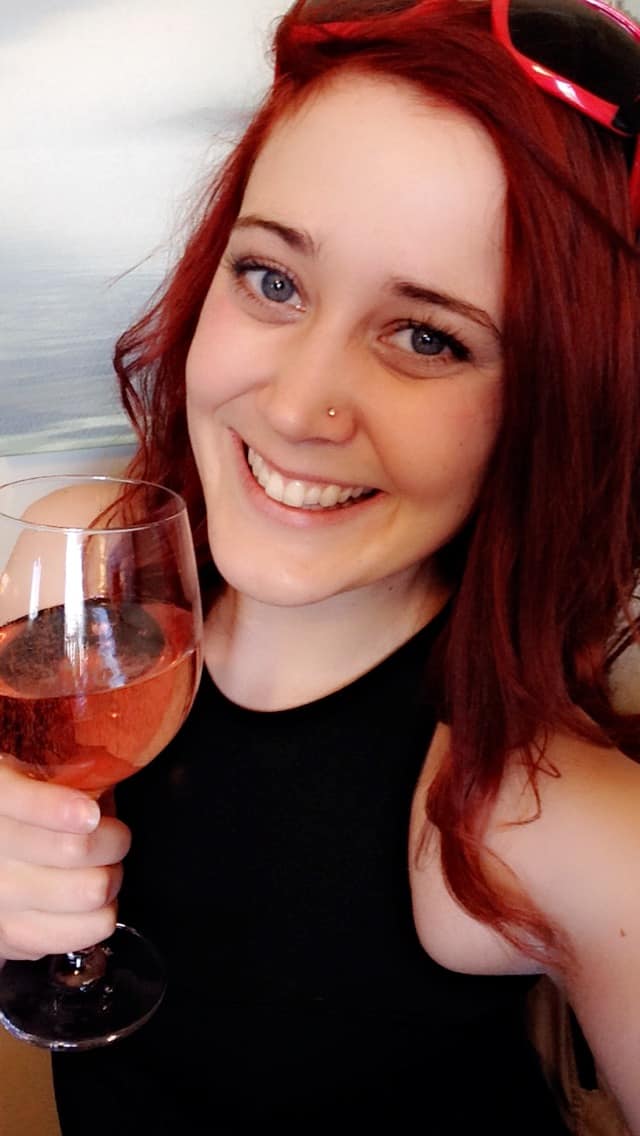 If you’re visiting St. John’s and planning to hit up George Street at nighttime, don’t pass up the chance to get downtown and check out the restaurants, bars, and nearby attractions during the day as well.

Newfoundlanders are known for their friendliness and love to have a good time. Stop and chat to a local, you’ll be sure to make a friend along your way.

Interview with Aly and John of Hop and Jaunt: Lucky 13 Questions

7 thoughts on “The best drinks in St. John’s, Newfoundland”