Finland shocked and surprised me. As you may recall, my primary purpose for taking this winter trip to a final destination up around the Arctic Circle was to see and photograph the Northern Lights for the first time in my life. I spent ten days in Finland and the only clear sky I received was on the first day, as I took a train north from Helsinki to the Phyä-Luosto region.

I am already making tentative plans to go back, but the Northern Lights might only be my secondary focus of the next trip.

What do you know about reindeer?

I dare say that I didn’t know much more than they pulled Santa’s sleigh and the unpopular ones had red noses before I took this trip.

The first thing I learned about reindeer is that they are delicious.

If I counted correctly, I had nine dinners in Finland. I believe that I had some version of reindeer meat in six of those meals. Frankly, I could have easily had it a few more times and been happy. 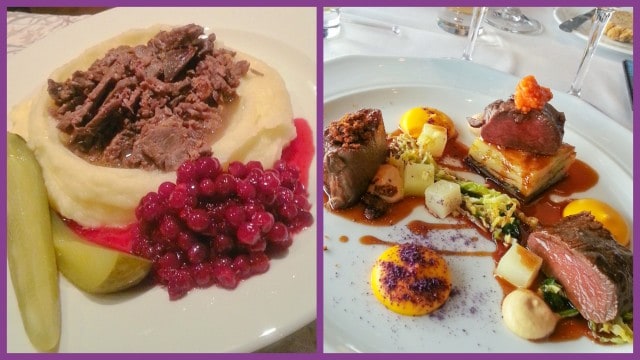 In the hierarchy of “best meats I have ever eaten,” reindeer slides into a firm second place on my worldwide list, only trailing southern African game meat such as kudu, springbok and zebra — all of which are currently tied at the top of the list and requiring me to head back down there to do more tasting.

Where is Argentinian beef on my list, you ask? Incredibly overrated.

But it wasn’t just how tasty reindeer were that fascinated me; it was the whole culture that surrounded them. 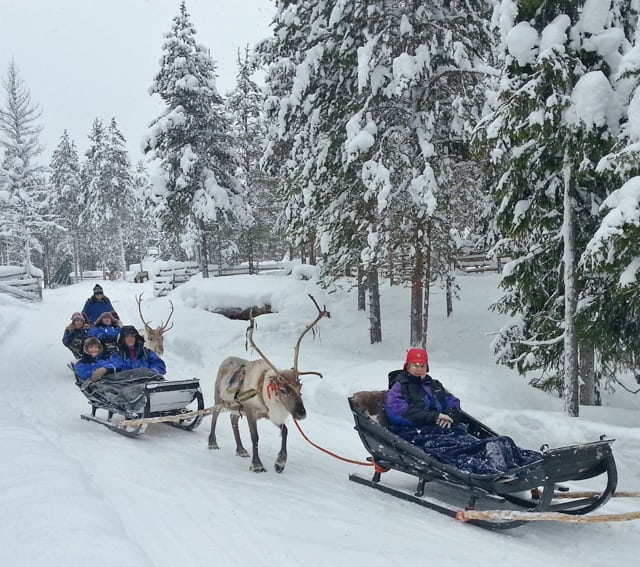 I took a nighttime reindeer sleigh ride… but no photos, so here’s a daytime one for you

The Sami are the native peoples of this Nordic area, spread out over northern Norway, Sweden, Finland and some of Russia. They are spread out over about 150,000 square miles of land up at the top of the world, speak a variety of dialects almost unrecognizable to each other though not separated by much distance, and back to the point of this post, have herded reindeer for centuries.

There are somewhere between 200,000 and 300,000 reindeer wandering free in the Lapland area of Finland, depending on the time of year.

Although they wander about freely — they are all owned.

I had the chance to talk to a few reindeer herders during my visit, both Sami and non-Sami. What I learned has just made me want to go back and learn more. 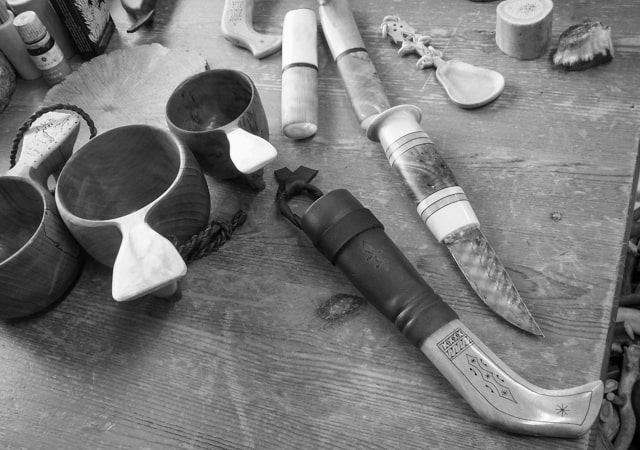 some of the Sami craft works, including knives with reindeer horn sheaths and handles

Most of the reindeer owners in Finland have a very small number of them. Government statistics show that about 4,100 people, or approximately 75% of all reindeer owners, have fewer than 50 reindeer and the income from reindeer herding for these people is only a supplementary income. There are less than 1,000 families making their full-time living from reindeer herding, but that doesn’t lessen the importance of reindeer in the culture (Source).

But what interested me the most was the whole herding concept. Finland is divided into 57 regions for the purposes of reindeer herding by the Finnish government. The animals wander about freely, but twice a year they have a massive, nationwide reindeer roundup to bring them all together in each of the regions.

In May, the reindeer are all brought together because they have just recently birthed calves that needed to get their ownership mark. Each herder has a unique mark that they cut into the reindeer’s ear, so that each herder knows who owns each and every reindeer wandering around.

In October, they round all the reindeer up again, this time to cull the herds (you can read that as “get some meat onto my dinner table”) to keep them to an overall population of about 200,000 total in Finland. They do these roundups in modern times using helicopters, snowmobiles, dogs and more and it sounds like a huge, fantastic spectacle…

Ergo me talking to them about going back this October to see it all in person, though I wish I was headed up to Lapland for Christmas instead!

I want to go back and talk to more herders about their lifestyle, talk to chefs about cooking reindeer, talk to more Sami about how reindeer played a role in their culture and still do, and see a couple of these massive roundups in person.

Am I the only one that finds this stuff totally fascinating?? What do you think of it all?

20 thoughts on “Why Rudolph might bring me back to Finland”