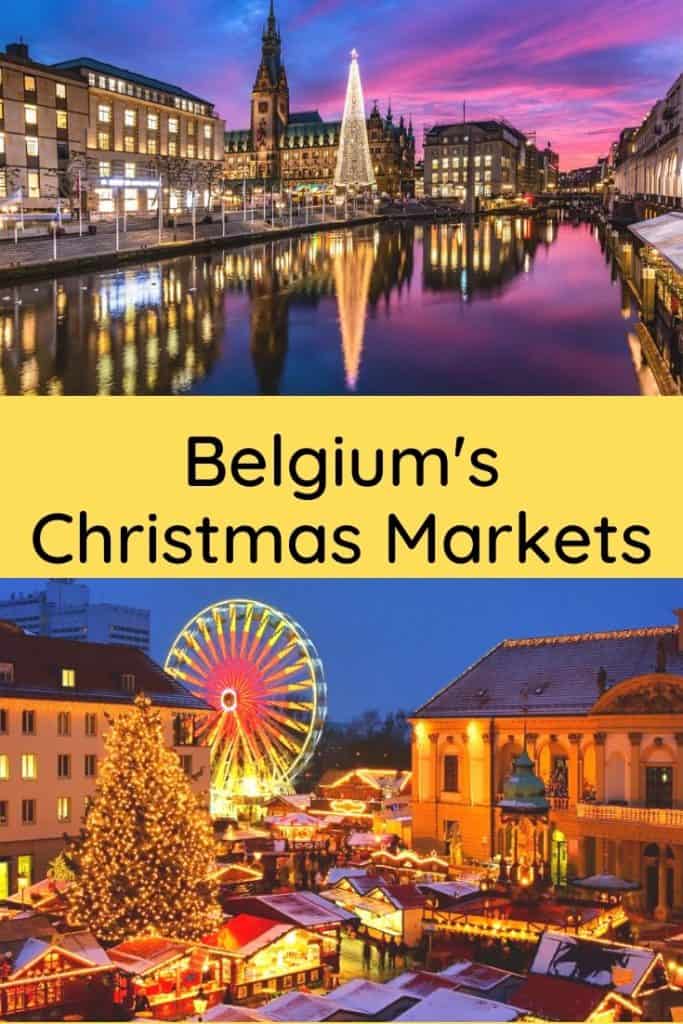 I’ve just returned from one of my favorite trips yet – a week long exploration of Belgium Christmas Markets in each of Bruges, Ghent, and Brussels. I’m a big fan of wintertime travel, and while most calendar events do little for me I’m admittedly a total sucker for the holidays. This particular trip was easy and relaxing, and best of all it was a needed change from the ridiculously challenging trips I’ve done recently to Siberia and Nepal.

We have some Christmas markets scattered around here in the US, but seeing a European Christmas market in Europe makes all the difference. While the bigger markets in Germany and Austria have been around for centuries, they also attract larger crowds and more tourists. This year I went ever so slightly off the beaten Christmas Market path and traveled to Belgium instead. The Belgium markets are much younger with some only a few decades old, and they are much smaller and a whole lot cozier than their neighboring counterparts.

Belgian Beer, How Amazing Art Thou 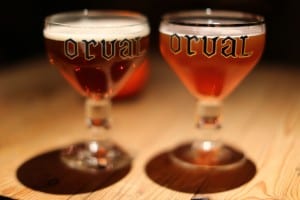 One of my favorite things about my past market experiences was trying the local Gluhwein (hot mulled wine) recipes. I remember in Munich they made it fresh and mixed it over an open flame, and they served it in decorative cups specific to the market. Belgium must focus all their efforts on beer though, because their Gluhwein offerings consisted only of premixed bottles of the stuff served in a styrofoam cup. Not the same!

But the beer! Oh, wow the beer. I always knew I liked Belgium beer but never have I had so many choices at every bar, all of them amazing. The key with Belgium beer is to drink slowly and appreciate the flavors. With many of them topping 10% alcohol or more, you really have to pace yourself.

One thing I learned is that some beers actually do age well, their flavors subtly changing for the better over time. Pictured above are two of the same Orval beers. The beer on the left is 4 years old; the beer on the right is brand new. You can see the small changes in color. The taste of the older beer was much more refined, slightly muted, a little sweeter, and a far cry from the powerful punch of the newer beer. They were both damn good. 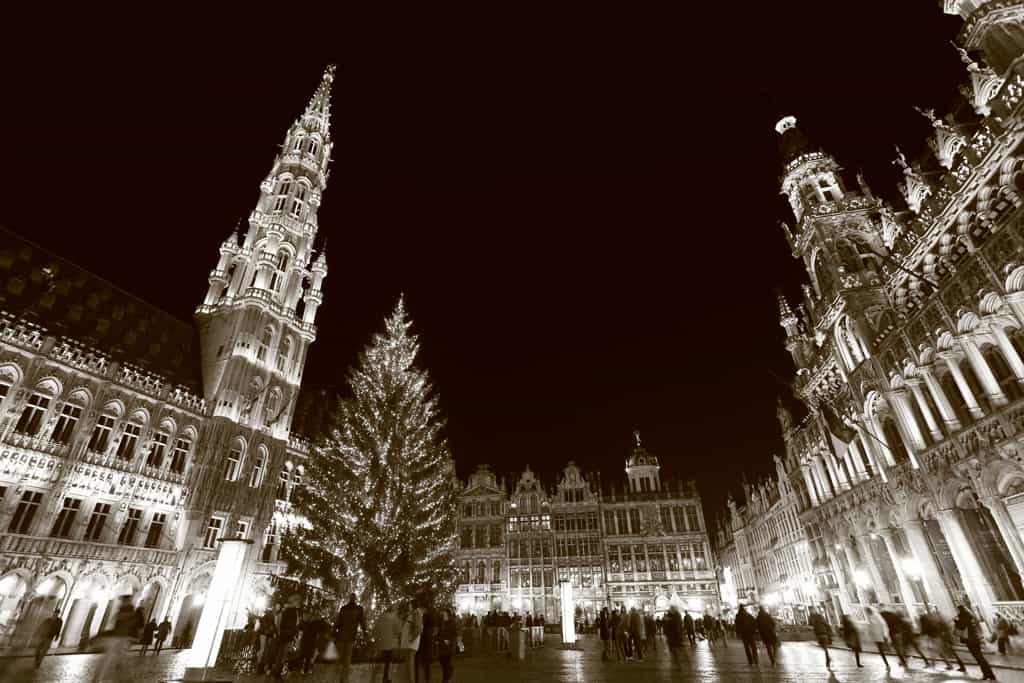 On the surface Brussels seems pretty, inoffensive, and tame. This is another way of saying boring. Except that Brussels is not boring. With only a few days there, I caught undertones of a multilayered city that defies initial judgement and demands further exploration.

Travel outside the postcard perfect tourist areas and you’ll find many of Brussels’ buildings showing their age as paint slowly fades with the passing of time. Trains are covered in graffiti and not necessarily guaranteed to run on time, a small thorn in the side of Europe’s usually rigid on time schedule. Young people gather in the evenings at any of Brussels’ myriad hole in the wall bars just off the main square; many of the patrons are artists and writers. The city’s cool, casual complexity reminds me of Berlin, except that everyone knows Berlin is cool. Brussels is the girl next door who seems so sweet and innocent that nobody would ever guess she moonlights as a stripper.

This place isn’t everyone’s cup of tea, and it certainly doesn’t share the near universal appeal of Bruges or Ghent, but nevertheless I can’t wait to revisit. If I could pick any city in which to live in Europe, it would unquestionably be here. Christmas markets here were extensive, stretching for several blocks nearby central Grand Place. 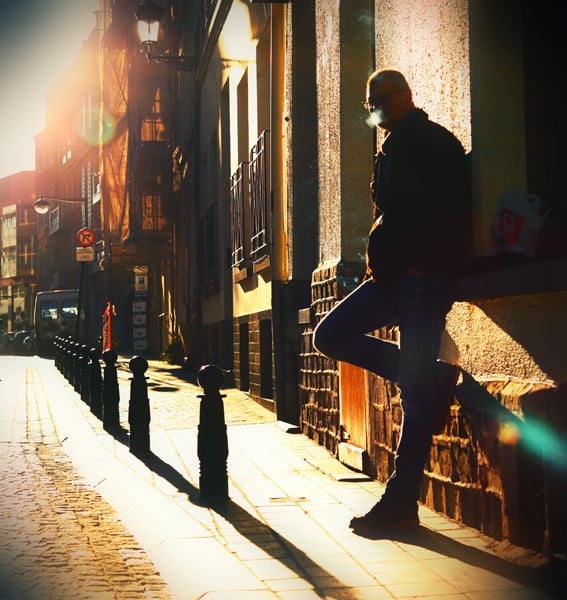 Smoke and Dramatic Light in Brussels 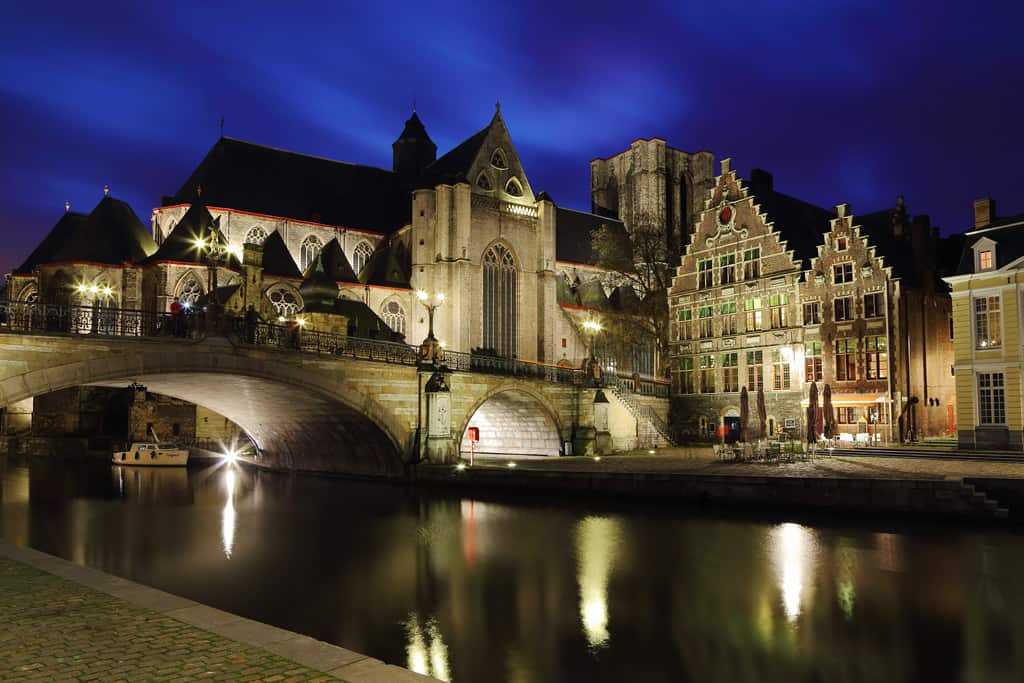 Ghent is a college town that’s off the radar for many Europe bound travelers, but skipping this beautiful city would be a mistake. The architecture is stunning, punctuated by the reflections found along Ghent’s waterways that meander through the city.

Christmas markets here were the best of the trip, with the main square filled with stalls serving brats, chocolate, cheese, and of course plenty of beer. The festive spirit permeated the entire city; nearly every street was illuminated with Christmas lights and decorated in some way. 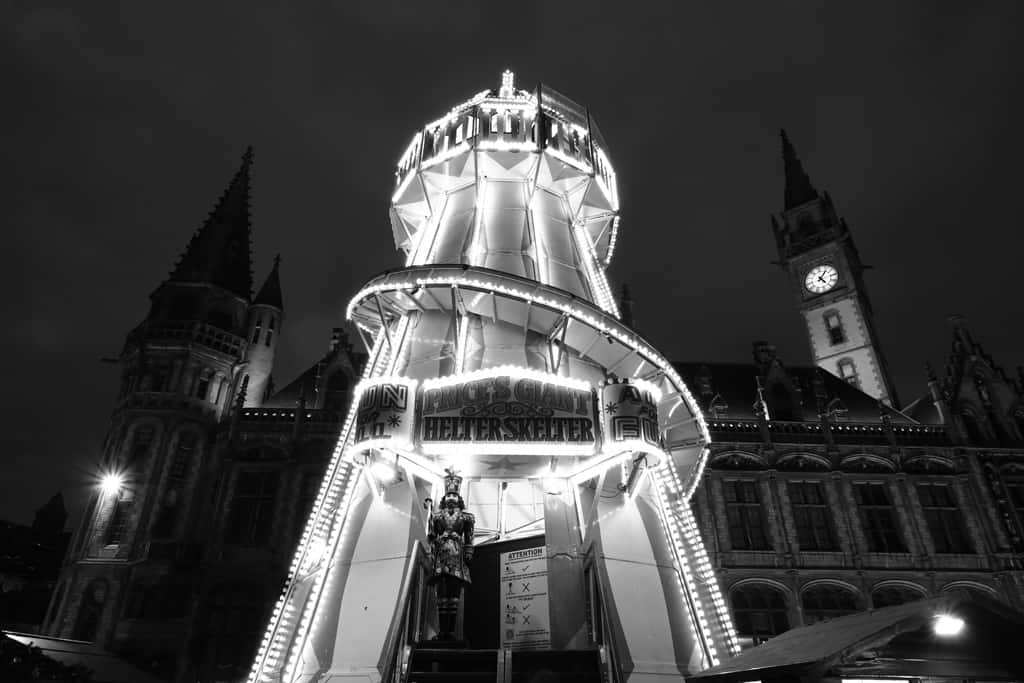 And Who can Forget Bruges? 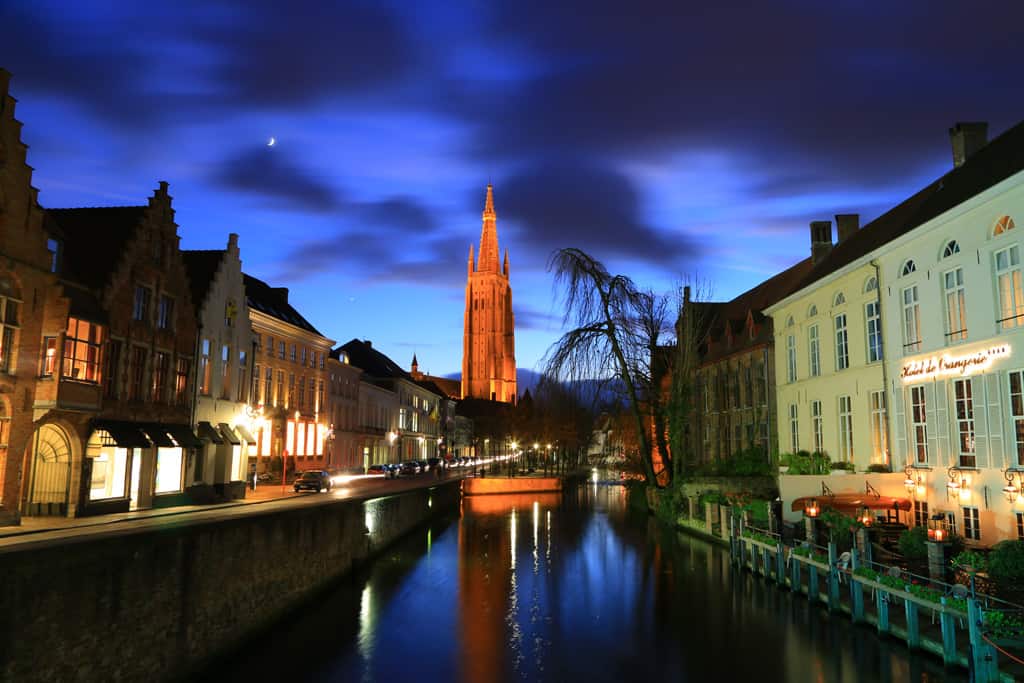 It’s funny how some travelers avoid touristy places. I’ve heard any number of excuses: too crowded, everyone else has already been there, they want to find something new. As much as I also like doing my own thing, sometimes you have to admit there’s a reason so many visitors are attracted to places like Bruges.

Bruges is wonderfully quaint. The small town feel lends an intimacy that’s uncommon among other heavily visited destinations, and I found it easy to strike up conversations with other travelers and locals. The romantic lights, waterways and architecture all combine to form a perfect location for Christmas markets. 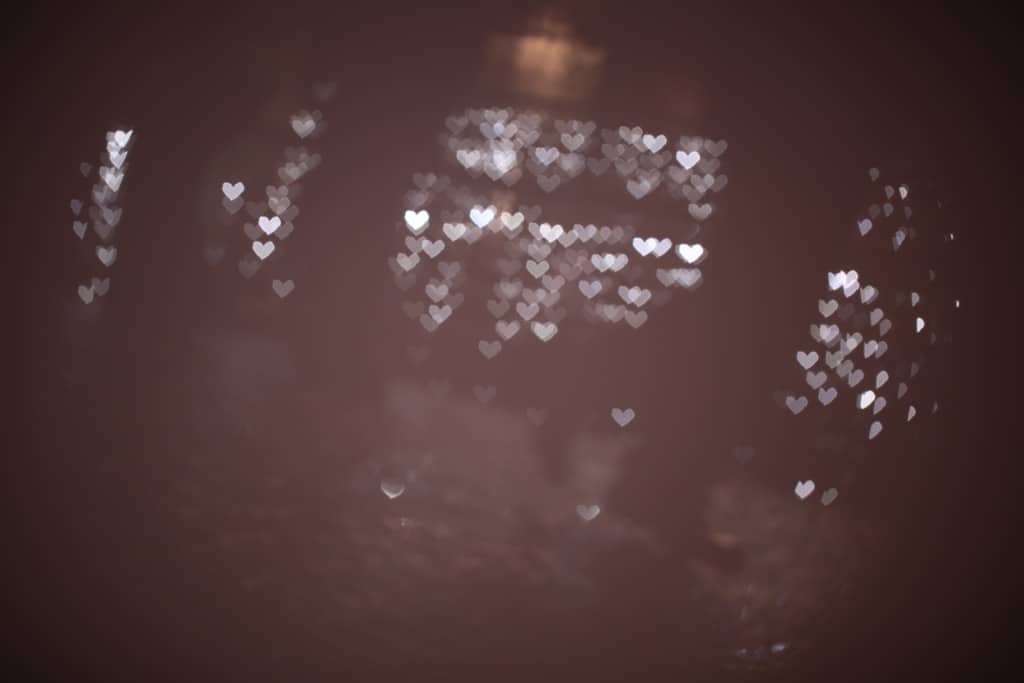 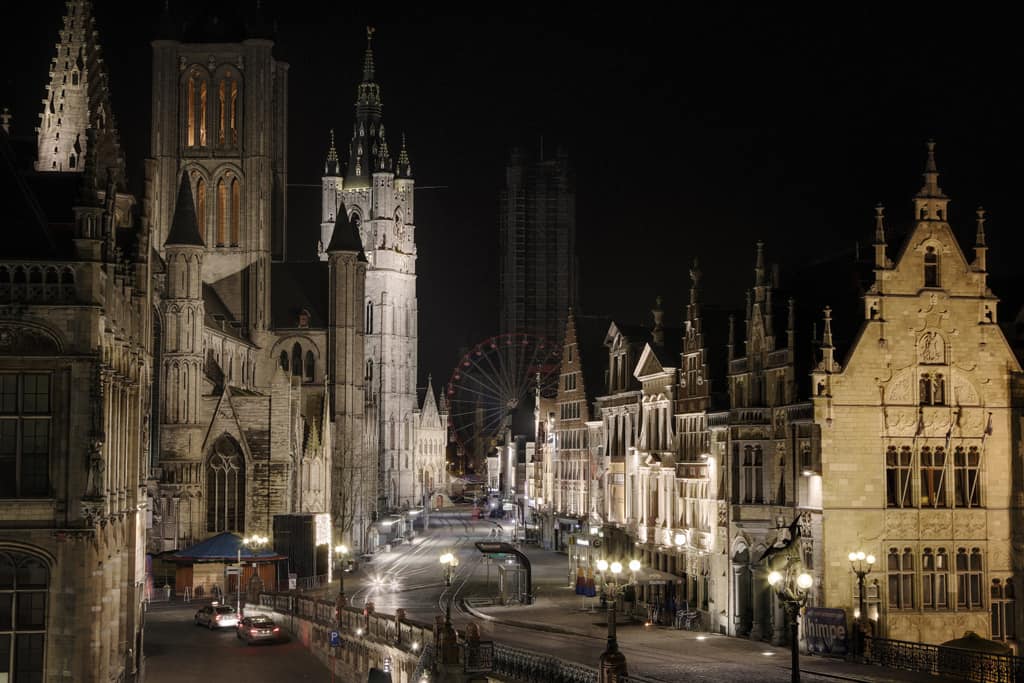 There are two places I highly recommend you check out if Belgium appeals to you: Hostel Uppelink in Ghent which has hands down the best view I’ve ever seen from any hostel, and Het Colettientje in Bruges where Maria is about the nicest lady you can possibly imagine.

The good people over at Hostelworld were kind enough to arrange my complimentary stay in these cities, and I was thoroughly impressed with each property. Both places already have tons of great reviews online, and you can consider me yet another fan. 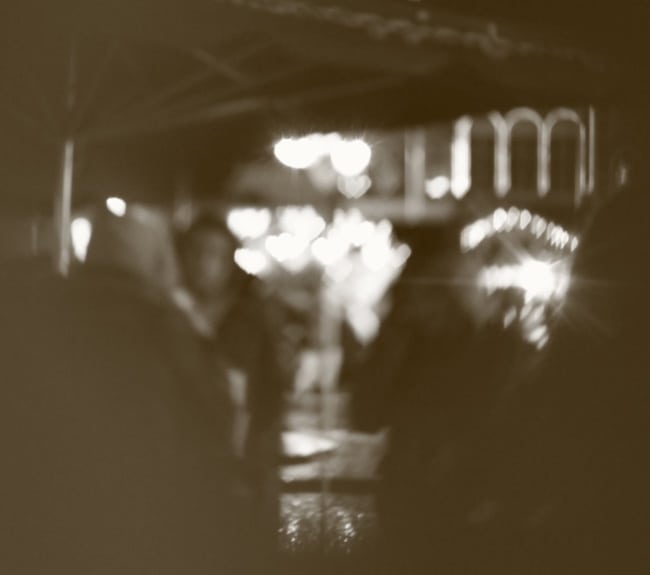 Abstract of the market in Bruges

I’ve been slowly backing away from the hyper realistic HDR look that’s been popular as of late. It started last year when I got my first film camera in a decade. Using that camera has been a refreshing way to keep the fun in picture taking, and as I’ve continued to travel I’ve placed a greater emphasis on a “one shot to rule them all” style of shooting. Unless the scene absolutely requires something more, I take the best single shot I can and I move on.

In that sense I’ve also cut back on the amount of photo editing I do. I love taking pictures, but sitting in front of a computer for hours editing minutiae just isn’t fun any more. I care far more about the overall feel of an image rather than things like pixel level sharpness, and with that in mind I’ve been focused more on creating emotive images in the field that just don’t need a ton of editing. 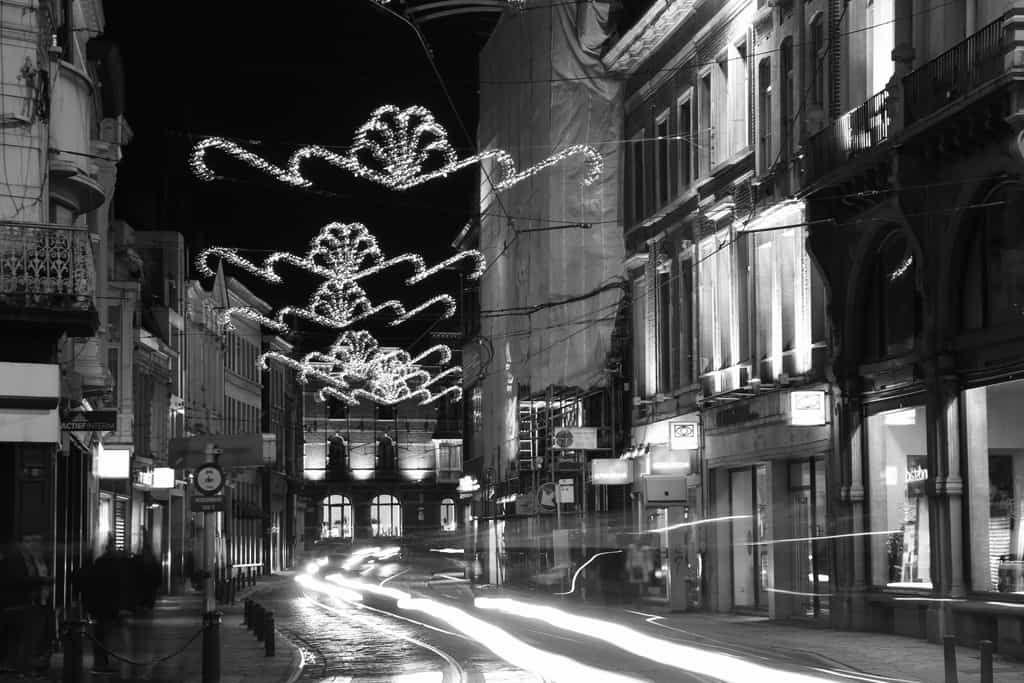 Ghent B&W straight from my camera

The pictures you see here reflect my new minimalist approach to photography. With two exceptions, all of these shots were edited “in camera” using Canon’s 4 standard options: Sharpness, Contrast, Saturation, and Color Tone. No Photoshop, Lightroom, or any of that fancy stuff. The two edits are the man smoking in Brussels which I edited slightly to impart a definitive low-fi look, and the nighttime view from Hostel Uppelink which needed some added balance to better reflect the reality I saw on that dark night. 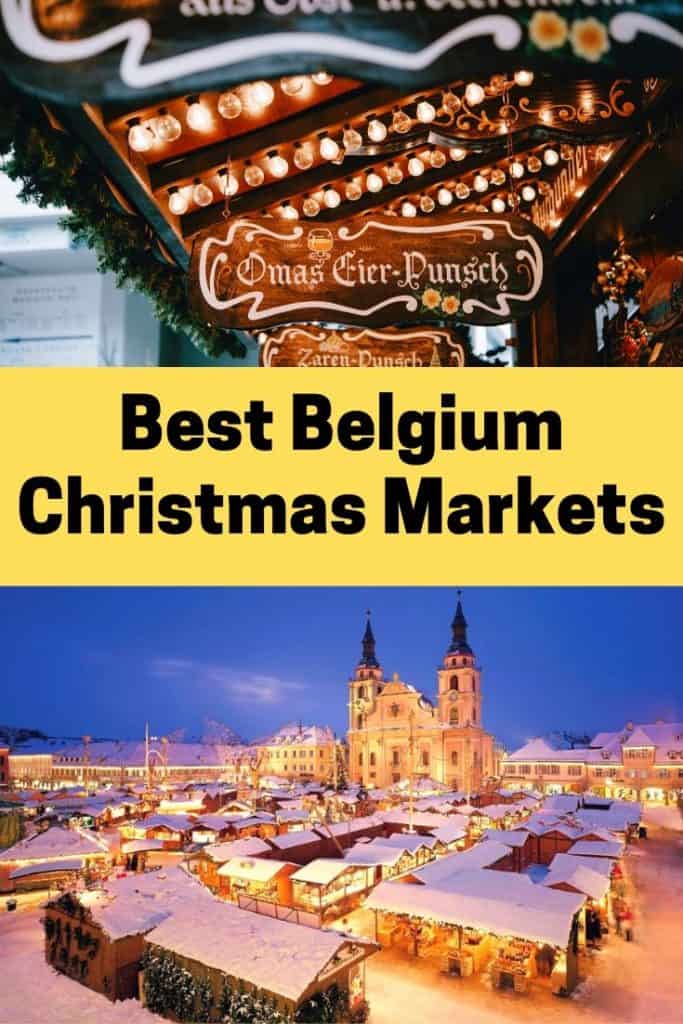 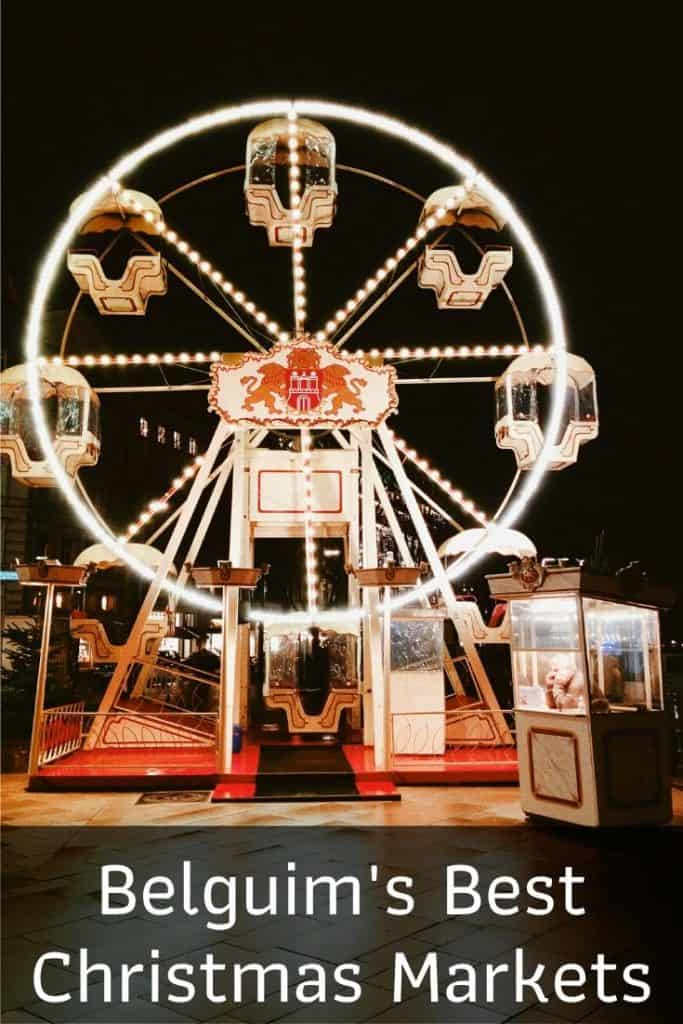 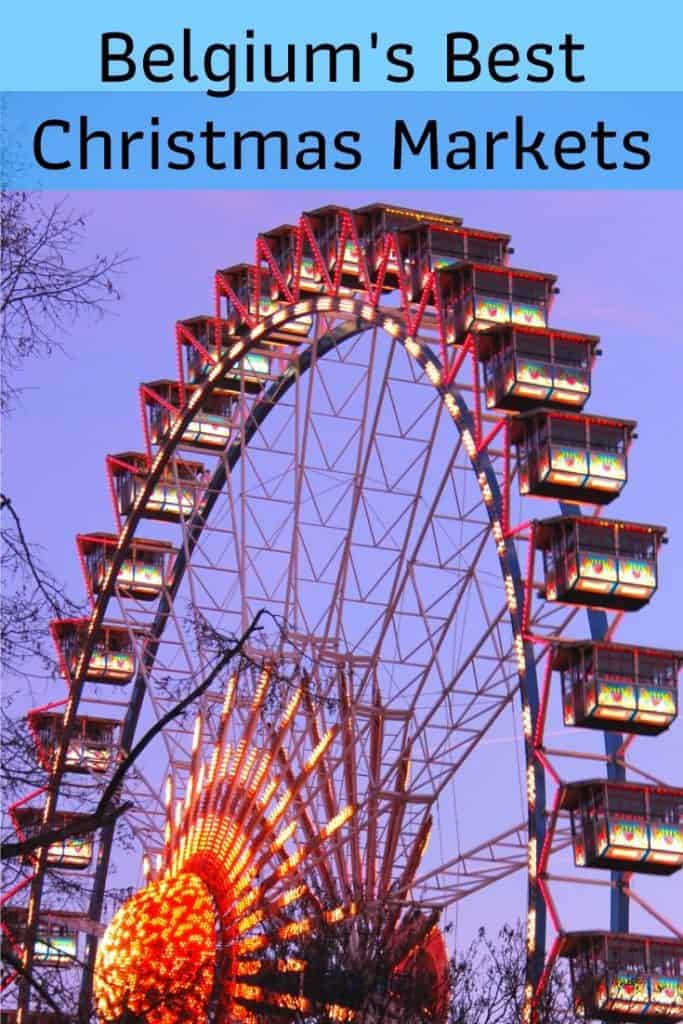 19 thoughts on “A Photographic Journey through Belgium’s Christmas Markets”