Skip to content
Home » Blog » Foods of Tuscany: What to eat in one of Italy’s best loved regions

We all know that Tuscany is famous for its wine and there are plenty of towns in Tuscany where you can have your wine, and also amazing food.  Italy consistently tops the global wine production charts, producing 4,796,600 tonnes of the stuff every year.  And a huge chunk of that comes from Chianti: an area located between the cities of Florence and Siena, in Tuscany.

However there are also plenty of foods that are traditionally produced and eaten in Tuscany, that are perhaps not quite so well-known, but are equally as delicious and well worth seeking out if you’re visiting the area.

Pici is a type of thick, hand-rolled pasta (think fat spaghetti!) that originates in the province of Siena.  It’s traditionally made with just flour and water (no eggs) and is commonly served with a spicy tomato and garlic sauce, porcini mushrooms, or pecorino cheese (more on that in a minute) and black pepper.

I can thoroughly recommend trying the latter version at Nonno Mede Restaurant in Siena.

Pecorino is a hard, salty Italian cheese made from sheep’s milk.  Its name is even derived from the Italian word for sheep – “pecora.”  There are six main varieties of pecorino, all of which have Protected Designation of Origin (PDO) status under European Union law.

Although the majority of pecorino cheese is produced on the Italian island of Sardinia, production is also allowed in the Tuscan provinces of Grosseto and Siena.  As a result you’ll be able to buy it in shops all over Siena, and it was pecorino cheese that we were served with our wine tasting at the Abbadia Ardegna winery near Montalcino. 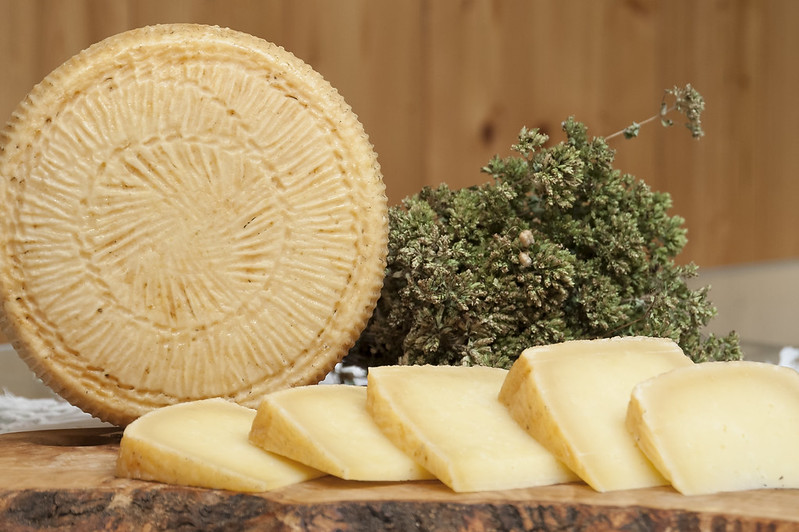 Tuscan farmers believe that it’s a mortal sin to throw stale bread away, so they mix their bread leftovers with a variety of  sun-ripened vegetables and olive oil, to make a colourful summer salad.

Panzanella is sometimes served with the addition of tuna and capers, to give it an extra strength of flavour.  Oh, and a little crumbled cheese doesn’t hurt either.

Nicknamed the “bean-eaters” of Italy, Tuscans are renowned for their love of beans.  Whilst fava beans are a definite favourite (eaten raw or lightly steamed), white cannellini and toscanelli beans are also widely used across the region.

Mainly you’ll see beans served in soup.  Zuppa di fagioli is a Tuscan soup made with white beans, sometimes with the addition of ham.  However Tonno con fagioli (tuna served with white beans and raw onion) is another popular choice. 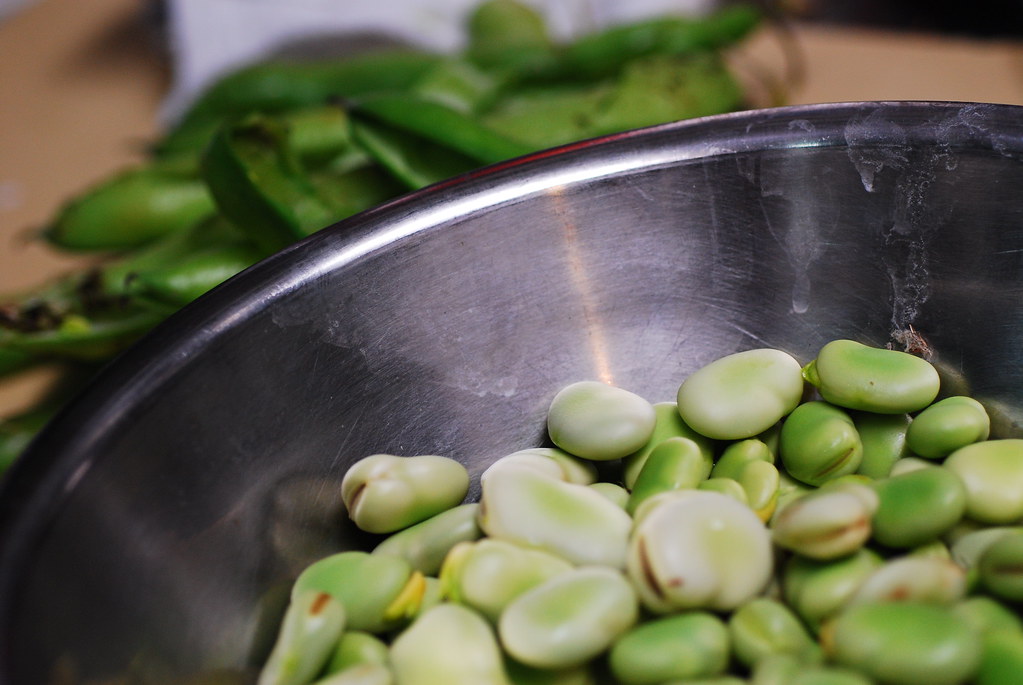 You may have noticed the lack of meat dishes in this post so far.  Well, that’s because I’m a non-meat eater, but I do love fish, and this dish was one of my favourites.

Baccalà alla livornese is salted cod cooked with garlic, tomatoes, and parsley, and originates in the port city of Livorno, on the western coast of Tuscany.

There is also a Florentine version, Baccalà alla Fiorentina.  It’s a simple, but tasty dish that draws upon the Italian’s love of tomatoes, too. 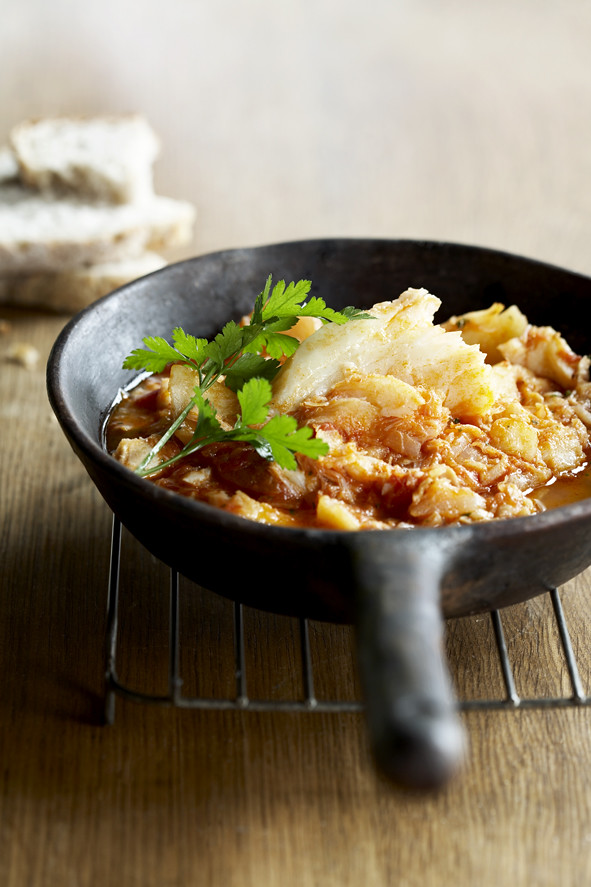 Cantucci is the name of the famous almond biscotti that you’ll see throughout Tuscany.  Cantucci originate in Prato, a city located at the base of Monte Retaia, to the north west of Florence.

They are traditionally eaten at the end of a meal and dipped in Vin Santo – a style of Italian dessert wine. 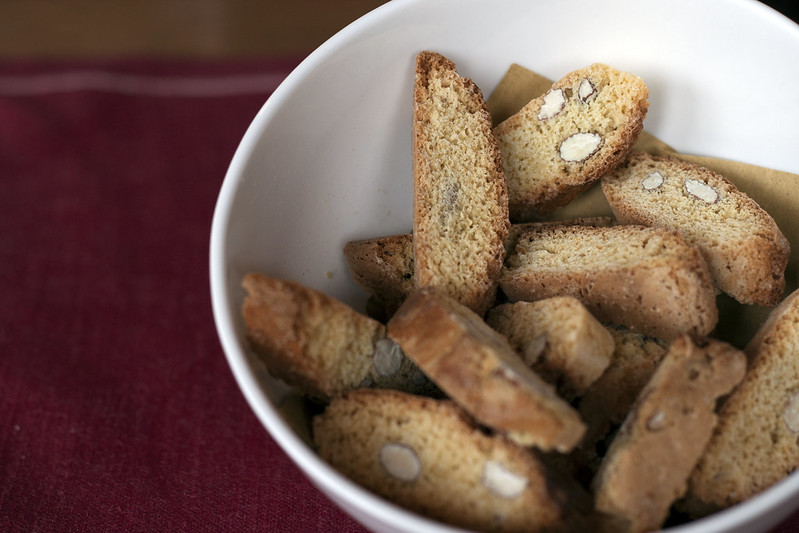 Have you visited Tuscany?  What are some of your favourite Tuscan foods? 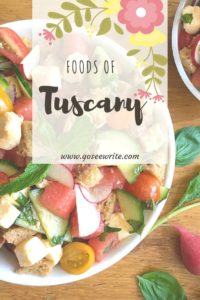 One thought on “Foods of Tuscany: What to eat in one of Italy’s best loved regions”