Australia is a breathtaking place, home to some of nature most beautiful parks in the world. From hiking to rock-climbing, these are the best Australian National Parks for every nature lover. But before you hit the trail make sure you’re protected with travel insurance, especially if you intend to participate in extreme sports with your loved ones.

Here are the best national parks in Australia nature lovers need to see.

Ever wanted to see the oldest rainforest in the world? If so, be sure to include the Daintree National Park as part of your itinerary. The park, which is located in Far North, is home to animals and flora that you won’t find anywhere else in the world including the Boyd’s Rainforest Dragon, flying foxes, golden orb weaver spiders, and the Southern cassowary. 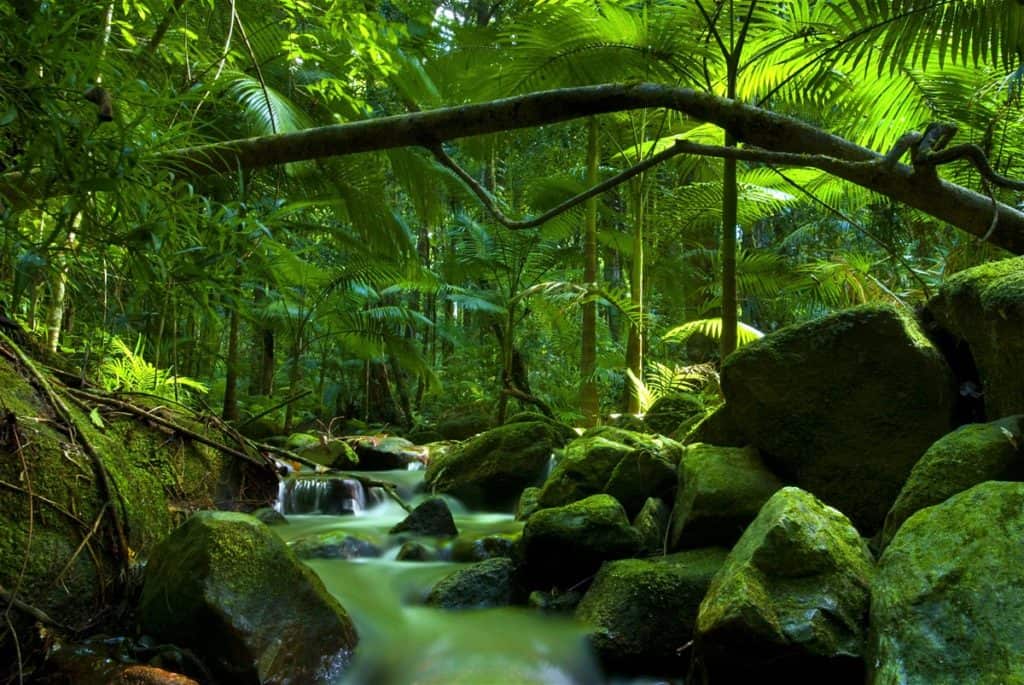 The park is prone to heavy rainfall so be sure to avoid visiting during monsoon season. On sunny days you may be able to take a dip in one of the freshwater swimming holes, but regardless, make sure you bring a good collapsible water bottle so you can keep hydrated.

It is also very close to Port Douglas, which is one of the best places to explore the Great Barrier Reef — obviously one of the bucket list highlights of any serious Australian trip for anyone that loves nature.

Freycinet National Park is home to red and pink granite mountains that are surrounded by the crisp blue waters of Wineglass Bay. This is considered one of the top beaches in Australia so this park is well worth the visit and is one of the best Australian National parks on everyone’s list. If you’re a fan of bird-watching, Freycinet National Park is the park for you. While here you can fish, sea kayak, or just relax on the beach.

This amazing national park, which is an UNESCO World Heritage Site and is the largest national park in the country, is probably the only place on the planet where you can see aboriginal rock art and crocodiles in the same place! Aborigines have made the region home for more than 40,000 years. More than 5,000 pieces of rock art can be found throughout Kakadu National Park. This park is half the size of Switzerland, so be sure to set aside plenty of time to take in the flora and fauna. 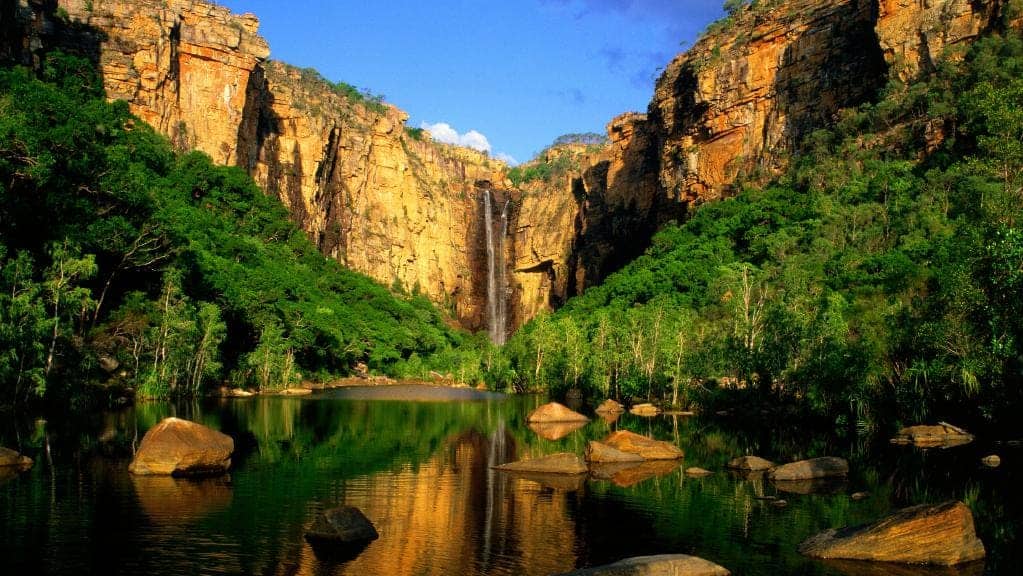 If you have a day planned to visit New South Wales, be sure to spend a few hours at Kosciuszko National Park. The park is named after Mount Koscuiszko which is the highest peak in Australia’s mainland. The park offers views of pristine glacial lakes that look like they’re straight out of a magazine. In the summer you can hike or go horseback riding while in the winter the park is ideal for skiing and it is not a horrible road trip from either Sydney or Melbourne.

Port Campbell National Park is the perfect combination of amazing rock formations with a little bit of beach. The park is located on the Shipwreck Coast and is home to some of the best rock formations you’ll find in the country. The formations, which are made of limestone, are caused by the Southern Ocean. Not only can you enjoy the natural beauty of the area, chances are you’ll also see a few shipwrecks. The park is also home to all sorts of flora and fauna including wild orchids as well as the hooded plover, skinks, grey kangaroos, and peregrine falcons.

Uluru-Kata Tjuta National Park, also once known as Ayers Rock, is home to the spiritual center of the aboriginal people. The huge sandstone formation, known as Uluru, stands out amongst the Central Australian desert. In the park you’ll find 32 rock domes and picturesque sunrises and sunsets that you won’t find anywhere else in the country. 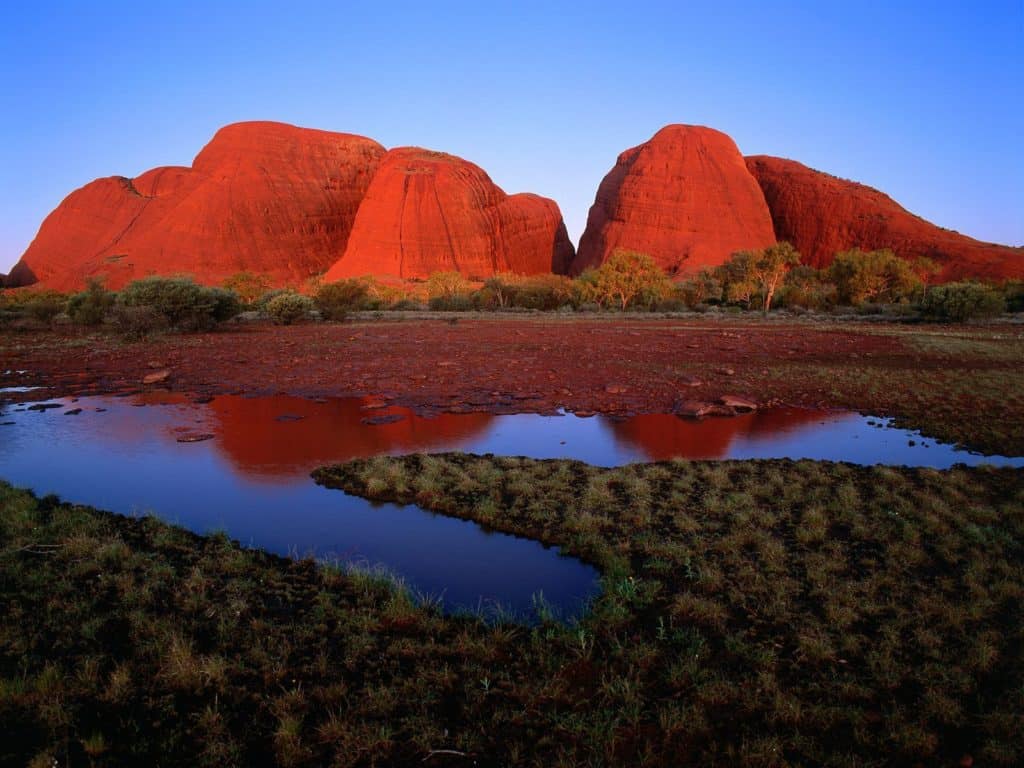 While Purnululu National Park can be seen on foot, the best way to get an amazing view of this park is from above. The Bungle Bungle Range has dozens of beehive shaped sandstone formations that are detailed with amazing black and orange stripes. If you’re unable to see the park from the air, it’s a great place for hiking and camping. Be prepared for some rough yet scenic terrain, and be sure to pack plenty of food to keep you fueled along the journey.

At first glance, Nambung National Park looks like something you’d see on another planet. Like other parks, there are cool rock formations that are surrounded by beautiful blue water. The difference at this park is that the formations aren’t in the water! Instead, they can be found in the Pinnacles Desert. Some of the formations date back to more than 3.6 billion years, making Nambung National Park the place to go if you want to experience serious ancient history. The yellow sand of the desert is a huge contrast to the ocean found at Kangaroo Point, making for a true spectacle.

The park is home to more than 150 different animals including humpback whales, red and grey kangaroos, dingoes, and more.

This is a park on the east coast, just south of Brisbane. For me, the highlight there is the great camping in Byron Bay that you can engage in, while visiting this park right outside of town.

25 thoughts on “8 of the Best Australian National Parks”