Day One of my trip was from Fayetteville, Arkansas to Dallas, Texas. My friend, Melissa, was going to Dallas on a ten-day vacation and agreed to drive me down and drop me off at my buddy’s house where I was staying down there.

I’d never driven with Melissa before. I was unaware of one of her peculiar driving rules: no speeding. No speeding at all. Ever. Now, I’m not normally one to condone rampant law breaking, but doesn’t everyone speed, just a little bit? I think the only two people on the planet that I know that doesn’t speed are my Uncle Tom, and now Melissa.

The odd thing to me was that when I asked her the reason behind her policy, she said it was on moral grounds. I would have figured it was based on a fear of getting a ticket. I offered to drive and she said no – I suppose she didn’t want to be an accomplice to my nihilism. For some reason, I found the whole thing very interesting. It felt bad to be so obvious in trying to rush her along a bit, since she was being so nice giving me a ride in the first place.

My only concern was that my high school girlfriend was throwing a little party in my honor in Dallas at six p.m. We were leaving Fayetteville at about 12:20 or so. The way that I drove, Dallas was about a five-hour drive. I was a little worried about being late for my own party.

As we were getting towards the Oklahoma border, the weather got pretty dicey a couple times. It was about 25 degrees and although the roads were in fine shape, we hit two or three small sleet storms. Luckily they were all short spurts, but when the sleet was coming down, it was instantly freezing on the windshield. Three good-sized wrecks on the highway held us up also. In these areas where it was sleeting, the roads were mildly treacherous.

Melissa did a fine job driving through it all, with some nervous chain-smoking thrown in there for good measure. And although we were under a no-speeding policy and ran across a couple patches of bad weather, we actually made reasonable time to Dallas, getting to my buddy’s, Bryant’s, house at 6:30. I had emailed ahead and let everyone know that I was going to run a half-hour or so late, so Elizabeth had pushed back the party to 6:30.

Bryant piled me and his wife, Tish, and two adorable kids into their Tahoe and we drove over to Elizabeth’s sister’s house, who was hosting the party. Tish told me that her kids were fascinated with my trip and sure enough, on the way to the party, Olivia and Audrey, who are about 5 and 7 years old, quizzed me.

They interspersed the ‘where are you going’ questions with other logistical ones: Was I just taking the one backpack? How am I going to get money on the trip? What did my Mom and Dad think about the trip? Was anyone going to go with me?

They finally named a couple countries that I was going to go through, Mexico and Australia. They seemed quite happy that they’d nailed a few spots on my route map. They are going to vacation in Mexico this spring and I made them promise to email me pictures. I think they might be staying a slightly nicer hotel than I will be when I’m in Mexico. Just guessing.

I thought to myself, given their ages, that world geography and travel on this scale were still completely abstract concepts to them. I silently said to myself, “they don’t really have a clue of what I’m going to be doing for this year.”

Followed quickly by the voice in my head saying, “neither do you, you idiot.”

Sometimes the annoying voice in my head can be so brutally honest. And kinda rude. 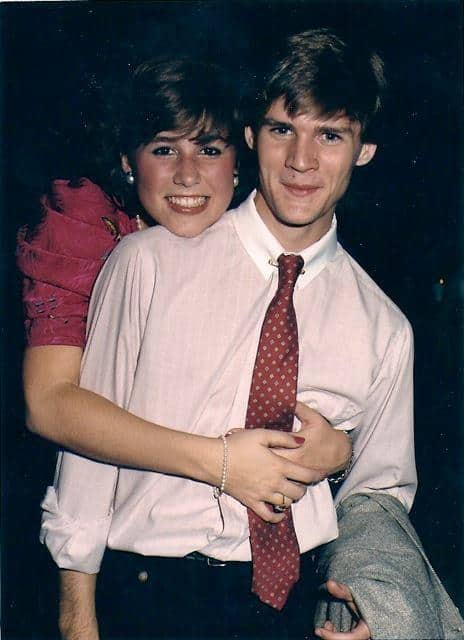 The party was great. I got to see friends that I literally hadn’t seen in over a decade. Cullum, whom I think I’d last seen at his wedding in the mid-90s. Elizabeth, my high school ex-, her husband Mike, and her sister Rebecca. Colin, one of the few I had seen recently, since I play in a golf tournament with him and Bryant every year. Lael, my Facebook compadre. Rush, who I am almost positive I haven’t seen since high school. Janie, whom I think I last saw in college, when I used to edit her essays – though I still have no doubt she was, and probably still is, a much better writer than I. They’d all brought their kids for the pizza party and I got to meet all of them also, though I’d absolutely and completely fail a name test at this point. I didn’t feel like I had remotely enough time to talk to all of my friends, although I loved catching up with all of them as much as I could.

As soon as I walked into Rebecca’s fabulous house, I had kitchen envy. I love to cook. Until Rebecca’s house, I’d never seen a kitchen with enough countertop space – you just normally can’t have enough room to cut, dice, roll out dough, and do all the other prep you have to do when cooking, especially when you are as messy a cook as I am. Hers was the first kitchen I think that could handle my disorganization without coming up short. It also made me realize that I might go an entire year without cooking a single meal, which wasn’t something I’d thought about missing before then.

One thing that is interesting about seeing people after that long a time is how some people’s appearance can change so much over time and others barely change at all. I don’t think there is any rhyme or reason to it. I don’t know if I would have recognized Rush at all if I saw him on the street. On the other hand, Colin looks almost identical to when I met him twenty years ago. Its not as if change are good or bad – but seeing people after that long is such a reminder to yourself that you’ve also gotten older.

As if I need any more reminders.

In any case, I had an wonderful time. As I left, I made a personal vow to come back after the trip and try to see everyone again. That much time should never pass before seeing people whose company you enjoy. Everyone looked great, they were great, and they made me think of days long, long past.

Of course I forgot my camera. There’s nothing like bringing your nice camera on a world-wide trip – with the full expectation that it will be stolen at some point – and then forgetting to bring it to an event that you want to record with lots of pictures. Forgetful moments like that make me question whether I’ll actually pull this trip off.

This is also probably the first time since I was about 14 years old that I’m not carrying keys and a wallet. I’ve followed the advice of every round-the-world guidebook and a couple other people I know that have done similar trips and bought a neck pouch to hold my passport, money, and credit cards. I’m wondering how long its going to be before I stop reflexively patting my pockets to see where my keys and wallet are. I think in the two days on the road so far, I’ve had the quick, sinking feeling in the pit of my stomach that I’ve lost my wallet about fifteen times.

I need to get into a routine as quickly as possible. A mental checklist that I have everything on me that I can run through quickly when I check out of hotels and such. For my adult life, I’ve usually run through this as I walk out of my house every morning – wallet, keys, watch, glasses. On this trip, I’ve only got the watch.