Sorry its been so long between me writing here. Having my computer going on the fritz has set me back, especially with pictures. The damn thing works one day and then not for two days. And back and forth. In any case, here are some various notes from some of the countries I’ve shot through in the last few weeks.

* Russian women are incredibly beautiful. Right up there with Columbian woman in frequency of appearance on random streets. The odd thing is that you see hundreds of model-like women in their 20s walking around. . .and absolutely no attractive women over 35 years old. Its like some switch gets pulled and they go from 9s and 10s, on the common scale, and fall off the cliff down to 1s and 2s. So odd. In every other country in the world, there are very attractive “older” women out there, but in one of the countries with the highest concentration of beautiful young women, there are none.

* If I had cornered the market on black boots in Russia, I would have already bought my Caribbean island to live on.

* This isn’t remotely a unique comment, as I’ve heard/read it in scores of places, but Russians don’t smile. At all.

* St. Petersburg is incredibly beautiful and should be a lesson to the rest of Russia. Hey Russia, try a new coat of paint occasionally!

* I have met and talked to a lot of people that had a great time on the Trans-Siberian or Trans-Mongolian. Unfortunately, I was not one of them. Most of the stories I have heard involve lots of drinking and partying with groups of tourists that are riding together in the train. Didn’t happen for me. I didn’t take the semi-official Trans-Mongolian that most tourists end up getting steered to — I was travelling a different day of the week than that train was going. So, I got on the more Russian version and it was empty. In my train car, there were 9 cabins of 4 beds each — 36 total possible berths. It was me and a family of three in the entire train car for the longest stretch I took — 4 days from Moscow to Irktusk. Basically didn’t have any contact with any human being at all for four days (save for a brief bit on night one, which I will write a seperate blog on). Pretty boring. And the scenery out the window wasn’t that great either. Glad I did it — pretty unlikely to ever do it again.

* I loved Bejing. Totally unexpected, since I default to not liking big cities. It 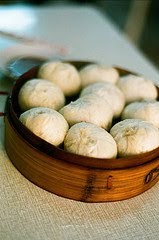 was clean. People were very, very friendly. Got into a really fun and cool hostel right near the Forbidden City that was in an old, traditional courtyard neighborhood, down a couple alleys, seemingly in the middle of nowhere in the heart of the city. The sights were really good – Forbidden City was great, Summer Palace was fine (except for the crowds), even the Great Wall at the mega-tourist spot I went to was incredible. And the food. . .mmmmm. . . dumplings for breakfast (and lunch and dinner). Gotta love dumplings for breakfast. I have to say, I wasn’t really surprised I loved the food there, but I was surprised how many strange dishes there were to eat in China.

* One reason I was unexpectedly happy with Beijing is that I actually saw the sky for a couple days. Had heard about the pollution (and got it in the south later), but had some actual, real blue sky days there. One thing I loved in that respect were the self-propelled, motorized bicycles. Basically they had a little motor in them and when you petaled them, they charged up the internal battery, so that you could use them as a motorized bike until the charge ran out. Then you petaled again for a bit and charged them up again. Incredibly good idea. Haven’t seen them before and I think they ought to be government subsidized everywhere.

* I can’t spell and there is no spell check possible on this slow-ass public computer. Sorry.

* Hanoi is how I pictured a SE Asia city. Big. Loud. Busy. Bicycles and motorcycles everywhere (video soon, IF I can upload anywhere). People hustling about. Wow. Liked it. A lot.

* Speaking of Vietnam, I’m obviously having “opposite day” on this part of my trip. People loved the Trans-Mongolian; I didn’t. Everyone hated Vietnam; I thought it was cool. I have heard a bunch of veteran SE Asia travelers say they hated Vietnam. Not sure why. Sure, you get a ton of people hitting you up for cab rides and tours and everything, but if you can’t deal with that, there aren’t many places you should be traveling to. Guess I’ve just gotten so used to that part of travel that it doesn’t phase me at all. Vietnam is certainly a big touristy spot — tons of Australians up there on cheap flights. The tourist spots are overrun with people and such, but that’s partly because the spots are pretty damn great. Ha Long Bay was beautiful (again, pics at some point – promise). Hoi An was very nice, though it was in the middle of a typhon when I was there. I liked it. Except. . .

* Horns. I want to kill people when I hear horns. I think they might just be at the top of my current ‘hate list.’ It’s especially bad, since my iPod is dead, so I have nothing to drown them out with. So, here is how driving works in Vietnam. You honk at everything you pass on the road – I suppose as a warning you are going to pass them. And by everything, I mean everything — other cars, other buses, motorcycles, people walking 50 feet away in rice fields. Everyone. Something about that sound just kills me. Drives a stake right into the core of my being.

The really annoying instance was the bus driver from Danang to Hoi An, luckily only a two hour ride. I can understand honking on two lane roads (one lane each way) when you approach someone. They need to pull over as far as they can. But this road was four lanes. Nice road. Good condition. Regular sized lanes. We drove the whole way in the left hand. Everytime the driver approached one of the hundreds of motorcycles in the other lane, he’d honk long and hard. These for bikes just minding their own business in their own lane. Far, far from being anywhere remotely close to getting hit. But away goes the horn anyway. Arrrggggg.

* I really like cities where people live on the streets. Eating at sidewalk cafes. Beers at tables on the sidewalk. Storekeepers hawking their wares out front of their places. Bikes pulled up on the sidewalks. Activity. And warmth. I do like the warm weather, especially after sun-down.

* The movies I have seen on TV (buses and hotels) here that are translated into Vietnam completely crack me up. I have seen 4-5 now, so think I can make a small generalization. Every single one has just used one person to do all the dubbing. It is quite amusing to watch a movie and have one woman dub all the parts — male and female. And with no voice inflection at all. Every time I have seen it, just makes me chuckle a bit.

* I was worried about China and the language issue and I was right to a degree. Very few people speak English. It is really imperative to have a phrasebook with the written Chinese symbols to show people when you are trying to get directions or a cab or such. And make sure you have a business card of the hotel/hostel, you are staying at on you at all times. If you need to get a cab back there (or have someone call them and translate for you), you will regret not having it on you. 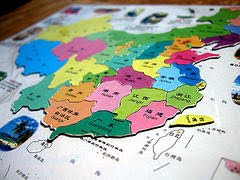 Have you ever heard of Nanning, China?? I hadn’t ever heard of it before and I’m a pretty good geography buff. Its a large city in south China that I stopped in on my way to Hanoi.

Over 6.5 million people live there. Put that in perspective for a second.

London is 7.5 million. Hong Kong is 6 million. Berlin is 3.5 million. Philadelphia is 4.4 million. Toronto is 4.6 million. You heard of those cities??

Of course. Who the hell has heard of Nanning, that hasn’t been in the area?? That amazed me. I’d heard of Beijing and Shanghai, of course, but Nanning??