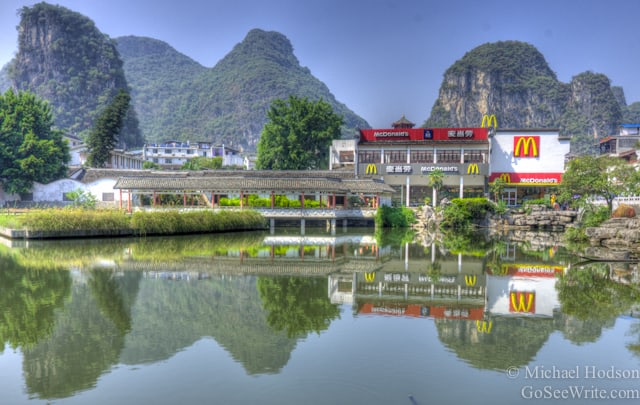 Pretty much the best McDonald’s location you could imagine, heh?

One of the things that I love about China is the slightly off English that you see in signs and hear from people. “Clinglish” or “Changlish” or whatever one calls it (similar to Spanglish, which was supposedly an actually good Adam Sandler movie, though I’ll never know),

China was one of the last stops on our crazy 30-day Ultimate Train Challenge. The folks at China Odyssey Tours we kind enough to help us on this part of the journey and they were really invaluable, considering on how tight a schedule we were on. They scheduled up some tours for us on the few off travel days we had (Bejing and Guilin), but one of the big things they did was provide drivers and guides at each arrival and departure we had.

China is not the easiest country to get around in. While I had been there before, during my round-the-world trip, it still is not the easiest county to get around in. Off the sixty or so countries I have been in during the last three years, China is right up at the top of “least use of English from the locals.” One of the places I wished I’d been able to see was Shanghai, if only to take pictures of the Bund.

While China is currently embarking in a massive effort, like most effects on any topic they embark on, to teach their citizens English, it has seemed to me that there are few people over 30 that speak any English at all.

Most cabbies are over 30. Ergo some of the difficulty of traveling there.

My Chinese visa is good for an unlimited number of entries for a 12 month period. I really enjoy China a lot, so expect to see me back there before that visa runs out in 2012. In the meantime, I hope you enjoy a few amusing signs that I saw while I was there. 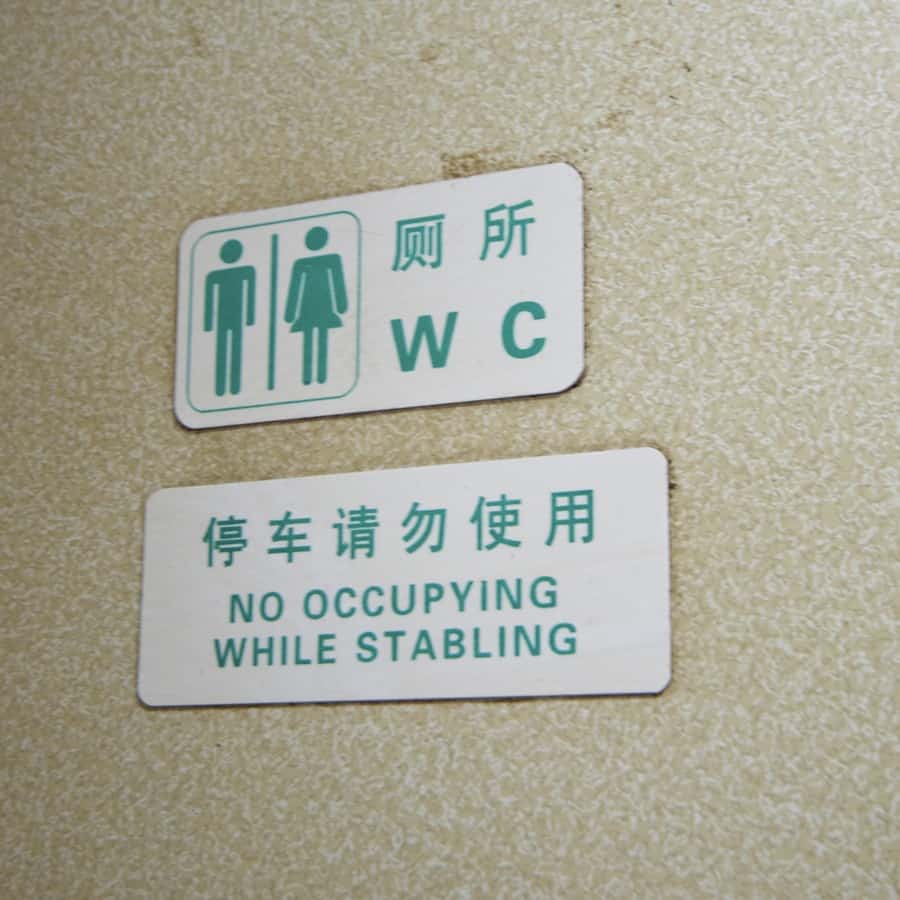 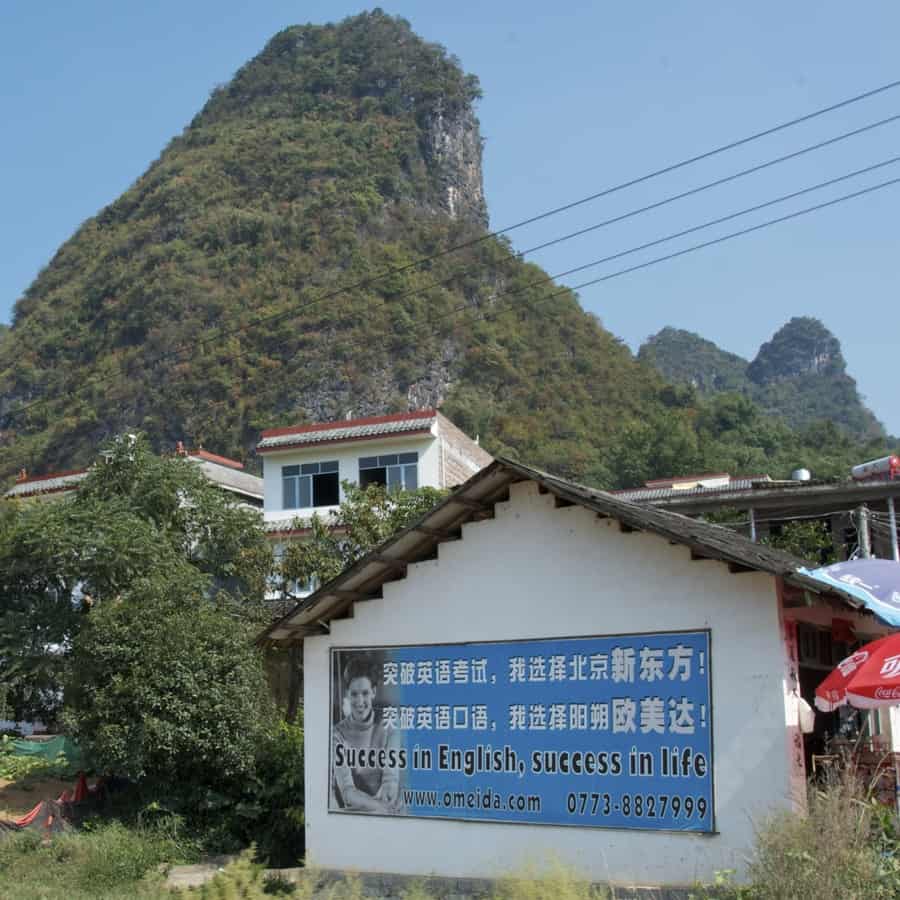 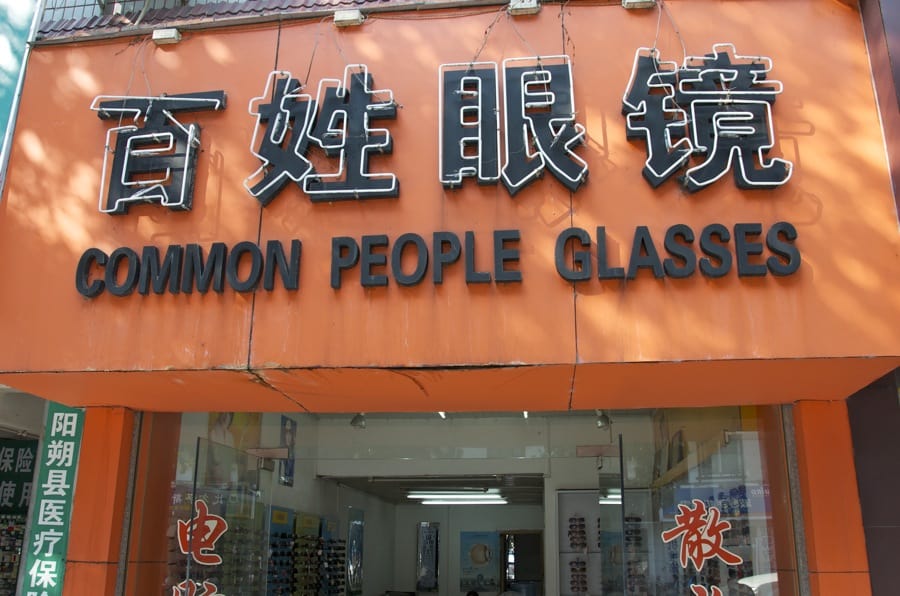 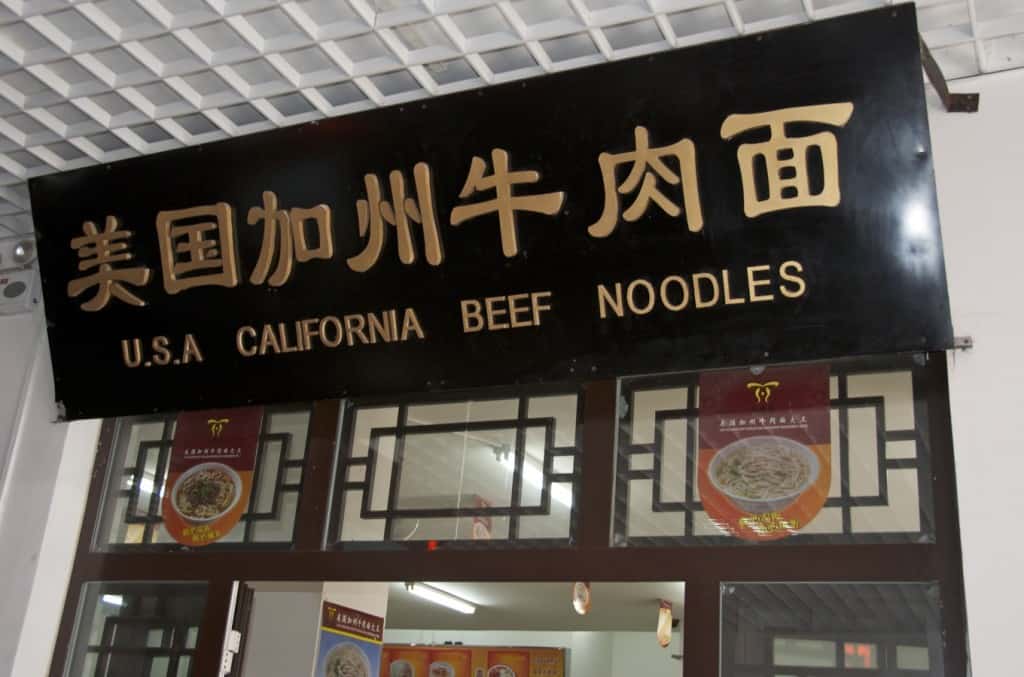 because when I am in Beijing, I want… California food 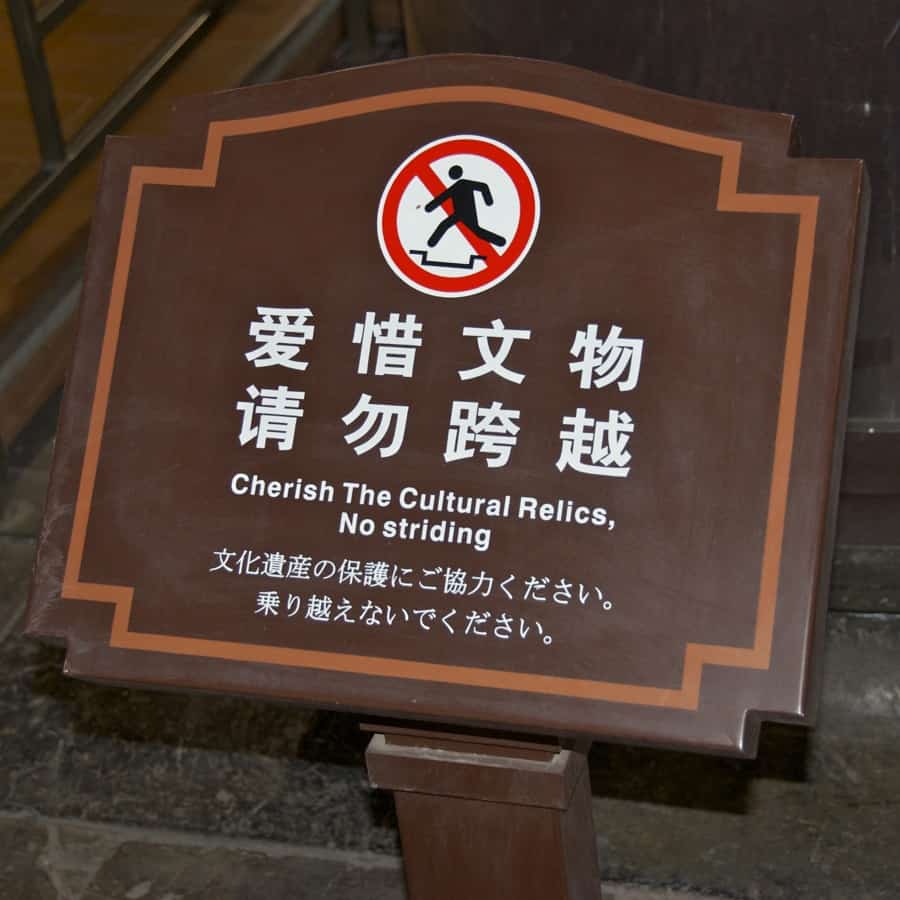 Striding apparently is inconsistent with respect. Remember it. Live it.

21 thoughts on “Little Oddities in China on #UTC11”