Skip to content
Home » Blog » The Absurdity of Monaco

I just simply don’t understand Monaco. It is one of the cities in the world, like Beirut or Hong Kong that just sort of mystifies me.

It is a city of immense wealth of course. It boasts the highest Gross Domestic Product per capita of any country in the world, at over $150k per person. It has an unemployment rate of basically zero. It is a tax haven of the rich and famous. It boasts one of the biggest Formula One races in the world. Its most famous citizen was actually an American superstar actress from Philadelphia.

And it is less than one square mile in size.

How the hell was this place even allowed to be a country?? 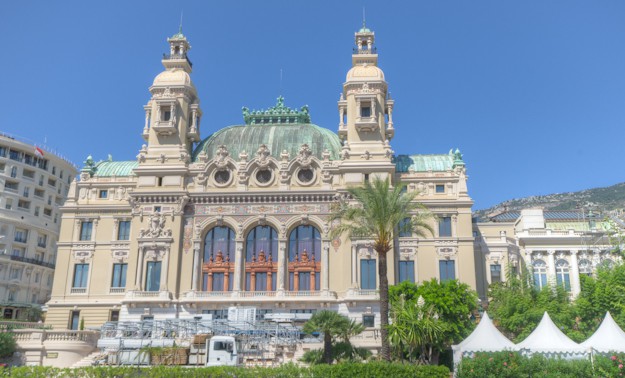 the famous Monaco Casino from the harbor side

As in most places in Europe, the history is fairly complicated, but from what I gather, it was originally a colony of the city-state of Genoa back when the House of Grimaldi took over rulership in the 1200s. In an incredibly appropriate move, given what Monaco has turned into over time, the Grimaldi’s purchased Monaco in 1419.

Yep, they bought it.

Over the next few hundred years, it was occasionally conquered and passed back and forth to various countries, with the Grimaldi’s still maintaining rulership in some form or fashion, until they paid France 4.1 million francs for it in 1861.

Yep, they bought it twice.

In 1869, the Grimaldi’s eliminated income taxes and the tiny nation state basically survived on revenue from the casino. And so began the modern history of a tax dodging haven for the rich and famous.

To my eyes, Monaco’s has the look of a city that rose to prominence in the 1970s and is trying to age gracefully.

The problem is that the 70s really don’t age that gracefully. 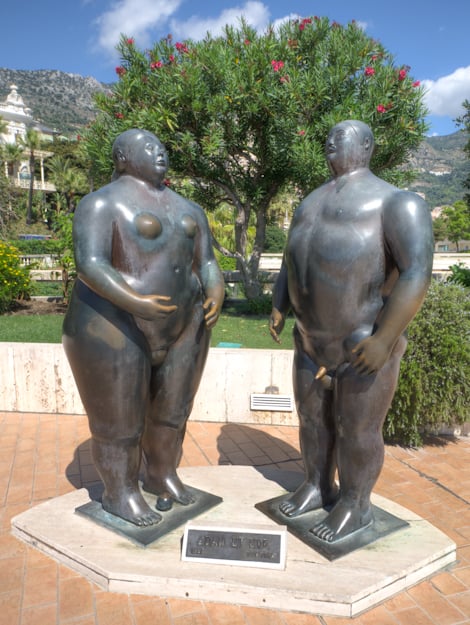 I was only in Monaco for a very brief afternoon. It was early on during the Ultimate Train Challenge, right after I had gone to Bordeaux. I was taking advantage of the Eurail Pass that Eurail.com had given me to cruise around as much as I could manage.

The first thing that struck me when I arrived on the train from Nice was the sign I saw at the tourist office: “No bag storage.”

I obviously had my two backpacks on me and was planning to leave the big one in a locker somewhere, while I explored the city and took photos with the smaller backpack.

I’m thinking they aren’t huge fans of travelers like me.

So, I got back on the train, rode back to Nice, dropped off my backpack in a locker there, and came back. A little high brow disdain wasn’t going to stop me.

It is obviously a small enough city to walk around fairly easily, though it is hilly. There were a few other brief impressions I had while wandering around, the first being — Monaco is such a nanny state.

No, I don’t mean nanny state as in a government that coddles its citizens… I mean there are a ton of nanny’s walking around. I am assuming that the high per capita income translates into “one family, one nanny” pretty much universally, considering how many I saw pushing kids around in strollers.

Secondly, I have never seen so many relators’ office anywhere on Earth before. There were literally hundreds of them. I had assumed I would see loads of banks, which I did, but they were far, far outnumbered by the offices with photos of the properties they had for sale.

The idyllic part of town is on top of the low mountain that frames the west end of the main harbor. Up there lies the castle where the ruling family lives. Aside from the castle, there are a few hundred very pricy residences up there on the five or six small streets that crisscross the top of the mountain.

There you will find small, but amazing beautiful, gardens on the cliffs overlooking the Mediterranean. There is also a perfectly quaint church only about 300 yards away from the castle in the center of the little mountain top village. It is easy to imagine Princess Grace and Prince Rainer III walking over from the castle for Sunday services.

Now it is overrun from tourists fresh off the Carnival Cruise line ship that docked that morning in the harbor for a quick stop, before moving on down the coast. 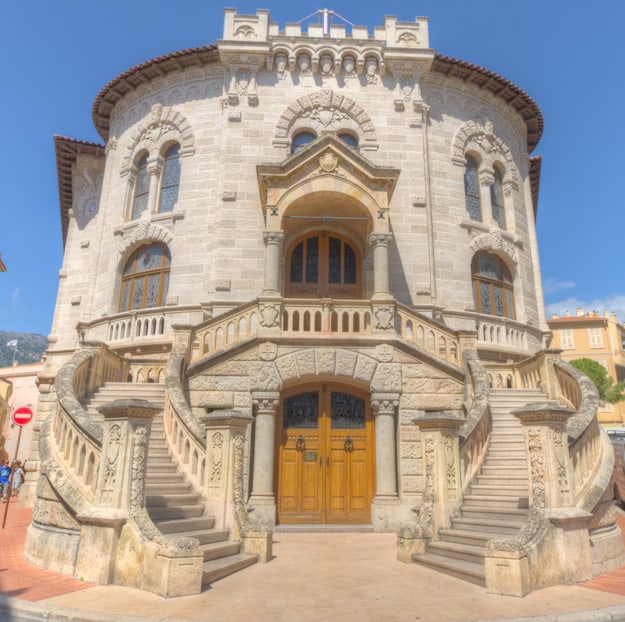 one of the buildings up on the mountain, near the castle

the view of the smaller west harbor from the castle area 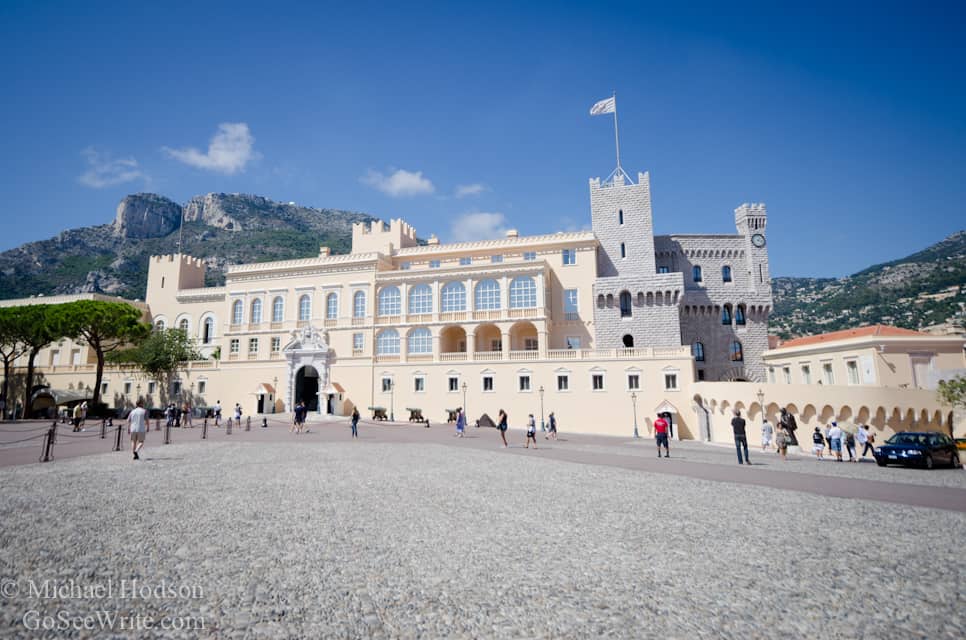 The Palace/Castle up on the mountain 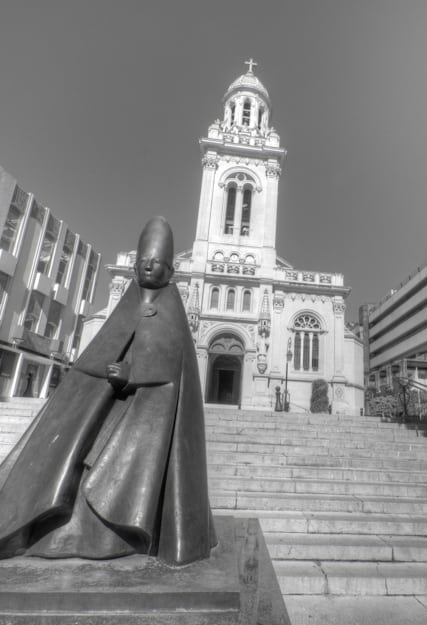 some random church in town

56 thoughts on “The Absurdity of Monaco”