Russia is one of the world’s largest countries, and while it is famous for the architectural achievements and the wide open expanses, there is no doubt that visitors to Russia will find a destination that offers a very different experience compared to those in the West. The country has an immense landscape, and when it comes to getting around, there are a couple of options available. While domestic flights offer some impressive sights and a good look at the country, travelling across the country by train is one of the best ways of exploring Russia, and the route from St Petersburg to Moscow is one of the most popular routes in the country.

What To Do In St Petersburg 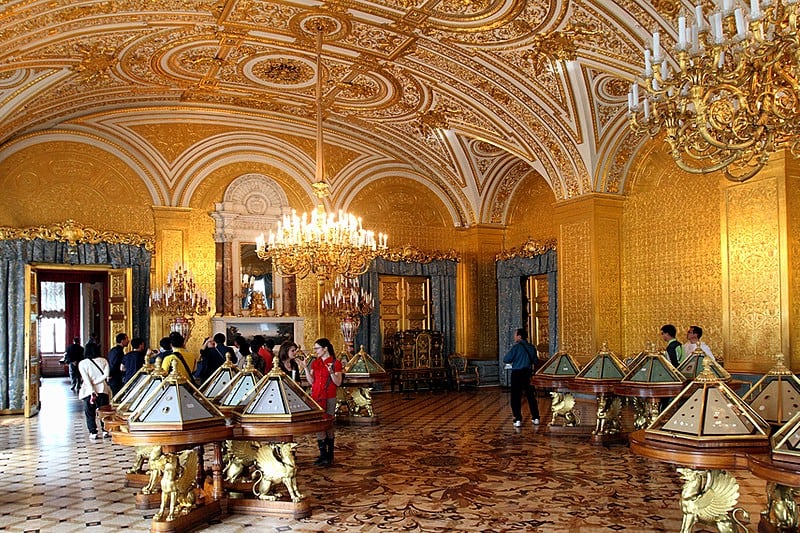 Lying on the banks of the Neva River, St Petersburg has long been one of the most important cities in Russia, and one of the most popular attractions here is the huge and impressive collection of art on display at the Hermitage Museum. Another of the popular destinations in the city is the Winter Palace, which was one of the grand palaces of historic Russia, while the series of building along Nevsky Prospekt is another place worth visiting. The Peter and Paul Fortress is another of the popular attractions, where many of the Romanov Tsars are buried, while it is also famous its role as a formidable prison.

How To Get From St Petersburg To Moscow

While you can take a flight from St Petersburg to Moscow, if you are on a slightly tighter budget or you simply want to enjoy some of the wonderful views, then taking the train between the two cities is a great option. There are several options available on this route that has been serving Russians for over 160 years, with the fastest Sapsan trains covering the distance in around 4 hours, while slower trains are cheaper and take you through many more of the towns and cities in this part of Russia. The Russian train tickets can be booked and purchased before you start your trip, which is a reassuring option for your Russian trip.

What To Expect On Your Railway Journey In Russia

The railways in Russia can vary significantly, but in truth the routes between the country’s two main cities are generally quite good. There are a range of different options, with the firmeny sleeper train among the fastest and most comfortable option, while other options will be cheaper, but with a lower quality cabin and experience. This route is one of the best serviced in the country, and many staff will speak English as well as Russian.

What To Do In Moscow

Russia’s capital is one of the world’s most famous cities, and at its heart is Red Square with the Kremlin and St Basil’s Cathedral being among the grandest places to see and explore in the city, while Lenin’s Mausoleum is also to be found here. Elsewhere in the city, the series of impressive range of classical music venues here are worth visiting, while Alexander Garden and Manezhanaya Square off small areas of green and wildlife in this bustling city. Whether your passion is for history, culture, shopping or sport, there are plenty of things to do in Moscow.

One thing that some of my friends have recently suggested to do during a trip to Russia is to visit Chernobyl. I know what you are thinking… really??!!

Absolutely. It has become quite the tourist destination recently. One of the odd things to know is that since it was abandoned as a human habitation site, it has become one of the destinations with the greatest concentration of wildlife in Russia. And with the recent release of the HBO show about the tragedy and crisis, more and more visitors are headed there now.

A short visit to St Petersburg

Why You Need to Experience Moscow

Planning Your Trip To Visit The Sights Of Northern Europe