I like odd things. Oddities are one of the big reason I love travel as much as I do. Strange food. Unusual places. Different cultures. Things that work differently than back home. Things that don’t work at all. New sports to enjoy.

It is, for the most part, the differences that make me smile most days. That keep me on my toes. They are one of the main reasons I want to travel indefinately and see how much of everything I can see, with the time I’ve got. 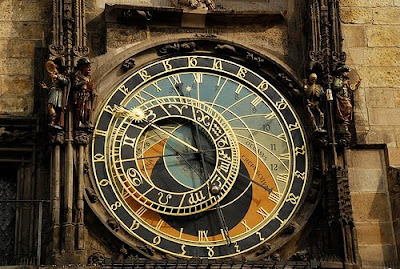 One unexpected oddity was time. You would think that amongst all the newness and uncertainty involved in world travel that time would remain a constant that you could rely on. Not so fast, Madam.

Here are some of the time travel weirdness that I found on my trip:

(1) China is one entire time zone, from one end of the country to another. I’ll try to place this in perspective for those of you that haven’t been there. China is big. Really big. It is the third largest country in the world. It is hard to get exact distances from the websites I’ve seen, but from east to west, it is basically the same size as the continental United States. 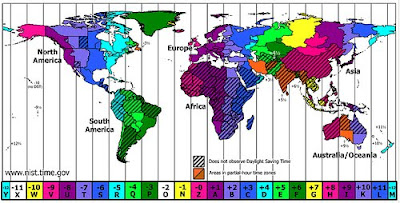 Imagine working and living in Los Angeles. You need to be at work at 8 a.m. Except 8 a.m. is now essentially three hours earlier — a couple hours before sunrise. That’s what you would have to put up with if you lived in Western China.

(2) All train schedules in Russia operate on Moscow time. This is one that inevitably trips up a traveler or two taking the Trans-Siberian railroad. You get off the train in Irkutsk to stay a couple days there. Your train ticket says that the train leaves on Tuesday at two in the afternoon. Except that is two in the afternoon in Moscow — where you are now, that is seven in the evening. If you train ticket says you get in at 9 p.m. and you think you are going to find a hostel to stay in that evening when you arrive — it’s really 2 a.m. local time when you get in.

Going into the various train stations is one of the more odd experiences with time you have anywhere. You might have just come from a bar, where the clocks on the wall say one thing, but when you get to the station, all the clocks in there are on Moscow time. Walking through the doors is walking into a mini-time machine.

(3) North/South time zone changes. I realize there are a few places in the States where you can go north/south and change a time zone (for instance going from El Paso north to New Mexico), but I still find it odd to move forward or back in time when not moving east or west.

The bus going south from Peru to Chile was my best example on this trip. When we crossed the border, we moved forward not just one, but two hours. I almost got jet lag.

(4) Half-time zones. There seems to be a reason for some of these various time oddities, but this one completely baffles me. There are a variety of places around the world where you only jump a half-hour when you cross over a time zone. No idea why this is the case, but think about how that affects things like national television programing and the like. Makes no sense to me, but I ran into it in the middle of Australia.

Would love to hear some of your stories about oddities in time on the road.

Totally forgot time oddity (5) – the International Date Line. As most of you know, I crossed the Pacific by ocean freighter, so the time line was particularly interesting. I didn’t just fly over it quickly, we crossed it slowly and then I… had my second chance at March 28, 2010. I had two full, twenty-four hour March 28ths this year.

On March 28th, first try, the highlight was watching The Godfather, Part I. You can imagine that the highlight of March 28th, second try, was going to be The Godfather, Part II, which I did watch, but the memorable part of that day was actually busting my head open and making my one and only trip to the boat hospital. It wasn’t a big deal, but I found it somehow appropriate that I got a little punishment for being totally unproductive twice… on the same day.

Thanks Amanda for the reminder!

Why You Need to Experience Moscow

25 thoughts on “Quirks of Travel Time”