There is something very appealing to me about couples that have managed to travel together for years and years, and Caz and Craig fall well within my bounds that appreciation which borders right up against jealousy.  The couples also tend to have great answers to my Lucky 13 questions — like Dave and Deb, or Ally and Jon, or Akila and Patrick — and these two Aussies continue that great tradition as well.

Caz and Craig are lifelong travelers that have been married for eight years.  They have traveled together through more than 35 countries on a variety of continents and not have another bundle to bring along with them on the road, their incredibly cute almost-three year old daughter, Kalyra.

In their words, they “want to be a source of inspiration and encouragement to others so they can see the beauty they hold within them and the beauty that life can offer them.”  They have been so for me.

So go check out their very extensive blog, yTravelBlog and follow them on Twitter, and in the meantime, enjoy their answers to the Lucky 13:

1. Plant or animal you want to see, but have not ever seen so far?

Caz: A jaguar would be awesome to come across in the South American jungle. I think I could almost say I’d seen and done it all then.

Craig: I would love to see the wildebeast migration on the Serengeti in Tanzania and when they try to cross over the croc infested river into the Massai Mara side in Kenya. That would be nature at it’s best!

2. Who is your favorite pleasantly plump person? 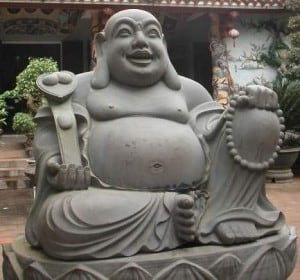 but happy and wise

Can we both nominate each other? With the way our waistlines are spreading lately we’re not far off it!! LOL

Caz: Oprah Winfrey. She is very open about her weight issues, yet never lets that get in her way of doing great things. I love her passion for life and how she chooses to share so much with others. She inspires me to grow a big enough platform to be able to help others on a massive scale- without weighing in massive on a scale.

3. Travel book that you most wish you’d have “lived through?”

Caz: The Beach. I first read that as I was driving around Europe in a campervan with 4 girlfriends. I absolutely loved the adventure and the idea of finding your only little piece of heaven that no one else was privy too. That story really lit a fire in me to go to Thailand and when I did a year and a half later, I found myself somewhat living through the story of the beach. I did find my own little piece of paradise while there, and had adventures with a group of people whose characters were very similar to some in the book.

Craig: “The Jungle” by Yossi Ghinsberg. This dude was lost in the Amazon jungle for three weeks. Ok, maybe not the being lost bit by himself and being attacked by fire ants and every other living creature imaginable, but the adventure was amazing. And the life lessons he learned were incredible.

4. What is your favorite article of clothing?

Caz: My sarong for its multiple uses. It is light and cool to wear either as a dress, wrap-around, or skirt. I use it as a towel at the beach,. I can carry things in it and I have also used it as a shade before when it was scorching hot and no trees or umbrellas around.

5. First book you can remember reading that moved you? 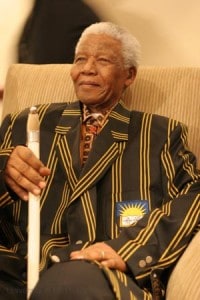 Courage to wear that blazer? 😉

Caz: ‘The Power of One,’ by Bryce Courtney. It is my favourite story and I have read it about 6 times and am due for another. The first time I read it I cried from the beginning to the end. Actually, I still do. It is an inspiring story of friendships, overcoming obstacles and self-discovery.

Craig: “Long Walk to Freedom” by Nelson Mandela. What an incredible story of forgiveness and courage. That guy is a living legend! I still get the shits if someone takes away food off my dinner plate, and they took 20 plus years of his life, wow!

6. Three things you wouldn’t want to travel without, aside from the bare basics like passport and credit card.

Caz: My family, i.e Craig and Kalyra, my journal, and my camera. All of these help me make the memories and then record them.

Craig: An open mind, my camera because I love taking pics, and my best friend’s Caz and kalyra.

7. What is the superpower that you most want?

Caz: The ability to use hindsight as foresight, then I would have no regrets, and I would be swinging on a hammock on a beach in Thailand, full-time with my millions working for me.

8. What is your favorite continent and why?

If I answer with one continent can Craig do the other? Because these two continents are hard to pick a clear winner from.

Caz: South East Asia- I love the laid-back lifestyle of South East Asia. The food is great, the prices are cheap, the shopping is awesome, the beaches are spectacular, the weather is hot, the culture exotic, the people are happy and friendly, there are jungles to explore and mountains to climb, and cheap beer and whiskey buckets to be had swinging in a hammock at the end of a busy day whilst watching the sunset. Love Love Love

Craig: Ditto what Caz said on SE Asia. But also Africa. I love seeing the animals in their natural habitat, I love camping out under the bright stary nights listening to the roars of the animals, and I love the adventure of over-landing in Africa. There is no place like it. Africa gets under your skin.

Caz: Gangsta rap about mothers and gang rape and ghetto shoot-ups. (Interviewer note — I am buying drinks for the Caz and Cailin Tweet-up.) 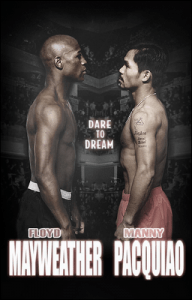 Craig: Manny Pacquiao and Floyd Mayweather Junior. Two current living legends of boxing going at it with their skill and athleticism would be awesome. And it’s gotta be in Vegas – love that place! But I don’t think it will ever happen…

11. What is the most romantic thing you have done for each other (so at least 2 answers on this one)?

Caz: After spending time doing nothing on the islands of Thailand except swimming, eating, drinking, reading Anthony Keides autobiography and listening to and loving the Red Hot Chili Peppers, I hunted down on ebay dance floor tickets for Craig (and I) to the Chili Peppers concert in Brisbane, that was on the night of our 5 year wedding anniversary, just after we returned from our 5 year honeymoon.

Craig: Well, how about proposing to my wife on a sunset walk along Coolangatta beach on the Gold Coast in Australia, followed by a few cold beers at the pub, and then a nice big seafood platter. We’re pretty simple us Aussie blokes…

12. What is your favorite single food dish?

13. Person you would most want to have a drink with? 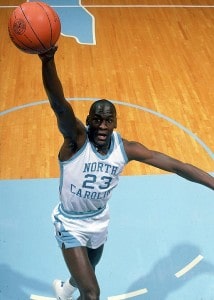 Caz: Jesus- because he can turn water into wine. Seriously, who wouldn’t want to have a drink with someone who can do that? If you give him enough tequila, he may just spill his secrets. Besides, I think he’d be really cool to talk to. He was a renegade, who challenged society. (I’d like to ask him his thoughts on how religion butchered his image and his simple message of just being kind to one another.)

Craig: Michael Jordan. I’m a sports nut, a HUGE Carolina fan, and he was the greatest ever! Nuff said…

p.s. Caz and Craig also recently wrote a great guide to travel blogging that you should check out, if you are out there writing like we are.

40 thoughts on “Interview with Caz and Craig of yTravelBlog: Lucky 13 Questions”