The Banff Squirrel came to my attention via Twitter and Thursday’s travel talk with the #TNI hashtag. He has more followers than me. According to all ranking systems, he is more influential than me. He’s often times funnier than me. And all the women love him.

You should be able to tell that I’m not much of a fan.

In his defense, he does do a heck of a job promoting the Banff and Lake Louise area of the world. I assume he’s price undercut the human competition for that PR job, because it must be pretty much heaven to live and work everyday promoting that incredible place in the world. How the hell did a squirrel get that gig?

Bottom line, I am going to Lake Louise this June and figure all my kissing up on this intro is going to get me a free beer or something.

Seriously, go check out his wonderful Banff/Lake Louise website and follow him on Twitter. He is one of my favorite tweeps out there and you will get nothing but happiness and smiles from being one of his many minions, of which I am proud to be.  And in the meantime, enjoy his incredibly witty answers to the Lucky 13:

1 – what is the perfect animal companion/spouse for a popular squirrel with an attitude? 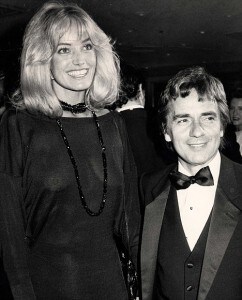 I could live with that also

Traveling long distances is a bit of a challenge for a Squirrel, so I tend to cozy up to animals that are a bit more mobile. Banff’s local Elk are a charming bunch, but they travel in herds and I prefer independent travel.  Ideally, I think I’d like to bond with a Moose and become the Susan Anton/Dudley Moore of the forest set.

2 – festival or sporting event you most want to attend?

Between the Banff Mountain Film Fest, the Dragonboat Fest (thumbnail photo above), the Bike Fest, the Lake Louise Ice Magic Fest, fantastic concerts at the Banff Centre and the Calgary Stampede just down the road, I get my fair share of festivities without ever leaving home.

If I were to venture further afield, the Rio Carnival looks like a great excuse to wear fancy costumes.

I’ve got a bit of a Squirrel-crush on Michael Palin and Douglas Adams. Not because of Monty Python

or Hitchhiker’s Guide to the Galaxy

, but for their themed travels.  Palin’s gone Pole to Pole

and Around the World in 80 Days

, and Adams set out to visit the world’s endangered species in “Last Chance to See

” (Stephen Fry did the TV version

).  They both inspired me to be more specific and creative about the purpose of my travels.

4 – your favorite movie of all time?

5 – person you would most like to hoist a pint with?

Most of my favorite pub nights involve meeting folks who have never been to the mountains before, or in some cases, haven’t even seen snow.  They help me to rediscover my home town and appreciate it in new and different ways.

The Train Station Announcement Dialect. Pronunciation varies from place to place but they all share a crackly mumbly fricative, like Marlon Brando eating potato chips. My second choice would be Australian.

7 – Person on Twitter you most look forward to finally meeting in person.

I’m a bit reluctant to meet tweeps as I’m not sure they’d live up to their avatars. I’d be terribly disappointed if @EpsteinTravels showed up in anything but a suit and fully expect @Marilyn_Res to be surrounded by a green aura.  What if @LandLopers doesn’t really travel with an entourage of turtles? Will I become a stuttering mess if @TravelBlggr is even more gorgeous in real life? Can @MobileLawyer: The Live Musical do justice to my favorite comic book?

Some questions are best left unanswered.

8 – Charity that all of us should be more informed about and hopefully involved with?

I’m a big advocate for preserving and protecting one of nature’s most awesome and overlooked resources: the night sky.  Light pollution obscures the night sky throughout most of North America and beyond, but it’s a form of pollution that can be quickly (and fairly easily) reduced – you can start with a simple flick of a switch.

On a clear night in Banff, I can see about 6,000 stars, but in most cities you’re lucky to see more than a handful.  Light pollution affects birds and other animals in ways we don’t yet fully understand.  It robs us of the canopy of constellations that inspired previous generations.  And it prevents kids from being able to wish upon a shooting star.

The International Dark Sky Association is working to reverse light pollution both by raising awareness and encouraging use of proper outdoor lighting like the kind we use here in Banff.

9 — give us a good embarrassing pet peeve of yours.

I loathe saucers, which in turn, causes me to dislike tablecloths. Absent a tablecloth, saucers serve no useful function and only add clinks and complications to the otherwise pleasant act of enjoying a cup of tea or coffee. Like neckties, saucers are a decorative nuisance that fail the simple test: why?

10 – What is the thing you fear most about old age?

Being dismissed as a grumpy old Squirrel and not recognized as a lifelong curmudgeon. 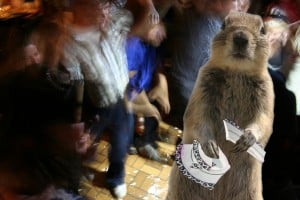 caught in the saucer smashing act

11 – Location of the last place that you skinny dipped?

For obvious reasons, I’m a bit of a naturist.  The rope swing at Johnson Lake figured heavily in my most recent au naturel adventure and I’ve got the rope burns to prove it. While I can’t encourage nudity in the National Park, if a swimsuit falls in the forest and no one is there to ogle it…

12 – Three things you would never want to travel without, aside from the basics like passport and credit card.

I’m tempted to say my iPhone, with its seemingly endless suite of travel apps. But over time, I’ve found that it erodes my own internal compass and overrides my sense of wonder. The iPhone tells me where I am and what’s around me, rather than letting me discover it for myself or engage a helpful local. Paper maps, offering far less information, feel more like treasure maps full of intrigue and surprises.

So for me, the three things I never travel without are a printed map, a camera and a smile.

13 – Who is your favorite writer, past or present?

There are a lot of really great travel writers, both in print and on blogs, and I’m discovering more of them each day.  If you haven’t got time to read them all, just read Robert Frost

’s “The Road Not Taken” – it pretty much summarizes all the other good ones.

29 thoughts on “Interview with the Banff Squirrel: Lucky 13 Questions”