A quick aside about the U.K., a country I like quite a lot.

The juxtaposition of the original British place names versus their American equivalents fascinates me.

Camden was the hometown of my former boss, Senator David Pryor, down in South Arkansas and it bears absolutely no resemblance to the Camden in London, though I wonder if there would have been any parallels back when Camden, Arkansas was originally established.

Greenwich Village in NYC and Greenwich, south of the Thames River in London and home to Greenwich Mean Time is yet another famous linkage. Chelsea in London, now perhaps most famous for the crap “reality” TV show Made in Chelsea versus its less famous cousin outside Boston, the smallest town in Massachusetts in land size. And so on and so forth.

In any case, Camden is a neighborhood in London that is well worth a wander. Its most famous recent resident was Amy Winehouse and after walking around there a few times, I have little doubt she would fit right now.

Camden is quirky, interesting, and odd. And I like it. 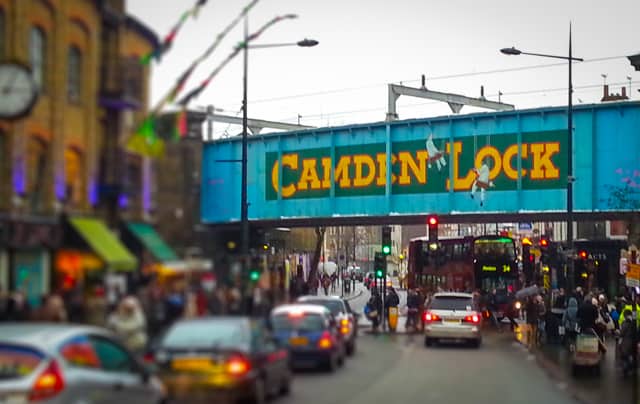 Before establishing its modern identity as a center of entertainment, music, shopping and markets, Camden was an important location during the early development of the railways and the London canal network. 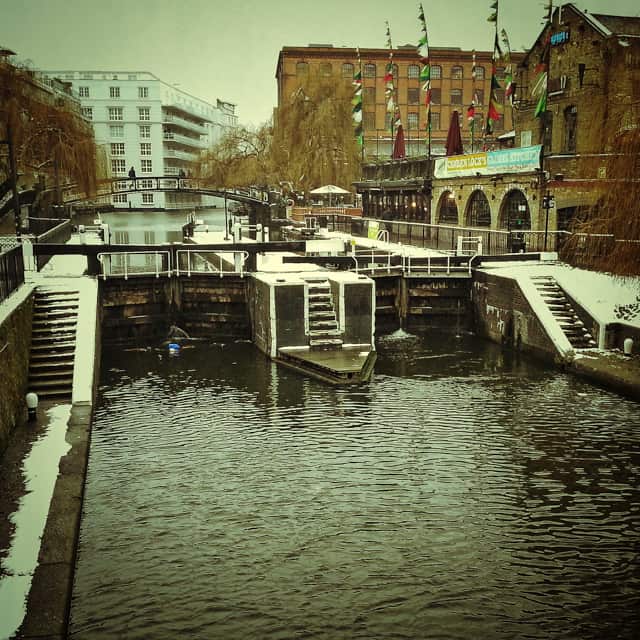 Today it is mostly known for its markets, but its various denizens are worth observing also. Both times I have been here have been during the winter and too cold for sitting outside at a cafe and people watching…

But I will be back in warmer times. With a cigar. And a beer. 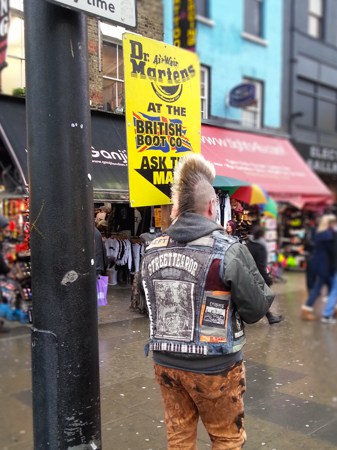 My very good friend, Ayngelina of Bacon is Magic, wrote a post about the apartment we split in Camden a few months ago and claimed that the Camden Market draws a half million visitors a year and is the 4th most popular tourist attraction in London.

I have no reason to doubt her, but that doesn’t seem possible, does it?

While I was there for the WTM travel conference and  the apartment rental company Wimdu put us up in a really nice London apartment for about a week. It was exactly what I needed for that frantic week of meetings, events, and running around town. 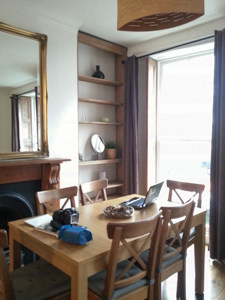 It was a two-story, two-bedroom place right on one of the main streets and not far from two train stops. One of the best features of staying in an apartment is the ability to just spread out your stuff and not worry about anyone taking anything or you losing stuff. And being able to plug things into the wall and recharge them and leave them out is right in line with that also.

Plus, a kitchen. I need to get back to doing some cooking, not just for my wallet, but for my sanity. I miss cooking.

15 thoughts on “Chilling in Camden”