I simply love the U.K. And just to be sure that I don’t offend my many friends from nearby, let me also say – I love Ireland as well. The set of islands in this area (and I hope to do some of the smaller ones, like the Channel Islands and Isle of Man, later this year) are places I could imagine living for a a few months. I may even look for a vacation home through propertywide.co.uk. 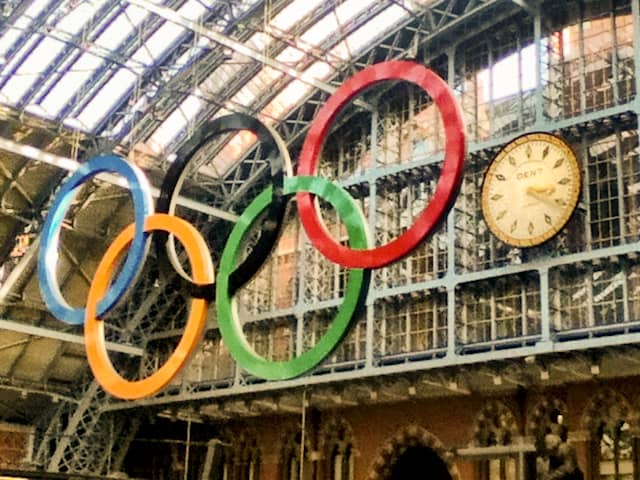 anyone got Olympic tickets for me?

There aren’t too many places that I can say that about. I think I could manage a few months in Cape Town or Istanbul or Budapest or Siem Reap. I’ve wandered around Colombia a good bit and have managed some extended time in some cities and towns there. There are about a dozen places off the top of my head that I think I could manage six or so months in. I even wrote how I felt immediately at home when I saw Isak Dinesen’s home.

As soon as I got off the plane from Israel and walked outside the Gatwick terminal, I felt at home. It might have been the giddiness after seeing someone get a romantic marriage proposal on Easy Jet, but regardless, I had that feeling of complete ease that one only normally gets from arriving at a place they have been to dozens of times and know like the back of your hand. But that isn’t the case for me here.

I think I’ve only been to London one other time in my adult life (my family lived here for six months when I was a wee little infant) and on that one other time, I had the emotionally scarring experience of having to go see and Andrew Lloyd Webber musical.

I hate Andrew Lloyd Webber with the passion of the Sun. 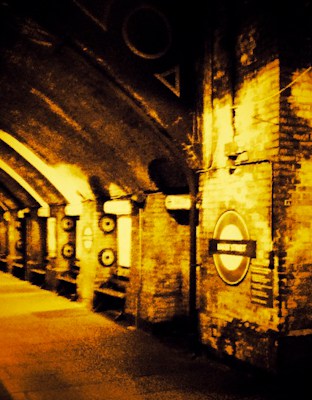 So, it can’t be my easy familiarity with this place that guides my positive feelings about it. Nor do I think it is entirely the fact that English is spoken here.

Though let’s be clear. English isn’t universally spoken here. At least English as anyone that really speaks the language would recognize.

When I was in Africa, there was a really great couple on one of my safaris, he from Scotland and she from London. We got around to the topic of dialects in English and he said there were people that lived in villages no more than 20-30 miles away in Scotland that he simply could not understand.

Not only is that true, after talking to a lot of Brits, but it simply amazes me. The US is far, far, far more geographically vast than the UK, but I cannot imagine going anywhere in the States and not being able to very easily comprehend what someone else is saying quite easily.

In any case, to get back on track, I’m not entirely sure why I feel so comfortable here. The architecture of the buildings just seems right. The pubs all seem like places I could regularly drink in. The people walking the streets have the right combination of funky, business, friendly and grumpy to my eye. The sights are things I grew up with in television and movies. The UK is one of the few places which is somewhat covered in the news back in the States, so I have a small basis of commonality there. I am a history buff and have studied a good bit of British history, so I feel that kinship. Even the music is something that feels right to me.

Whatever the reason, and no doubt it is largely because I grew up in a roughly similar country, the UK and Ireland just feel right to me. They are comfortable. They feel like home.

Perhaps they will be at some point in my life.

While I was there, I had the wonderful opportunity, via Hostelbookers and their London connections, to stay at Palmer Lodge. And I loved it.

There were a few reasons this particular place suited me and a bit one is something you can see in the last picture. Their dorm beds are the most solidly constructed I have ever experienced. There is absolutely no creaking or shifting of the beds when someone climbs into the bunk above you, which is something I wish more hostels would consider.

Then again, perhaps hostels should just hire me to consult with them on how to run their business… or at least read the Hostel Owner’s Guide. 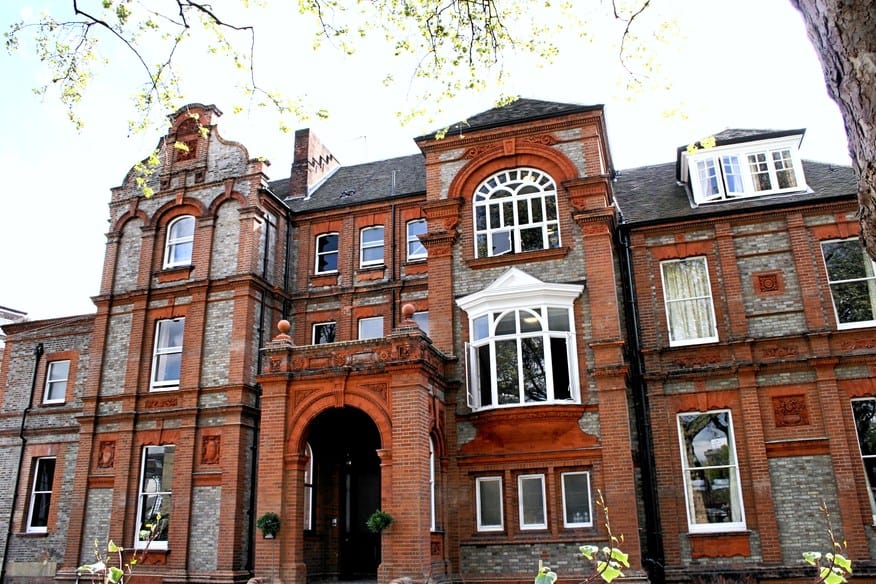 The other thing the dorm beds have — not to fixate entirely on the beds, but I really, really liked these beds and have never seen anything quite like them — is curtains, so you get some sense of privacy in the room. Additionally, there was a light inside each of the “bed rooms” and also a plug, so you could charge up your electronics behind the curtains. 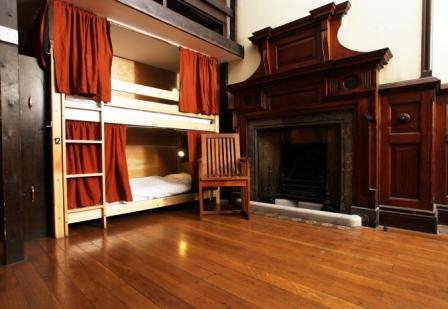 To hit on a few points other than the beds — the breakfast is wonderful. There is a nice little bar right on site. The staff was extraordinarily friendly (I arrived at about midnight and there was some error with my reservation, likely my fault, and hardly a bed in the inn, but the guy up front somehow found me a bed for the night).

The only downside from my point of view was the wifi. Palmer House is pretty large and the community room ended up looking like there were 20-25 of me in there every afternoon, with everyone sitting on laptops.

Speaking of which, I am the worst offender in the world on that score, but laptops really take away every single ounce of social contact in a common room like that.

That being said, a lot of people online means occasionally you get some slow internet. Would be a good idea if they added some router bandwidth, but if that is the only thing wrong with a place, just don’t be like me and… get up and get out of the hostel and check out the sights.

God, I need to get back to more travel and less work.

15 thoughts on “My Comfortable Country”