Skip to content
Home » Blog » Up, Up and Away: Israeli Security and Easy Jet Adventures

As most of you know by now, I don’t fly very often, especially for someone that travels over ten months annually. Ground travel is my preference, but sometimes one has no other choice but to take to the airways. 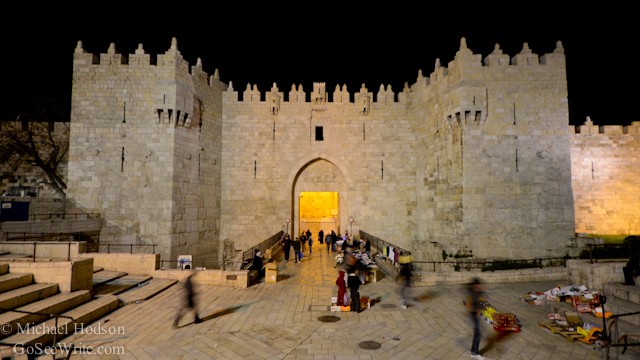 Last month, I needed to get from Jerusalem to Berlin for ITB, which is the biggest travel conference in the world. My problem in getting there overland was two fold: (1) I only had ten days or so to get there, since as usual I procrastinated and (2) going through Syria wasn’t an option, since I just got an Israeli visa stamp. Plus, travel in Syria right now is obviously not recommended.

I’d looked into getting to Europe from the Middle East by sea when I came through this area in 2009 on my round-the-world trip and it isn’t easy. I believe there is an occasional ferry that goes from Israel to Cyprus, where I could then take another boat to Turkey, then overland to Berlin. There also might be a ferry that goes occasionally from Egypt to Italy, but I’ve never gotten solid info on it before.

Bottom line was that I was going to have to get on an airplane, so I sucked up and booked my first flight on Easy Jet, which for my American readers is basically Jet Blue for Europe. The cheapest flight was from Tel Aviv to London (though not the hell that is Heathrow Airport), so I had the added bonus of being able to catch up with some good travel bloggers there for a few days, before I took the train over to Berlin.

Getting into Israel at the border with Jordan was slightly time consuming, but it didn’t hold a candle to the examination I got leaving at the Tel Aviv airport. It is recommended that you get to the airport a full three hours before your flight, in order to deal with the possible delays due to security checks. I followed that advice.

I needed almost every minute of those three hours.

It started when the person checking passports in the line to the metal detector opened mine, saw how many stamps I had, and pulled me aside for a few friendly questions. I had the chance to answer each of these questions about a half-dozen times from four different inquisitors over the next two hours.

“Why have you never been to Israel before?” “You have been to Syria and Lebanon and Sudan, but why not Israel?” “Who do you know that lives in Jordan?” “Did you talk to any local people in Syria or Sudan?” “Did you ever eat in someone’s home in Sudan or Syria?” “What were you doing in Jerusalem?” “How can you afford to travel this much?” “You have a website — what is the address, we need to look at it.”

Though it all, they were polite and respectful — though I am not sure they believed that I managed to afford to travel constantly based on my website. I’m not sure they were fans after checking my site out. Perhaps an indication I need to make some improvements.

I doubt that I got any new subscribers to my newsletter from this crowd.

They searched my luggage three times. I got a personal run through a metal detector in a different room than everyone else. I had to show them the photos stored on my camera. They took my hard drives to take a look at them; then they came back with them after an hour and asked me to show them my pictures on my computer instead. Apparently, the Israeli security computers run on Windows and not Mac software.

Damn it, now I bet I am going to be flagged for a body cavity search next time I go back for revealing Israeli internal secrets. 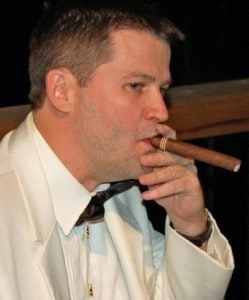 I wish I’d been wearing this. “Bond, James Bond. Let me pass. I have a meeting with “M.”

Well, I will be going back. I really enjoyed Jerusalem and want to see a lot more of Israel. I completely understand their security concerns there and as I said, they  were being respectful and doing their jobs professionally. Perhaps doing it a little overly diligently, but then again, maybe I look like a terrorist. I was just happy they let me keep my cigar cutter, after they opened up my travel humidor and found it in there.

That was not the end of my interesting airplane travel day. Hell, at this point, I hadn’t even gotten on the flight yet.

Easy Jet doesn’t have assigned seats. Unlike Southwest Air, who at least divides people out into three or four boarding groups, depending on when you arrive and get your group boarding card, there is no order at all in boarding.

There are two things off the top of my head that most aptly show the inherent poor behavior of people: children between the ages of about 4 and 8 playing with each other (don’t buy the garbage that kids are inherently good and only become “evil” from learning from adults, it is the exact opposite) and people faced with lining up for something where there aren’t any rules.

I’m not sure which of those two groups needs discipline and direction more, but chaos is more the norm than the exception.

Once on the plane, I settled into my spacious 14 inch by 14 inch seat that did not recline to enjoy the six hour flight. I was contemplating between the 3 Euro bag of peanuts and the 6 Euro glass of crappy red wine a couple hours later when I heard someone come onto the airplane’s intercom system in a very heavily accented voice. I looked up and saw that a passenger had the microphone in the front of the plane while the flight attendents looked on.

Sidenote: never say “stewardess.” Apparently that is akin to using the N-word for flight attendents for some reason. I went out on a few dates with one a while back and on the third date accidentally used the S-word.

There was no fourth date.

So this guy was on the microphone and said something like, “My English is very bad, so I very sorry, but talk this in French” and then proceeded to babble away for a few minutes. It quickly became apparent he was proposing to his girlfriend sitting in row 14, because people were standing around her snapping pictures of her with their cell phone and then applauding.

All I could think to myself was…. he just proposed to her on an Easy Jet flight.

In my mind I fast forwarded twenty years in the future, when this woman’s daughter was asking her mother about the magical day her father proposed:

“So he proposed on an airplane? How romantic. Which airline?

“Yes dear, they went out of business long ago.”

“Well that doesn’t matter, was it romantic? Did he buy you a first class ticket and have them bring you champagne with the ring in the glass?”

“Well…. no. I was crammed into a row with a couple other people I didn’t know. There wasn’t any first class with Easy Jet. Or champagne. But I did get a ham sandwich and a Beck’s beer afterwards.”

“Awwwww, no wonder you divorced him.”

Seriously… Easy Jet? It makes the idiots that propose at sporting events look like the most romantic people on the planet.

About an hour after that the guy next to me started hitting the attendant call button semi-furiously. I was deep into some bit of garbage TV on my computer (after promising myself I was going to read a good book on the plane, of course) and wasn’t paying attention. But I caught the action out of the corner of my eye and looked over and… his wife was totally passed on on top of him.

The flight attendants assembled to offer their insights. “Should she lie down?” “How about some water?” “Did she eat any of the horrible food we were selling?”

OK, perhaps not the last.

In any case, I went ahead and got up out of my seat and offered her my little blow up pillow, so she could lie down on the whole row of seats and have something to keep her head up. I went back to the back of the plane and stood there for an hour or so, waiting for her to feel better.

To think that people are amazed when I say that I prefer overland travel…..

Jerusalem, the Most Historical City in the World?

Making Your Mouth Water from Jerusalem

37 thoughts on “Up, Up and Away: Israeli Security and Easy Jet Adventures”