OK, earlier I referenced how much I hate Andrew Lloyd Webber and some people emailed me and wanted the story. Here is my brief explanation.

I have seen a number of his musicals over the years. Some live shows (on Broadway, at the Kennedy Center and in touring productions), some of the movie versions of his productions. I’ve disliked them all. Been bored stiff every time by his stuff.

It is someone peculiar for me because I have seen musicals that I like. Loved a comedic musical with Greg Brady, of all people, as the lead in D.C. once. I also absolutely love the opera, so its not as if I dislike the whole ‘singing on stage’ thing.

But I just have not liked a single one of Andrew Lloyd Webber’s musicals.  None.

The absolute nail in the coffin for me was when my father, my brother, and some other people, including one of my best friends in the world, Doug Muzzy and I went to Scotland about 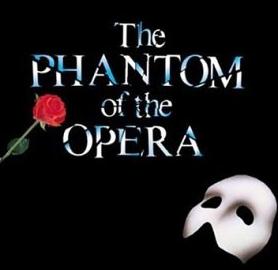 10 years ago to play golf for a week or so. At the end of that trip, my father, Doug, Doug’s father, and I went to London for a couple extra days to play a few more rounds down there. Doug and his father are big musical fans and his dad bought four tickets to see ‘Phantom of the Opera.’

‘Phantom of the Opera.’ On the stage it was originally performed. Not the entire original cast, but a good portion of them. You would figure this set up for an excellent evening’s entertainment. Being in London. World famous show. Company of family and friends…

Although my dislike for all things Webber had been established by then (and Doug was quite amused, knowing this about me, that his father had gotten tickets for all of us), I steeled myself to approach it with an open mind. We put on the best clothes that we’d brought for the trip, got into a taxi and went off to the theater.

As the cab pulled up to drop us off — to the right, the marquee on the right had the big sign for ‘Phantom of the Opera’ — and at 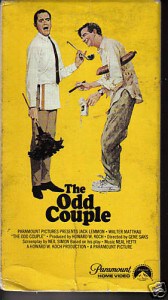 the theater immediately across the street.

Its hard to explain how annoyed I was. When would you ever get a chance to see those two in that play? Turns out. . . not much. They were both dead about 2-3 years later.

Head hung low, I went in to ‘Phantom of the Opera.’ And hated it. Like all Andrew Lloyd Weber productions, the actual production part of it was incredible. Beautiful staging. When the Phantom was rowing through the misty subterranean river? Gorgeous. But its the same damn song over and over and over — “Phantommmm of the Operaaaa.”

Arrrrggggg. Matthau and Lemmon right across the street. Damn it.

The only thing that almost remedied the night out was the London holiday rental that my Dad had set up. Amazingly nice place. Wish it had come with a bottle of wine. I needed to drown my sorrows.

4 thoughts on “Why I Hate Andrew Lloyd Webber”