On the corner of my street in Cuenca, there’s a family of four who sit on the kerb each day. They’re entertainers, looking for small change; father and mother juggle for the cars that are stopped, momentarily, by the traffic lights, while the two children, little more than babies, play with their toys in the shade.

Every morning, I wave hello to the dad on my way back from work as he stands between the cars, his children perilously close to the road; and every morning, I feel I should probably engage them in more of a conversation. But it’s yet to happen.

For the last five months, I’ve been living in Cuenca, Ecuador, in a six floor apartment building owned by my host family. I volunteer as an English teacher at a local high school in the morning, and at a daycare centre in the afternoons. As a city girl, growing up in the constant frenzy of central London, I absolutely adore the compactness of Cuenca: the commonly-heard phrase that “you can get to anywhere in twenty minutes”; the fact that I can work to and from my placements each day, and watch a myriad of typical Ecuadorian happenings as I go. The indigenous women with babies strapped to their backs, the parents snoring open-mouthed in their parked cars, the local markets and the jaw-dropping graffiti that covers huge parts of the city.

Its size is useful, too, because in Cuenca it’s virtually sacrilegious to miss lunch with the family at home – the most important meal of the day, and the time when everyone’s news is shared amongst my host parents and two host brothers.

And the hour when I begrudgingly practice my struggling Spanish.

What I’m doing in South America

I’ve been travelling on and off since I left school in 2007; through a gap year, four years of uni and two years after it. The last two years in particular have been more ‘on’ than ‘off’ – spending six months in Asia, another six months flitting around Europe and now almost half a year in South America.

And as I’ve moved from country to country, I’ve realised the style of travel I enjoy most. Zooming through Europe’s biggest cities on a month of Inter-Railing is fun, sure, but I could barely catch my breath. and when I found a small town that wasn’t in the guidebook, I loved it so much that the days would melt into weeks and I still wouldn’t leave. 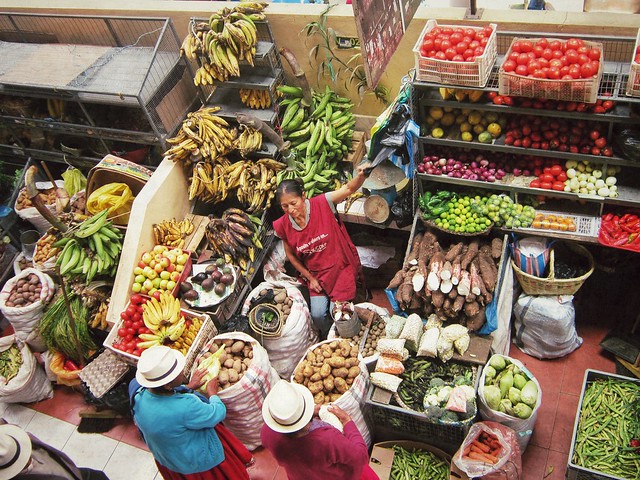 I like to travel slowly, almost at a level which ends up not even resembling travel at all. Spending a minimum of a month or two in one place lets me build up a rapport with my surroundings in a way that a three day visit can never achieve.

Moreover, I’ve started committing more and more time to volunteering in the countries I visit, discovering that I gain a unique perspective of these places and people who live there that I prefer infinitely more than simply being a tourist.

I’ve been tempted by the South American continent for years, and I’ve always known that when I finally got here it’d be for a rather long time. Quite apart from being in love with the romanticised notion of immersing myself so much in the Spanish speaking culture that I’ll eventually become fluent purely by osmosis (laugh if you want, but it’s happening!), there’s something about this part of the world that fascinates me.

When I found a six month volunteer project in Ecuador, I decided it’d be a perfect place to begin my explorations of the continent – to study Spanish, learn how to handle the people, the culture, the weather, and even get to grips with the constant discussion of how dangerous everyone thinks South America to be. And my time here has given ample provision for planning the rest of my journey – in particular finding small, grassroots volunteer projects I’m hugely excited to start working on.

But apart from anything, it’s introduced me to Ecuador, properly, as if I was a resident. I’ve learned the rules for riding the bus (if you don’t have 25 cents change, you wait at the door asking every new passenger for their money until you can pay); I’ve become used to things running perpetually late, a typical Latin American trait; and I’ve walked the city as the sun drops and the streetlights flicker on, as music echoes from tiny plazas, as barefoot men spin fire and ask for spare change on the various bridges that cross the Tomebamba river. Cuenca becomes something of a carnival at night. 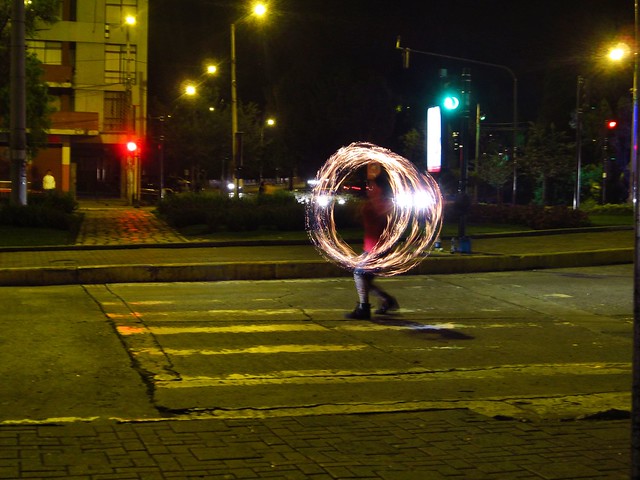 It’s these kinds of observations that make Cuenca real for me – and they also lend themselves well to the type of articles I’ll be writing here at Go, See, Write.

Travelling, for me, is picking up on the little things; the details and the differences that make up an experience and tell a story. Establishing any number of little routines – whether they’re waving to a street performer, making friends with the students I teach at school, or spending whole taxi journeys conversing in Spanish – make me feel like I’ve become thoroughly absorbed into the daily life of the place I’m living in.

Next month, I’m finally leaving Ecuador and heading north into Colombia, for Spanish classes, a few local festivals and some drop in volunteer work. I hope there’ll be plenty to observe and write about, not to mention a new country of people to get to know, work with and learn from.

It’s also hugely exciting to know I can share these stories with a new audience, on a new platform – so a big thanks to Michael for providing me with the opportunity. I can’t wait to introduce you to South America from my perspective!

Flora is a writer and travel blogger who chronicles her adventures at Flora The Explorer. A traveling storyteller with a self penned obsession for the weirdnesses of the world, she spends her time collecting tall tales, small souvenirs and a delightful array of crazy adventures.

South America: 6 Things to know before you go

13 thoughts on “What’s it like to live in Ecuador? By @florabaker”