I’m not a big city fan much at all. There are some limited exceptions. I really loved my time basing out of London some last year and this year and hope that might a base again in the future. Cape Town is another big city I really love. As is Istanbul. Berlin is likely to be my base when I get back to Europe in a few months. But the list of larger cities that I really enjoy is a short one.

I was in Toronto recently for a travel blogging conference called TBEX. More importantly, I was there because the blogging group I am part of, Navigate Media Group, was hosting our second BlogHouse, which is a three day, hands-on blog training camp. The more experienced bloggers of our group hosted a dozen less experienced bloggers in our wonderful castle graciously provided by FlipKey and opened up the computers and taught them anything they wanted to know about travel blogging.

The 12 bloggers that we hosted were Megan from Meganotravels, Emma from An Opportune Moment, Lindsay from The Traveluster, Cindy from Points and Travel, Noah from Somewhere or Bust, Alouise from Traveler Ahoy, Melissa from Suitcase and Heels, Kay from The Kay Days, Stephanie from A Nerd At Large, Alana from Paper Planes, Keryn from Walking on Travels, and Mara from The Mother of all Trips.

It was a fantastic group — a bit too large for me to really get to know each of them as well as I would have liked, but a really impressive group of bloggers looking to take their blogs to the next level. 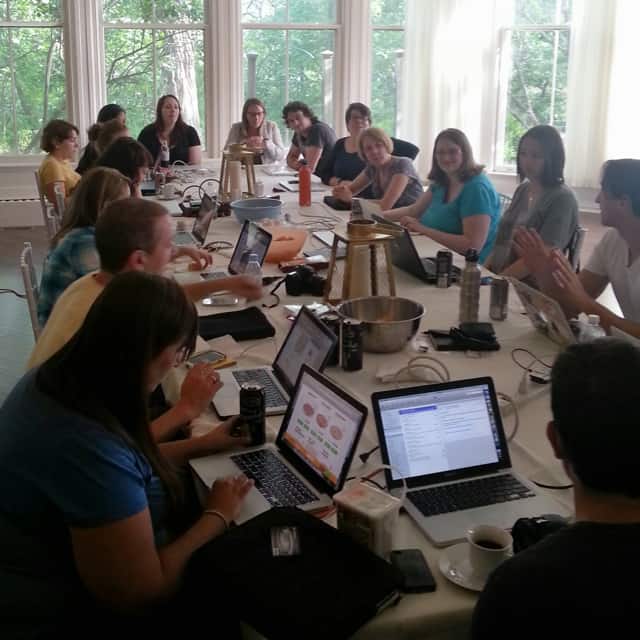 The thing that I enjoy most about the whole BlogHouse experience is the reinvigorating effect on my work psyche. Travel blogging is a very new profession, so much so that my meager five years in it makes me one of the veterans. But although it is relatively new, there is no shortage of annoying, childish and unproductive infighting and bickering amongst its practitioners.

But these newer bloggers weren’t tainted by any of that. They came here, just as they did in the one we hosted last fall in Girona, with wide eyes and open hearts, just ready to learn.

I would like to do 3-4 of these a year, just to keep me focused on the good things that this profession is bringing to the world and to help me forget some of the things and people I need to put aside.

From the last BlogHouse, I ended up with an assistant and three contributing writers to this website. After this BlogHouse, it looks like I already have found another assistant for another project I am starting up and who knows what else will come of it. But regardless of any projects I will work on with these talented bloggers in the future, I learned a lot from spending three days with them and I am in their debt for them bringing a smile to my face and a bounce to my step. 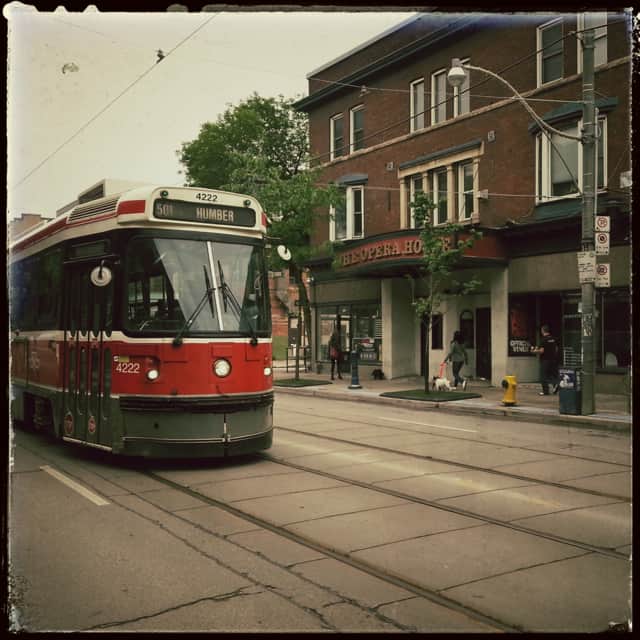 As to the Toronto, I left incredibly impressed. I ended up staying in Toronto an extra week after the blogging conference, staying in the apartment of my friend, Ayngelina of Bacon is Magic, who was down in Ecuador. The extra time allowed me to wander around a bit and get a better feel for the city.

I am prone to like cities with good public transportation systems and Toronto’s qualifies. The subway system is not overly extensive, but it is supported by streetcars (I love streetcars and trams, as you can actually see the city as you travel around, unlike a subway) and buses that make it everywhere you’d like to go. 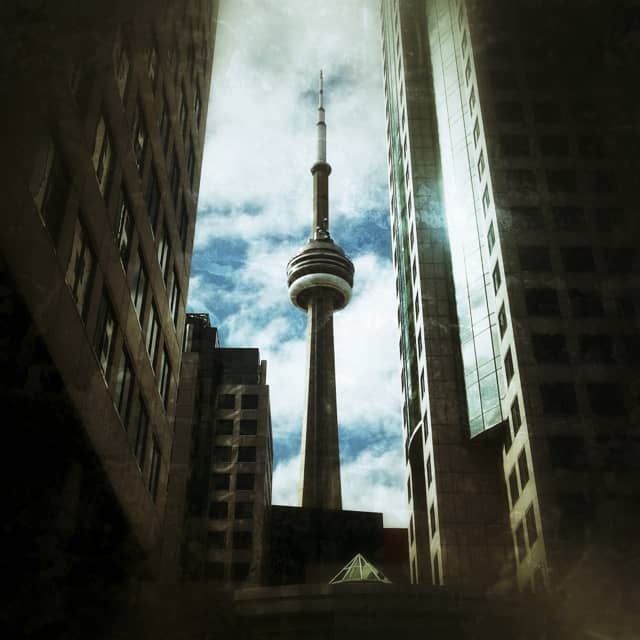 The iconic CN Tower in the Toronto skyline

It also has the feeling of a a series of small towns within a big city, another attribute that I like in a city. Ayngelina’s neighborhood was on the east side of town, but only a 15-20 minute streetcar ride right into downtown. Her neighborhood was great — 3-4 story buildings, cafes, bars, small shops. Exactly the kind of place I’d like to live.

And the downtown part of Toronto is not the type of downtown typical in the States, where everything is dead after 6 p.m. There are some great places to go out in the downtown area, for food, drinks and dancing, and we managed to have quite the time while we were there. 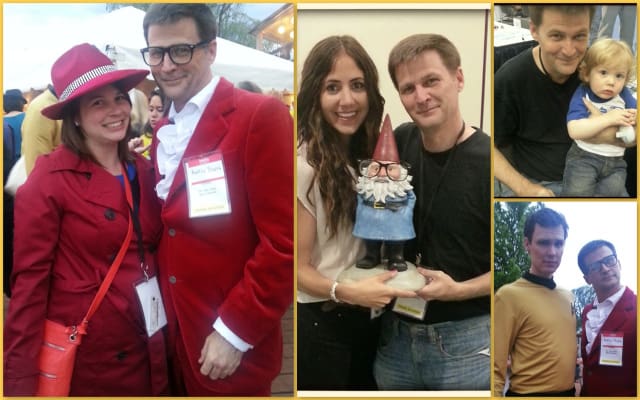 So, to briefly explain the above photo, there was a party Saturday night as part of the TBEX blogging conference in town. Unbeknownst to me until the day before, it was a theme party: “come as your favorite star.” I ran off to a costume shop in town the day of the event with my costume-picking helper and came up with Austin Powers as my designated look for the night.

I am hopeful that part of my costume is now touring the world. The middle photo is of me with Courtney Scott, the fabulous host of the Let’s Roam Travelocity video series and also the caretaker to the Roaming Gnome. Those glasses on his face are mine and I hear that there may be more pictures out there with them on him.

Ya gotta get famous somehow and that’s likely as close as I will ever get. 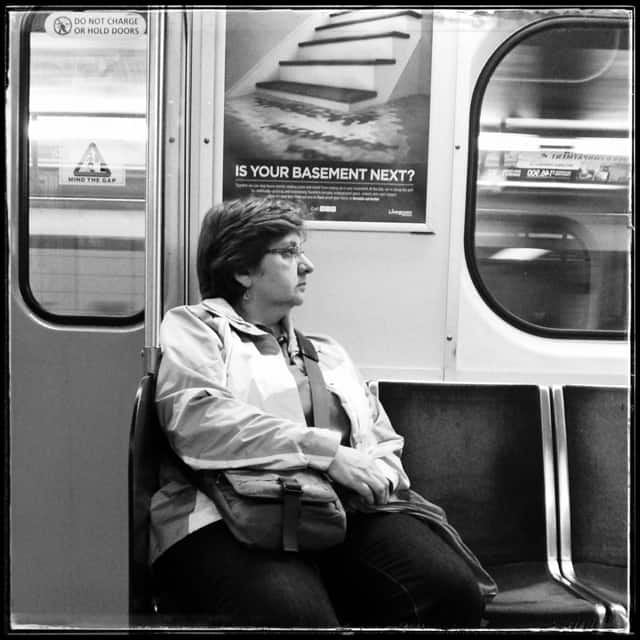 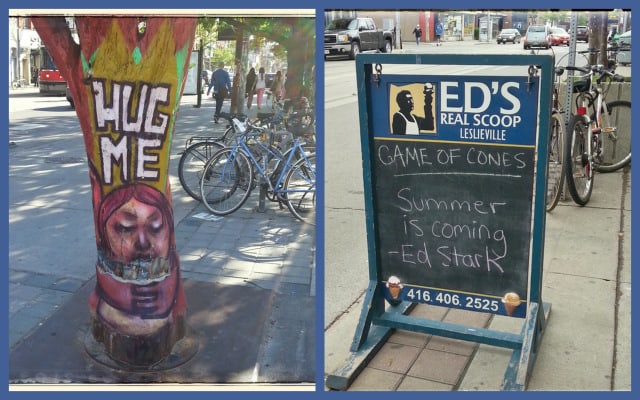 You have to love a city with a sense of humor… and who doesn’t just need a hug sometimes?

Additional thanks to FlightNetwork for being one of the sponsors for the BlogHouse.

TBEX 2011 Review (Part One): In Need of Some Professionalism and Basic Organization

Five Things To See And Do In Toronto Canada