This post would have been written from a hotel in Bangkok, but unfortunately it was completed back home in Sunny Singapore instead. I was supposed to head up with some friends to Bangkok over the weekend of 18-20 Jan for a quick shopping and food – but the Bangkok Shutdown protests had restarted with new fervor that week, with streets being closed off and traffic blocked, and the occasional news of drive-by shootings and violence; the afternoon before we flew off, news of a bombing injuring over 20 people emerged. 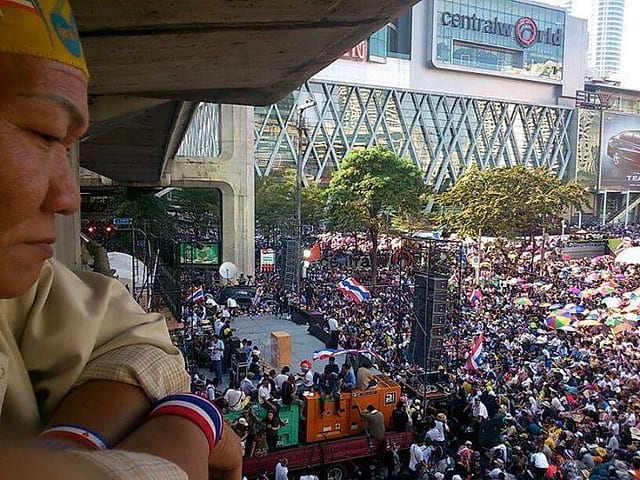 Look at the crowds gathered in front of Central Mall for Bangkok Shutdown! Image Source – Prachatai

That was what made us decide to postpone the trip to a later date – we were going to stay and intended to go to many of the areas which were prime protest areas, and we wanted to avoid the unpredictability and possible escalation as the 2 February election dates drew nearer. While the Thais were careful to ensure tourists did not get too embroiled in their politics, a grenade isn’t going to make that sort of distinction.You can read more about my dilemma here.

I was lucky that my airline and hotel were willing to push my dates with minimal penalty, but not everyone has that same flexibility with their trip to Thailand. Also, word from the ground is that while the protest sites and certain areas are potential danger hotspots filled with protestors, most of the city does remain unhindered by the fuss, with many learning quite quickly how to avoid the major areas. So I’m not letting my experience and research go to waste – I’ve been up to Bangkok a good 4-5 times in less tumultuous times, so for travelers headed up to Bangkok and looking for cheap, good and interesting shopping, here are some tips on shopping places out of these main protest areas: 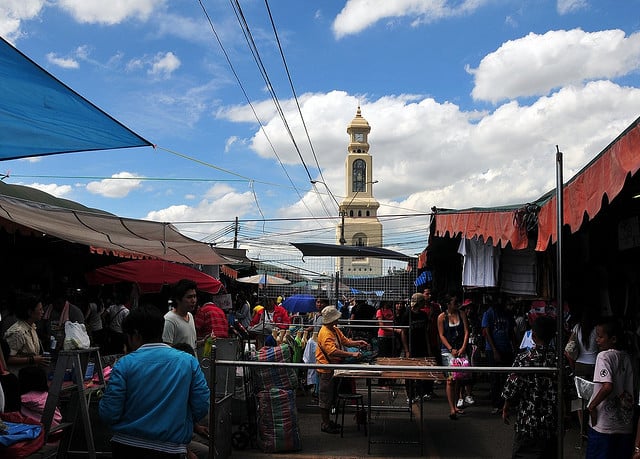 The old stalwart of cheap Bangkok shopping, this sprawling outdoor market Chaktuchak or JJ market has just about anything you can think of. It’s a veritable maze, so if you see something you like, don’t think about doubling back later because it’s unlikely you’ll be able to find it again! Take a map from any of the tourist booths to get a rough idea of the layout – the furniture section is pretty interesting, and the pet section will break your heart with its adorable selection of animals you wish you could bring home with you. Grab cheap drinks or snacks to stay fueled from the food section or the carts lined along the main road within the market.

It gets hot and crowded, so dress light, keep an eye on your wallet, and have a little patience and some bargaining gumption and you’ll come away tired and sweaty, but satisfied. My tip for those who want more trendy local fashion beyond the Chang beer singlets, head over to Section 3, listed in maps as the ‘plants and gardening section’ at the Kamphaeng Phet MRT station exit next to near toilet 6, which is actually a long stretch of cute little stores, a number of whom actually have branches in other popular malls.

Getting there: Take the MRT to Kamphaeng Phet station (nearest) or to Chaktuchak Park station, or the BTS skytrain to Mo Chit station. It’s a pretty well known place so cab drivers shouldn’t have any trouble getting there either. Note that Lad Phrao intersection in the Northern part of Chaktuchak is a designated Bangkok Shutdown protest area, but so far the market itself remains unaffected. The main market is ppen only on weekends 6am – 6pm.

For a cool night out 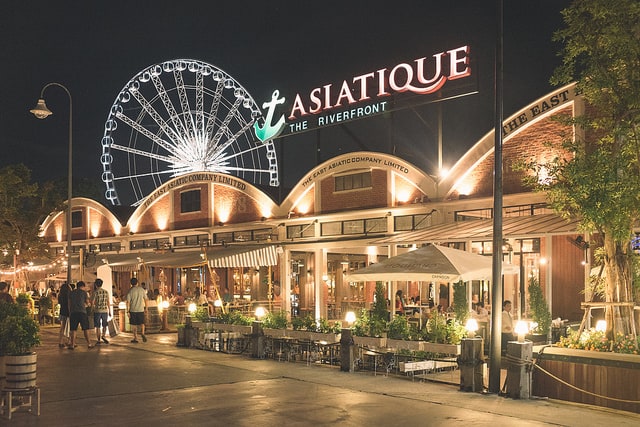 Asiatique is a large new night market located along the Chao Phraya river. Only open in 2012, it used to be an old factory and port area, and now houses over 1,500 shops in four districts from 5pm to midnight. There’s something for every budget here in Asiatique, whether you’re looking for the cheap souvenirs or higher-end local Thai designer wares. There are sit-down restaurants as well as an open food court, so come in the evening for an early dinner and spend the rest of your night wandering around the place.

If you’re tired of walking around all day, you could also check out two classic Thai shows – the Joe Louis Puppet Theatre features traditional Thai stories through puppetry, while the long-running Calypso Cabaret brings you fabulous transgender Thai artistes in a colorful song and dance show. Or enjoy the view from the Asiatique Sky ferris wheel, or just take a long stroll on the boardwalk by the riverside.

Getting there: Asiatique is located at Charoenkrung Road – road traffic there is a little hellish because there’s only one main thoroughfare leading to the place, and parking is another nightmare in itself. Another option is to take the Skytrain to Saphan Taksin and then take a free river ferry shuttle (runs from 5pm – 11pm). 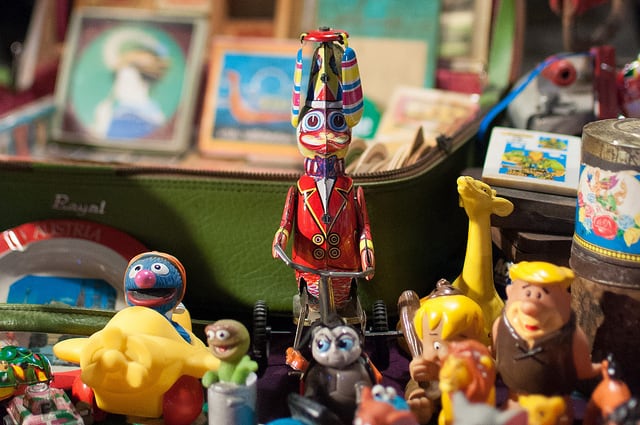 Not as big as either Chaktuchak or Asiatique, it makes up for its small size with its vintage theme, with many stores decked out with nostalgic memorabilia. Not everything is vintage, but stuff in general is less mass-produced than the stuff you’ll get in the other markets, and remains cheap and affordable. There are also a number of food stalls as well for those who get hungry. I haven’t been here myself,  but am definitely going to check this out when I do head up to Bangkok in the future.

Getting there: the market moved in 2013 from its old location next to train tracks close to Chaktuchak to a new location behind Seacon Square on Srinagarindra Road, Soi 51, Prawet, close to the Bangkok Racing Circuit. It’s not the most convenient though – you’ll need to take the BTS to either Udon Suk or On Nut station and then a taxi from there. The outdoor market is open on Friday to Sunday from 5pm to midnight.

I’ve got a couple of other shopping suggestions for those who really want to do some hardcore shopping, so hit me up in the comments if you want more recommendations!

10 thoughts on “3 alternative spots for shopping during Bangkok shutdown”