Travel turned me into a junkie – a spa one. At least as far as addictions go, a spa habit is kind to the body, if not the wallet. In fact, I believe it was the high prices of treatments in New York that kept me from realizing the depths of my dependency – once I hit the road and discovered $9-an-hour back rubs in Bangkok? Let’s just say it wasn’t long before I was a massage-a-day spa-goer.

And it really just spiraled from there. I mean, come on — you can’t go to Sweden and not try a Swedish massage! And that whole “When in Rome…” saying, that surely referred to attending a vinotherapy spa when in Italy, am I right? (Yes, it is indeed a thing.) Sometimes, a spa treatment can give you a deeper understanding of the culture you’re visiting, and a unique experience you couldn’t get anywhere else on earth. At least that’s what I tell myself when I’m heading out for my second scrub of the day. Speaking of, here’s a breakdown of my top six spa experiences around the world. 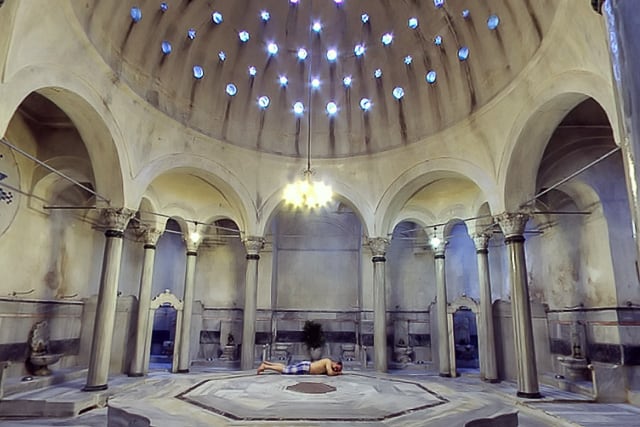 Considering my pampering proclivities, it should come as no surprise that attending a Turkish hamam was one of my top motivators for visiting Istanbul. Personal loofah in hand, I gingerly approached the ladies-only archway, and entered what appeared to be a luxury locker room. Leaving the robe behind, I entered the temple-like sauna. The cavernous room was filled with endless soaking tubs centered about a stone pedestal, where women were being scrubbed raw by bare-breasted Turkish masseurs. When my own turn was over, I was mesmerized by the layers of dirt that had been removed – dirt I didn’t know I’d had. The oil massage after was just okay, but the peek into the way Turkish women have socialized for centuries was divine. A few hours later and a few pounds of skin lighter, I emerged ready to take on Turkey. 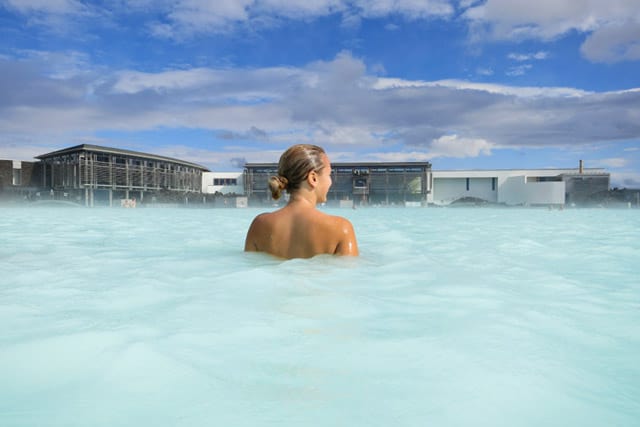 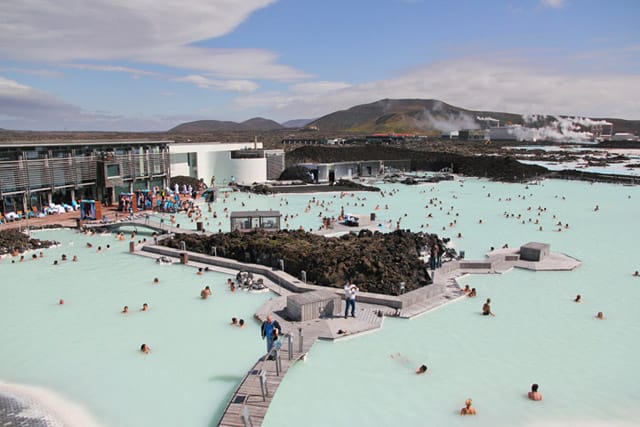 Arriving bleary eyed in Reykjavik off a red eye from New York, I did as 80% of visitors to Iceland do and made my way to the country’s infamous Blue Lagoon. The lagoon’s milky ultramarine waters, created by runoff from a nearby geothermal plant, strangely did nothing to dissuade my enthusiasm. Already, I was having a uniquely Icelandic experience — the Nordic no-nonsense attitude about nudity, the minimalist lines of the high-tech locker room, and of course, the sky-high prices. After spending 30 euros on entry I went wild and dropped another 60 in a half hour floating massage, one of the most peculiar treatments I’ve ever experienced. Suspended on a soft float and surrounded by warm silica-rich waters, the masseuse managed to knead out every remaining ounce of my post-flight stress. My only regret? That I couldn’t afford an hour. 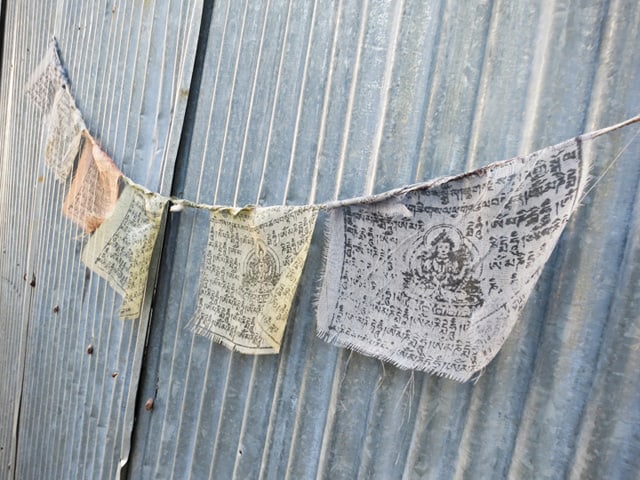 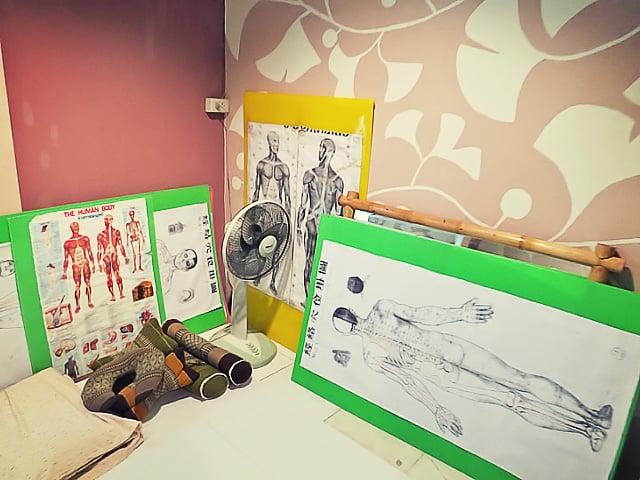 Around the time I reached my hundredth Thai massage, I started to wonder what it was like on the other side of the mat. Thai massage is a workout for both parties – prepare to be turned into a ragdoll while the masseuse prods, pulls, stretches and folds you. A one day course at NAMO in Chiang Mai set me back 1,600 baht, or just under $50, and my instructor ensured me that by the time I left I’d be in hot demand among friends and family for my newfound massage skills. I soon realized I’d been studying all along without knowing it – the course involved reading the theory of a specific move in our course books, volunteering to be the instructor’s demonstration buddy, and taking turns practicing on each other. Course credit for getting a back rub? Sign me up! A large focus of the day was focused on giving positive energy to the client. While I don’t think I’ll be massaging professionally anytime soon, I’ve made sure to send good vibes back up to my masseuse from the mat ever since. 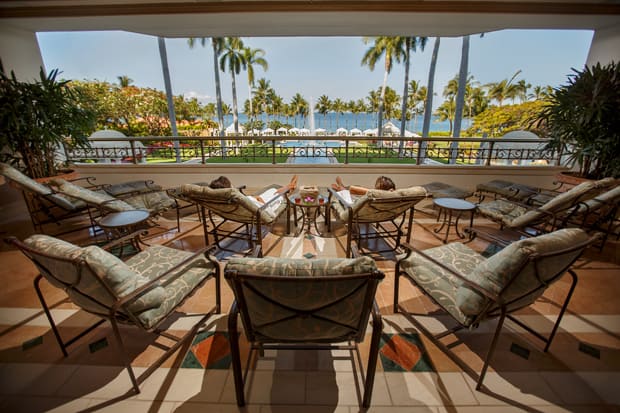 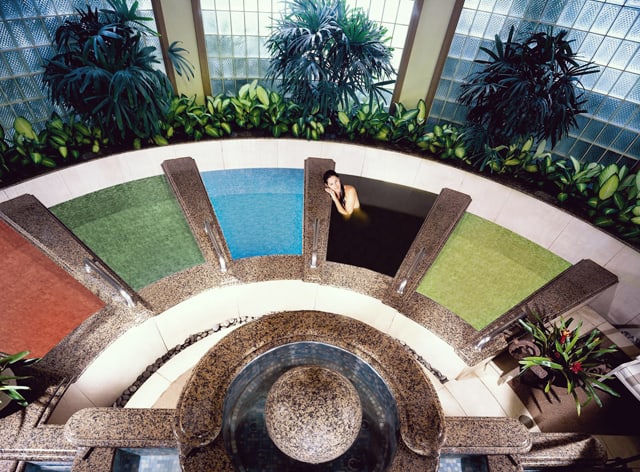 As I checked into the Spa Grande at the Grand Wailea in Maui, my eyes swept over the many awards on the wall. “Top 10 Spas in the United States” by both Condé Nast Traveler and Travel & Leisure magazines? Well, this would be a change from those $9 massages in Thailand! The experience started with a soak in the terme, the highlight being a colorful series of Hawaiian sea salt baths that combined indigenous minerals, herbs, and spices into healing concoctions inspired by each island. My favorite? A cobalt blue bath inspired my Molokai, and designed to ease anxiety. Eventually I was called into the treatment room to experience the ancient Hawaiian practice of lomi lomi. The healing massage incorporates pressure strategically applied by the elbows and forearms of the healer. The waves outside the window seemed to crash into the shore in perfect timing with the stress being kneaded out of my back, and I concluded that Spa Grande had earned every accolade. 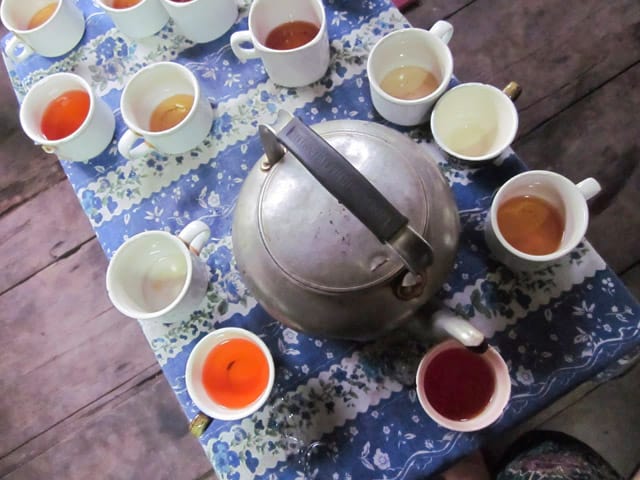 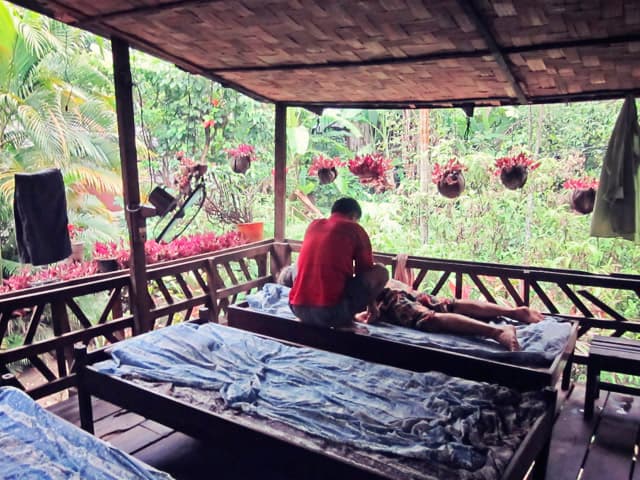 Stuck in the dusty Laotian capital of Vientiane waiting for my visa to Thailand to finish processing, I heard a rumor of an herbal sauna run by monks. Hopping on a motorbike, I made my way out to Wat Sok Pa Luang, a forest temple tucked deep down a rural dirt road. Wandering the grounds wondering if I’d taken a wrong turn, a monk appeared in the distance and waved me towards a stilted wooden structure. Inside, a smiling woman handed me a sarong and pushed me towards a wall of steam. The sauna, a Laotian tradition, was thick with heat and herbs. When I couldn’t take another moment I emerged to a piping hot cup of tea, and agreed to a massage in the open-air pavilion. After an hour of being stretched and squeezed while listening to the rain hit the thatch roof above, I went to pay my bill, a whopping 50,000 kip — or six dollars. “What’s the difference between a Thai massage and a Lao one?,” I asked the kind sauna attendant. She smiled in response, “Price.” 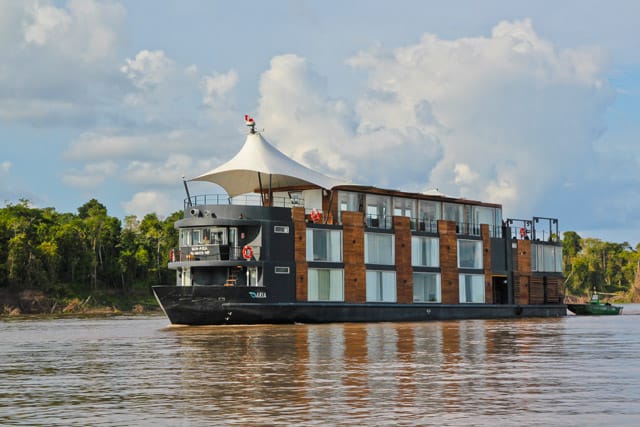 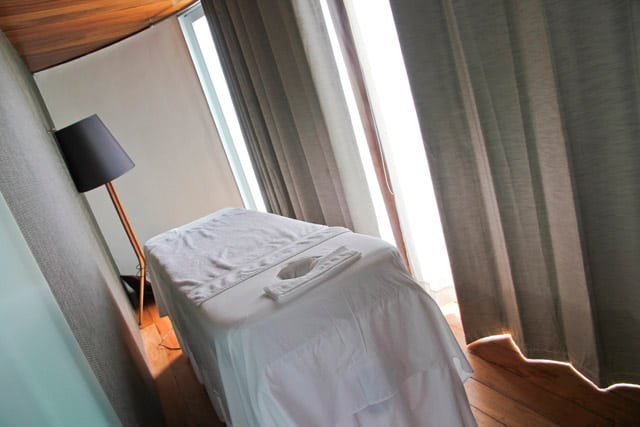 Deep in the remote Pacaya-Samiria National Reserve of the Peruvian Amazon, the last thing on my mind was getting a spa treatment. But when I realized there was a masseuse onboard, it seemed downright rude not to take advantage of her services! And at $55 an hour, the price was right for a luxury cruise liner like Aqua Expedition’s The Aria. For sixty minutes I alternated between a silent state of bliss and chatting in Spanish with the masseuse, who had grown up along the very river we were sailing. While there were privacy curtains, I requested to keep them partially open, so we could watch the shores of the mighty Amazon float by. I can’t imagine a more scenic view from a massage table.

Are you a spa junkie like me when you travel? What’s been your best hit?

15 thoughts on “My top 6 spa experiences around the world”