The island of Palawan is found to the west of the majority of the islands of the Philippines, and historically it has been one of the most sparsely populated areas of the country, although this has been changing over recent years. With two separate UNESCO World Heritage Sites and some spectacular scenery to enjoy, there is no doubt that Palawan should be one of the stops considered on any trip to the Philippines. At 280 miles in length, there is plenty of terrain to explore, and a variety of different sites that help to make this one of the Philippines’ most interesting destinations. 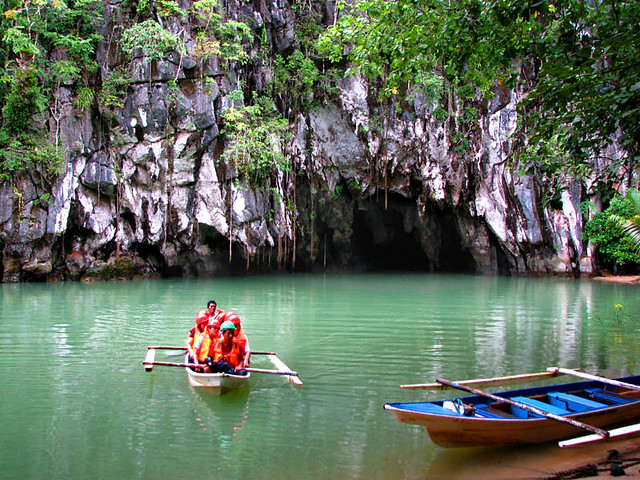 The first of the island’s UNESCO World Heritage Sites is located around fifty miles north of the city of Puerto Princesa, and is a river that runs through a huge cave for several miles before flowing into the West Philippine Sea. Visitors to the island can take one of the regular boat tours that take people into the cave itself, and seeing the spectacular stalactites and stalagmites is a beautiful part of the trip. The soft limestone of the cliffs in this area has led to several caves and caverns being created by the rivers in the area, and it is also an area of great biodiversity, with one of the highlights of the journey being the wonderful bat colony to be found within the subterranean river.

Often referred to as the ‘cradle of civilization in the Philippines’, the Tabon caves are home to some of the oldest archeological discoveries in the country, including the skull cap of what is known as ‘Tabon Man‘, which is up to twenty four thousand years old. There have also been a variety of jewelry, stone tools and earthenware burial jars that have been found in these caves. Two of the largest and most impressive caves have been opened to the public, and one visitor to the complex contributed to the excavations when he spotted that some of the shapes near the entrance to the caves were different to the rest of the rock, and it is speculated that these are sculptures of elephants that once lived on the island.

This coastal village offers some wonderful rustic accommodation for visitors, and there is no doubt that the area offers a relaxed and charming atmosphere for those looking to get a little off the tourist trail without sacrificing too many luxuries. There are a couple of beach side restaurants that allow visitors to grab some of the local cuisine and a beer or two, with the most popular activity being relaxing on the beach. For those looking to explore the area, there are some interesting islands just off the coast at Port Barton, and you can hire a boat or join an organized trip to explore, and maybe try some snorkeling or scuba diving. 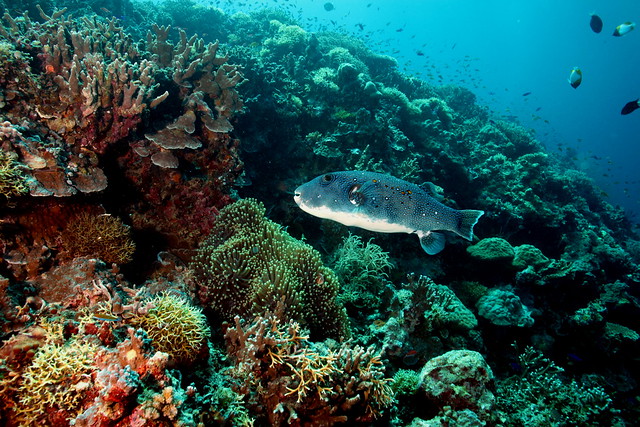 Although not strictly on Palawan Island itself, those who are looking to explore this amazing UNESCO World Heritage site will usually begin their trip in the city of Puerto Princesa. The reef is widely considered to be one of the best diving sites in the Philippines, with superb visibility and clear waters making for some spectacular dives, and although there are no parts of the reef where it is possible to land, there are some ships that run aground in the area from time to time.

An operating prison is not usually on the tourist radar in most cases, but this interesting place offers a look at some of the alternatives to incarceration that the Philippine Penal system has to offer. Those working the farms here are prisoners who have committed smaller crimes, but are allowed to work the farms of the area and sell small souvenirs instead of being incarcerated in a normal prison. Here they work for their living and also get to live with their families, and they are very welcoming to visitors and are happy to show them around this beautiful part of the island.

The top attractions to enjoy on Mindoro Island

5 thoughts on “The top places to visit on Palawan”