Skip to content
Home » MSH+Contributors » Beyond Istanbul: There’s more to Turkey than its largest city

Often times, people don’t venture beyond visiting the largest city of a country. In the case of Turkey, this would be a devastating mistake to make. With both Asian and European influence, Turkey is climbing the ranks as a popular destination for travelers and it’s no surprise why. But Turkey’s charm extends far beyond the confines of Istanbul, its largest city. 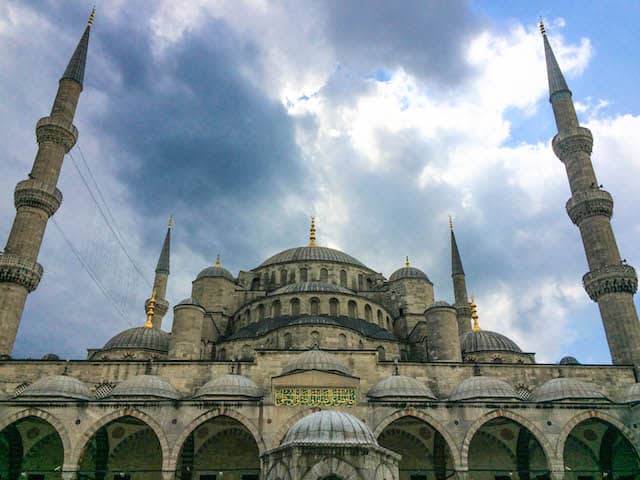 Don’t get me wrong; from the jaw-dropping architecture of the Blue Mosque and Hagia Sophia to the cute cafes and bars in the hip Taksim district, it’s clear that Istanbul is an amazing city with a rich culture. But there are many more things to do in Turkey beyond Istanbul. 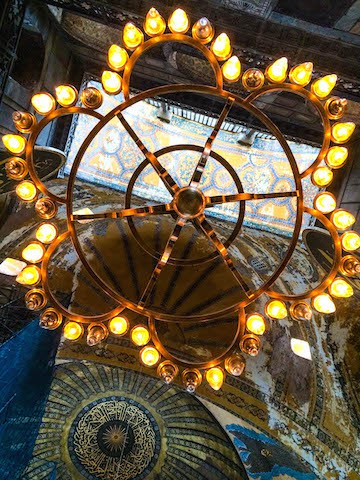 Inside the Hagia Sophia

So what else is there to see and do in Turkey? So much that Istanbul will quickly become a distant memory.

Rise above the clouds in Cappadocia

Cappadocia’s Mars-like terrain is intriguing. This region is full of ancient villages and monasteries made of caves and underground cities that can be explored on foot, but it pales in comparison to what can be seen from above. 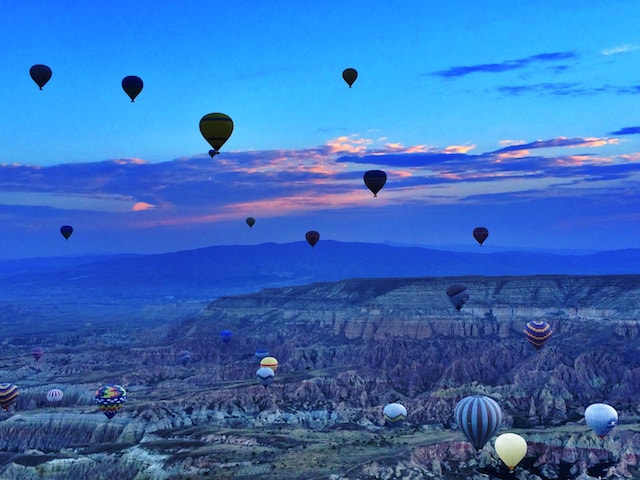 The fairy chimney rock formations are even more stunning when seen from a hot air balloon at sunrise. Waking up at the crack of dawn is so worth it when you can see your surroundings from a new and fresh perspective – literally. Cappadocia is one of the best places in the world to take a hot air balloon ride. 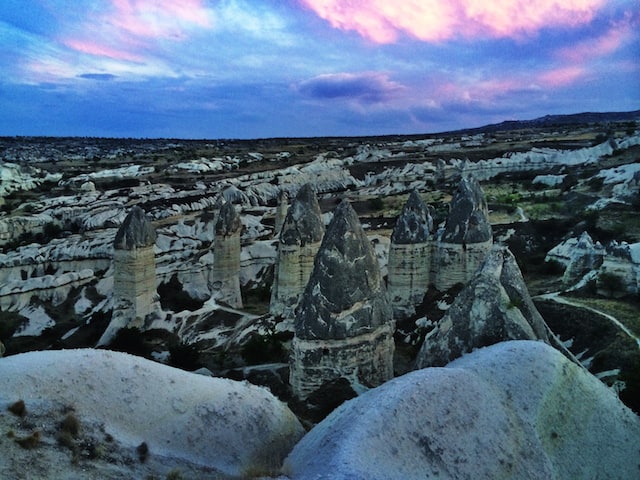 The Mediterranean Sea just might be one of the most gorgeous bodies of water in the world, and the Turkish Mediterranean region offers so many places to explore. Spending a few nights on a boat cruise is the best way to see the popular Antalya, hippyish Olympos, picturesque Kaş, lagoon-like Ölüdeniz, and hidden Butterfly Valley. 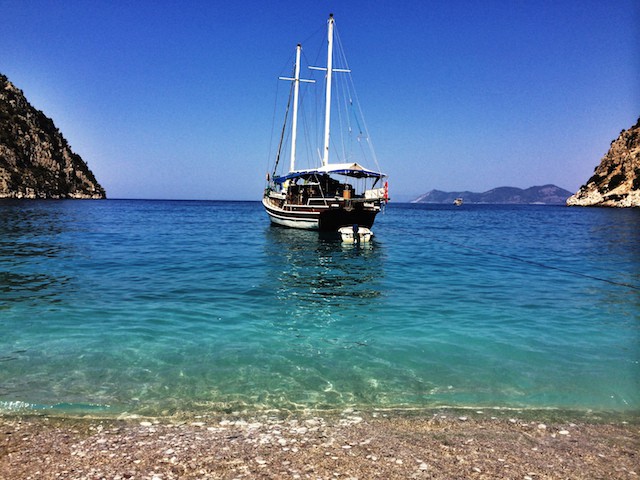 Even if you’re swimming far offshore, you’ll be able to see clearly through the pristine waters of the Turkish Mediterranean. Adventurers can hike to a waterfall in Butterfly Valley, adrenaline junkies can paraglide in Ölüdeniz, or the laid-back traveler can simply relax and take in the tranquility of the sea. It’s impossible to be bored here. 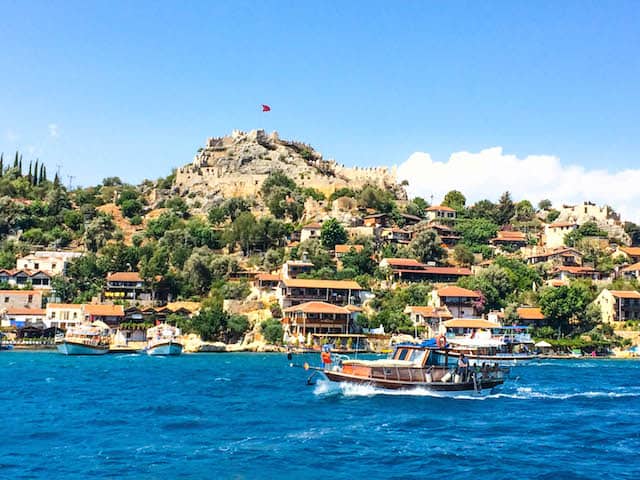 A boat cruise is the best way to see the best places in the Turkish Mediterranean without having to worry about the transportation. Sunrises and sunsets I saw on my 3-night boat cruise were so surreal that I had to pinch myself. 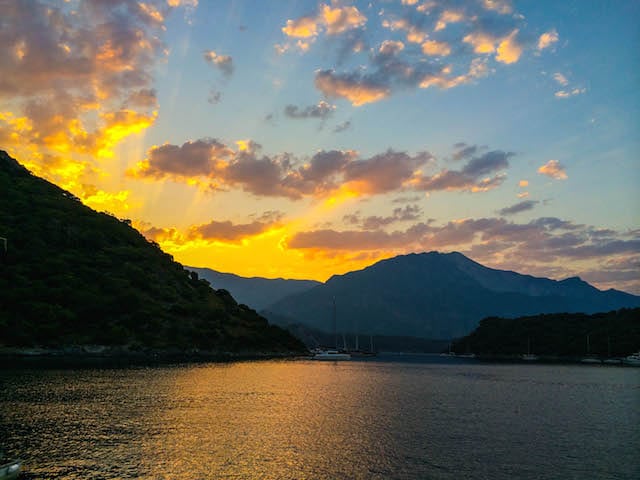 Sunrise as seen from the deck

Bathe in the thermal hot springs of Pamukkale 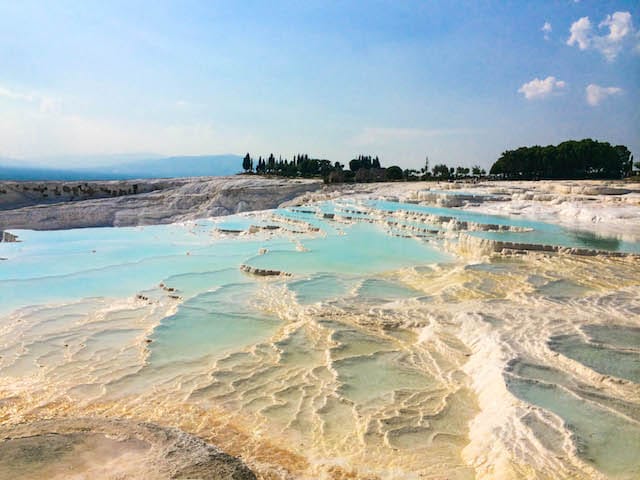 Even if you’re visiting Turkey in the middle of the summer, you’ll want to bathe in the natural thermal pools in Pamukkale. These “cotton castles” are mineral hot springs that look like little white terraces filled with mystical blue water. 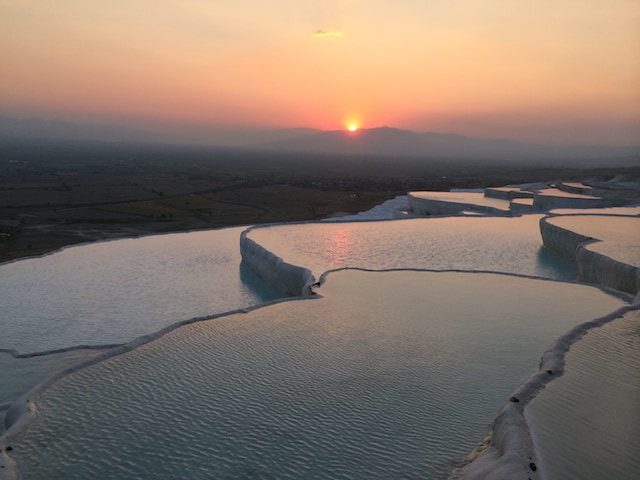 Dip in the pools of water as you make your way to the top of the hill, and take in the Turkish countryside as the sun sets. Stepping in the soft, clay-like ground of the pools feels strange at first, but the water is warm and thermal pools just aren’t something you come across every day. The thermal pools are bright white; so don’t forget to wear sunglasses. Your retinas will thank you later. 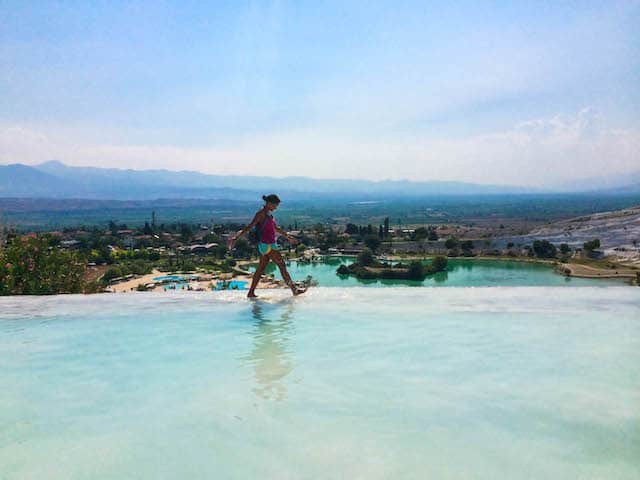 Step back in time in Ephesus

Turkey’s history is rich and diverse. A lesson in history can best be learned in ancient Ephesus, once a Greek city, later under Roman rule, and now home to some seriously fascinating ruins. 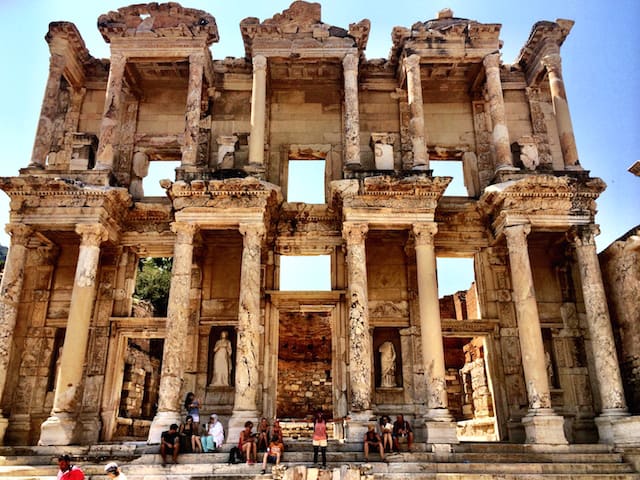 It’s impossible to imagine exactly what Ephesus looked like in its heyday when the Romans ruled this part of the world, but it is interesting to see how different this country is now from its ancient past. As someone who has never been to Greece, I found the Ephesus ruins to be very impressive. 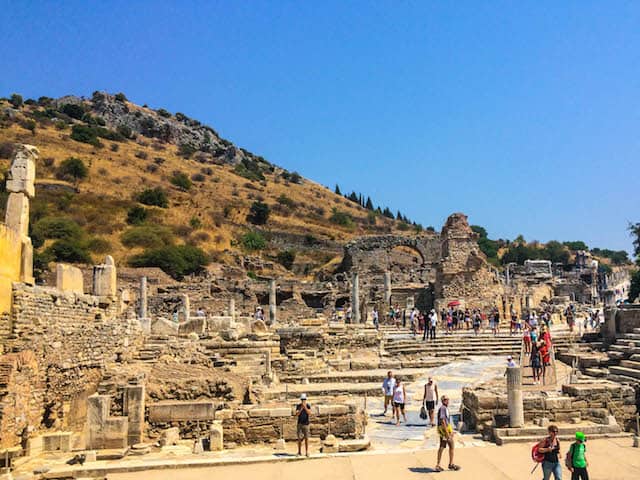 First venturing east to Cappadocia, then south to the Mediterranean coast, and west to Pamukkale and Ephesus, you can cover half of Turkey and have seen some of the most beautiful sights you’ve ever laid eyes on.

What are you waiting for?

What other spots in Turkey would you recommend beyond Istanbul?

Istanbul Itinerary: Your Guide to a 2 Day or 3 Day Visit

6 thoughts on “Beyond Istanbul: There’s more to Turkey than its largest city”