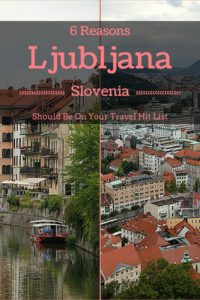 With a population of just under 300,000, Ljubljana is one of Europe’s smallest capital cities.  But all the best things come in small packages, so they say, and Ljubljana is no exception.

A green and liveable city

Boasting 542 square metres of public green space per resident, and a traffic-calmed historical core where pedestrians and cyclists are king, the city that also actively promotes quality of life and sustainable tourism is thoroughly deserving of its title as The European Green Capital of 2016. 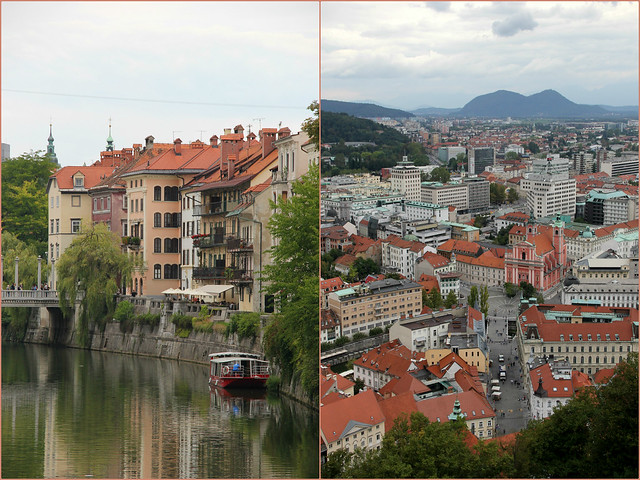 Lined with attractive riverside cafés and crossed by numerous bridges, the Ljubljanica River flows through the heart of the city and is the focal point of life in the city in the summer months and is the center for some of the great day bike trips located here.

Perched on top of 375-metre-high hill east of the Old Town, Ljubljana’s castle dates back to the 16th century, when it was largely rebuilt following a severe earthquake in 1511.  There are several walking routes that will get you to the castle, or you can choose to ride the 70-metre-long funicular that leaves from Vodnikov trg, close to the market.

Make sure you linger long enough to watch the wonderful animated film about Ljubljana’s history (narrated by a dragon nonetheless), and also to marvel at the temporary art exhibitions and local craftsmen at work.

Wander the cobbled streets of Ljubljana’s old town and you’ll find numerous examples of its curious and fascinating art work. 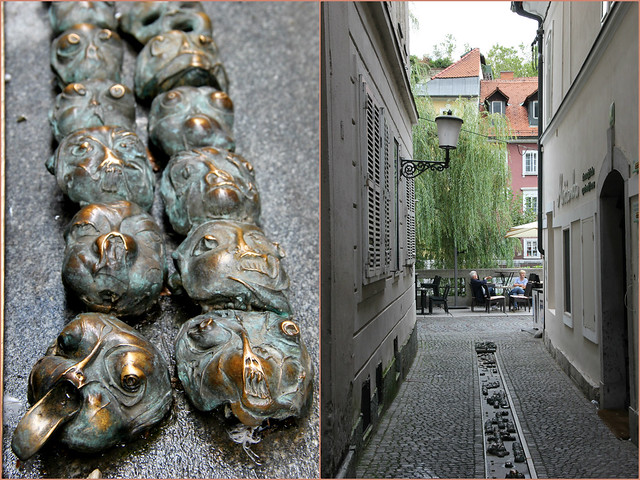 Don’t forget to head down to the riverside and stroll over a few of the bridges that cross the Ljubljanica, as this is where you’ll find the largest concentration of Ljubljana’s interesting sculptures. 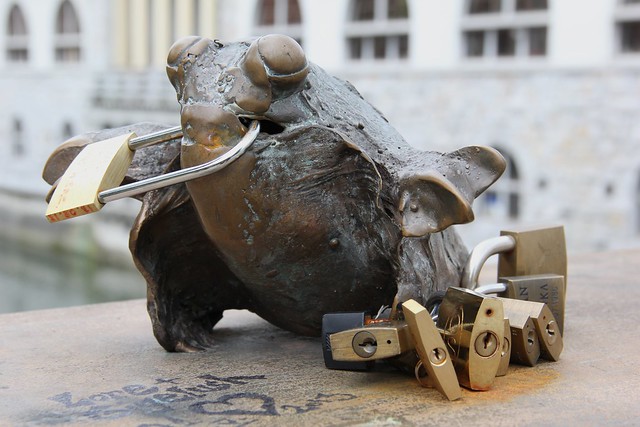 From the castle you’ll get a panoramic view of the city down below, or head up to the rooftop of Nebotičnik – Ljubljana’s tallest skyscraper – for views of Ljubljana’s castle towering over the city’s terracotta-tiled rooftops.  There’s a café/bar up here so for the price of a coffee you can snap a few postcard-worthy photos. 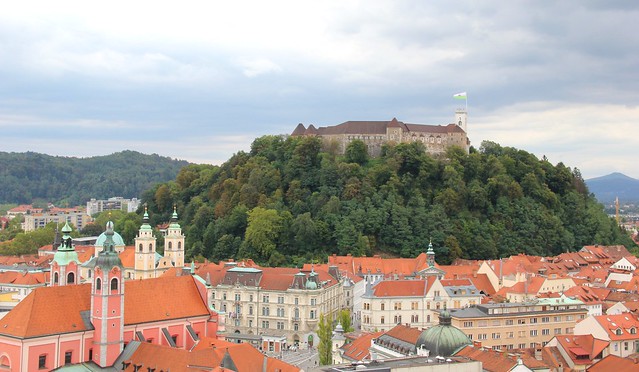 You’ll be spoilt for choice in Ljubljana’s Old Town, with restaurants and cafés lining the Ljubljanica’s leafy banks.

However one of our favourites was Pri Škofu, tucked down a little side street in tranquil Krakovo.  It’s not a restaurant you will ‘stumble upon’ but it’s well worth seeking out.  There are a few tables outside, some under the shade of a large tree, and some with their own parasols, and the whole area has been decorated with attractive plants and flowers, and candles on the tables, and has a lovely intimate feel to it.

There’s no menu to read (apparently because the menu is changed on a regular basis depending on the availability of seasonal ingredients), but the polite, attentive waitress will read it out to you very eloquently.

The food itself was well-presented, perfectly cooked and fresh, the flavours were interesting, thoughtful and different (my salmon was served with red currants, with a red currant and orange sauce), and the service was excellent. I honestly cannot recommend this place enough!

Ljubljana’s large student population (around 50,000) fuels an eclectic and buzzing nightlife scene.  For early evening drinks in the summertime, you can’t beat one of the city’s riverside bars, but if you’re after a more alternative scene then you’ll need to head a little farther from the centre.

Metelkova Mesto is an autonomous republic housed in an old Yugoslav military base on the fringes of the city centre (although still only a 20-minute walk from the Old Town Square).  A left-of-centre collage of cultures and free-living lifestyles, Metelkova houses an eclectic collection of bars, clubs, concert venues, and art galleries. 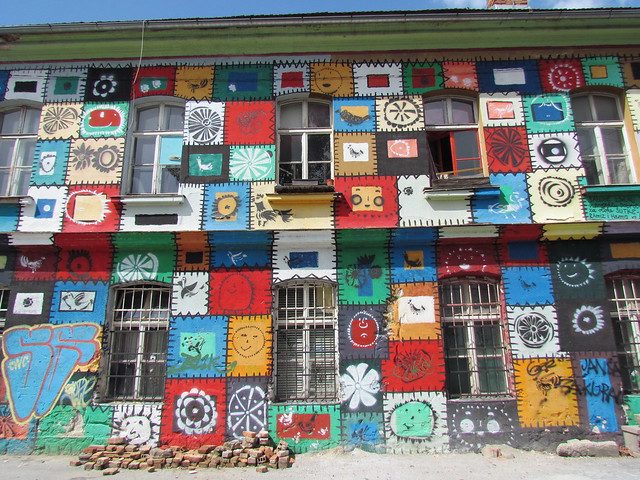 5 thoughts on “6 reasons to add Ljubljana, Slovenia to your travel hit list”