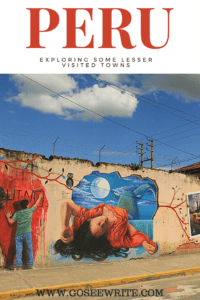 Not many tourists make it to Peru’s Northern Highlands – an area that stretches from the western foothills of the Andes to the Amazon Jungle – simply because the region is so far away and so inaccessible from the country’s major tourist attractions (Cusco, The Sacred Valley, the desert oasis of Huacachina and Lake Titicaca) towards the south of the country.

But for those of you who can do without reliable WiFi connection, comfortable air-conditioned buses, well-maintained roads, and English-speaking locals, Peru’s Northern Highlands offer rewards in bucket loads.  The region is home to some beautiful national parks, as well as one of the country’s most spectacular pre-Columbian ruins, and one of the world’s tallest waterfalls.

Surrounded by vast zones of little-explored cloud forest, Chachapoyas is a bustling but laid-back little market town whose streets are lined with white-washed colonial architecture.  There are a good selection of hostels and budget hotels, a few cafés, and an amazing bar where you can sample an extensive menu of drinks from La Selva (the jungle).

Chachapoyas is a great base from which to explore the incredible ancient ruins  left behind by a civilisation known as the Chachapoyans (“People of the Clouds”).  The most famous of these ruins is Kuélap, a walled citadel that sits at 3100 meters above sea level, on a ridge overlooking the Utcubamba Valley. 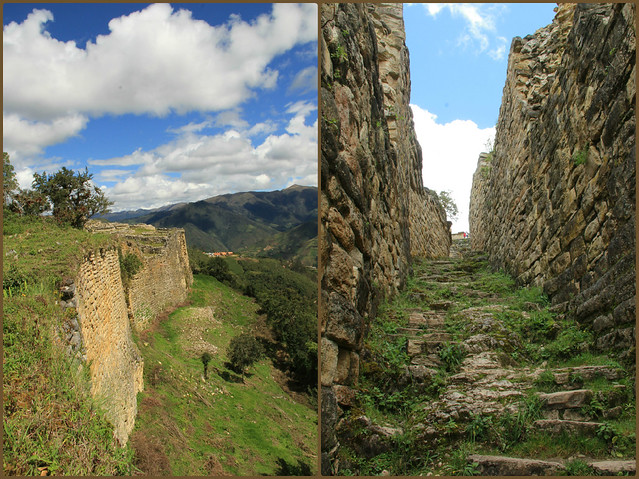 With the exception of the round stone houses, this enormous 700-metre long fortress remains largely unrestored, and the land upon which it sits is overgrown with old trees laden with bromeliad.  Even the remains of individual structures are partly covered in sub-tropical vegetation and shrubs, making this feel like a truly ‘off-the-beaten-path’ discovery.

The 360 degree panoramic views of the northern Peruvian countryside are also incredible. 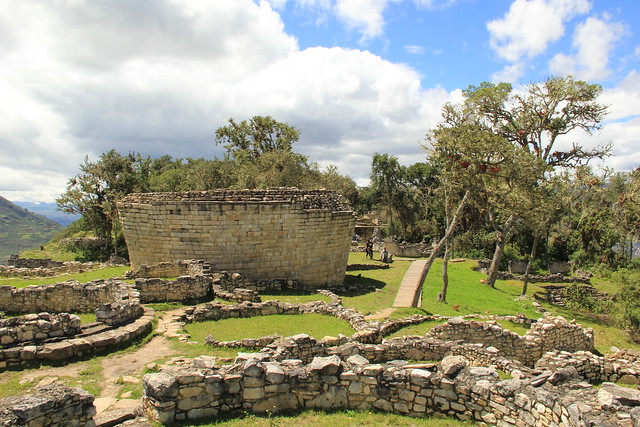 Another Northern Highland treasure, the Catarata de Gocta is also easily accessible from Chachapoyas – although it’s a two-hour hike to the base of the falls.  Catarata de Gocta is ‘unofficially‘ the fifth highest free-leaping waterfall in the world (there is some dispute online as to where it officially ranks), and amazingly escaped notice of Peruvian government, satellite images, and international explorers until as recently as 2005. 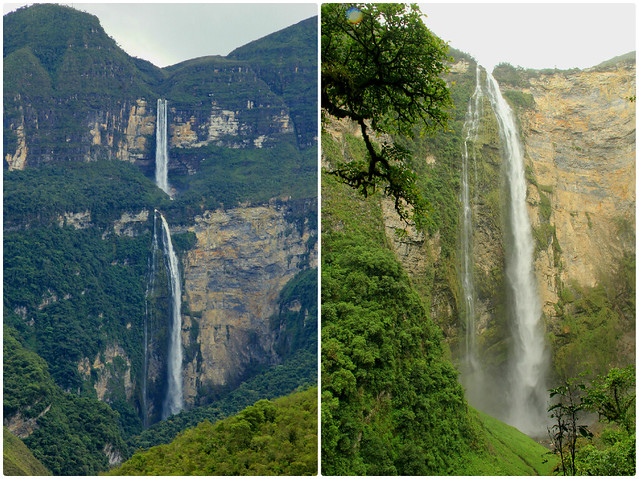 Located in the valley of the Utcubamba river, and surrounded by lush mountain scenery, Leymebamba (or Leimebamba, as it’s also spelt) is a charming laid-back town with a population of just 1100 inhabitants. 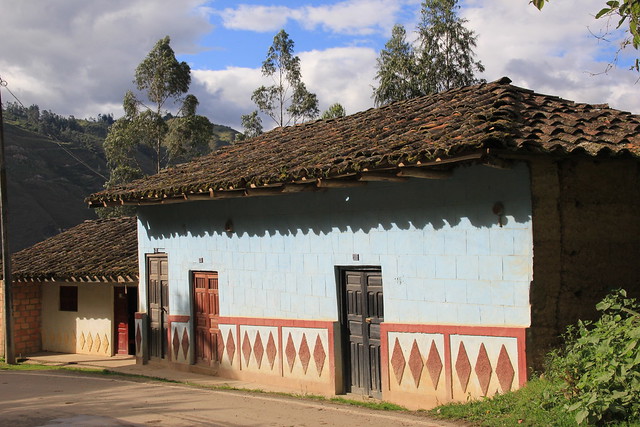 Although I wouldn’t recommend visiting on Easter Sunday (all of the cafés and most of the local shops were closed), the town’s isolation was a large part of its appeal.  You’ll have the charming cobblestone streets almost entirely to yourself, save for a few horses (they’re still used as a major form of transport here) and traditionally-dressed locals who stare curiously at you as you pass. 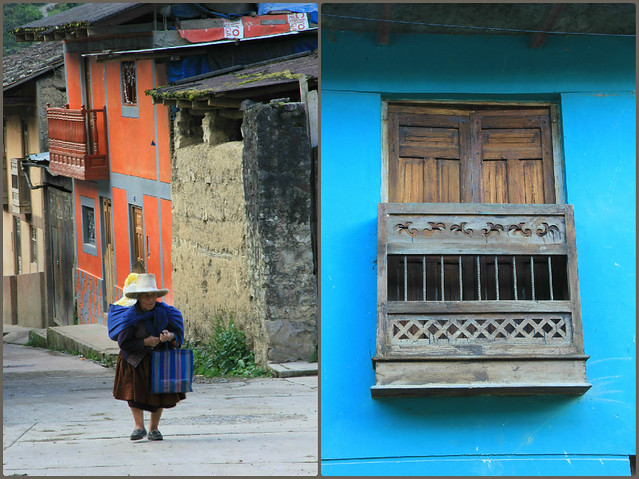 The Museo de Leymebamba, a few kilometres out of town, was open when we arrived, and turned out to be a really interesting little find.  It houses over 2000 artifacts and 210 of the 219 mummified bodies found at a local burial site, and gives a wonderful glimpse into the history of the Chachapoyan civilisation. 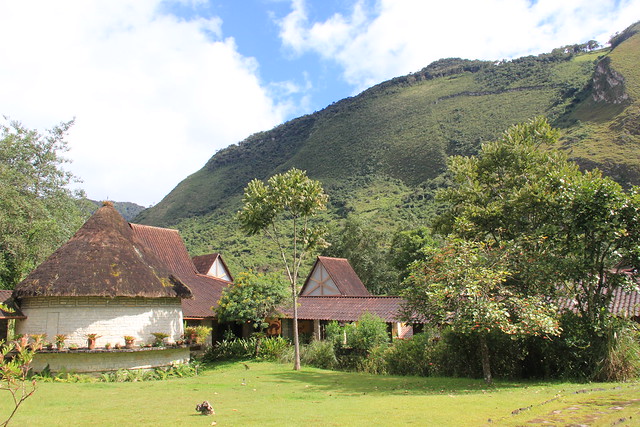 There’s a wonderful orchid centre here and some relaxing hot springs, but the best thing about Moyobamba for me was our stay at La Casa de Seizo.  Set around an attractive pond filled with tilapia and in gardens overflowing with interesting plants, flowers, and wildlife, La Casa de Seizo is a delightful, totally isolated little guesthouse where you’ll be made to feel like family. 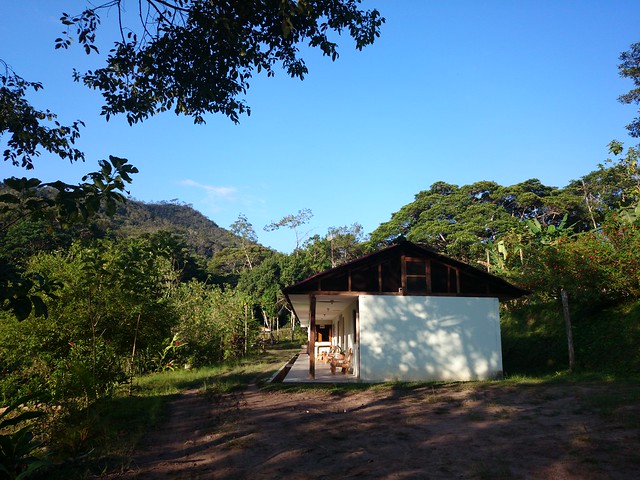 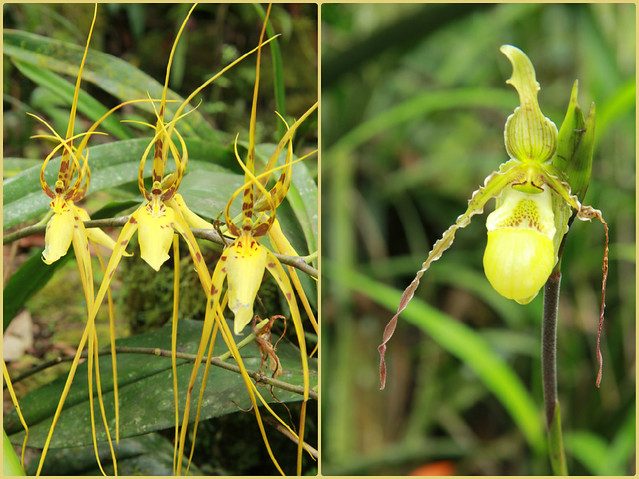 The Vietnamese owners, and their extended family of friends who also live on the premises will be more than happy to give you a personal tour of their little haven of peace and tranquility.

Straddling the base of the Andean foothills, and sitting on the edge of the vast jungles of eastern Peru, Tarapoto is the largest city in the San Martin province and even has its own airport.  If you’re coming from Iquitos (as we were, following our forays into the Peruvian Amazon), Tarapoto is the closest place you can fly to, in order to reconnect with Peru’s road network. 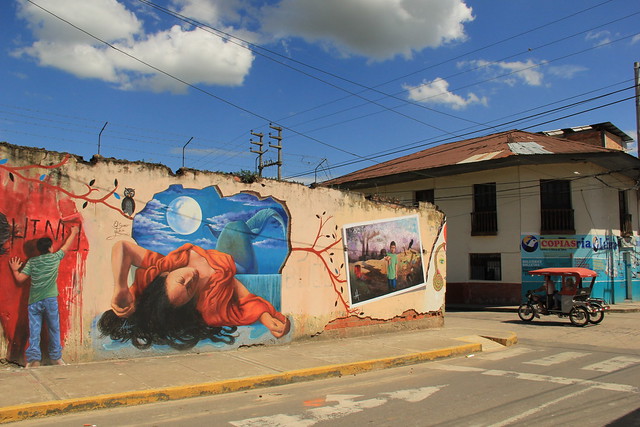 Whilst there are no notable sights in the city itself, the streets of Tarapoto are home to some of the best quality street art I saw in the whole of Peru, a small selection of cafés and restaurants serving up some tasty jungle-inspired cuisine, and a couple of great little bars (check out Stonewasi and La Alternativa). 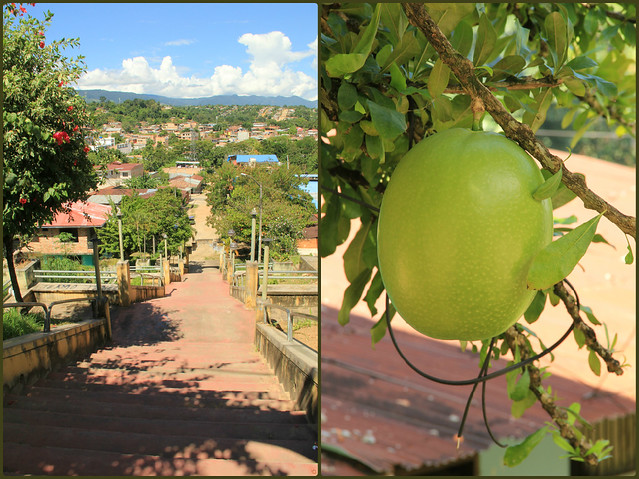 What’s more, Tarapoto is surrounded by some incredible lakes and waterfalls, but make sure you avoid visiting at weekends when all the locals seem intent on doing exactly the same.

Situated 2720 metres above sea level, in a fertile valley surrounded by tall mountains, Cajamarca’s historic centre is filled with cobbled streets, majestic  churches, and graceful colonial architecture.  And whilst the tourist infrastructure is still very much in its infancy, one of the best restaurants in the whole of Peru is located here, along with one of the loveliest hostels. 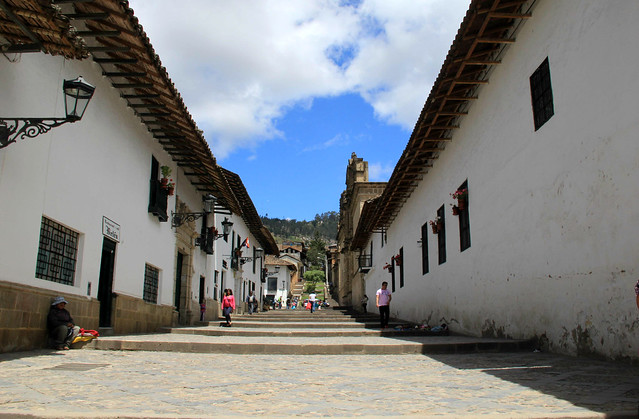 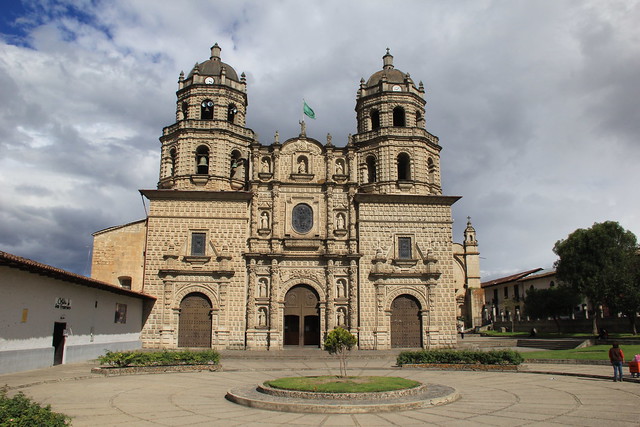 Don’t leave without taking a walk up to the Cerro Santa Apolonia viewpoint, taking a peek inside El Complejo de Belén, bathing in the Baños del Inca, just outside the city, and sampling some local cheeses.

Whilst there are other areas in Peru where you can really escape the Gringo Trail (try travelling between Huaraz and Cusco along the back roads via Huancayo and Huancavelica), I found none with scenery as spectacular as I found in the Northern Highlands.

The colors of Peru… and black and white, in photographs

Glimpses of some incredible luxury hotels in Peru