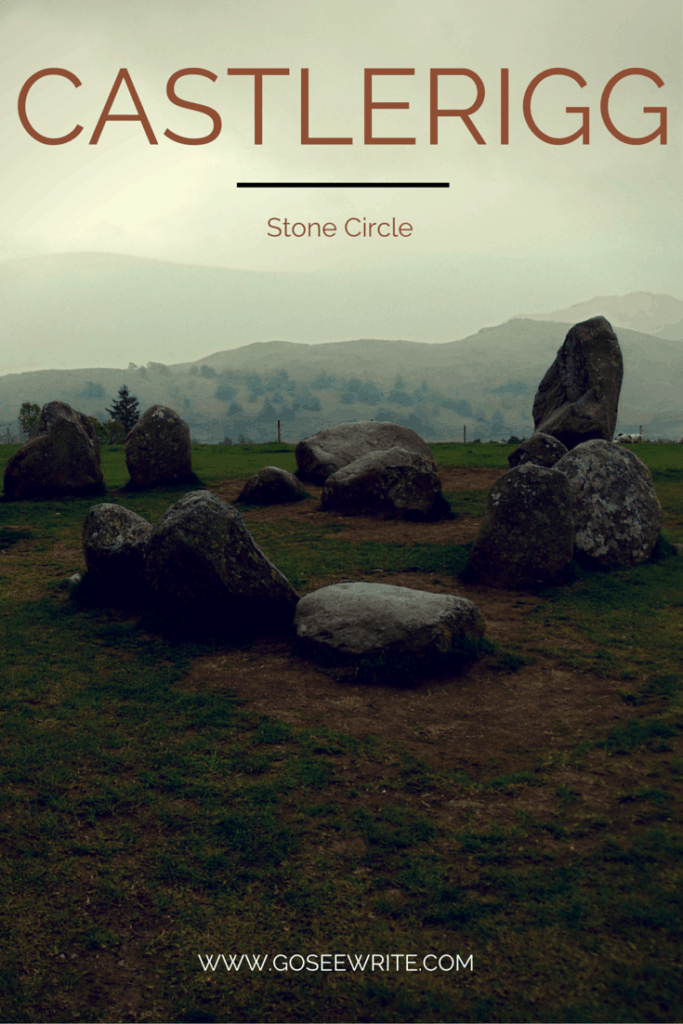 I had never seen a stone circle before visiting Castlerigg and, oh my, was it ever a good one to start with!

Photo via Flikr by Andi Campbell-Jones

Luckily for me, this wasn’t too far from where I was spending a quiet few days in the middle of absolute nowhere.

Okay, it wasn’t exactly ‘nowhere’ but the skinny winding roads and overpopulation of sheep made it feel pretty far from the rest of civilization; a marvelous change of pace once in a while. My B&B in England’s Lake District was in a little area called Bouth. It isn’t exactly an area known for nightlife or crowds but if you’re looking for a picturesque village to relax in, challenge yourself with some great hikes, and look out your bedroom window every morning to sheep and horses in never-ending fields, Bouth is the place to be. 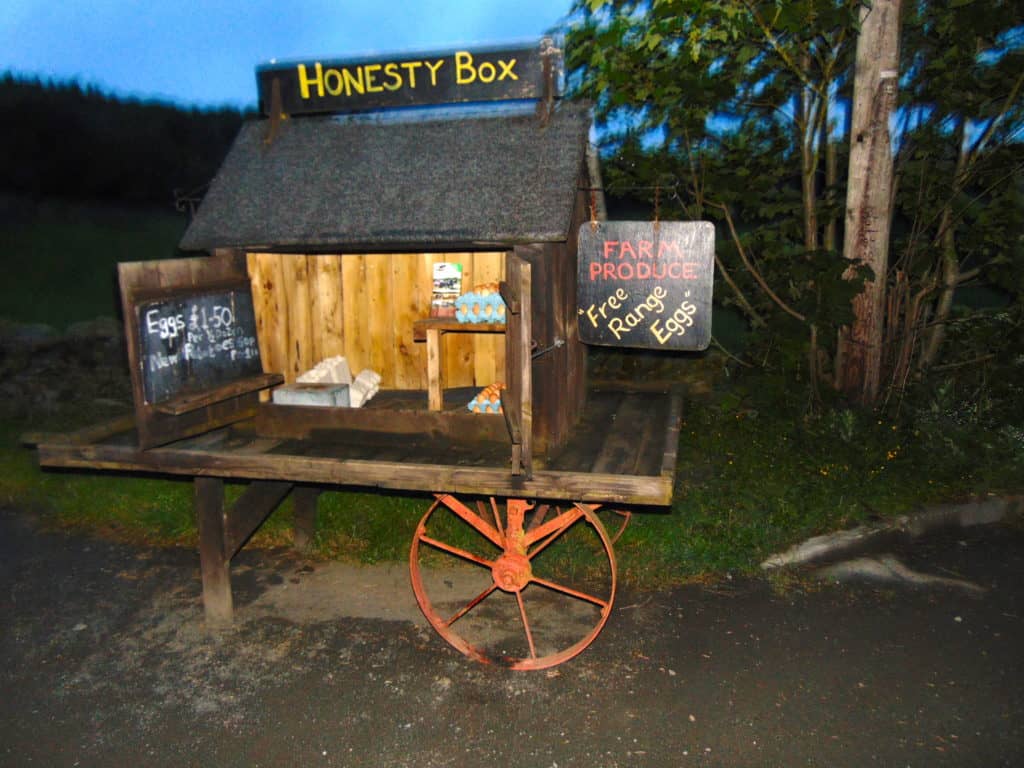 It’s also the kind of place that has honesty egg boxes.

In addition to my hours of daily hiking, I was happy to learn that there was a stone circle near by.

I arrived at the circle on a foggy afternoon and was pleasantly surprised to be one of the only people there. Castlerigg hosts thousands of visitors each year, all of whom visit simply to gaze and wonder.

The drizzle and fog enhanced the deserted feel of the area. As I walked toward the circle I overlooked Thirlmere Valley and beyond that, the High Seat and Helvellyn mountains. As an added touch to the natural beauty and romance of the circle, there were sheep scattered in the field casually glancing over at me as I explored the grounds. 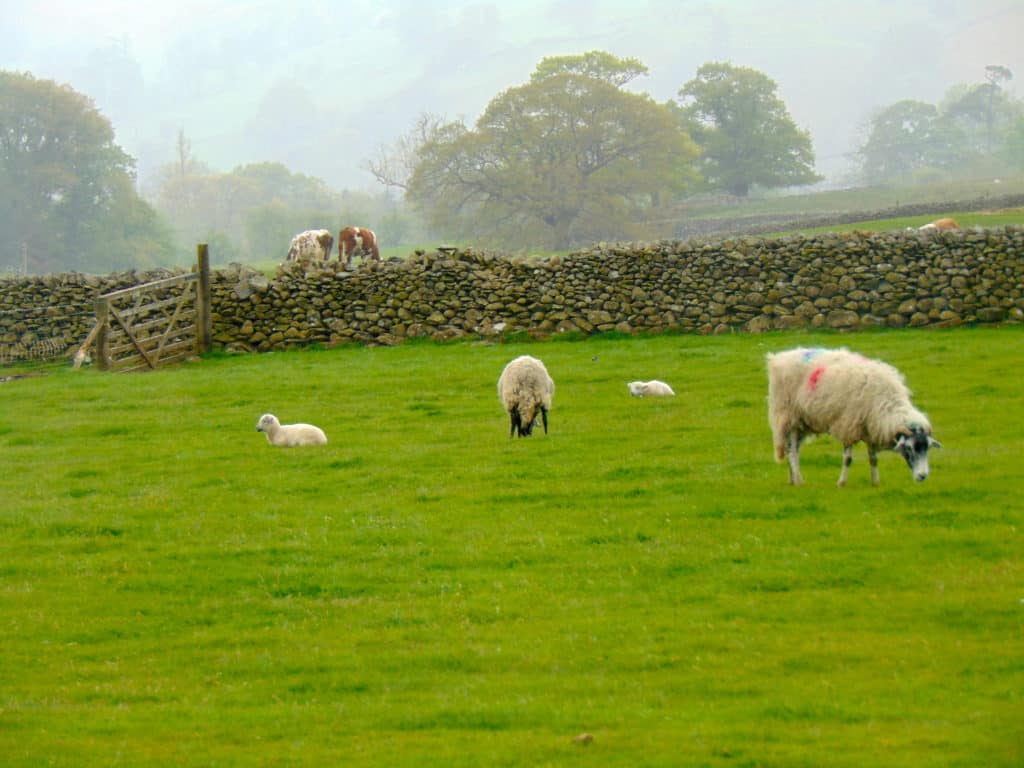 I also learned why some sheep have different colors on their backs. Look it up.

While the view is enough to take your breath away, the importance of Castlerigg is so much more. The circle is considered to have been constructed around 3000 bce, making it potentially one of the oldest stone circles in the country.

It is documented that there are 38 stones in the circle and, within the ring, a rectangle of 10 more. According to a tale, it is impossible to count the number of circles and that every attempt at counting will come up with a different number. I wish that I had known this beforehand so I could have given it a go.

What were stone circles used for?

Many of the 300+ stone circles in England, dating from approximately 2000-800 bce, contain evidence of cremation in central pits; Castlerigg and other stone circles said to be from the Neolithic time do not. Castlerigg has not been extensively excavated and is now protected by the state as part of the Ancient Monuments Protection Act 1882 after visitors had been chipping parts of the stone away as souvenirs. 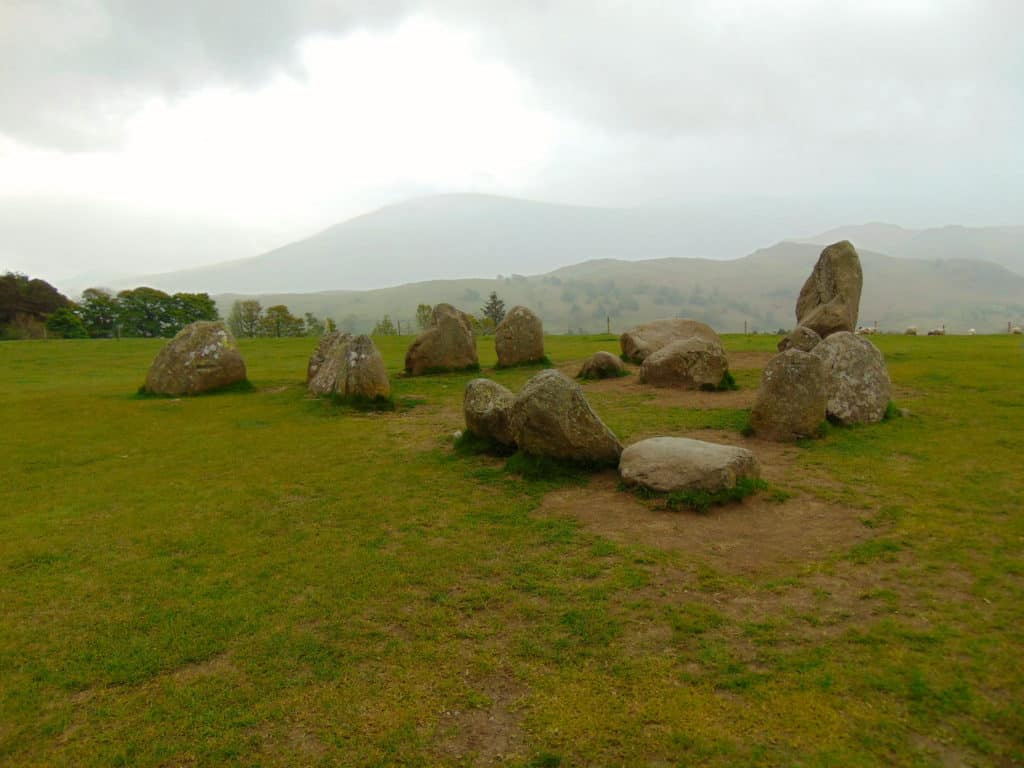 What the Neolithic stone circles do have in common is that they typically have an entrance marked by two huge upright stones side by side. Astronomical significance has been suggested as a reason for this but close examination of such significance has shown no consistency throughout other early stone circles.

Another unusual feature that Castlerigg has in common with only one other comparable circle found at Askham Fell is the rectangle of standing stones within the circle.

Perhaps these circles were used as a religious center, a place for ceremonies, or a trading place for stone axes. Whatever the circle was used for, it was undoubtedly an important area to the people at that time.

Why is it so darn beautiful?!

If you plan on visiting Castlerigg, I hope you have a navigation system in your car. I assumed there would be large billboards and “Tourists Go This Way” signs on the street.

The only thing marking the area at all was the ice cream truck parked across the street.

Now that I’ve seen Castlerigg I’m itching to see and learn more about these fascinating circles. Sometimes it’s nice to remember that everything we know, remember, and have documented is barely a portion of the history the world holds.

“Romancing the Stone” from Cartagena

6 thoughts on “Castlerigg Stone Circle – How I stumbled into history”