Hate airport layovers and just want to get as far away as you can, all at one shot? Check out the top 3 longest non-stop flights you can take today without having to disembark. Happy circling the globe! 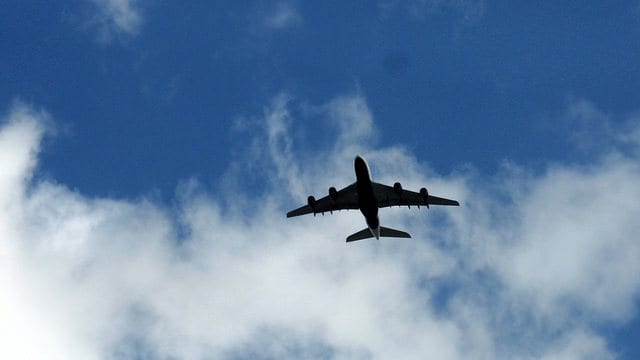 Photo via FLIKR by Sean MacEntee

In June 2016, United Airlines launched the first ever non-stop flight connecting Singapore and San Francisco over the Pacific Ocean. You can now go from foggy days to perpetual sunshine in less than a day – Singapore is a favorite place for travellers headed to Asia to stopover in because of its award-winning airport and convenient location as a hub, while San Francisco is one of the busiest airports in the United States and seeing a rising increase in international tourists to the Bay Area.

This Qantas flight reigned as the longest non-stop flight for two years since its launch in September 2014, though it has since been overtaken by the recently launched Auckland-Dubai flight above. The massive A380 flies you from the western coast of Australia across the Pacific Ocean to Dallas in the central portion of the United States. A flight code-shared with American Airlines, it shaves off at least four hours compared to if you did a quick stopover.

Currently, the longest flight you can take today is from the green expanses of New Zealand‘s North Island to the desert oasis city that is Dubai. Launched in March 2016 by middle eastern airline Emirates, this non-stop flight saves you about three hours or more of transit time. Go from seas of sand to rolling grasslands – those in Dubai can escape the punishing summer desert heat in less than a day by hopping directly over to winter in the southern hemisphere. And if you are the other way, it is easy to get from the Auckland airport into town when you arrive.

12 things to do in San Francisco